The Efjord Cabin is a triple-glazed glass cabin that one newlywed couple calls home on the Hallvardøy Island in northern Norway.

When you’d rather spend your honeymoon in your own home than in a luxe hotel somewhere on the beach, you know you did something right. When Frode Danielsen and Tone Beathe Øvrevoll went on a holiday to Hallvardøy Island in northern Norway, the couple spent the next two years there designing their dream home where they’d soon spend their honeymoon and the rest of their lives together. The couple looked no further than the internationally renowned architecture studio Snorre Stinessen Architecture for help in building their dream home, The Efjord Cabin. 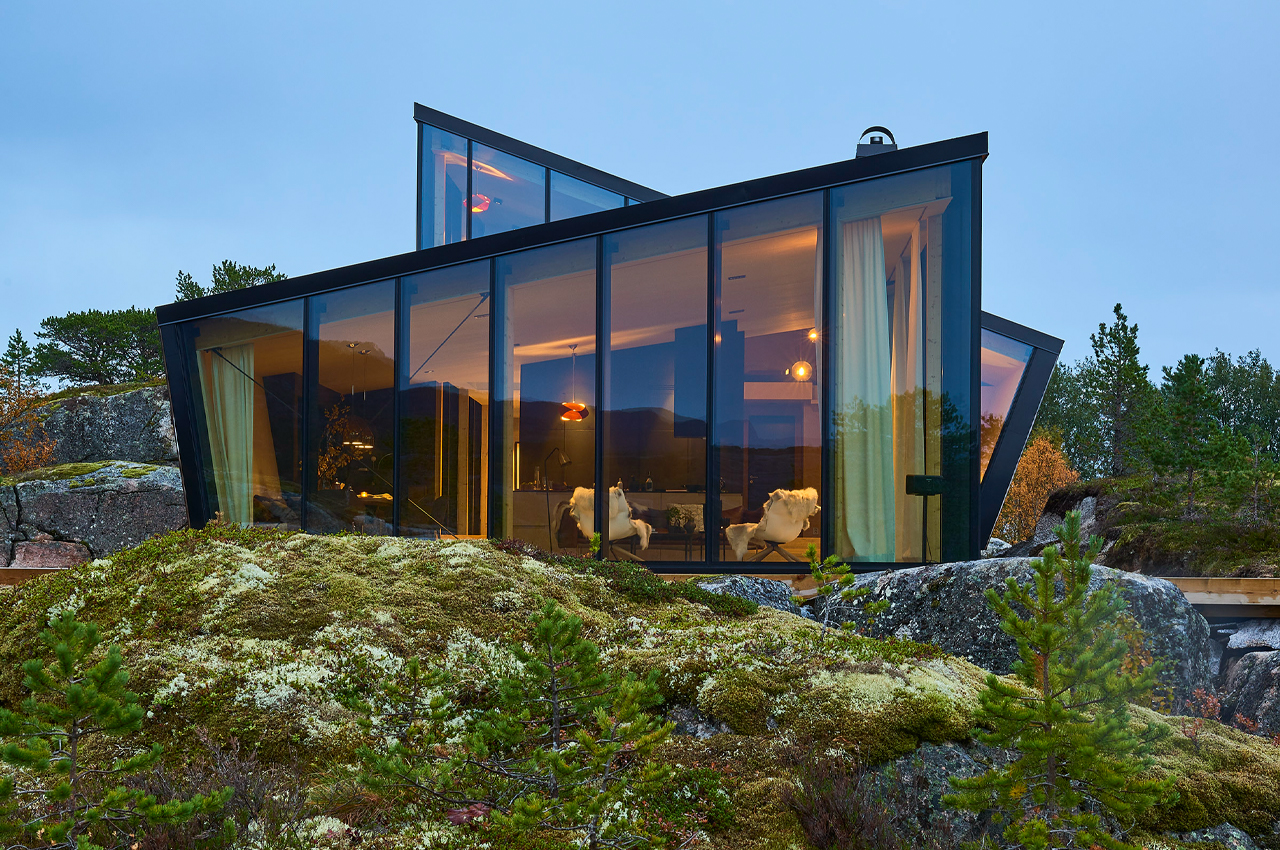 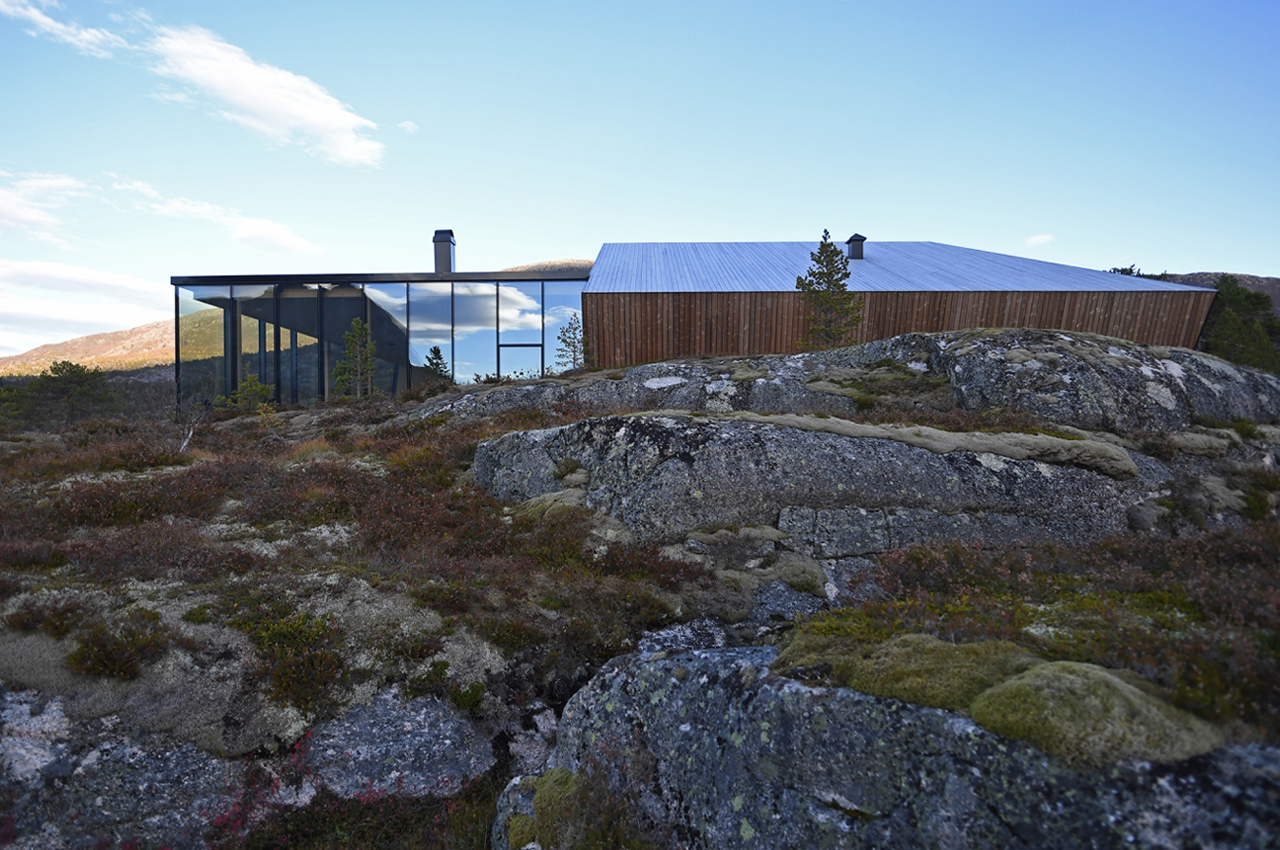 Before getting their plans off the ground, Danielsen and Beathe Øvrevoll had to work with the Ballangen municipality to develop a new zoning plan for the undeveloped plot of land. Settling on a naturally flat area to give rise to their new home, the couple chose it to keep the site disturbance to a minimum. 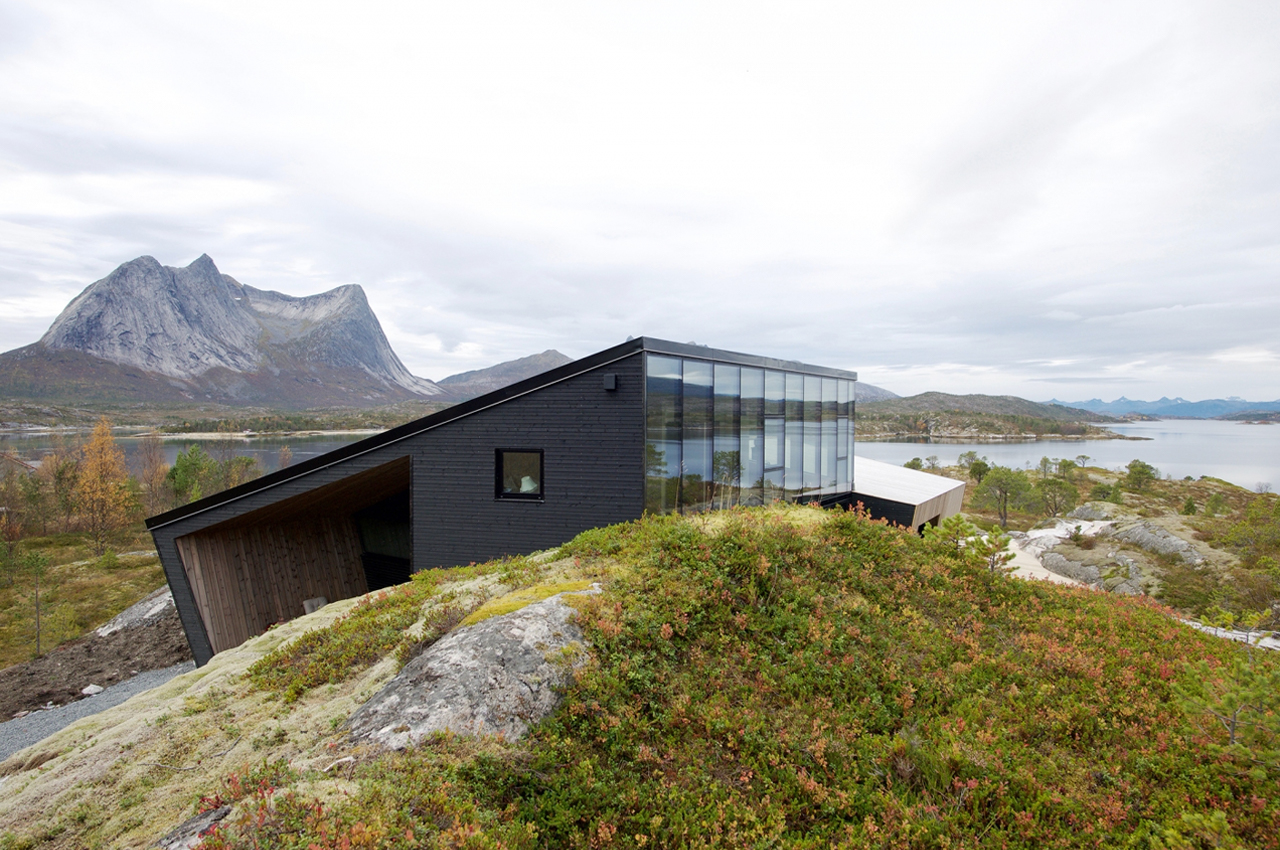 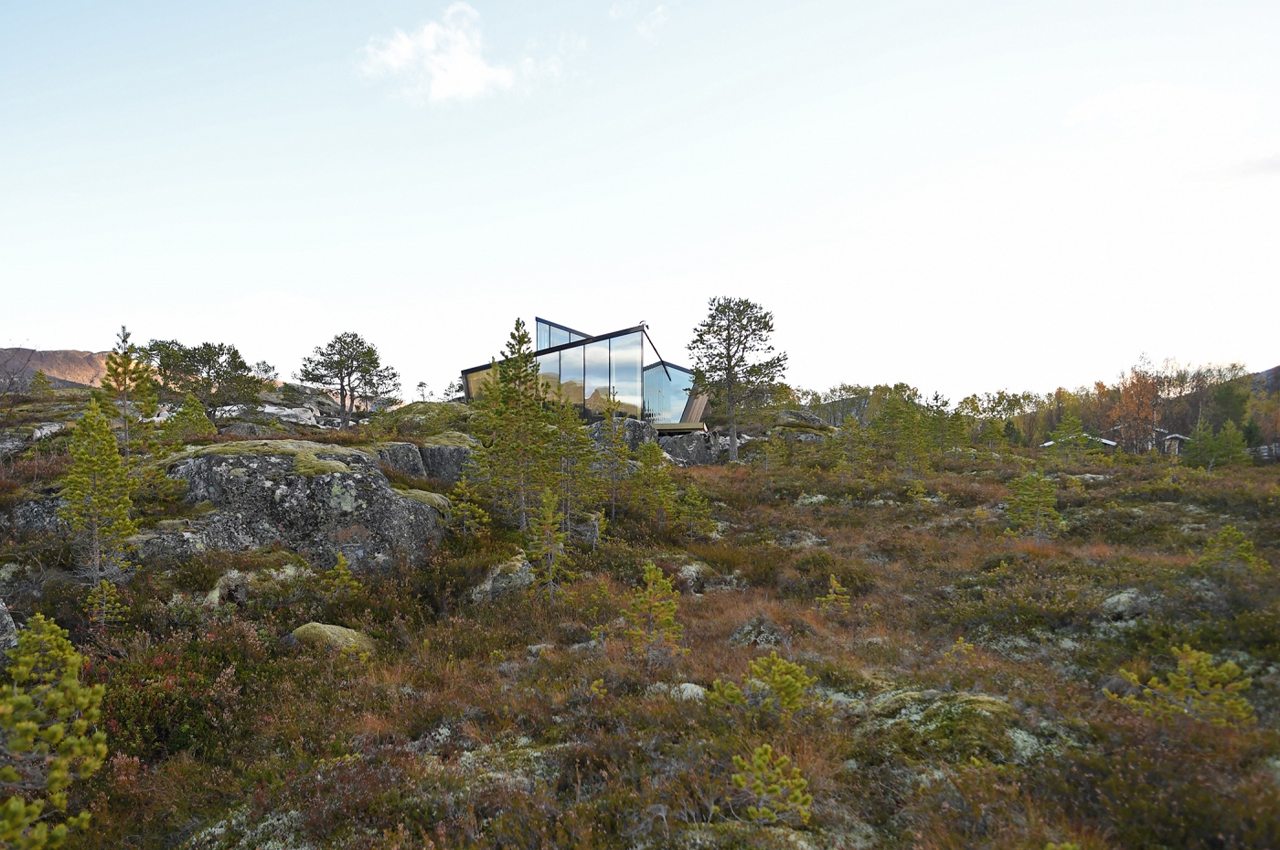 In good company, Snorre Stinessen also takes land disturbance seriously as the architects at the studio are “committed to developing projects that are conscious of our surroundings.” Stinessen goes on to say, “The shape of the building is both a dialogue with the close natural formations, but also with the larger landscape. Its functional aspects create privacy and indoor/outdoor connections to different zones around the building.” 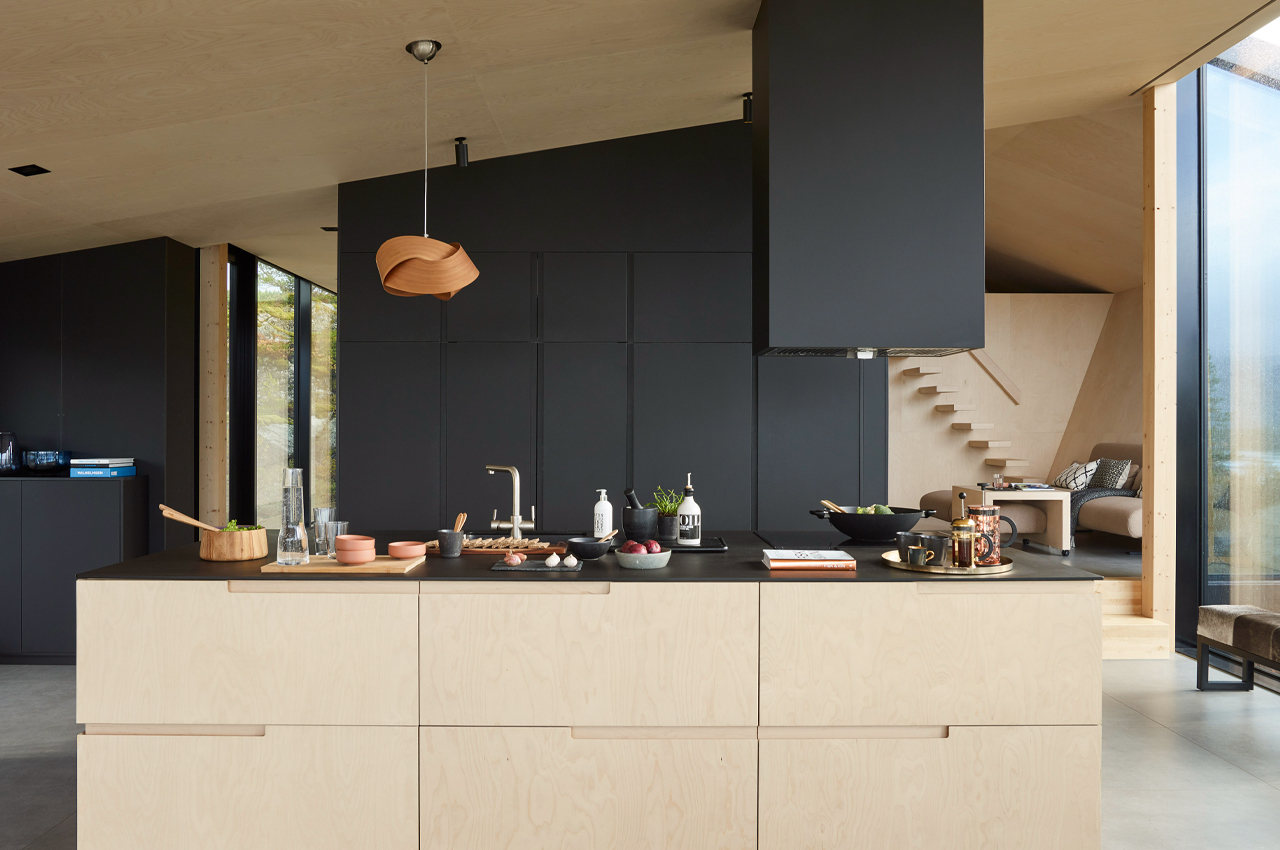 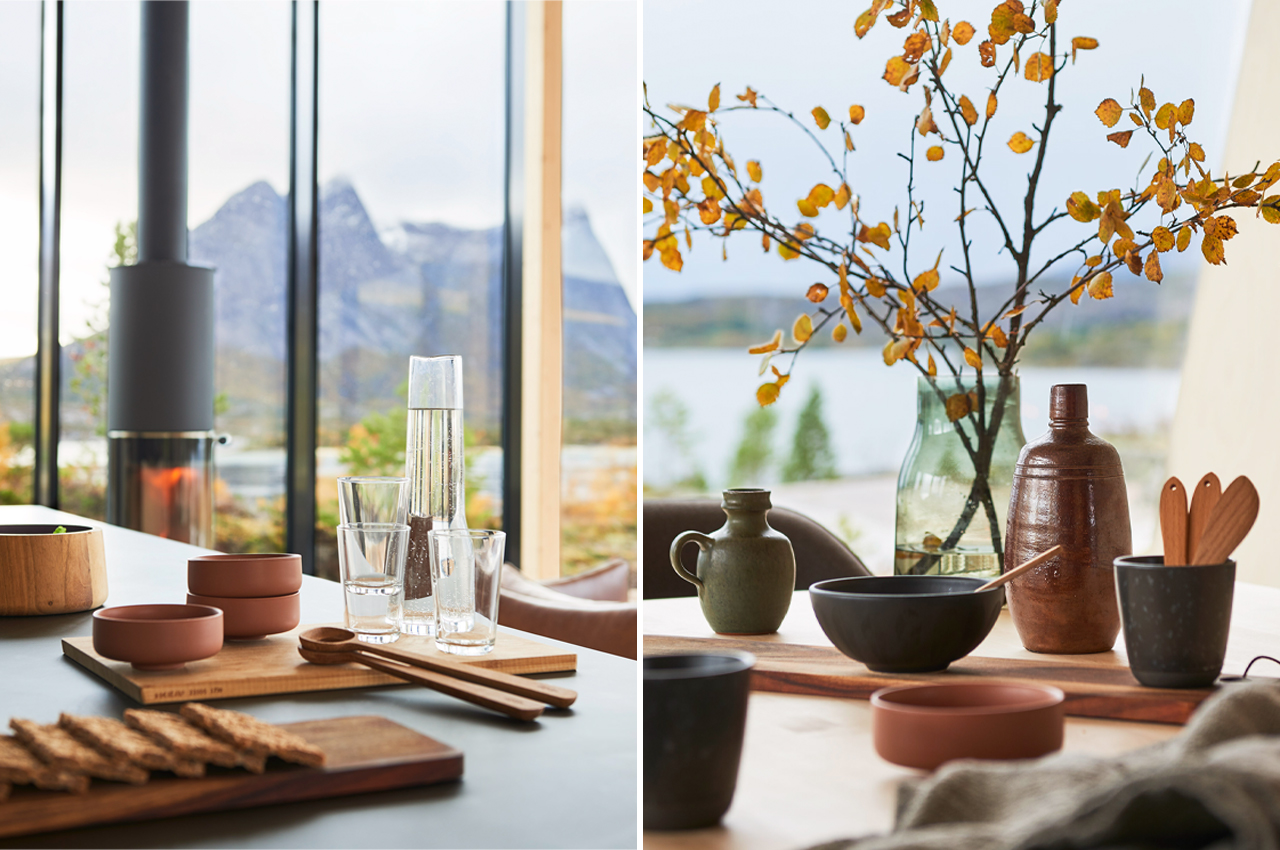 The Efjord Cabin is propped up on a concrete slab and stationed between two rock formations which influenced the overall layout of the home. Split between two volumes, the larger of the two comprises two floors harbors the sleeping accommodations and spacious sauna. 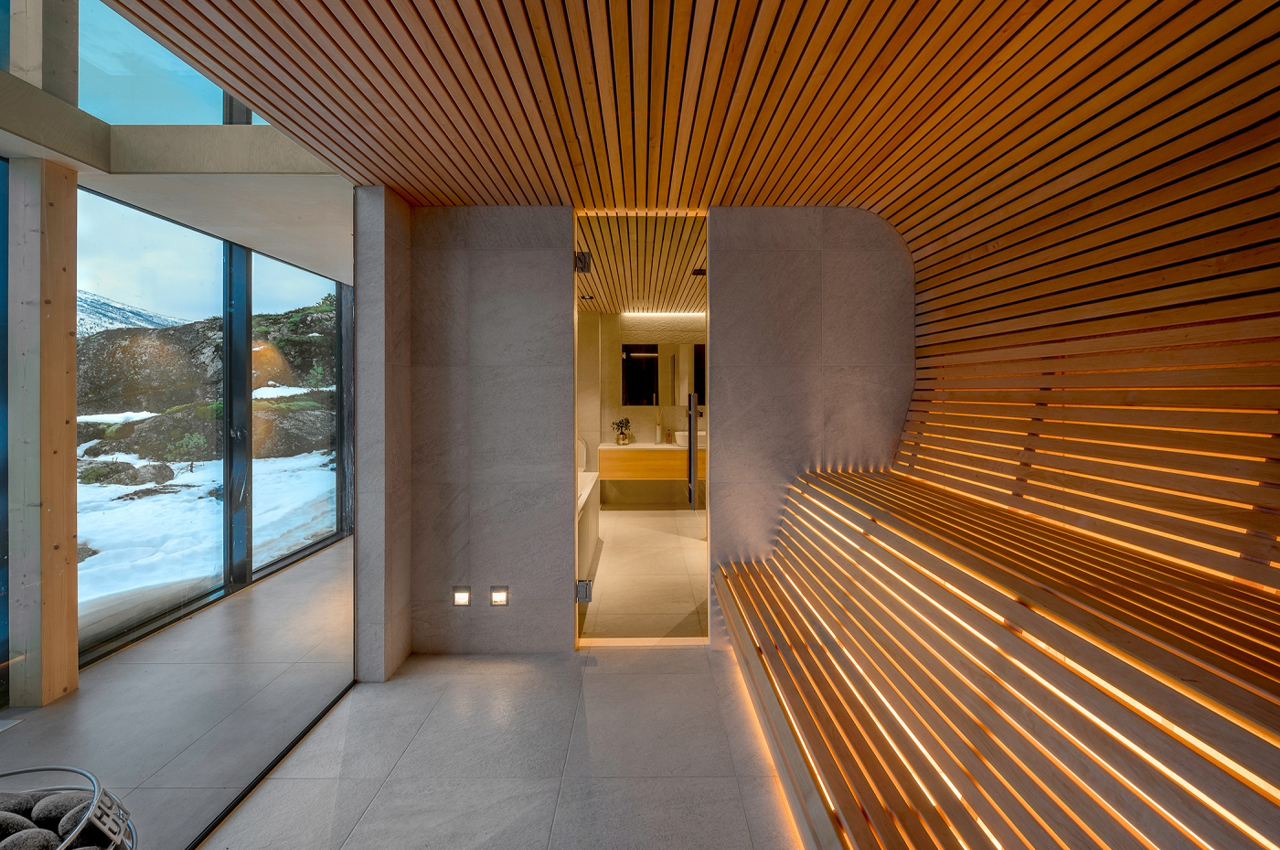 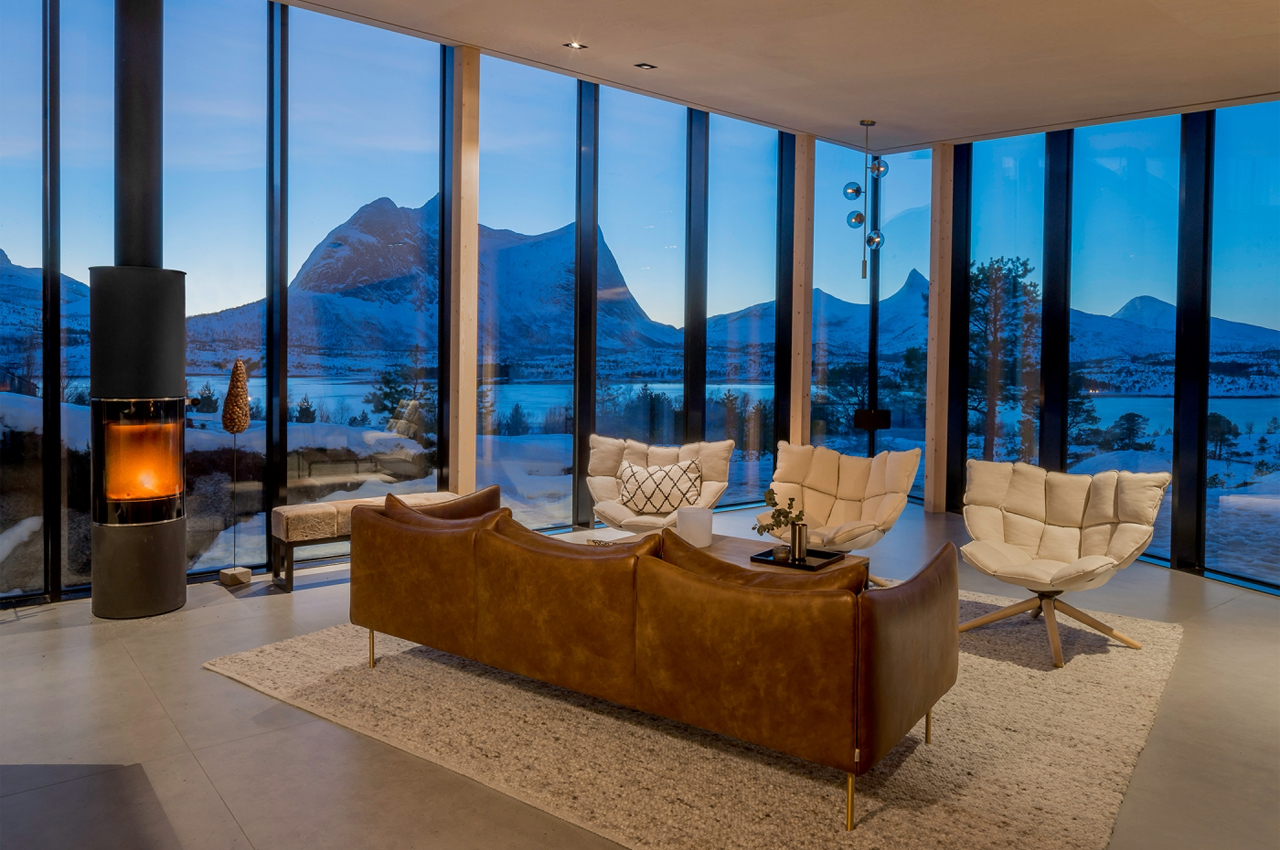 Connected next door is a similarly angular structure that houses the home’s open-plan living room. Each volume is topped off with an inclined roof that offers lofty interior ceiling heights and unobstructed views of the snow-covered hills outside. 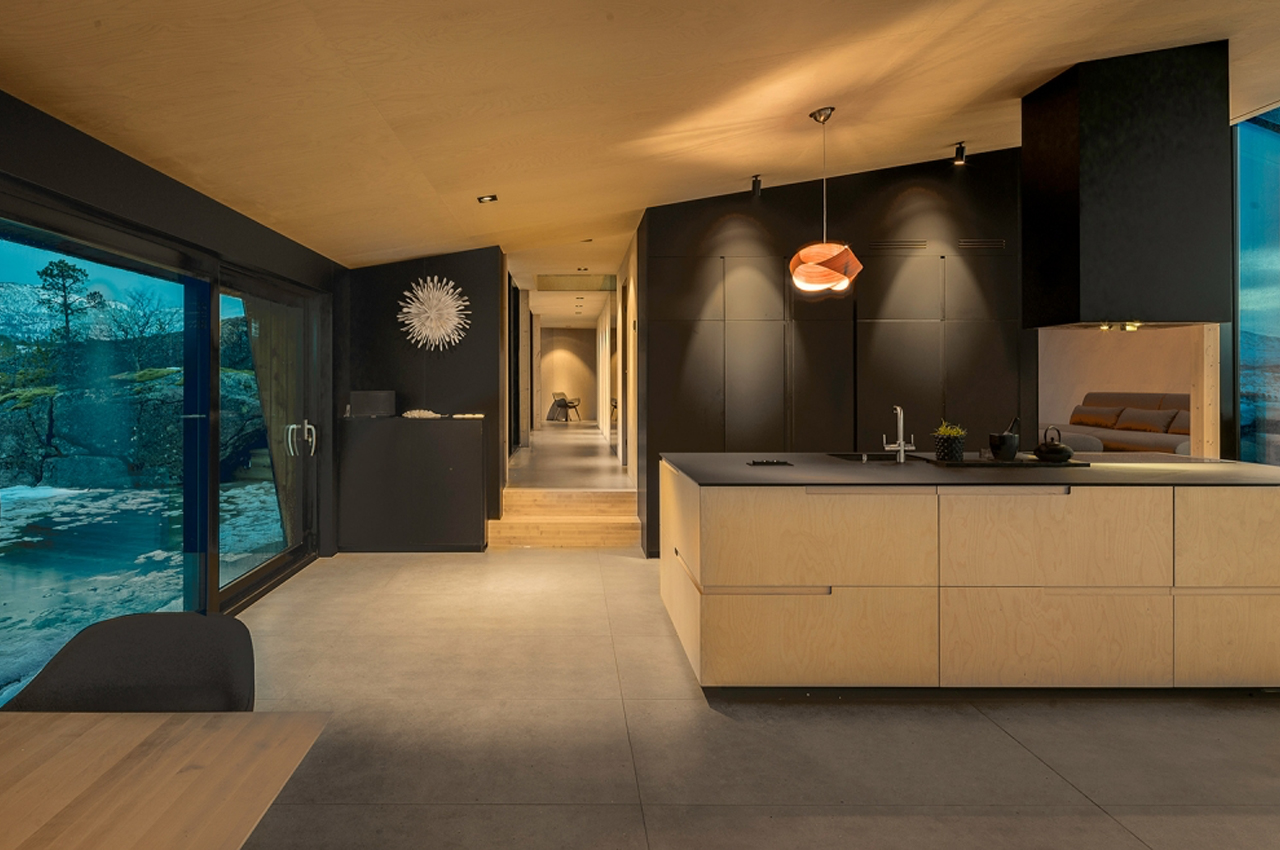 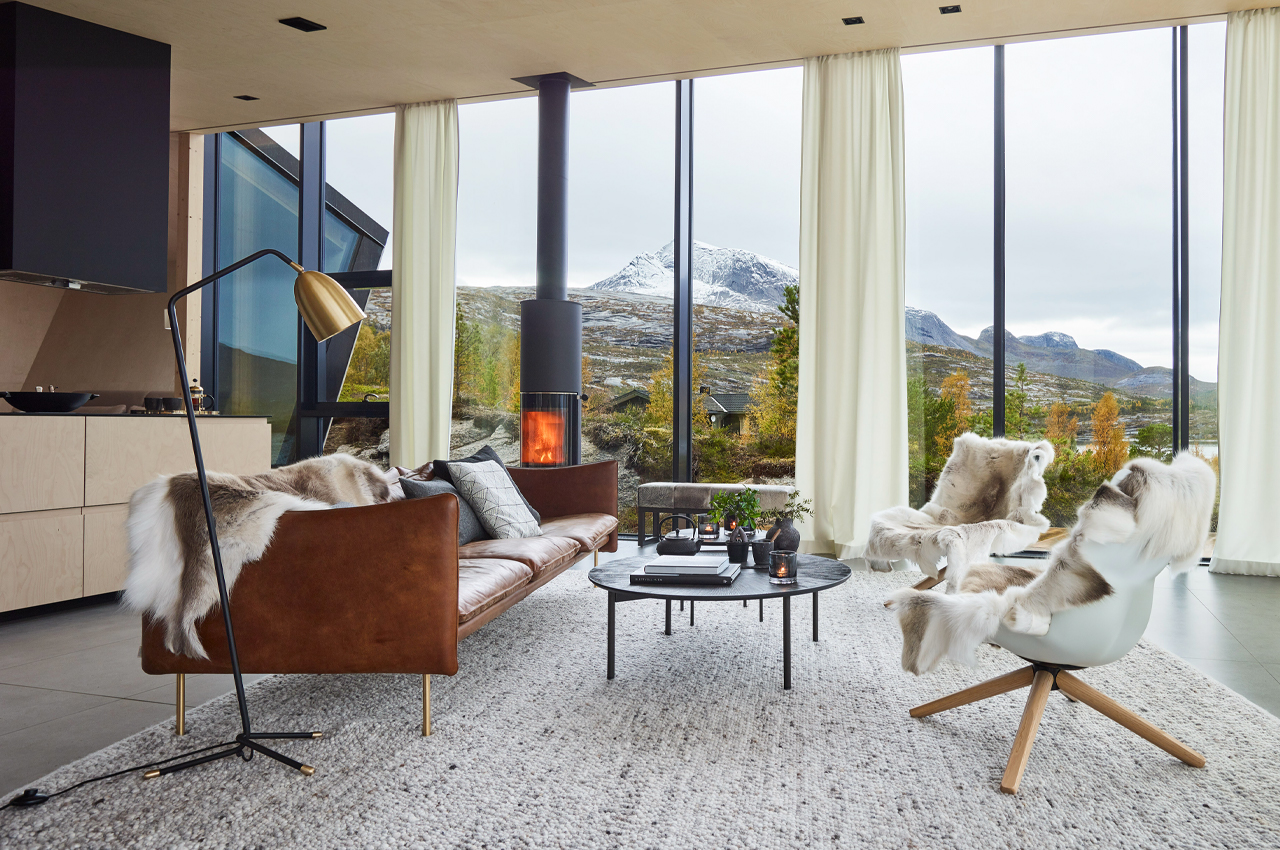 Defined by its triple-glazed glass facades, the Efjord Cabin finds thick insulation through 14-tons of glass to reduce energy demands. The home is also strategically configured on the site’s sloped hill to passively collect the available solar energy. 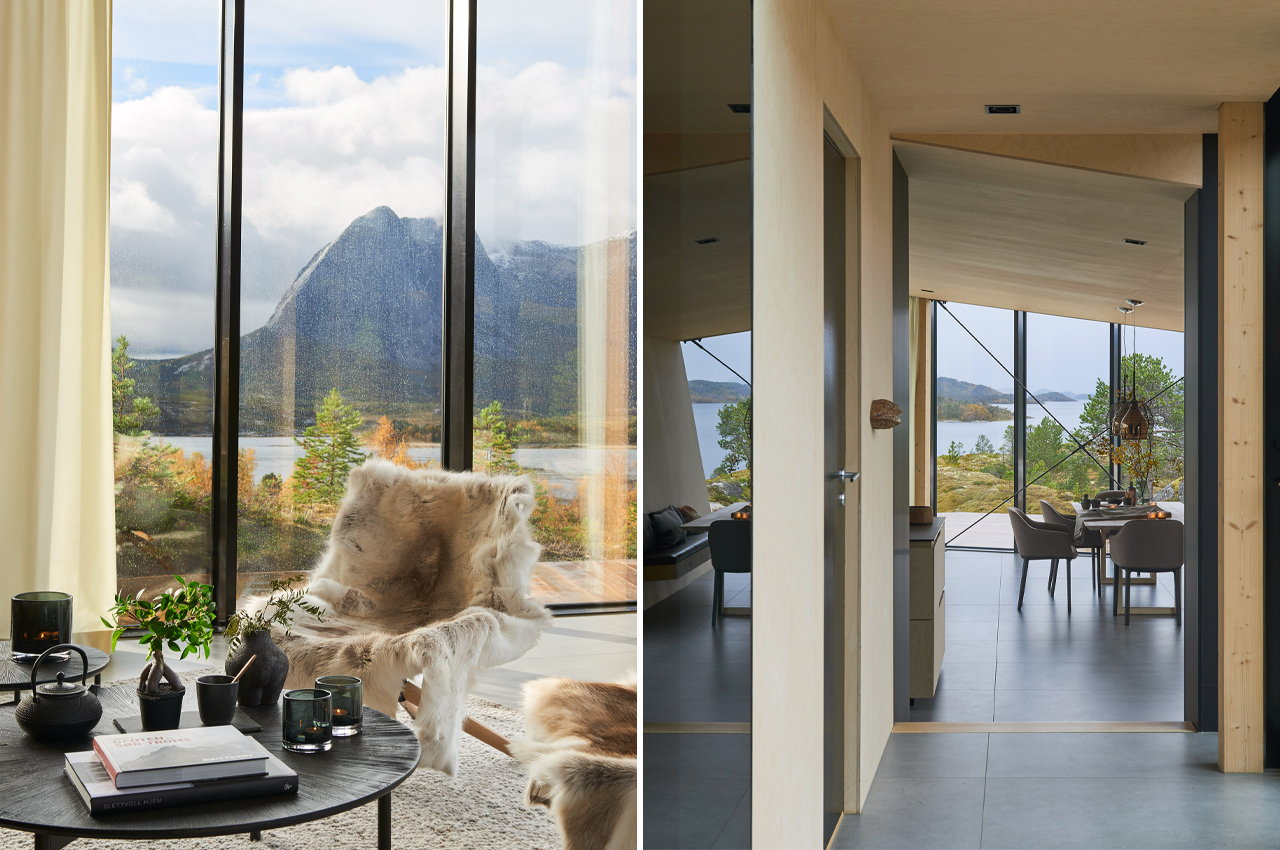 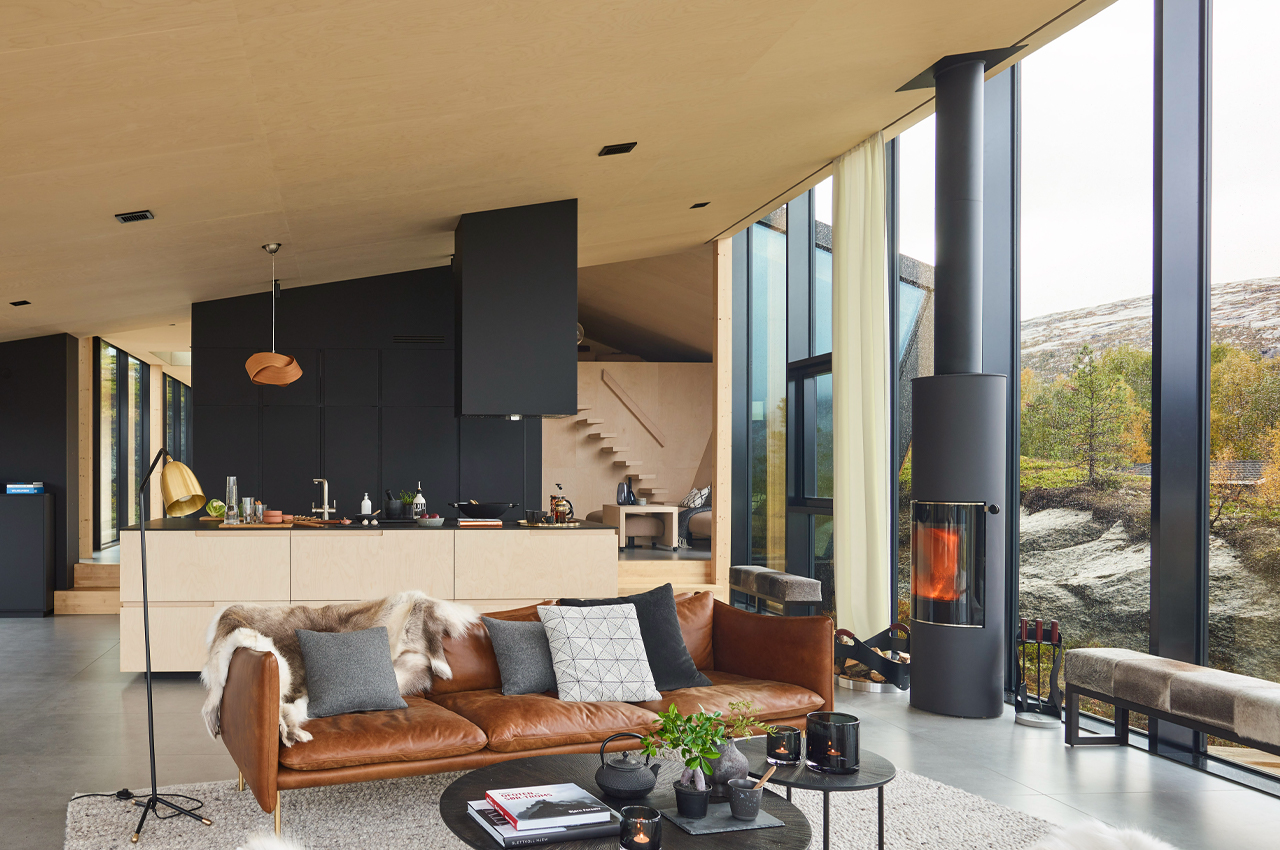 Stinessen also took to locally sourced timber to clad the exterior and interior of the Efjord Cabin. On the outside, core pine treated with iron sulfate provides the home’s exterior with a glossy sheen. Inside, birch veneer gives the home a warm, Scandinavian appeal. 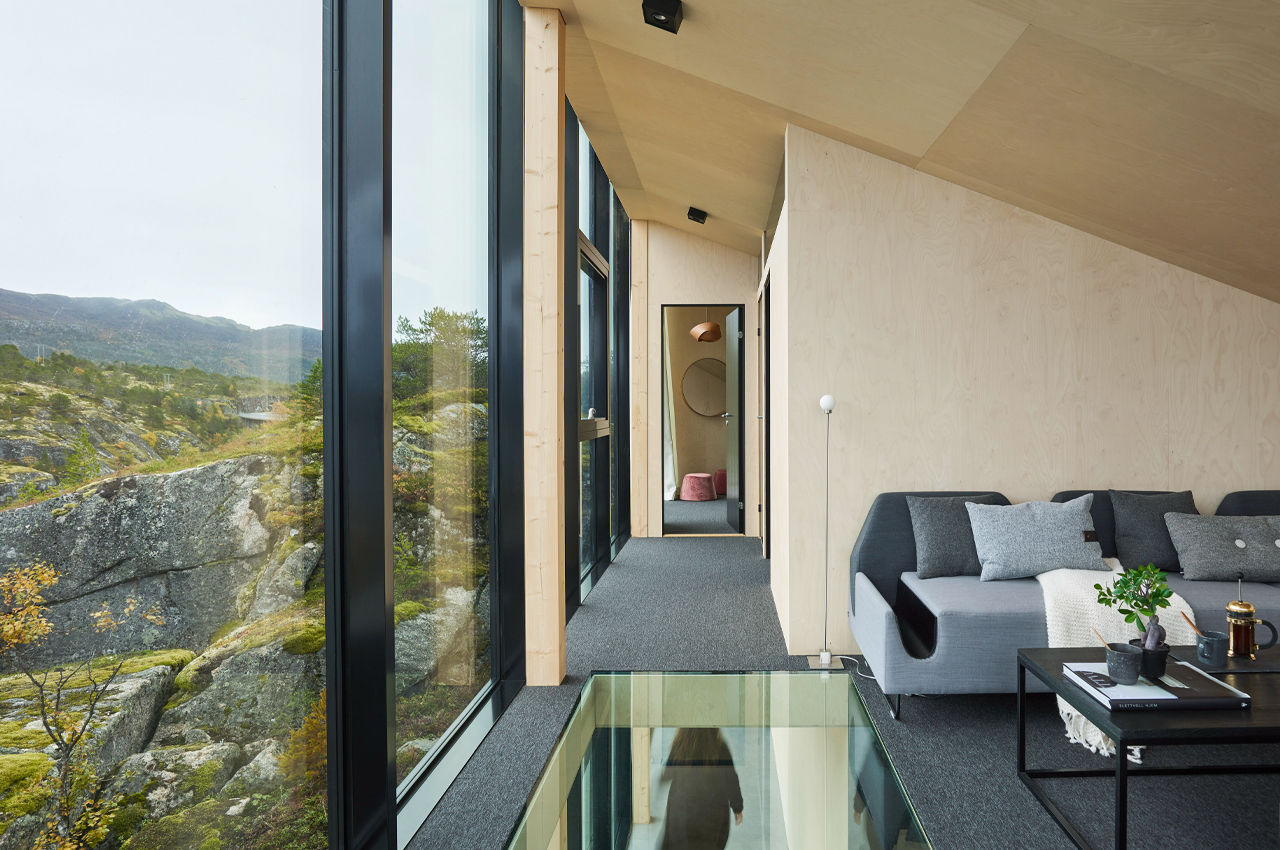 Birch veneer frame the glass windows of the Efjord Cabin to balance the wild views with Scandinavian refinement. 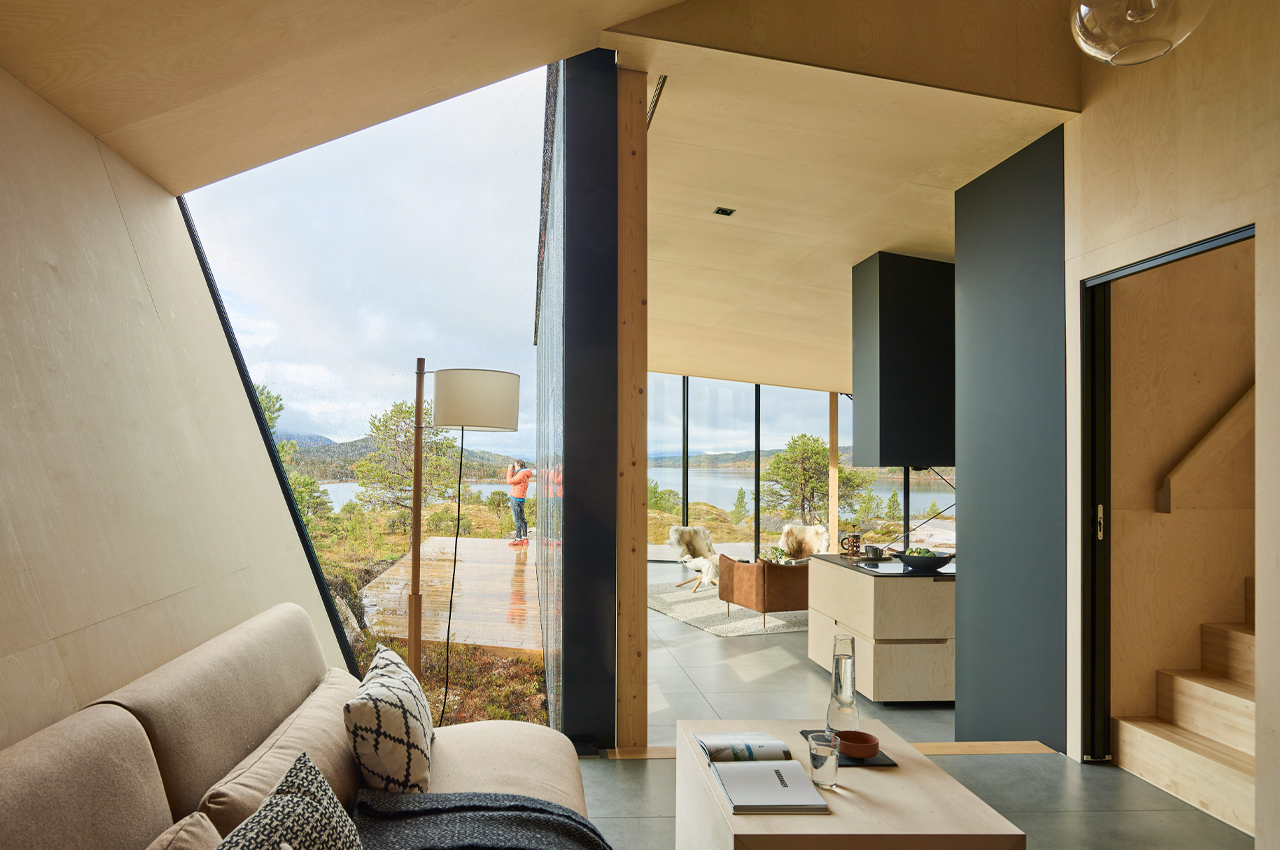 The angular, geometric look follows through from the outside to the inside, with clean, neutral lines defining the inteiror. 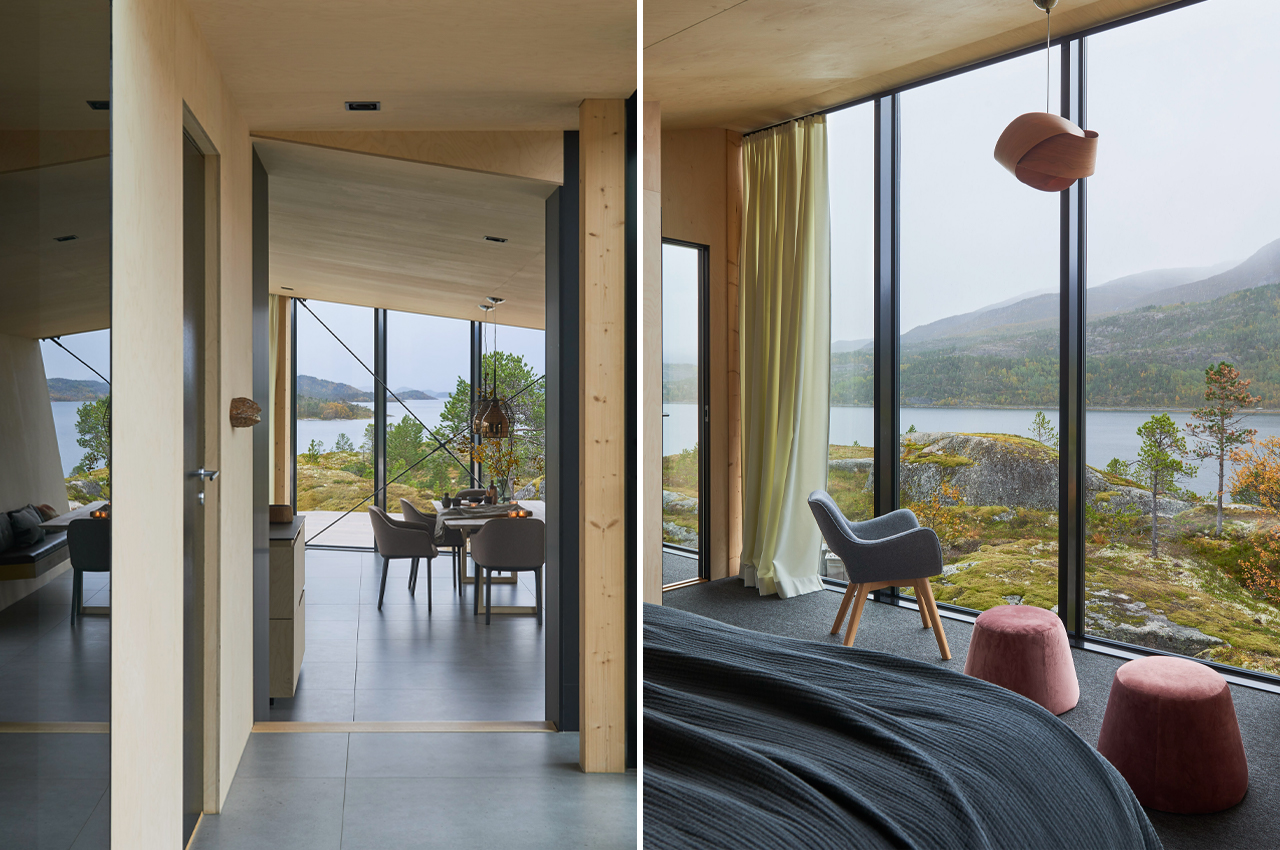 Gray carpeting and tile flooring help cool down the inside and gives the home a darker appeal. 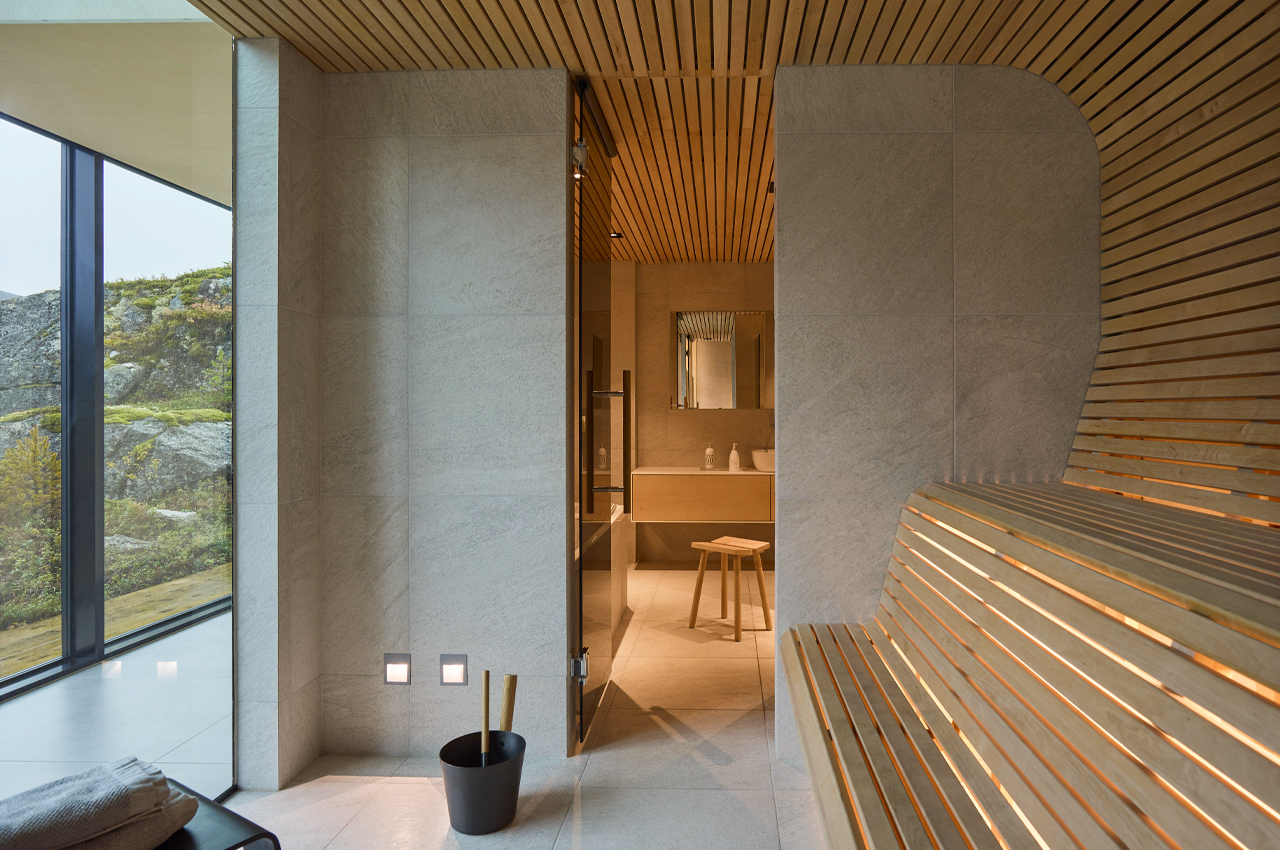 An in-home sauna can be found in the larger of the two structural volumes. 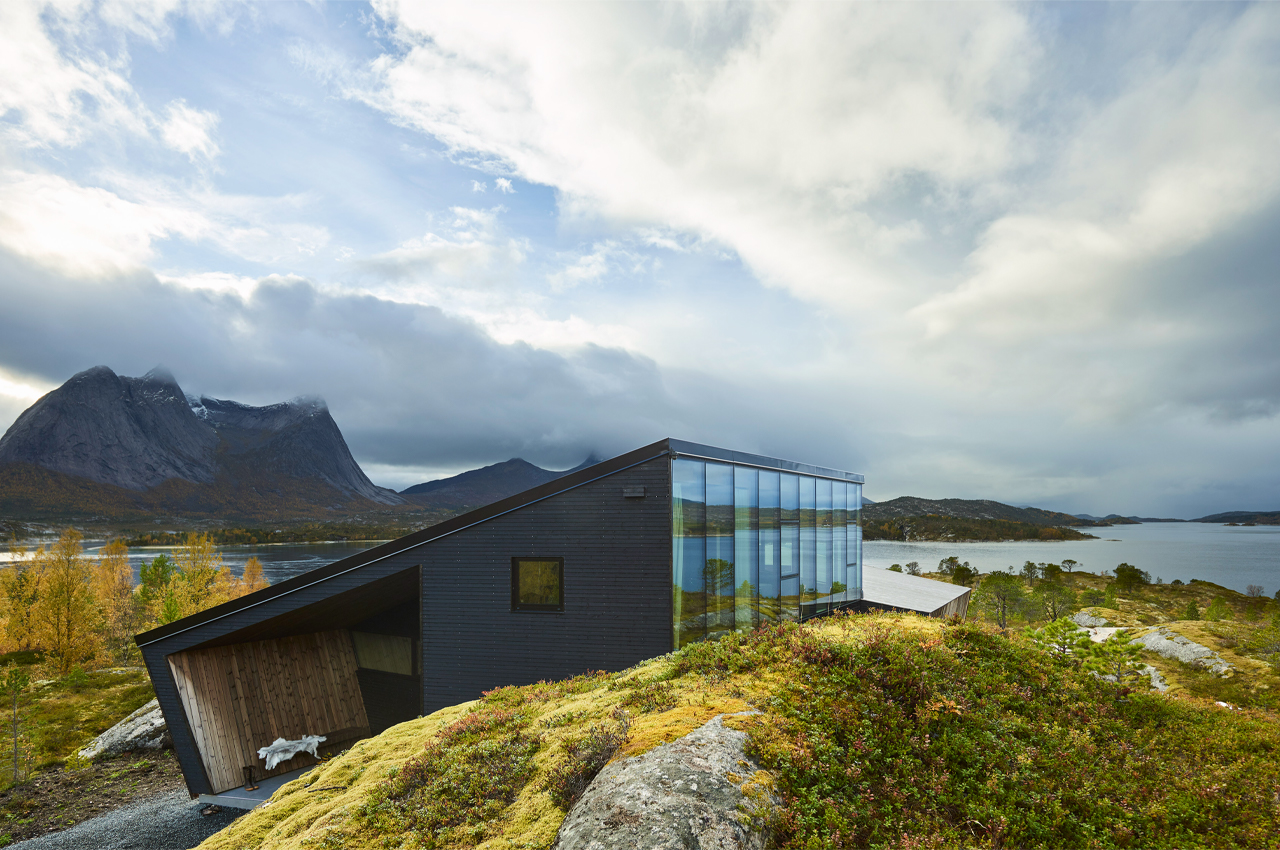 Positioned on a sloped hill, the Efjord Cabin takes full advantage of the passive solar conditions. 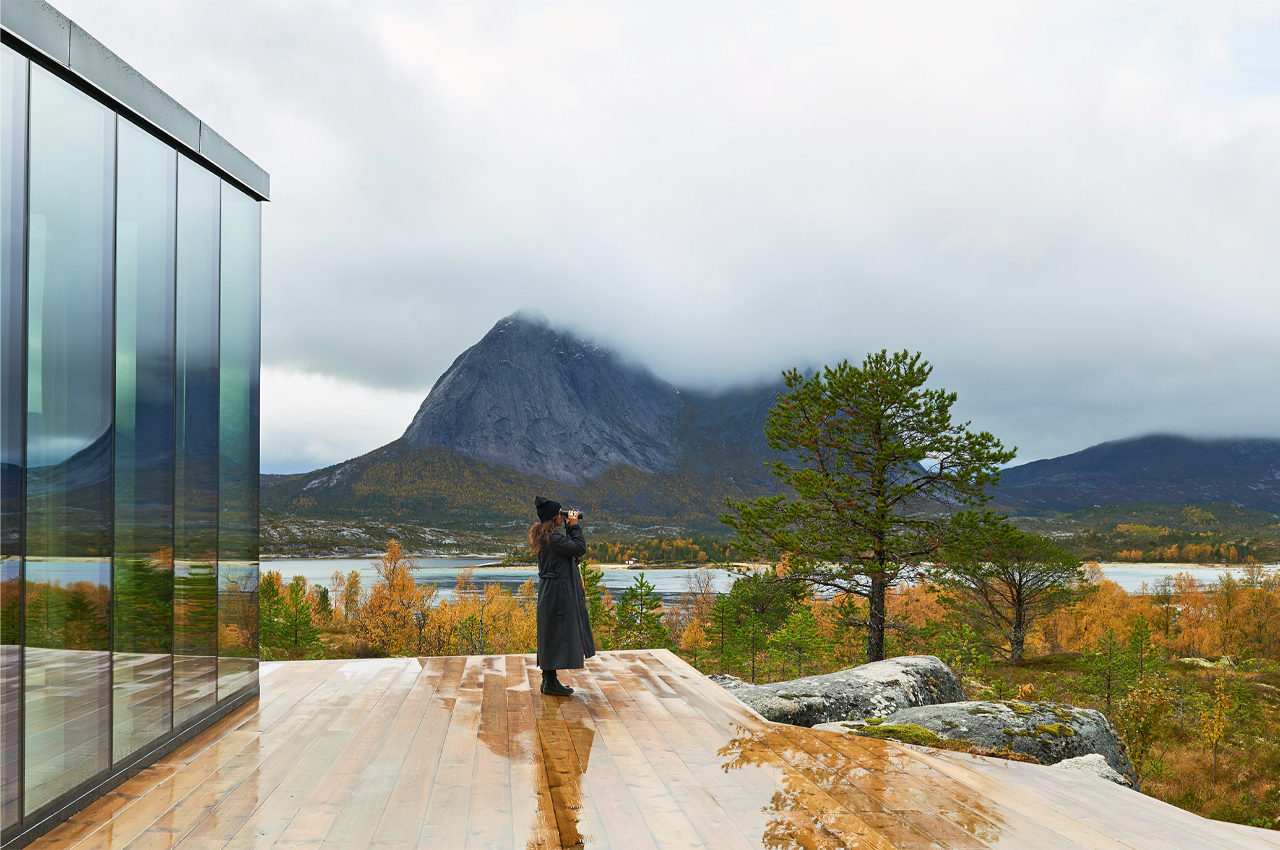 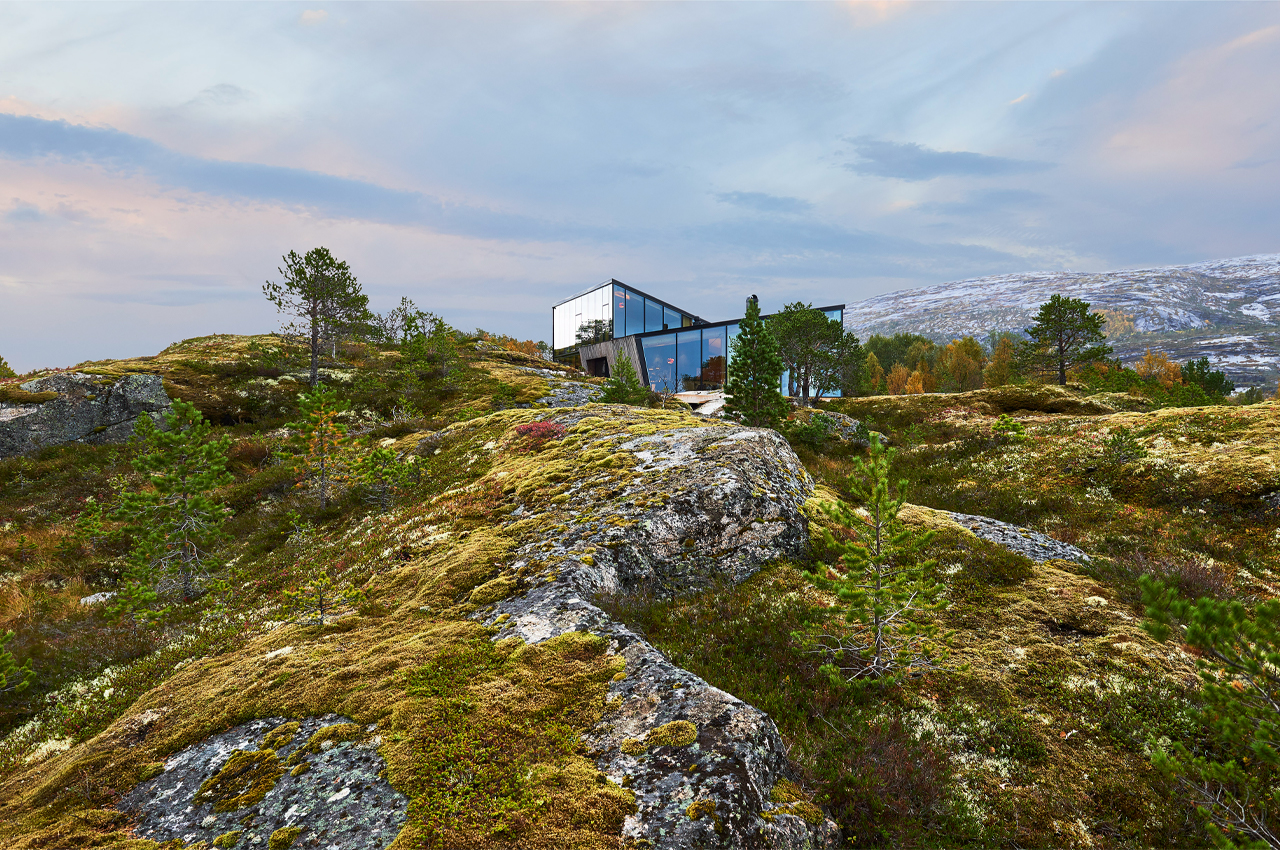 Mark Whalen Sculpts the Quirkiness of Life in ‘Lucky Charm’

This tiny IoT ticker-meter turns your tabletop into a miniature stock, forex, and crypto market!