The Old Masters of the Louvre have new neighbours, as a series of pavilions created by Studio Malka Architecture take over the museum’s historic rooms.

There are 15 arches in total, designed to ‘connect the dots’ of the Louvre’s vast collection of artworks and objects. Studio Malka says the form of the arch links a diverse set of cultures and civilisations, including Mesopotamian, Assyrian, Egyptian and Roman. They also nod to some of Paris’s own iconic arches. 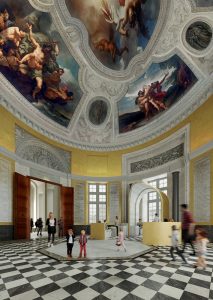 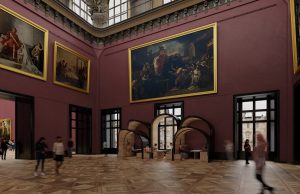 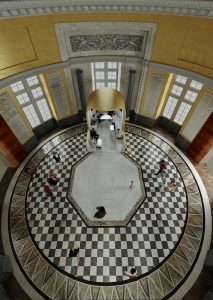 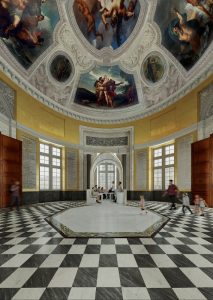 The pavilions are modular in design, allowing them to be rearranged during busy periods or for social distancing. Studio Malka used materials leftover from various Parisian museums to build them, prefabricating each piece to ensure construction at the museum was waste-free and silent.

Benches and tables built into the arches mean guests can also sit inside them and enjoy an oasis of quiet – according to Studio Malka, the arches work like a noise trap, absorbing sound.

The post The Louvre welcomes a series of miniature architectural interventions appeared first on The Spaces.

Shanghai’s dreamlike Taste of Dadong restaurant is bathed in blue