Stiff & Trevillion’s controversial 48-storey office tower which was planned for a site beside the Gherkin has been sent back to the drawing board after City planners turned it down.

The City of London was first expected to give the tower the green light in the spring but the decision was delayed until a site visit by planning committee members could be arranged.

It had been recommended for approval but the 197m tower, which would also be neighboured by Fosters’ Tulip if approved next month, was kicked into touch this week. 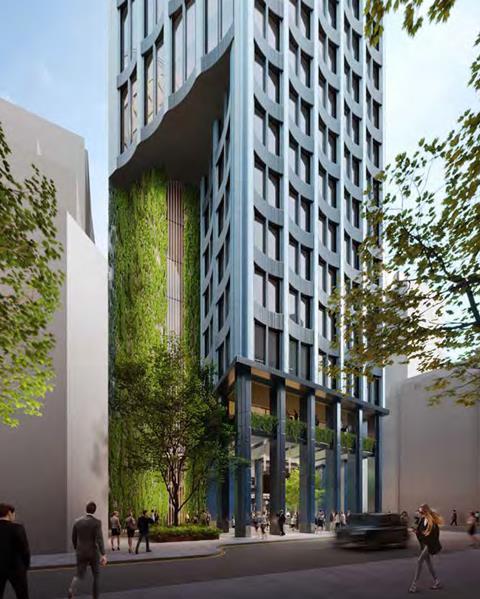 Councillors cited the impact of the tower’s bulk on the setting of the nearby grade-I listed Bevis Marks Synagogue, built in 1701, as well as concerns over daylight.

They also raised concerns over the scheme’s impact on the Tower of London, pointing towards objections made by both Historic England and Historic Royal Palaces.

The scheme would have replaced Bury House, a seven-storey 1970s stone and glass office building at 31 Bury Street.

The client is Bentall Green Oak and Thornton Tomasetti is structural engineer, with Arup on facades. Mace is construction consultant, RLB is QS with Hoare Lee, Sweco and Bowles Wyer also on the project team.

Bentall Green Oak said it was “disappointed” by the decision and was considering its next steps.

In previously recommending the tower for approval, City planners had said the quality of the design and materials would mitigate any harm.