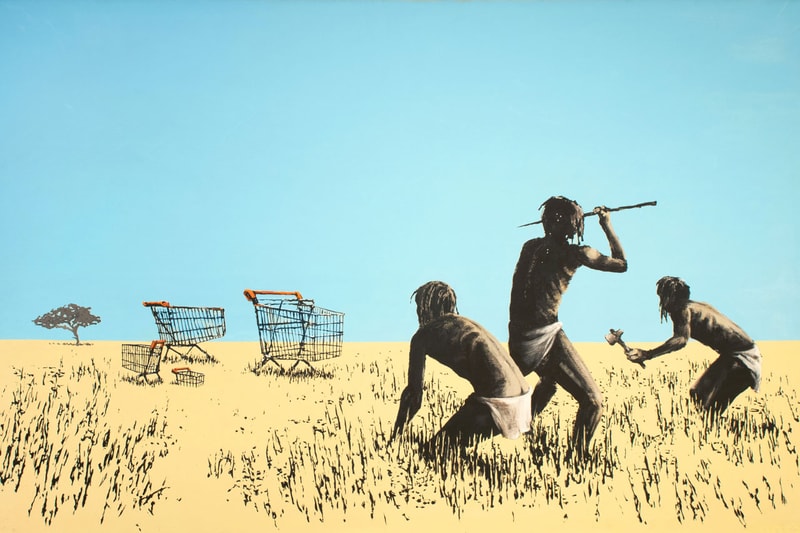 Sotheby’s on Thursday announced that it would accept live bidding increments in Ether, the cryptocurrency tied to the Ethereum blockchain, for two of Banksy’s works up for auction.

A first for the auction world, Sotheby’s auctioneer will field bids in the New York saleroom in Ether for Banksy’s Trolley Hunters and Love Is In The Air (2006) as part of the  ‘The Now Evening Auction’ on November 18. The event will also be livestreamed across Sotheby’s social media channels, included a dedicated Discord channel.

“The paradigm-shifting move marks the first time that a cryptocurrency will be used as the standard currency for bidding on physical artworks in real-time during a live auction,” Sotheby’s said in a statement.

Sotheby’s announced in May that it would accept cryptocurrency as payment, becoming the first auction house to do so. Banksy’s Love is in the Air was up for bidding at the time, selling for $12.9 million USD.

The artist’s Trolley Hunters — described as “a typically powerful, witty and prophetic critique of society’s often irrational predilection for processed and packaged product” — is expected to fetch between $5-7 million USD. Love Is In The Air (2006) — heralded as “one of Banksy’s most iconic and immediately recognizable images” — is expected to sell for $4-6 million USD.

In other news, Sotheby’s November sale week is expected to garner $1 billion USD.