The truth is when it comes to smartphones today, nearly every upper-tier model features specs delivering fantastic performance. This glut of capable devices has spurred on manufacturers to (finally!) begin differentiating themselves with physical features to distinguish themselves from the monolithic slab shape that defines the majority of smartphones. Case in point: the launch of Galaxy Z Flip3 Bespoke Studio. 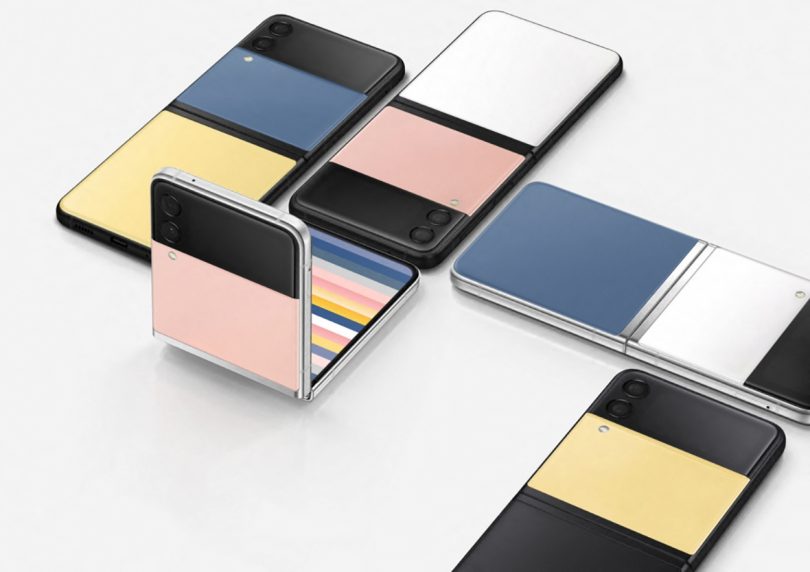 The Galaxy Z Flip3 is already an innovative foldable design showcasing Samsung’s mettle for exploring interesting form factors. The Galaxy Z Flip3 has both a foot in the past (flashback to those beloved flip phone days!) with solid specs – a clamshell design that opens to reveal a nearly seamless connected two screen design stretching vertically (the divide between the two screens is moderately visible when off, almost invisible while turned on). 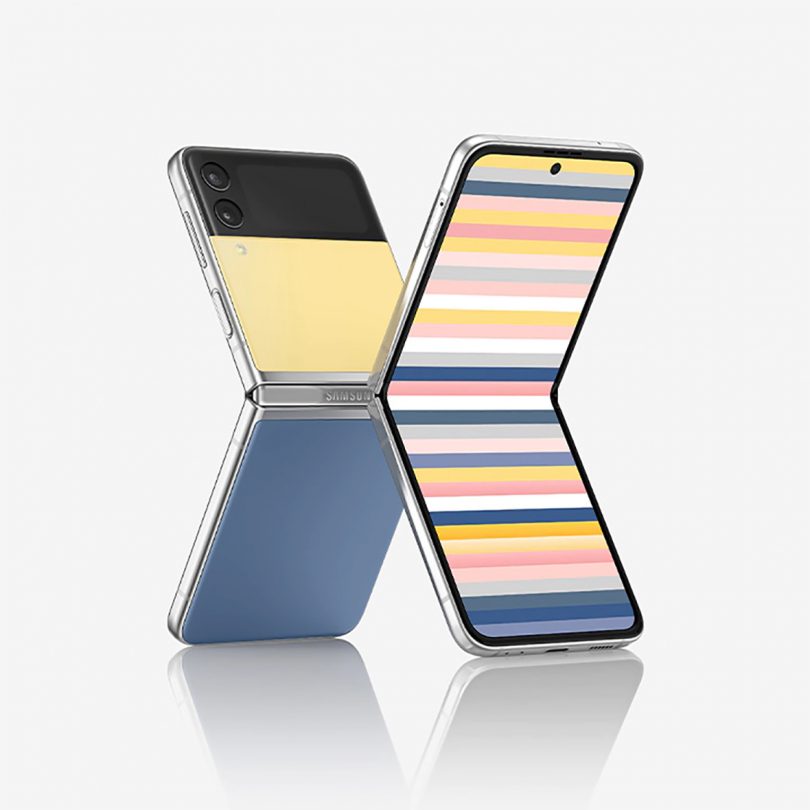 Samsung disguises the mostly invisible seam between the two screens with a horizontal striped wallpaper that complements the multi-color hardware. 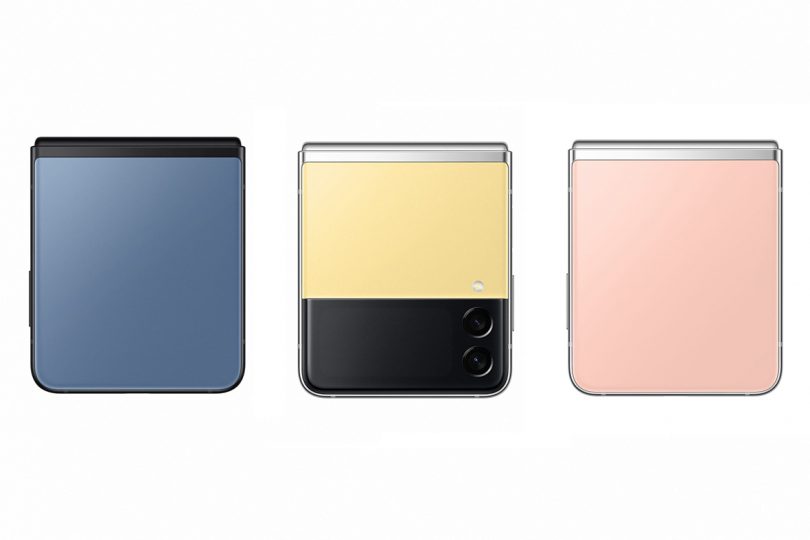 The Galaxy Z Flip3’s distinctive namesake design in itself is enough to pique interest amongst those seeking a pocketable device with a big screen minus the heft and pocket bulge of many flagship devices. Folding down to just 4.2-inches when closed; unlike other foldables, the Z Flip3 can be opened with just one hand with a little practice. Now, Samsung has upped the ante by offering would-be buyers the option to customize the Galaxy Z Flip3 in a limited palette of color combinations that brighten up the device considerably. 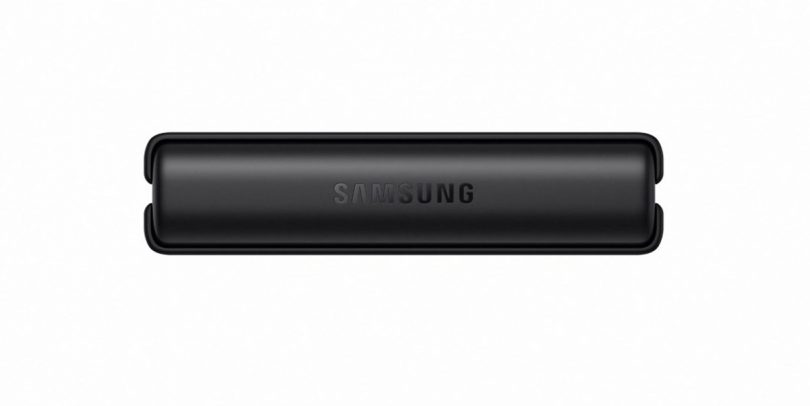 Following the footsteps laid out by the launch of the Samsung Bespoke Refrigerators Design Studio, the Galaxy Z Flip3 Bespoke Studio takes a similar mix-and-match color panel approach to customization. Five different panel colors are offered – blue, pink, yellow, white, and black – alongside the option for a black or silver frame. If you’ve ever customized sneakers online before, you’ll know the deal. 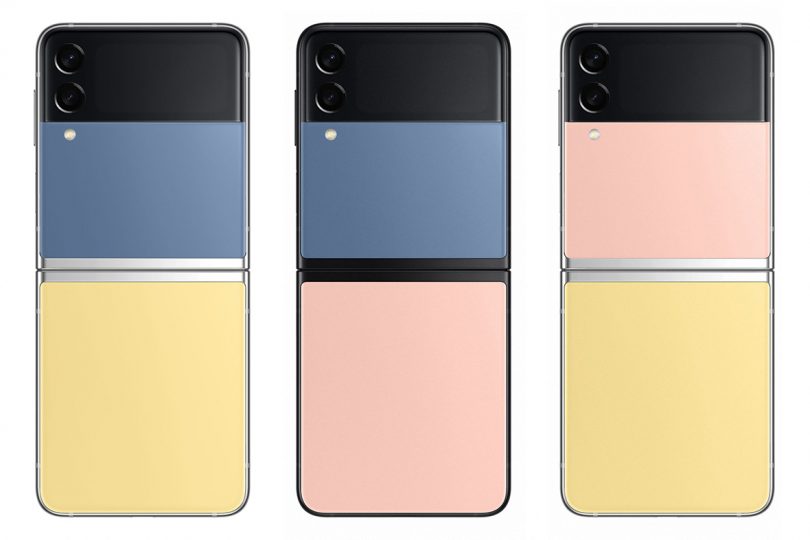 The top black panel is actually a 1.9-inch Cover Screen display that shows time, date, battery, and notifications with just a tap. 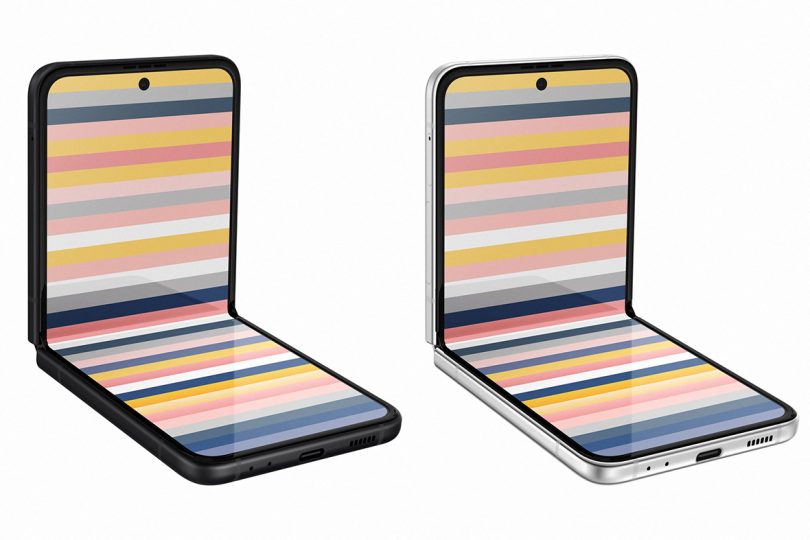 Samsung sells the Galaxy Z Flip3 Bespoke Edition unlocked with 256 GB storage for $1099, but you can get one for $499 if you trade-in a device (with the option to stack up to four trade-ins which can result in a free new phone). 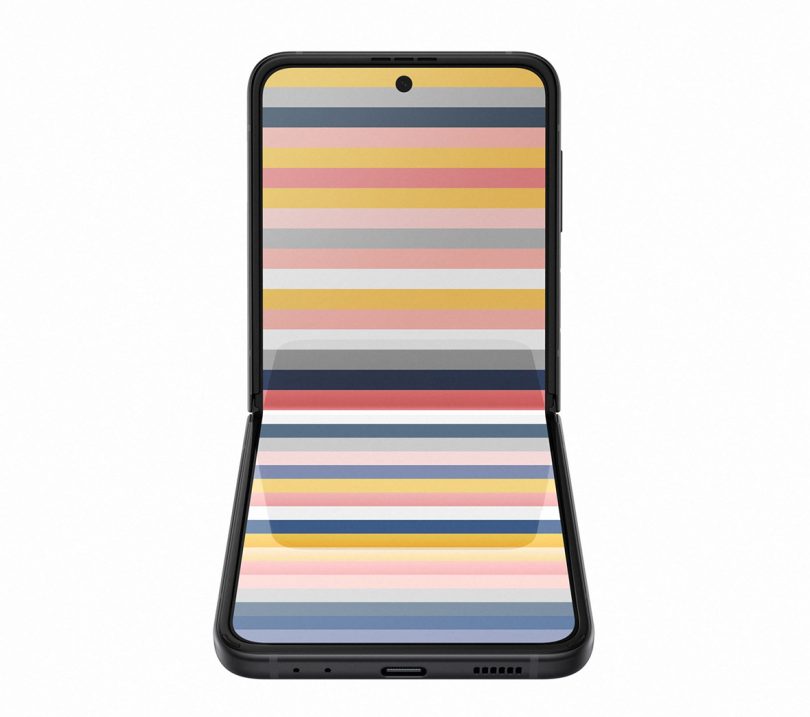 These Shelves + Bench Were Designed To Be Offset by You