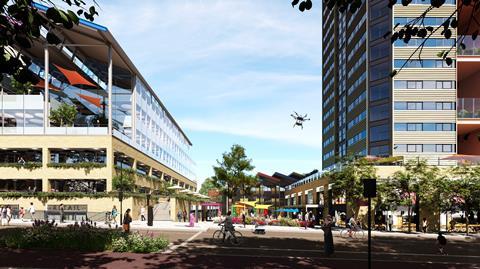 Proposals drawn up by RSHP to turn former council offices in Milton Keynes into a mixed-use scheme have been given planning.

The £180m deal, called MK Gateway, includes the practice’s first UK workspace outside of London and will involve refurbishing and extending Saxon Court which was sold off by the authority to developers for £15m last autumn. 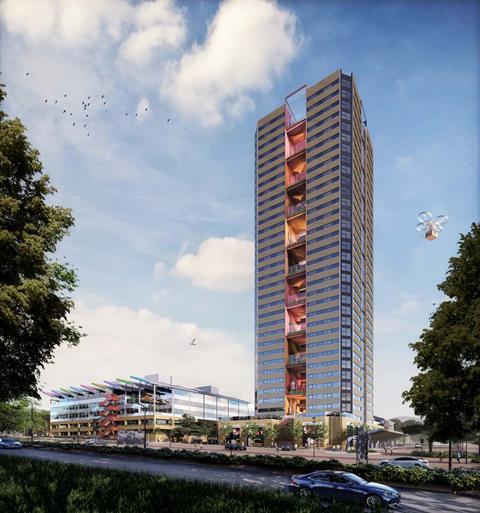 The scheme will include a 27-storey residential tower

It will include 288 apartments, shops and cafes in a new 27-storey tower block while the existing Saxon Court building, completed in 1980, will be redeveloped into 185,000 sq ft of Grade A workspace and will be renamed the Shed.

Saxon Court, which has recently been used as a mass covid-19 vaccination centre, is being redeveloped by First Base and investor Patron Capital.

All the apartments are being advertised as build-to-rent with the developers promising 31% will be affordable. The tower, called the Village, will also include 11 so-called “sky gardens”.

Work is set to start next year. 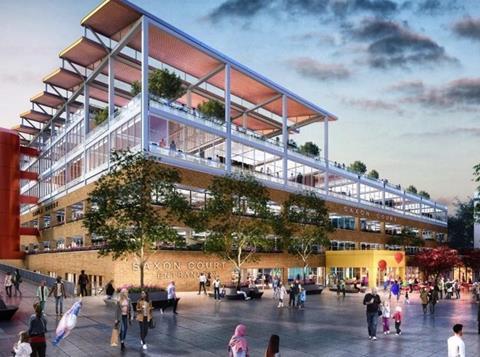