If you had to spend a sufficient amount of time on a ship, you would want to have pretty comfortable lodgings. Alas, not all of us could afford to go on luxurious cruises let alone go on a private cruise aboard a luxury line. But that doesn’t mean we can’t dream or marvel at what glorious living conditions are out there for those who can afford to do so. This pre-fabricated holiday apartment is one such thing we can only wonder about unless you can someday go aboard the largest private cruise ship in the world. 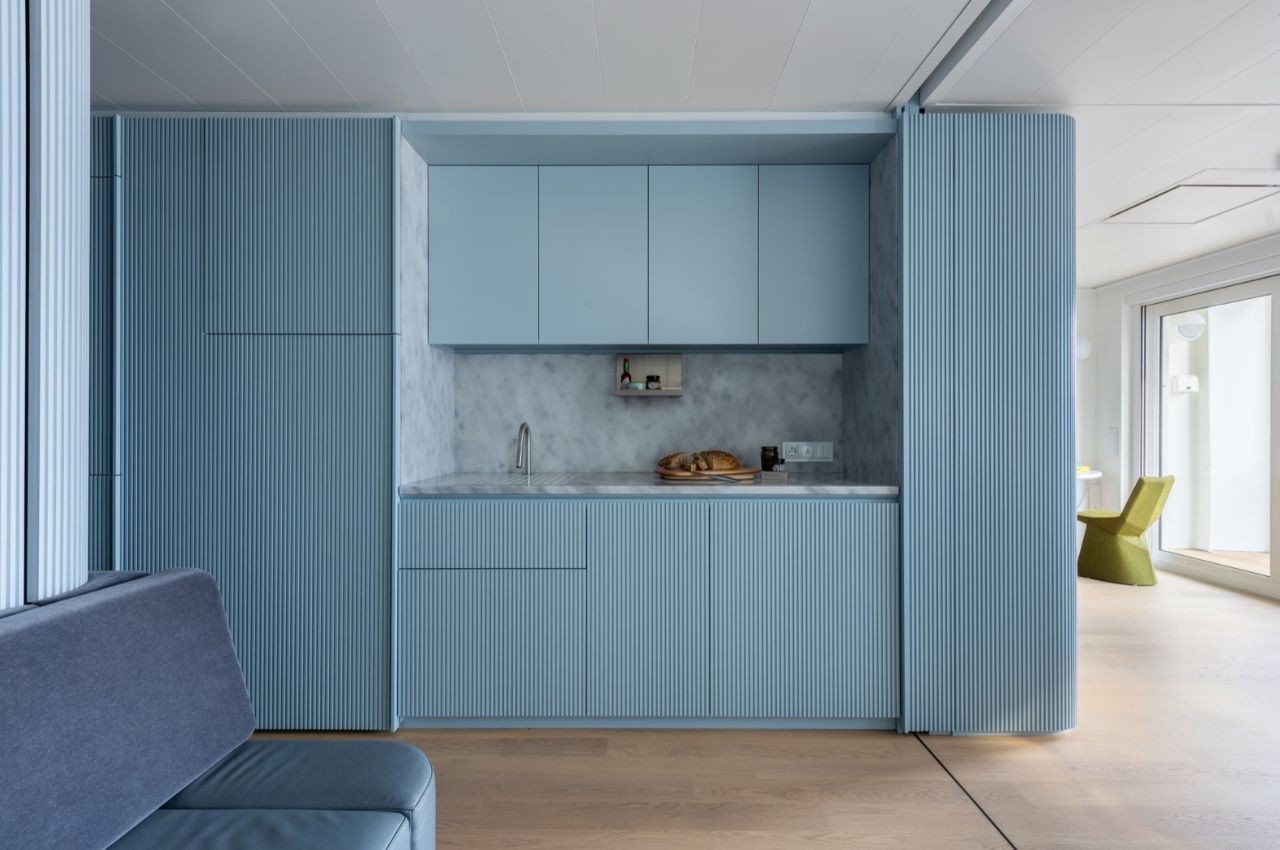 Inspired by the Unite D’Habitation housing typology by Swiss-French architect and designer Le Corbusier, the Pied-à-Mer is a 600-square foot luxury holiday apartment on a private cruise ship. As expected of course, it has a nautical theme but with midcentury, modernist influences. It starts out as a one-bedroom living space but can morph into a two-bedroom space for when they get visits from friends or family members. 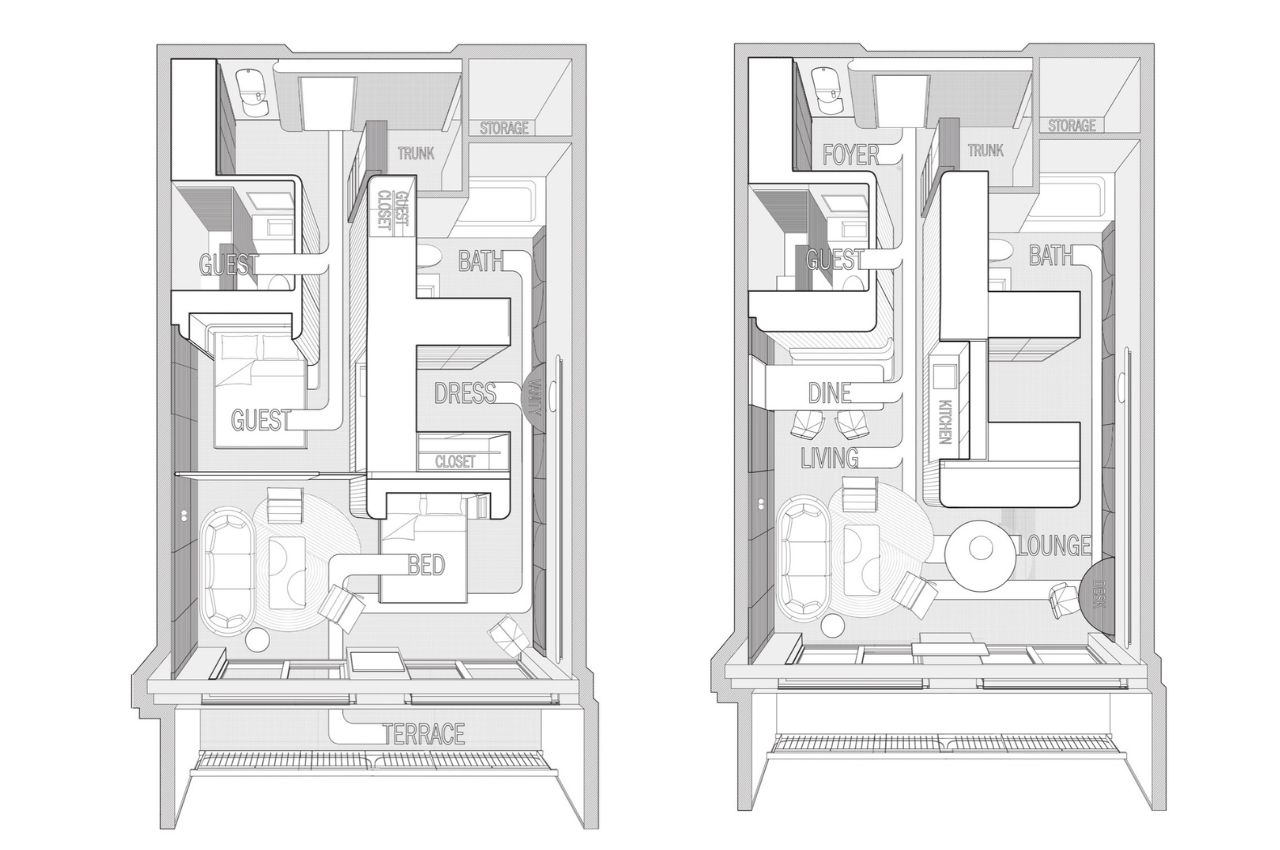 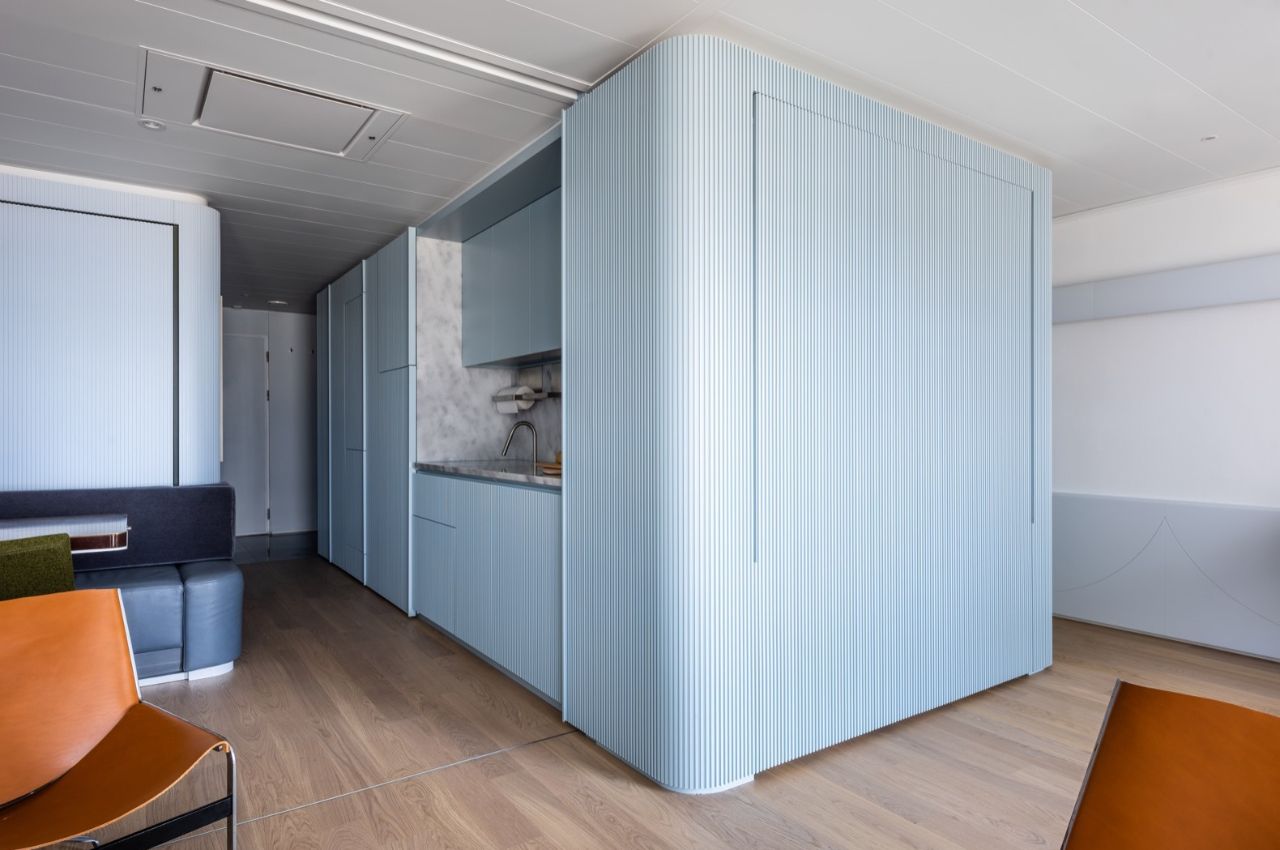 The entire space can turn into a two-bedroom space with two bathrooms, a kitchen, a sitting area, a dressing room, and a trunk room. There’s also space for an entry hall and storage space which you’d need if you’re staying for a longer period than just a weekend. The foyer has the storage on one side and then a coat closet on the other side. The entryway has the guest closet on the left and the guest bathroom on the right, leading to the kitchen, living space, and a sliding door that opens up to a terrace with a view of the open seas. 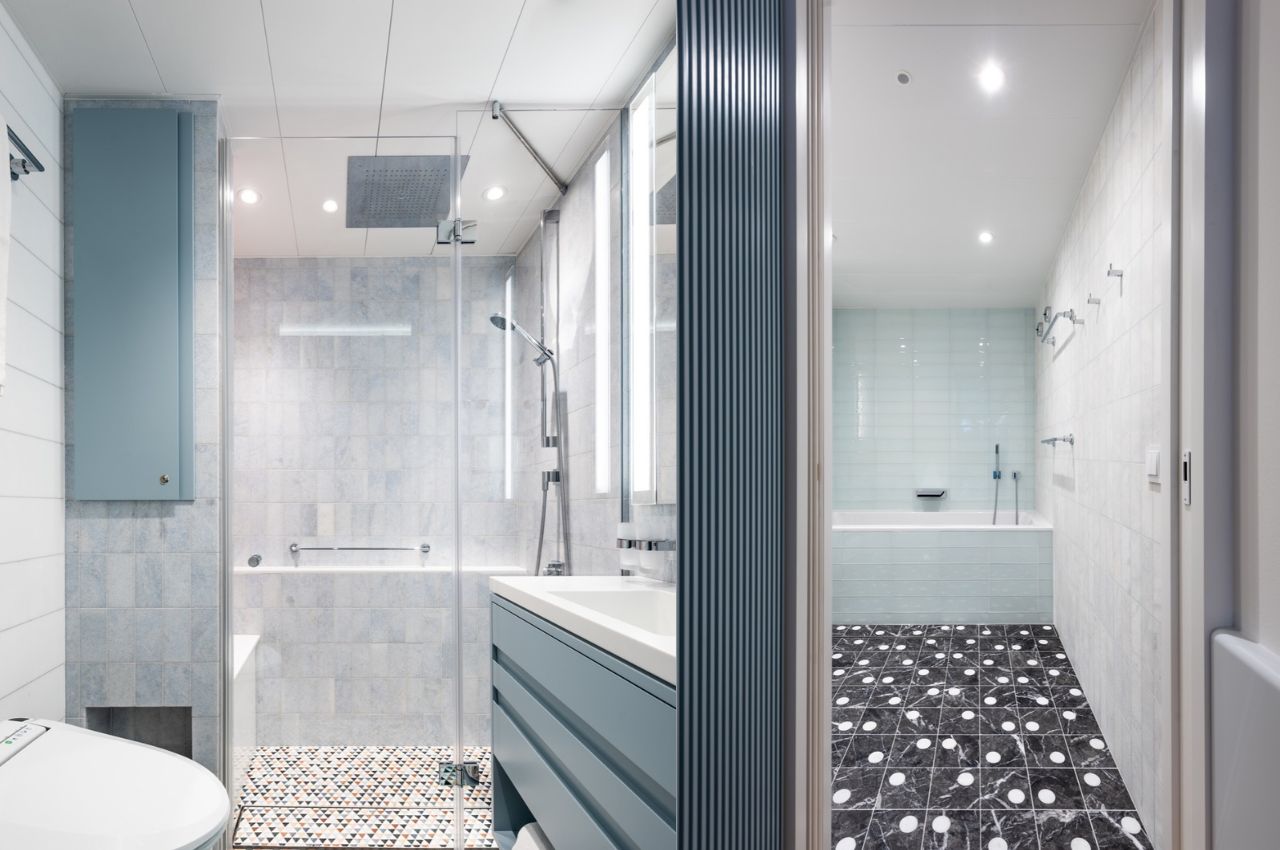 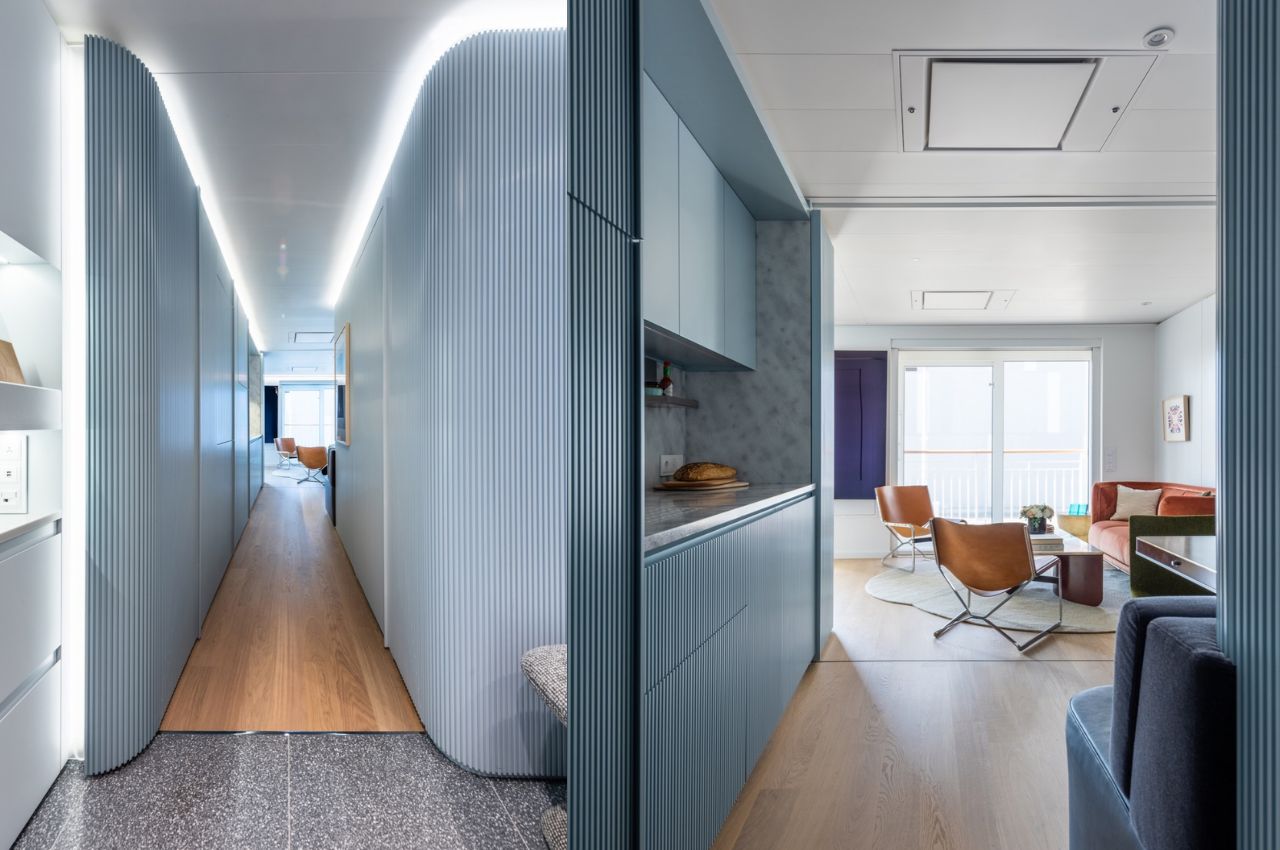 The apartment is made up of prefab pod-like volumes which were created in Austria, and then they were installed on the ship in Spain for five weeks while the ship was undergoing its dry-dock maintenance. The pods, cladding, cabinets, and all the functional elements were all pre-fabricated, and some, like the folding table were created in New York before being shipped and installed in the apartment. 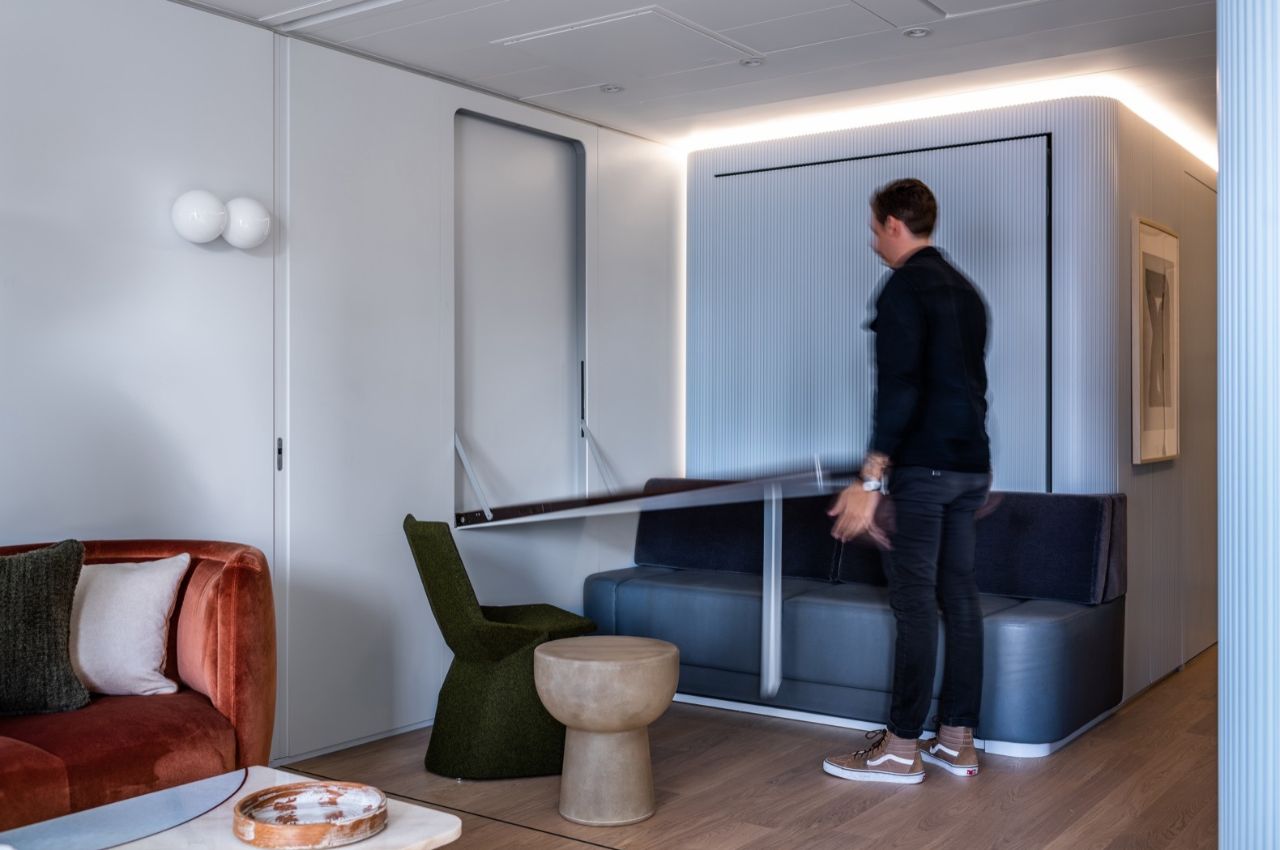 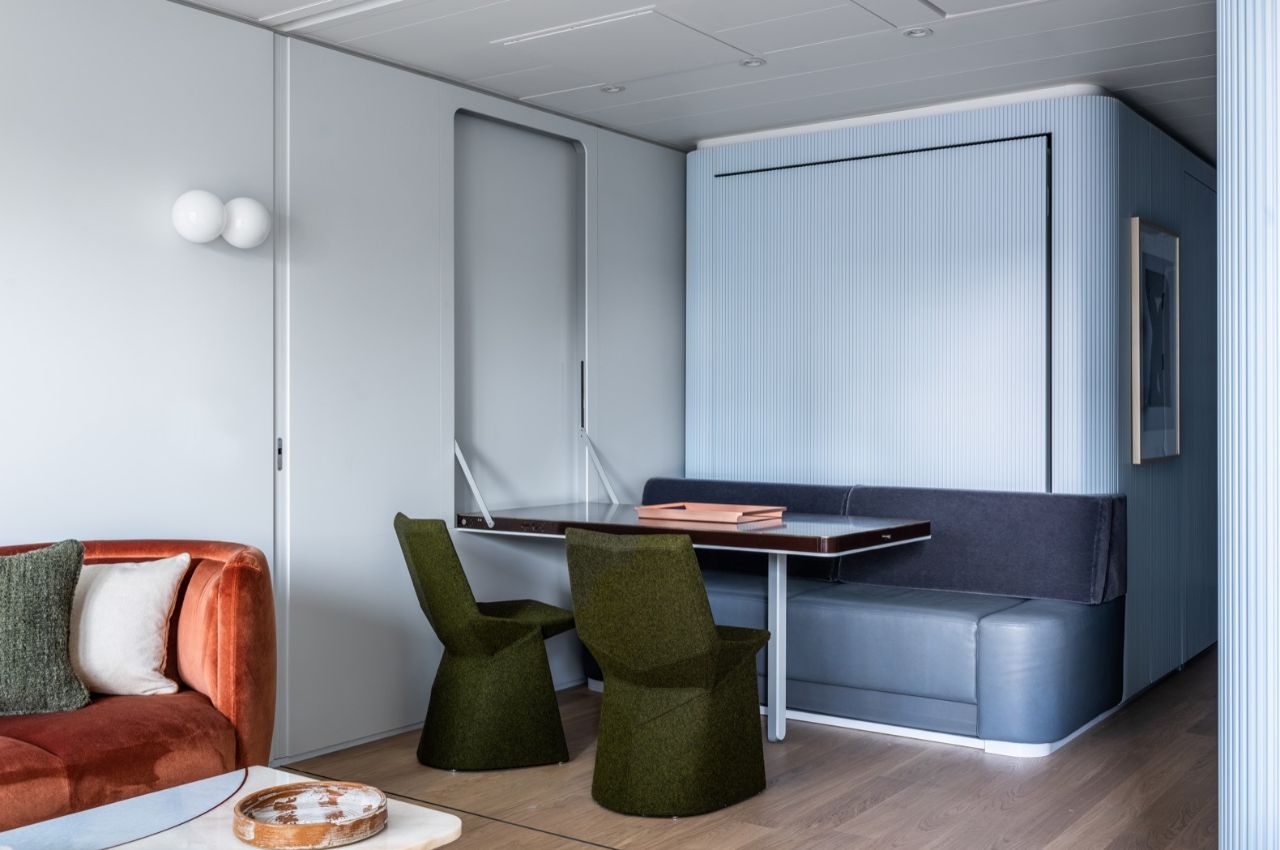 Speaking of the dining table, when it’s not being used for eating, it can be tucked away, and then the space is converted into a guest bedroom by lowering the guest bed. That bed as well as the main one comes with integrated nightstands, lighting, and even shelving. There is also a sliding door to give some sense of privacy between the two bedrooms. The fabricated pieces come in a blue and gray colored ribbed aluminum finish to give it a “slightly machine aesthetic” in keeping with the “machine for living” concept from Le Corbusier. 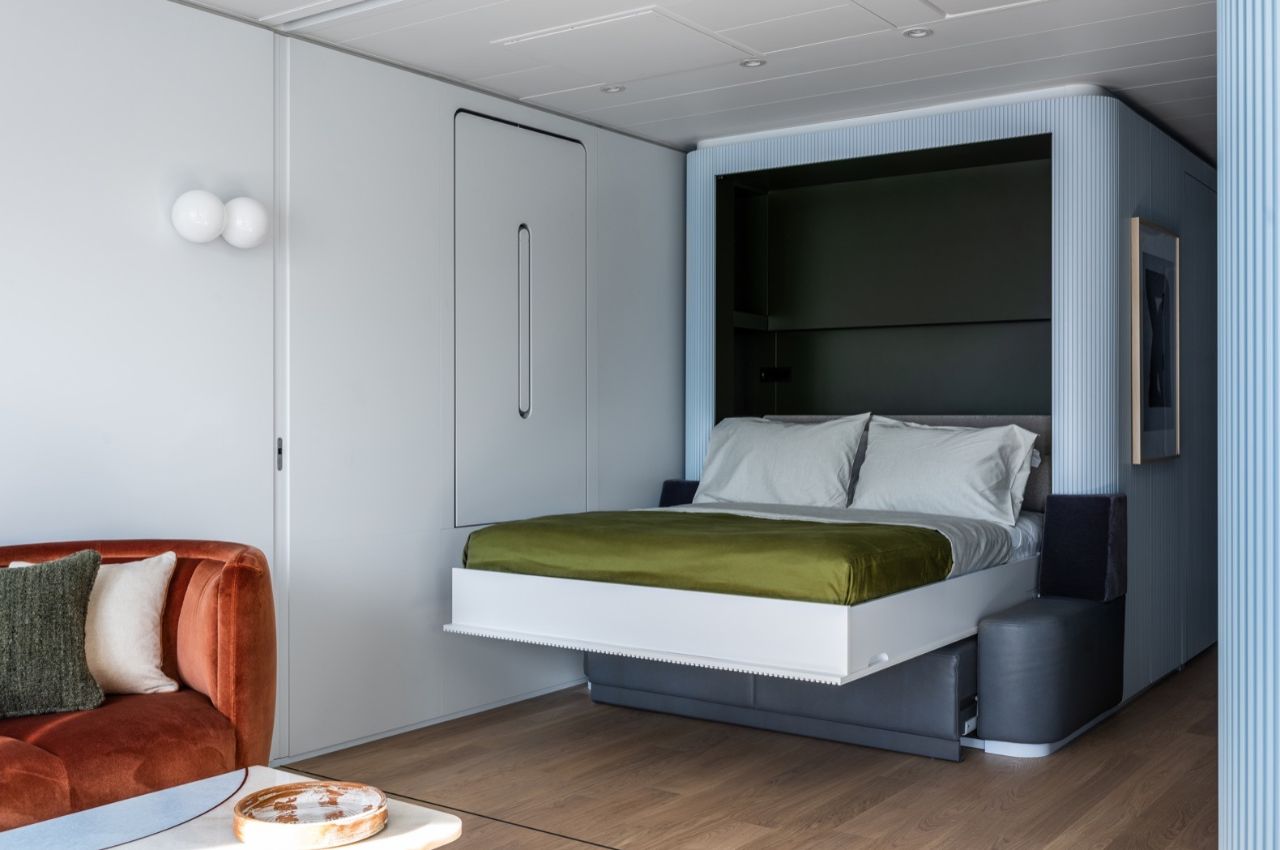 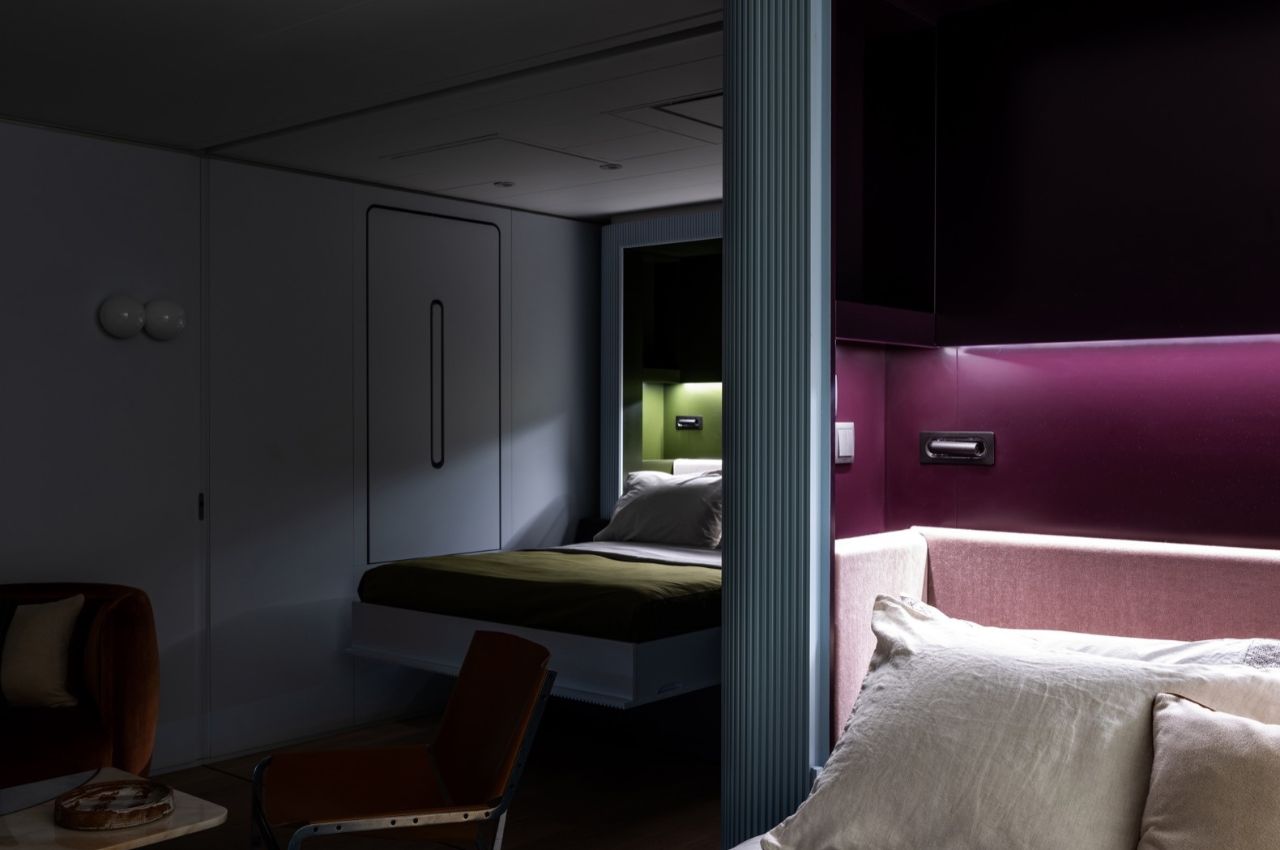 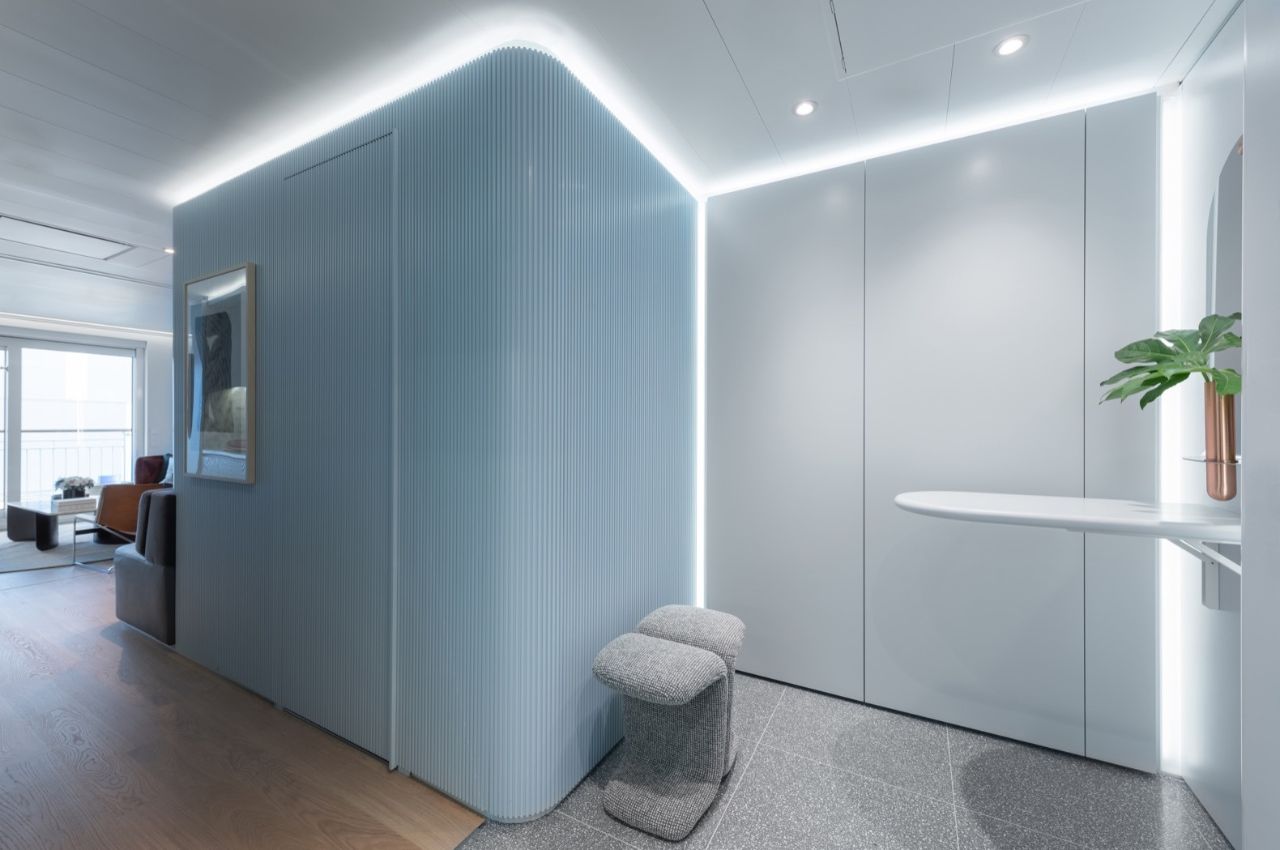 The Five Best Trees to Create an Indoor Forest

This Mercedes Vito turned camper keeps you outdoor ready with everything from an outdoor shower to a rear kitchen!

This DIY A-frame garage merges rustic simplicity with contemporary design to show off your cars in style!