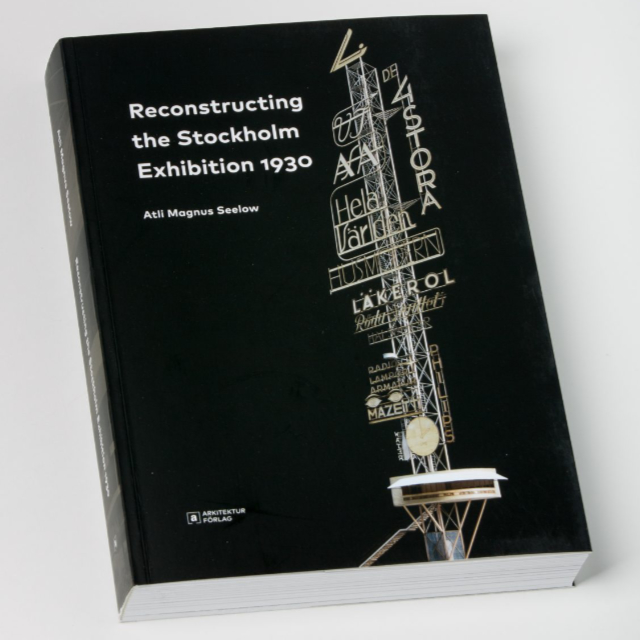 The Stockholm Exhibition 1930 of Arts and Crafts and Home Industries (‘Stockholmsutställningen 1930 av konstindustri, konsthantverk och hemslöjd’) and the manifesto Acceptera, published the following year by the exhibition organizers, mark the breakthrough of Modern Architecture in Sweden as well as in other Nordic countries. The exhibition is organised by Svenska Slöjdföreningen (‘Swedish Arts and Crafts Society’), managed by its director, the art historian Gregor Paulsson, and designed to a large extent by Gunnar Asplund. Paulsson conceives the exhibition as a comprehensive and future-oriented display programme encompassing the three themes of “Architectural and Construction Details”, “Streets and Gardens, Transport” and “Household Objects”. Asplund designs a complementary display aimed at “beauty and festivity”. The Stockholm Exhibition is a phenomenal success and attracts more than four million visitors, including 25 000 foreign guests, making it at that time the most popular Swedish exhibition ever held.
Despite its enormous success the architecture of the Stockholm Exhibition has been studied surprisingly little in detail and its buildings are astonishingly poorly documented. In order to reconstruct the architecture of the Stockholm Exhibition, rediscover its qualities and bring it to life, in 2014 and 2015 master’s students of Chalmers Department of Architecture undertook to reconstruct the pavilions in the form of models as part of the course “Nordic Architecture”. The reconstruction of the pavilions led to a series of discoveries testifying to an architectural quality that cannot be discerned from pictures or drawings, but is documented in this volume.
Atli Magnus Seelow is Dr.-Ing. Architect and Architectural Historian. Associate Professor, Chalmers University of Technology. Visiting Lecturer, University Erlangen-Nürnberg.
dDAB COMMENTARY:
Although it took more than 75 years for it to be translated into English, one of the books I felt the need to include in Buildings in Print: 100 Influential and Inspiring Illustrated Architecture Books was Acceptera, the manifesto of Swedish modernism that came out one year after the Stockholm Exhibition of 1930. (Acceptera is one of “three founding texts” included in MoMA’s 2008 English-language book Modern Swedish Design.) In words and images, the 1931 book by Gregor Paulsson, Gunnar Asplund, and a few other Swedish architects and designers creatively summarizes the ideas from the exhibition, addresses criticisms levied a year earlier, and works as an optimistic manifesto that accepts the circumstances of modern life. Yet, even though the 1930 exhibition was the impetus for the book, there is very little discussion or documentation of the actual event in its pages.
Not long ago I happened upon an inexpensive copy of Reconstructing the Stockholm Exhibition 1930 and found it hard to resist the way the five-year-old book, and the exhibition it came out of, tried to fill a void: students at Chalmers Department of Architecture built scale models of some of the temporary buildings erected for the 1930 exhibition, buildings that, the back cover asserts, were poorly documented and studied surprisingly little in detail beforehand. If Acceptera failed to use many of the buildings from the exhibition as examples of the Functionalism the authors were promoting, perhaps some graduate students nearly a century later would discover things in the buildings that were not noticeable in the documentation that did exist. That’s the idea at least.
A map of the exhibition grounds early in the book highlights the fifteen buildings that students built models of, plus the advertising tower that graces the book’s cover. The map was particularly helpful as I flipped through the roughly 100 pages of the book devoted to the buildings/models, particularly since the texts often discuss the design of the buildings relative to site features such as bay Djurgårdsbrunnskviken that it fronted. A half-dozen of the buildings, plus the advertising mast, comprise one chapter, while nine projects from the housing exhibition (housing was one of the three main themes of the expo) are documented in the following chapter. I found the models in the former (as in the model shots below) more informative, since the large expanses of glass articulated simply as frames free of any plastic or similar surfaces effectively turn the models into interior models as well. The housing models, on the other hard, are primarily solid, limited to exterior expression but accompanied by archival photographs of the interiors.
The most appealing aspect of Reconstructing the Stockholm Exhibition 1930, outside of the beautiful photographs of the carefully constructed models, is the idea of “learning by doing”: that the Chalmers architecture students would have learned a great deal about the buildings as they went through the process of constructing them in miniature. While that notion is articulated in a chapter at the end of the book, “Model Knowledge,” it is hardly explicit in the two chapters documenting the exposition buildings in photographs and models. (It should be noted that in these chapters, the two predominant types of images, photos and models, often face each other on opposite pages in similar vantage points, making the book aesthetically pleasing as well as informative.) The texts accompanying the images (curiously written in present tense, as if it were 1930 and the exposition were happening) describe the various designs, but not necessarily what information was gathered from archival drawings and photos versus the model making. Regardless, the thorough documentation of some important buildings from one of the most influential architecture exhibitions of the 20th century is a helpful addition to any library where Scandinavian modernism is already a strong presence.
MODELS: 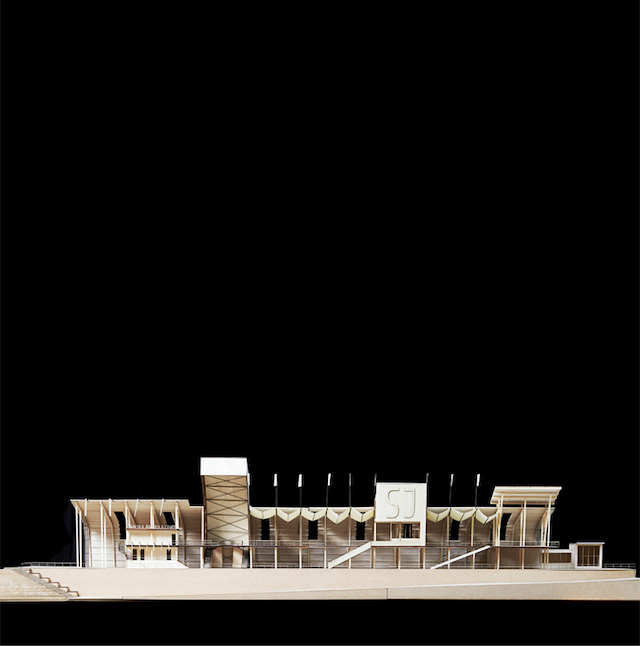 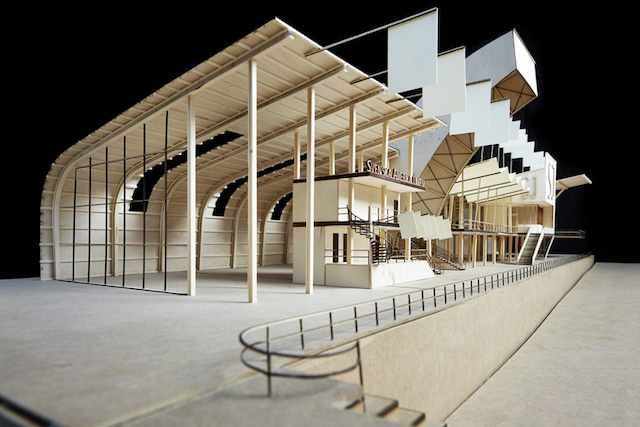