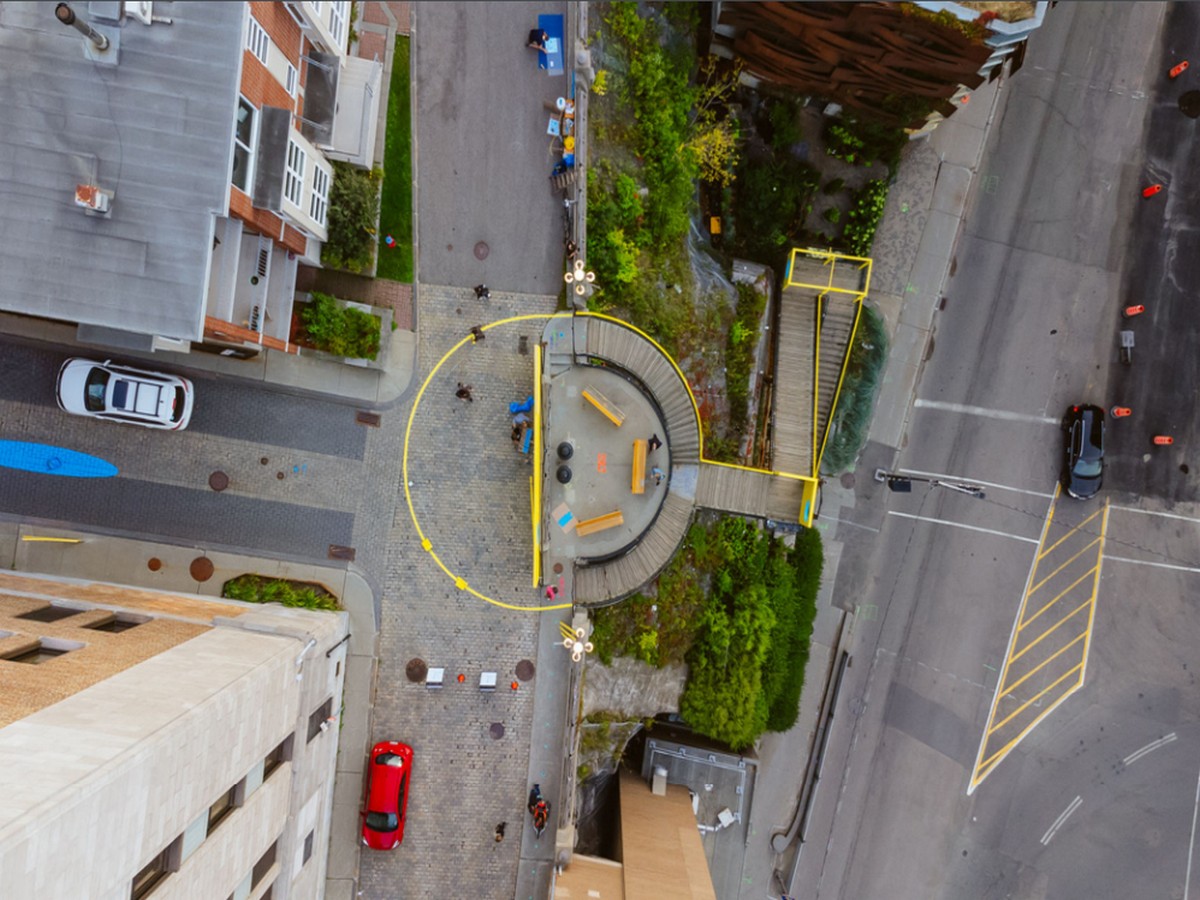 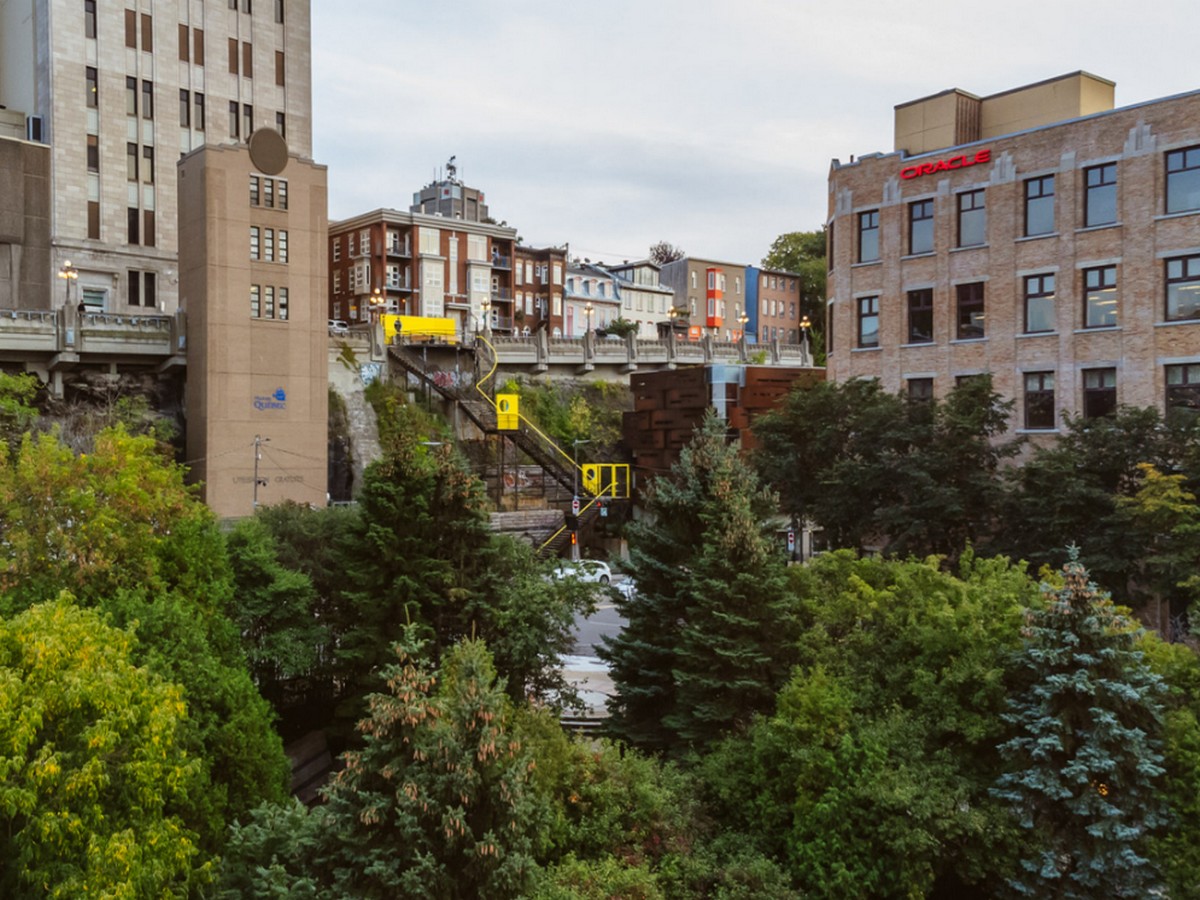 The Escale project was the collective’s first installation, which was presented until October 31, 2021. The designers plan to continue to incorporate many of the capital’s other stairways (there are about thirty of them) and create a large fair.

For this first edition, ATO PRO has chosen to enter into dialogue with the Faubourg Staircase, designed in 1888 by the engineer and architect Charles Baillargé. Drawing inspiration from pure geometric shapes and its rich wrought iron ornamentation, the creators chose to use an archetypal architectural language for the design of the components of the various platforms of the Faubourg staircase. Each of the stations punctuating the ascent to the upper town aims to invite the user to experience the staircase other than in a purely utilitarian fashion.

The project’s common thread takes material form in a 2,100-meter rope that visually and physically connects the interventions. The long yellow segment is entwined around the existing handrail and having been painted, is projected onto the ground to create a link through the public space.

The oculus frames the gaze and directs it toward urban spaces. Arches highlight the passage between two paradigms of the city, and pergolas are an invitation to relax. The ephemeral architecture unfolds to reveal unseen aspects of this must-see heritage site.

Using bright colours, the collective seeks to underscore the importance of revalorizing a place that defines the identity of people living in the central neighbourhoods. That way, this ephemeral architecture, like an urban acupuncture, fulfills its role, revealing the city and its spaces.

The Escale installation also collects stories and memories about stairways from people living in Quebec City with a QR code integrated into the installation and with pencils, directly on the wood modules. The public’s testimonies are inventoried and will enrich the upcoming festival in 2022, inspiring the artists who will work on these singular spaces.