The chair of an influential parliamentary committee has called on the government to set out what steps are being taken to make sure more of the construction industry pays out for cladding remediation costs.

Clive Betts, chair of the cross-party Levelling Up, Housing and Communities committee, said that “all relevant parties” to the building safety crisis should be required to make financial contributions.

Materials giant Kingspan has also said that design issues have contributed to the crisis and that the costs should be shared across the entire construction industry.

In a letter to housing secretary Michael Gove, Betts asked what measures will be taken to ensure sectors which are yet to make a public funding commitment pay up for the work. 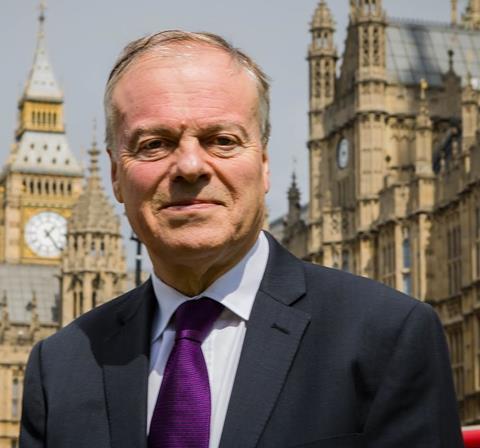 A group of 35 housebuilders have so far pledged to pay £2bn to fix fire safety issues on blocks which they have had a role in developing, on top of a £3bn levy for blocks where those responsible for the defects cannot be identified or compelled to rectify them.

But no agreement on funding has been reached with the products sector after talks between the government and industry group the Construction Products Association (CPA) broke down last week.

Betts told Gove: “The Committee is disappointed to learn from your announcement that the Construction Products Association has not made a public funding commitment.” And in a separate statement, the veteran Labour MP accused the CPA of “dragging its feet” on the issue.

His comments add to growing calls for the costs to be shared more widely across the construction industry and not just housing developers and product manufacturers, the two sectors which have so far been targeted by the government.

Kingspan said that the costs should be “spread across the construction industry”.

A statement posted on the firm’s website argued that resolving building safety defaults was a “multi-faceted challenge covering a wide range of design, installation and product issues”.

The firm, which reported a pre-tax profit of €689m (£573m) last year – a 50% increase on 2020’s figure – added that it would contribute to a “proportionate and equitable” funding mechanism that is “applied across the entire construction industry”.

Kingspan also said it stands by a commitment it made in February last year to pay its share of remediation costs “where [it has] responsibility” for the inappropriate use of combustile insulation in high-rise residential buildings and “its safe retention cannot be supported by testing”.

CPA chief executive Peter Caplehorn said yesterday a settlement should include “everybody involved…who had authority in how these buildings were put together”.

He added that there are concerns among product manufacturers about the role that “incorrectly specified or substituted products” have played in the building safety crisis.

A report by the Levelling Up, Housing and Communities select committee last month on approaches to funding remediation works said that the “whole industry must take collective responsibility”.

While it said that “some organisations may feel that they are more innocent than others”, the government should identify all who bear responsibility including product suppliers, installers, contractors, and subcontractors and legally require them to pay up.

The report also said that the government shares responsibility for the crisis on account of its “regulatory failings”.

Last week, the executive chair of the Home Builders Federation Stewart Basely argued that other parts of the construction industry aside from the housebuilders should share the costs for fixing unsafe buildings.

He said: “The candid truth is the government sees us as a relatively soft target because we’re larger UK taxpaying companies and we would like to see Mr Gove use the same energy to go after some of the other actors.”

DLUHC has also confirmed that the funds raised will be used to fix ‘non-cladding’ safety issues such as missing fire breaks.

Betts has previously raised concerns that leaseholders may still be hit with some of these costs, which will account for an estimated 55% of the £3.6bn the G15 group of housing associations is planning to spend on building safety by 2036.

Subtractive Manufacturing: The Quiet Machine Revolution that is Reshaping Architecture

Under a week to go before World Architecture 100 Live