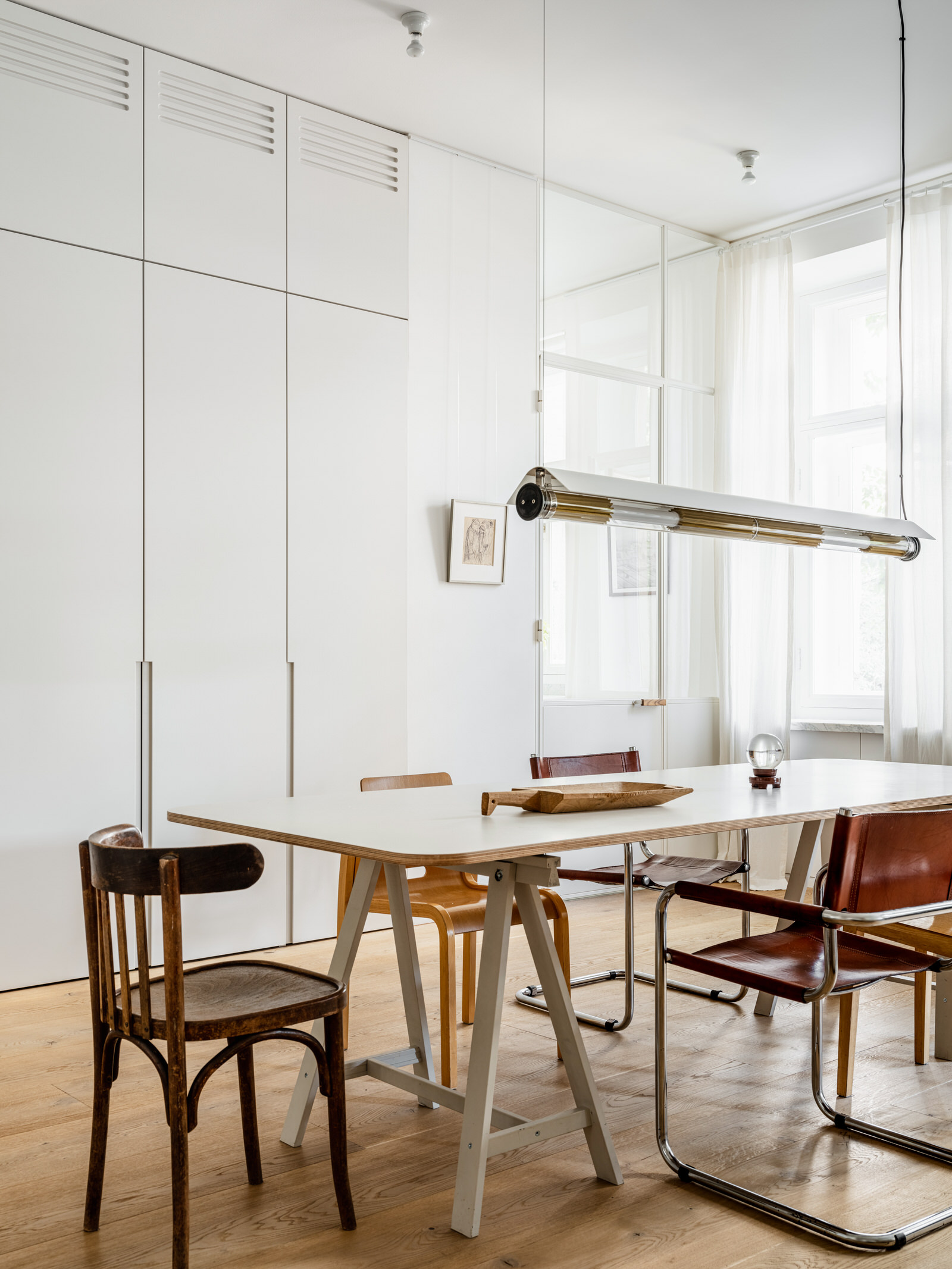 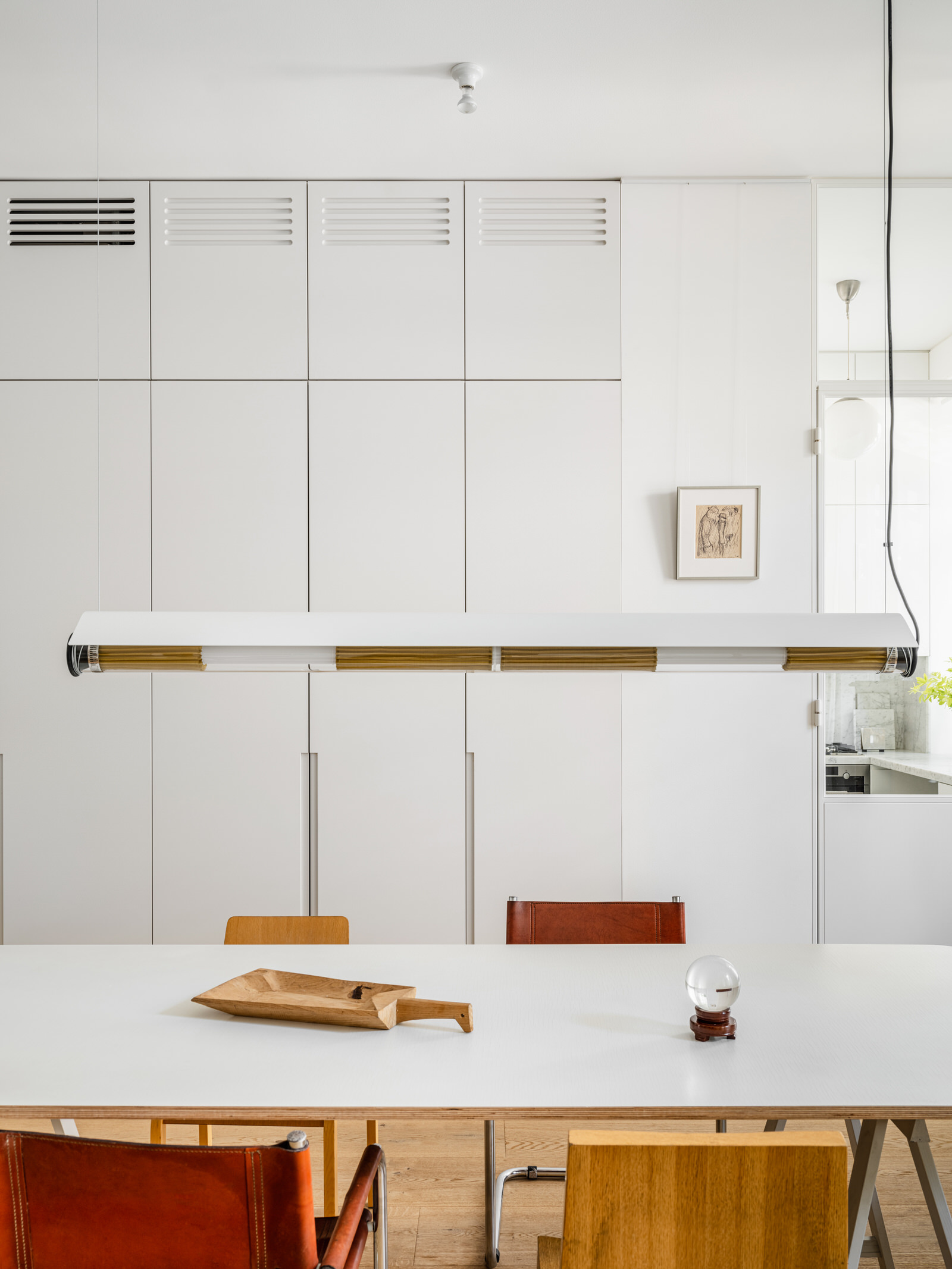 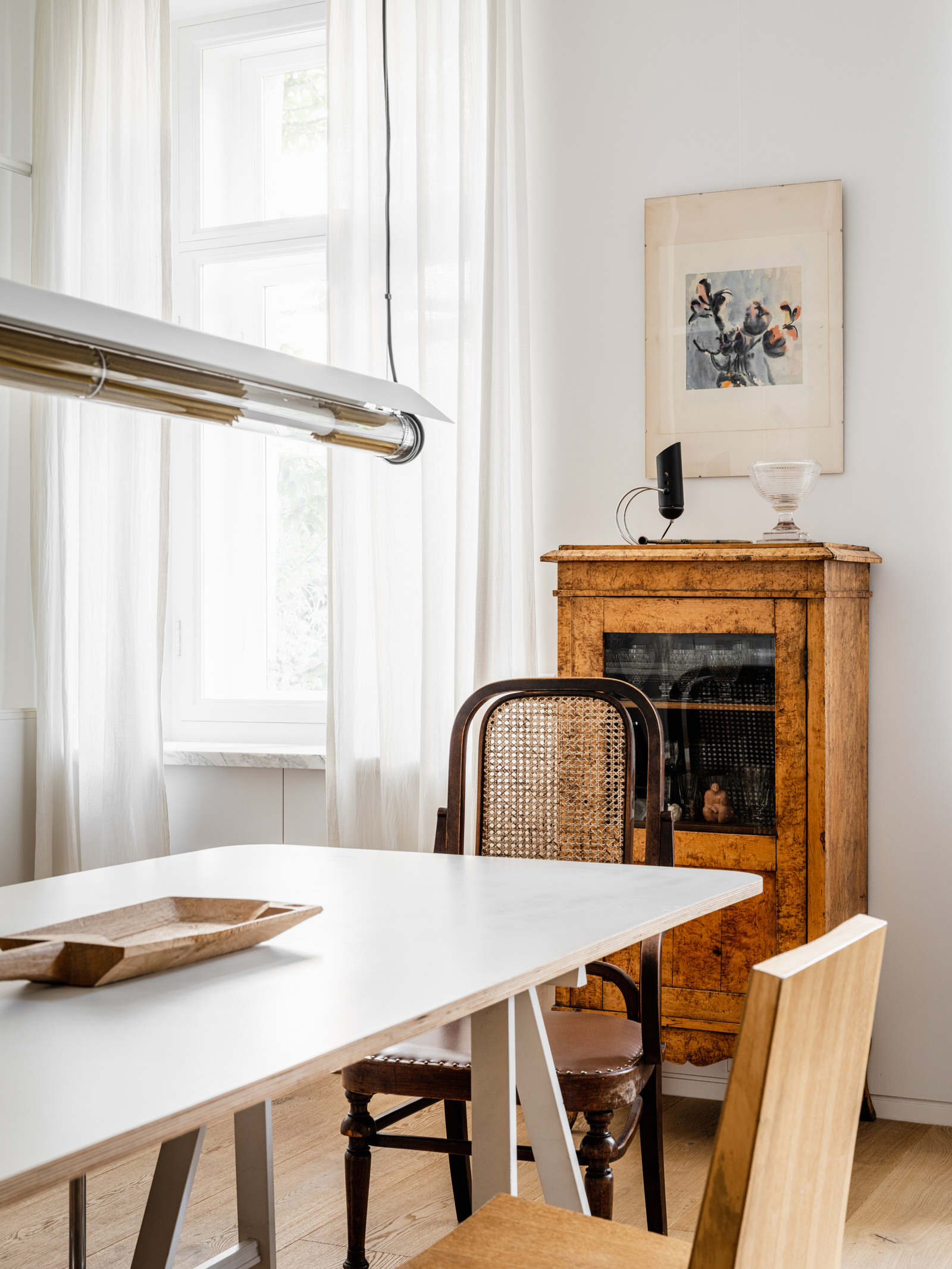 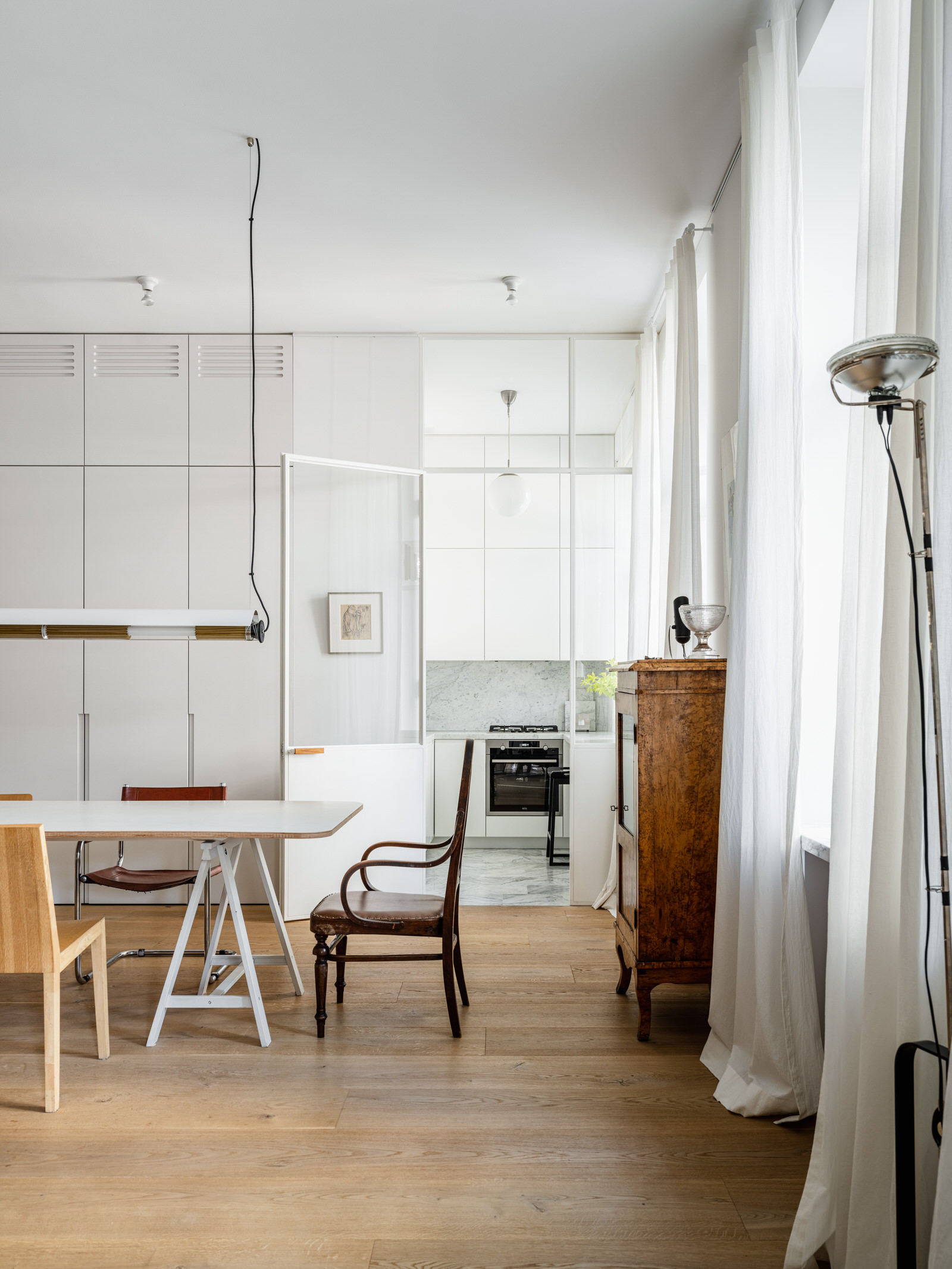 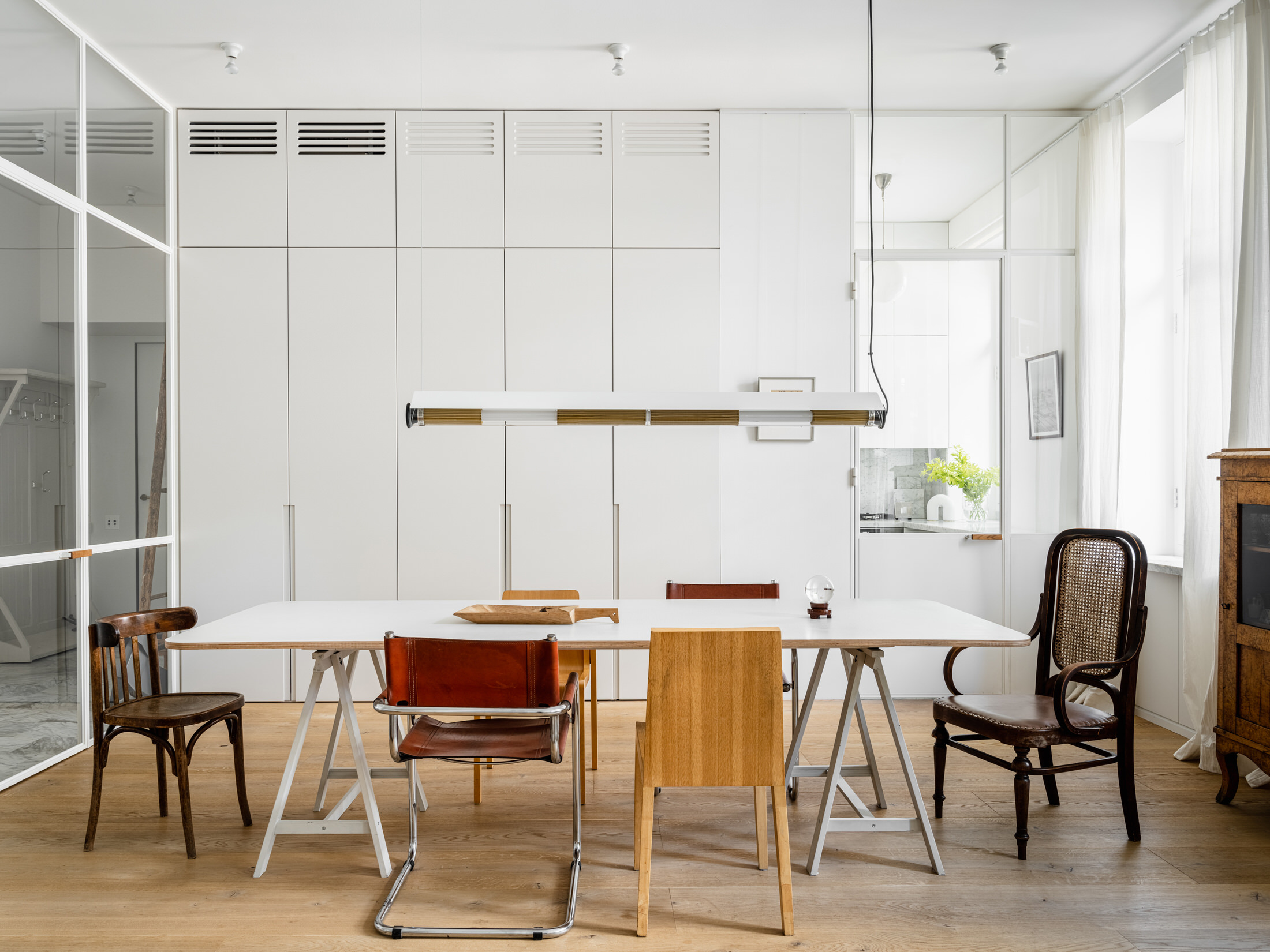 One of the first steps of this project was to plant trees below the windows. “Vladimir went to a nursery and bought a rowan and a maple, a lilac bush and a fir tree and planted them below our balcony”, remembers Trofimov. “At the time, I wasn’t convinced it was such a good idea, but in the long run, planting the trees proved to be a wise move. The refurbishment has lasted much longer than we anticipated and the trees have grown pretty big.”

The walls were demolished, rebuilt and painted white, resulting in a bright atmosphere, while engineered parquet flooring was installed to bring some warmth to the spaces.

Related: A Slice of Paris in Moscow—Apartment of Basta by Blockstudio. 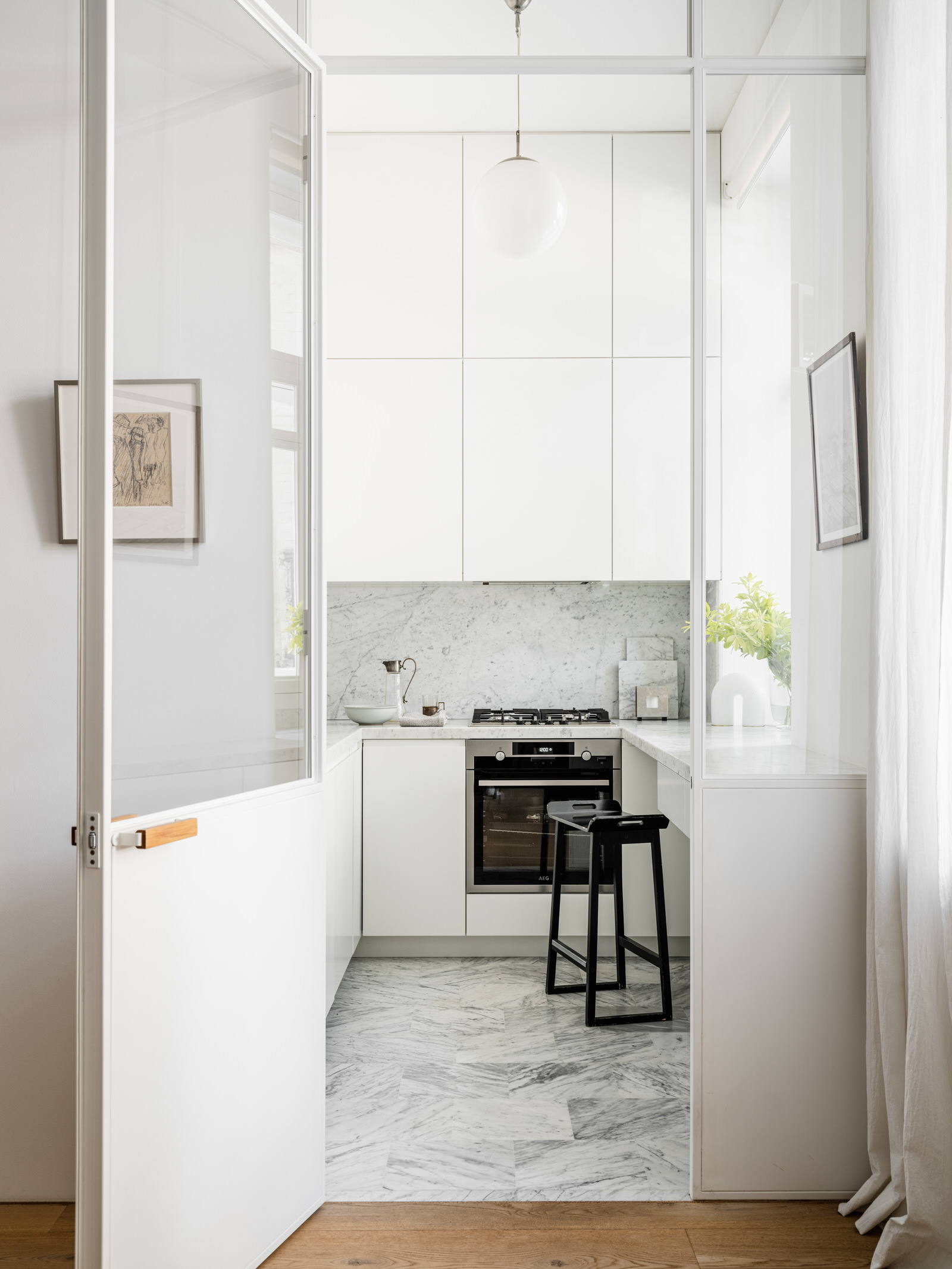 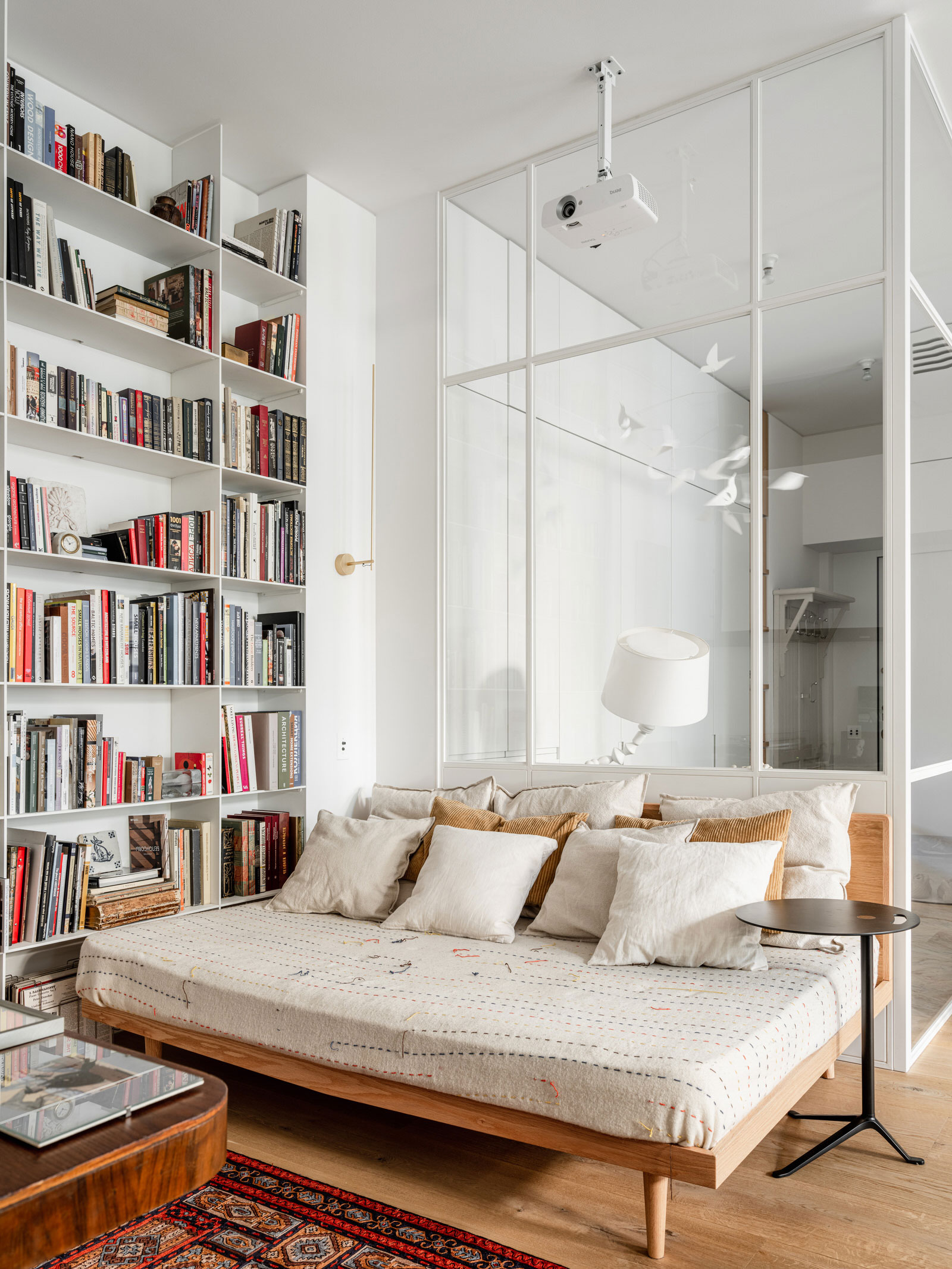 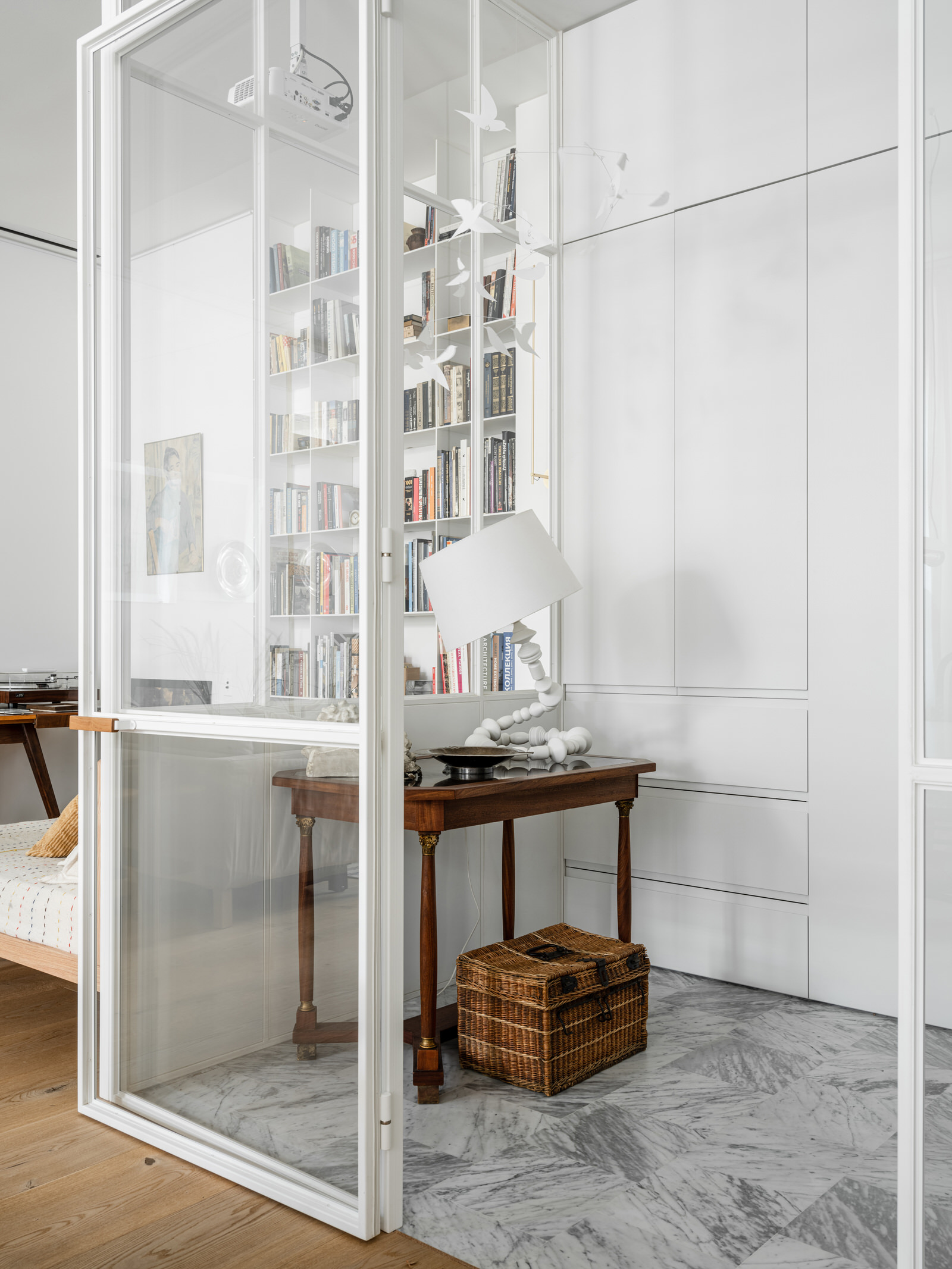 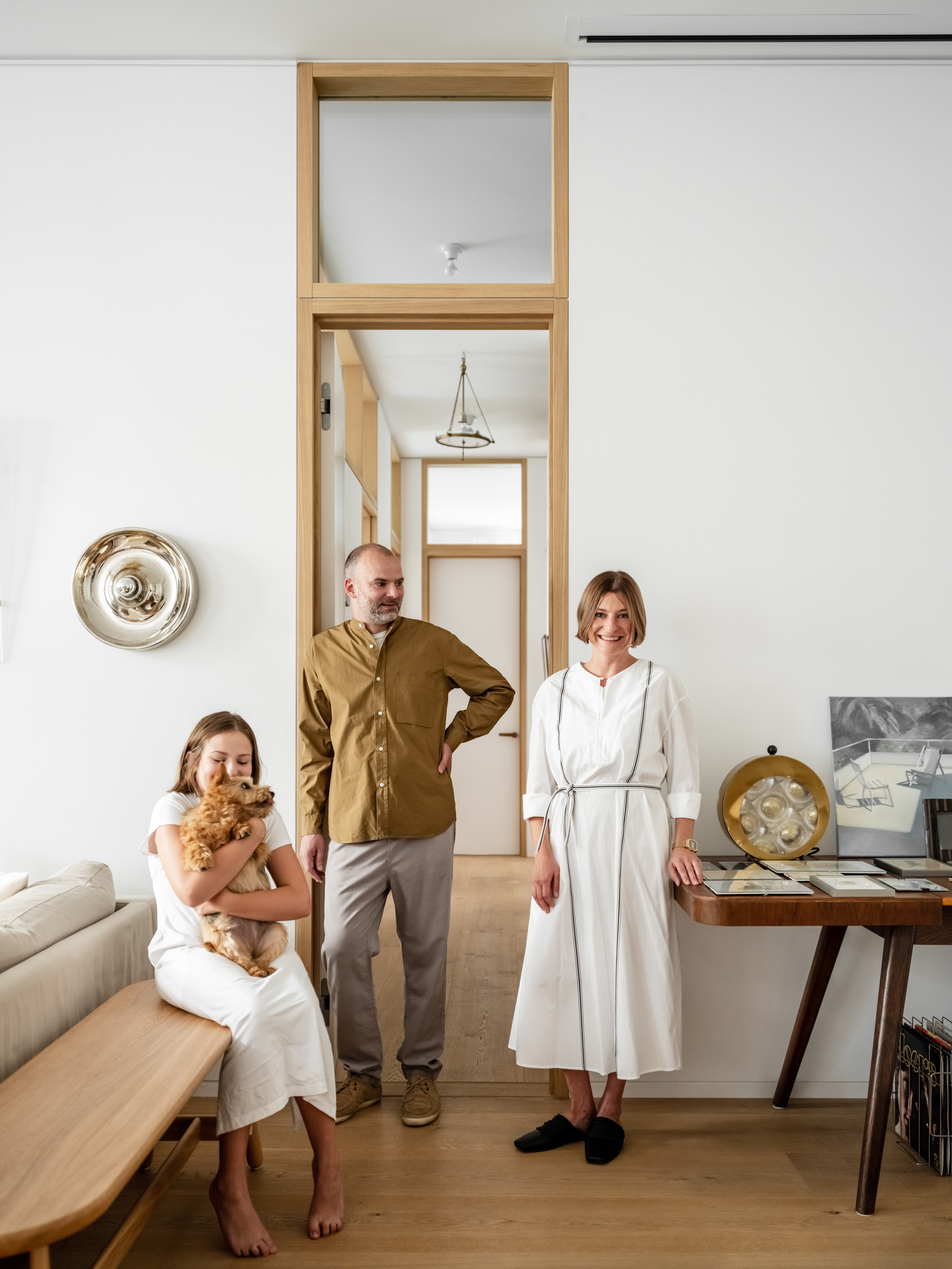 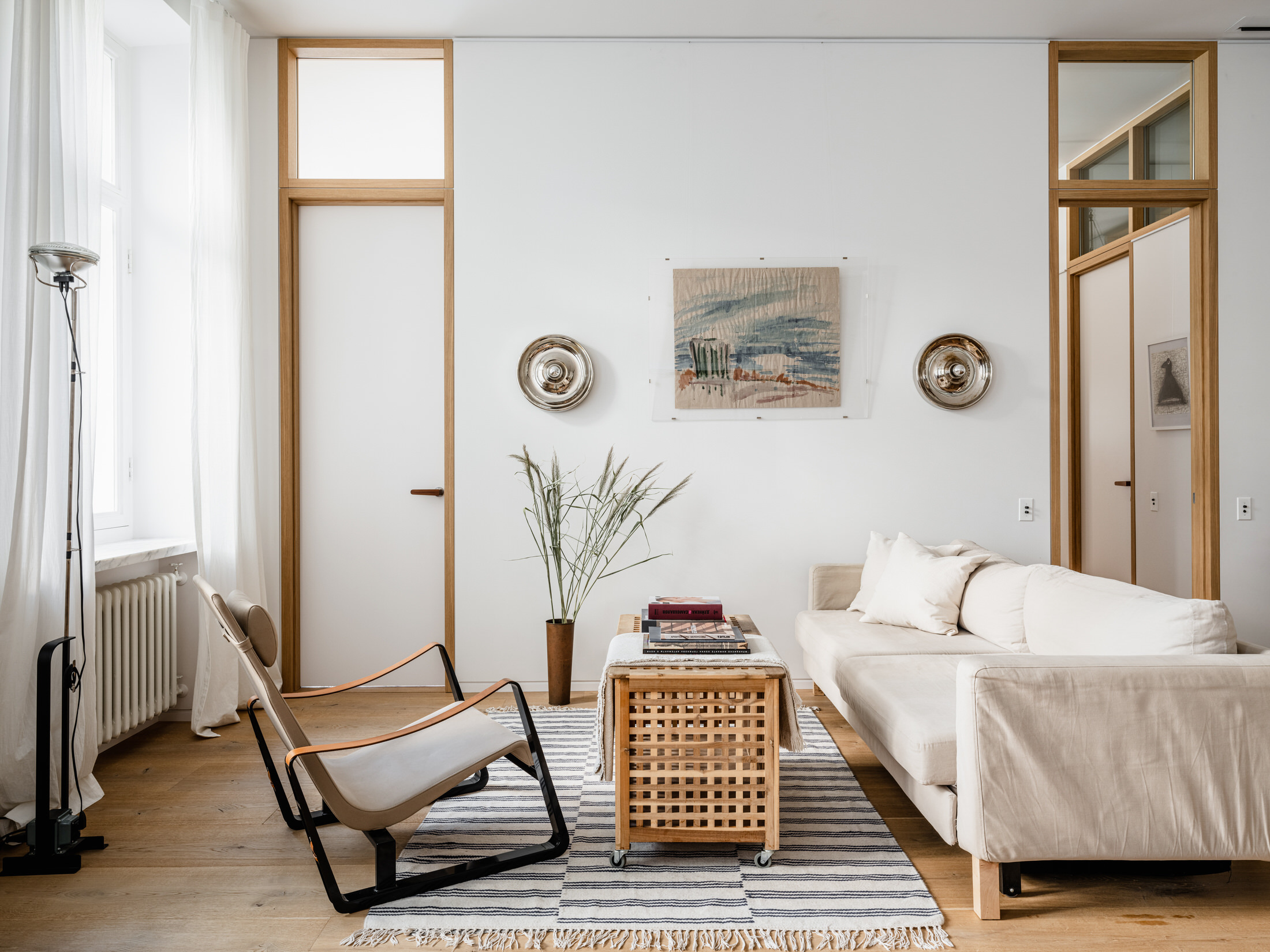 The enfilade layout is characterised by a series of well-proportioned rooms where maximising natural light, especially in the corridor and the bathrooms, was at the heart of the renovation. “But this meant fitting in borrowed light windows in the bedroom and I am a very light sleeper”, Trofimov confesses. “For me, it was quite a difficult choice to make: sleep or light? In the end, we opted for light and rightly so. It’s such a pleasure to wash in a bathroom flooded with morning light.”

The artworks and antique pieces inherited from Trofimov and Belousov’s families were one of the main sources of inspiration and helped make this home very personal. “For as long as I can remember, the walls in my parents’ and grandparents’ apartments were always covered with art from floor to ceiling”, says Vladimir. “Many of our friends are artists and our collection largely features their work, or something that we came upon quite incidentally.”

For the couple, there are no rules when it comes to choosing a new object, except loving it. “The only exception is the works of Sergey Zhavoronkov — an artist we admire and whose works we collect”, Belousov says. “We took our time pondering where to hang each canvas or drawing. In the end, we have opted for a picture rail hanging system to allow easy replacement of the artwork displayed or going back to unadorned white walls.” 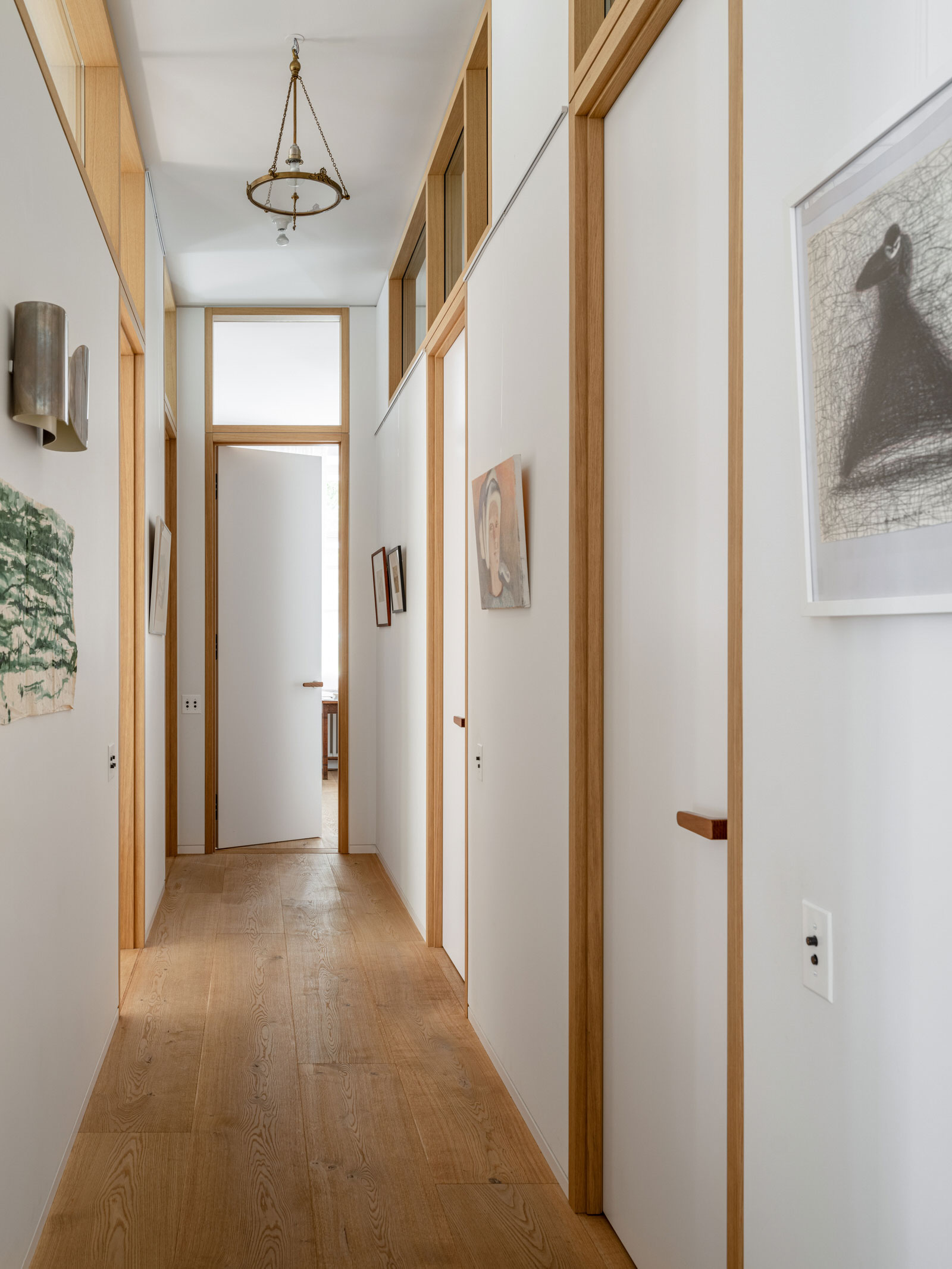 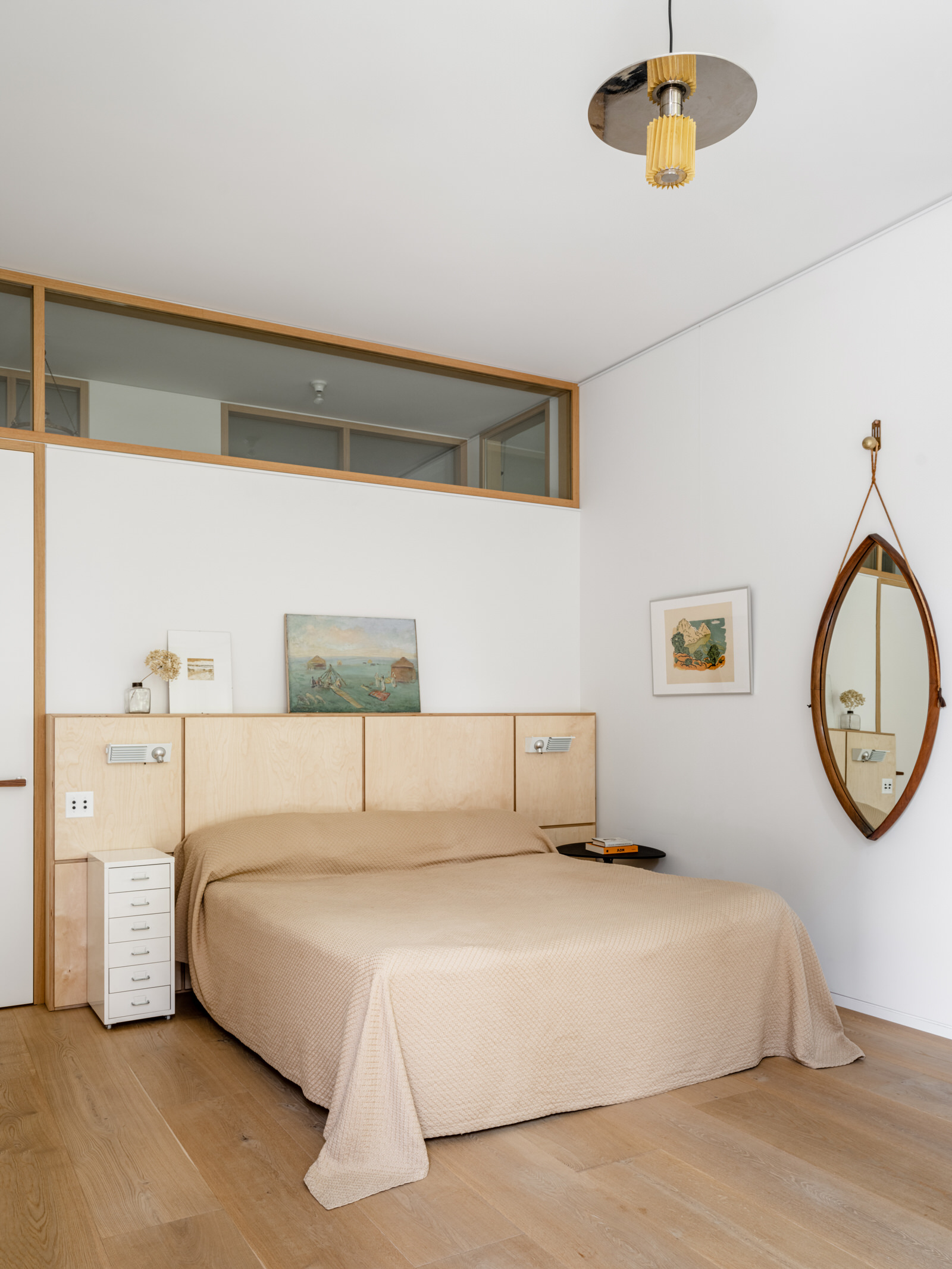 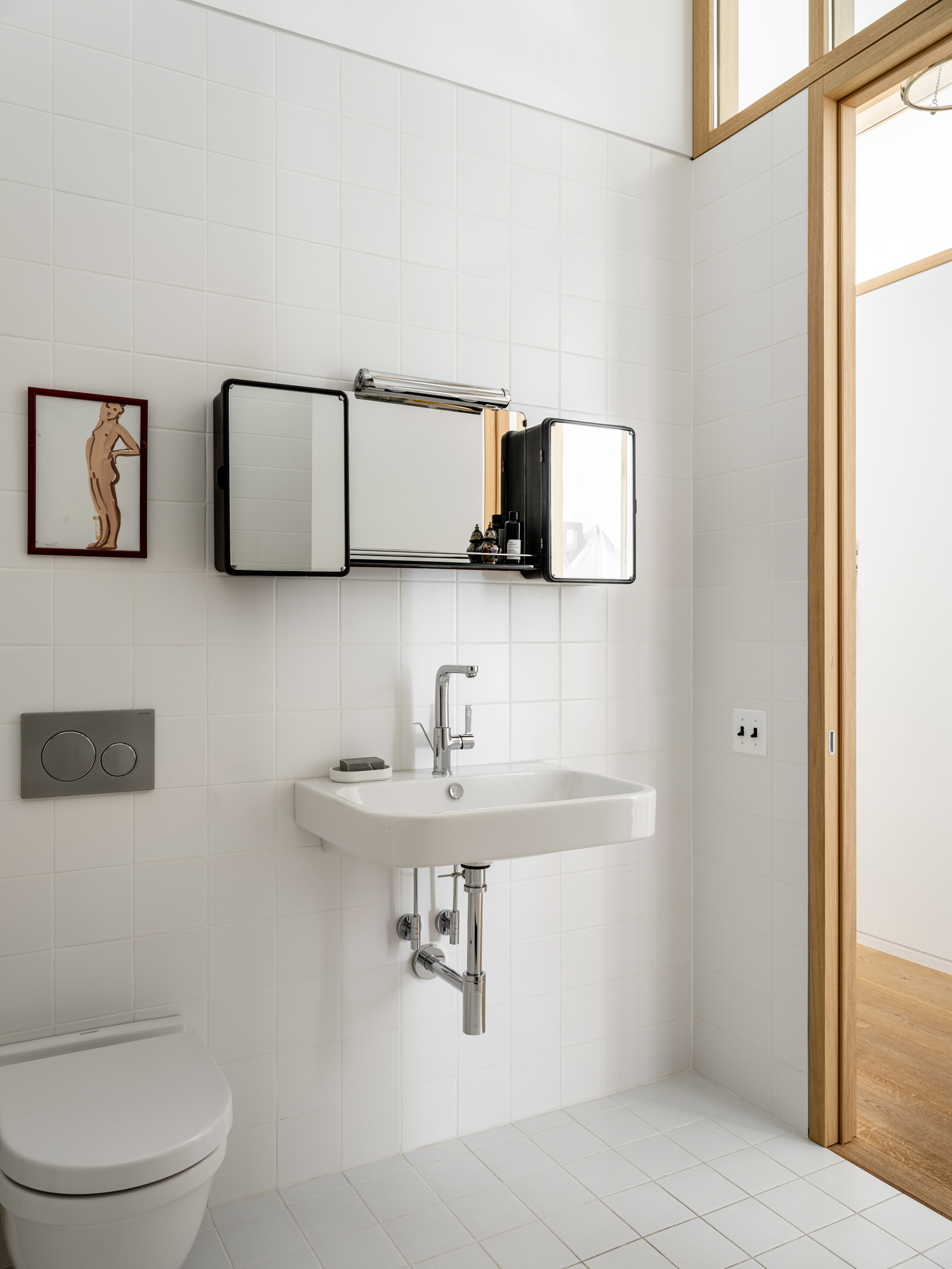 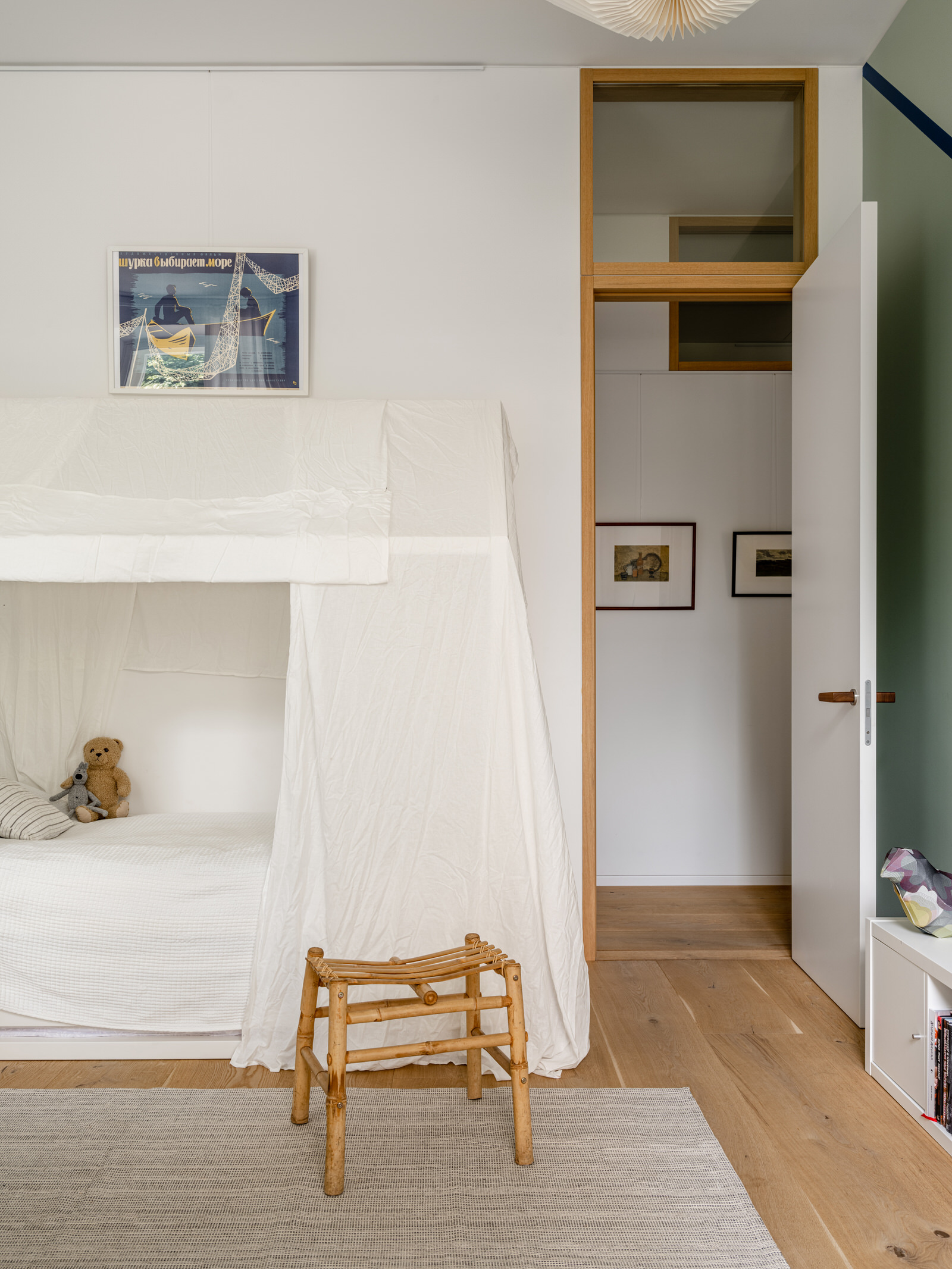 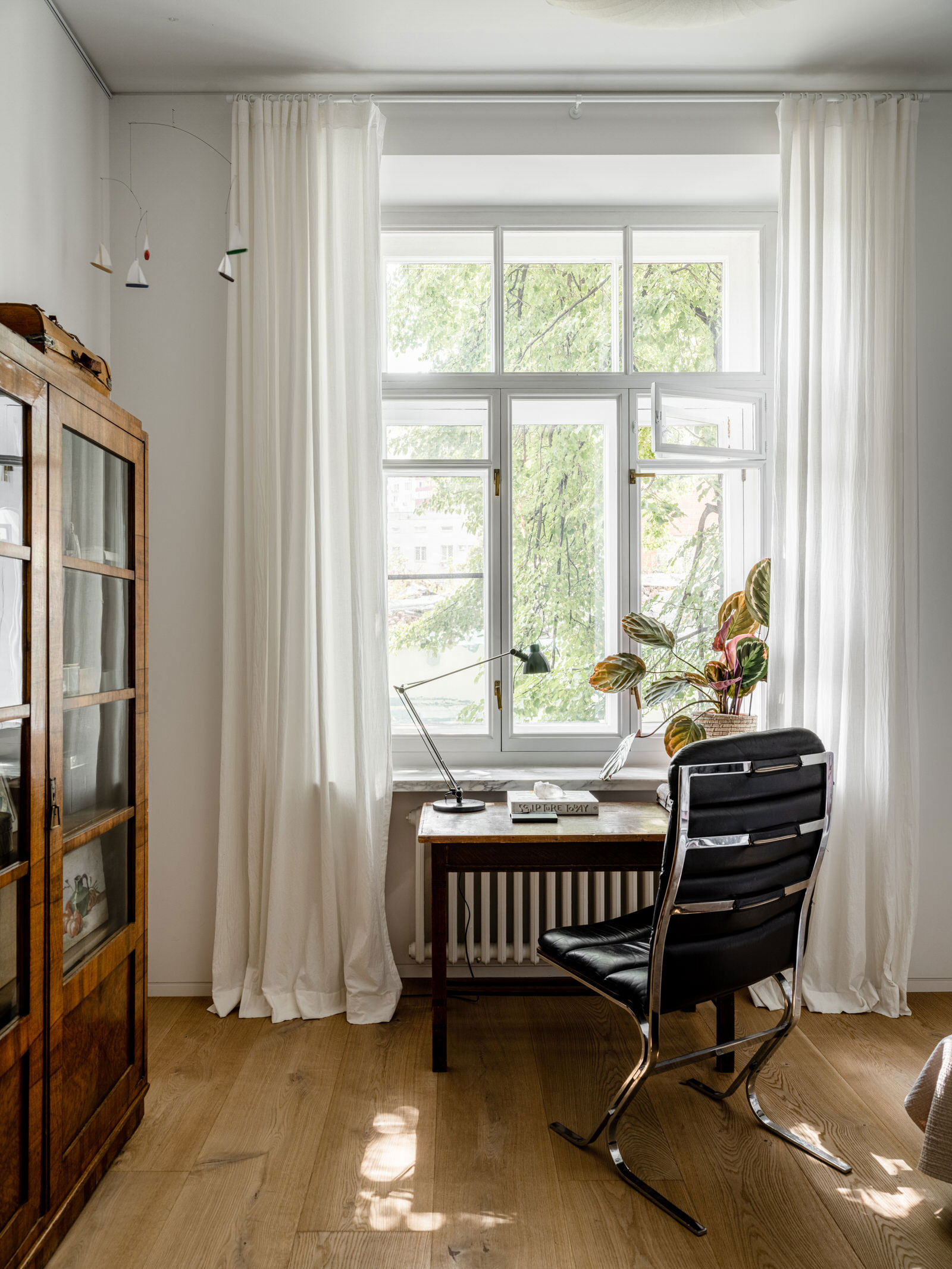 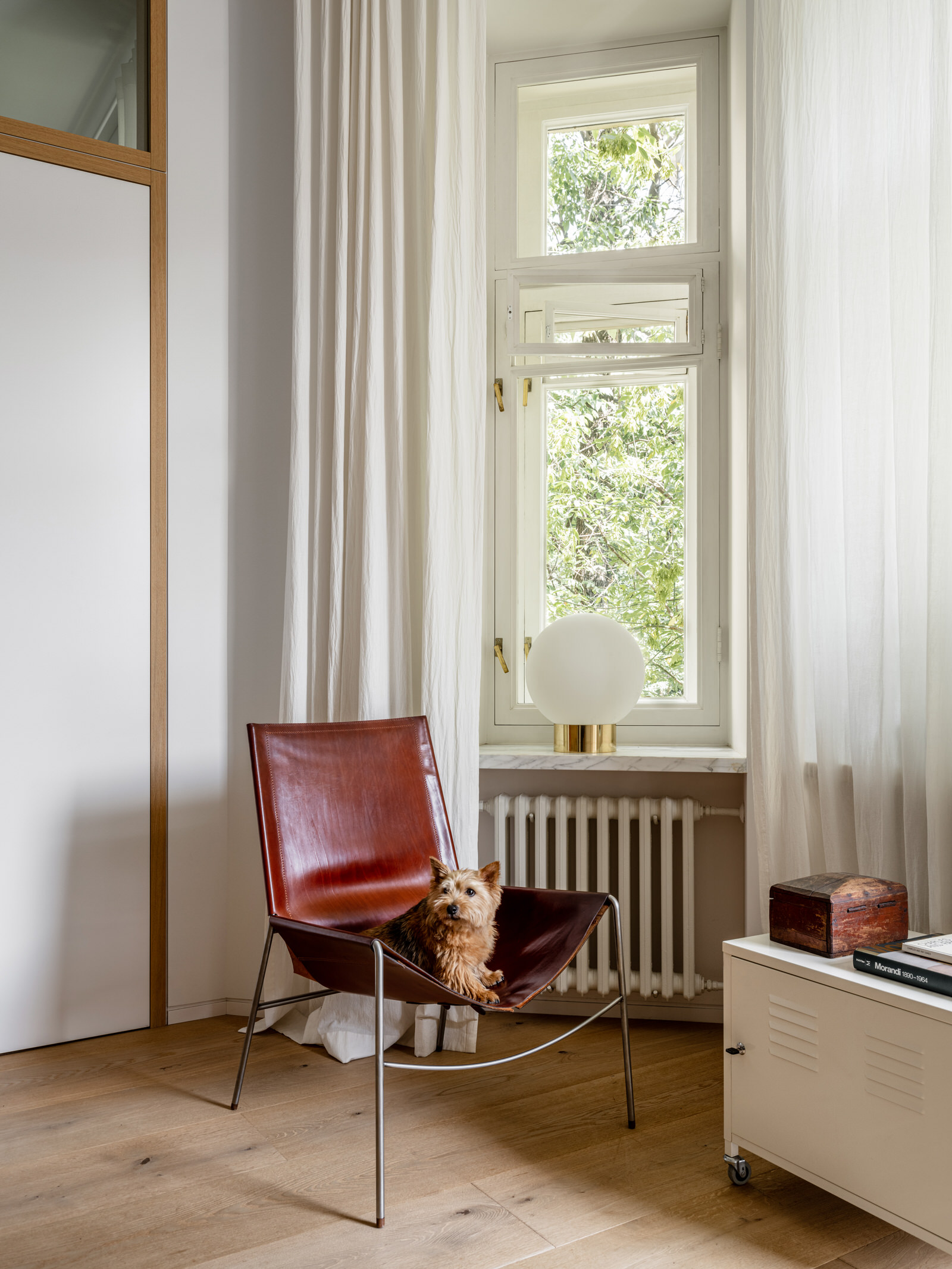 Pieces of furniture by Flos, Vitra, DCW editions — among other brands — dialogue with vintage lighting fixtures from the 50s, 60s and 70s, as well as made-to-measure elements (such as the built-in wardrobes and carpentry) fabricated by Lesopilka.

In the dining area, the table, which also acts as a desk and a place to gather with friends or to temporarily display objects and books, is among Trofimov and Belousov’s favourite things.
Both stylish and functional, this apartment reflects the personalities, family histories and design approaches of the creative minds who live in it.