Self-taught artist Michael Ward turns his eye toward cigarette shops and run-down cinemas in his series of paintings documenting the ordinary world around us. Mainly based on photographs, his impressive body of work has been steadily building over the last 40 years.

Based in California, Michael’s acrylic paintings don’t shy away from the minutiae of everyday life. Whereas details such as rust, litter or graffiti might be overlooked or Photoshopped out of the work of other artists, Michael chooses to lean in and embrace them in his stunningly composed images.

Capturing the world, we are all so familiar with that we probably ignore its more interesting details is no easy feat. However, Michael pulls it off with head-on paintings that perfectly balance all of their elements. With a keen awareness of light and colour, it makes sense to learn that his outlook was shaped by a background in photography.

Speaking to Creative Boom, Micheal explains that his father gifted him his 35mm camera when he was a teenager. And it wasn’t long until Michael began wandering around and taking pictures of what he found interesting. “My professional photographer friends thought the images had artistic merit, which encouraged me to further my art,” he says. “Influenced by the Photorealist artists, in the early 1980s, I tried making paintings of the photos.” 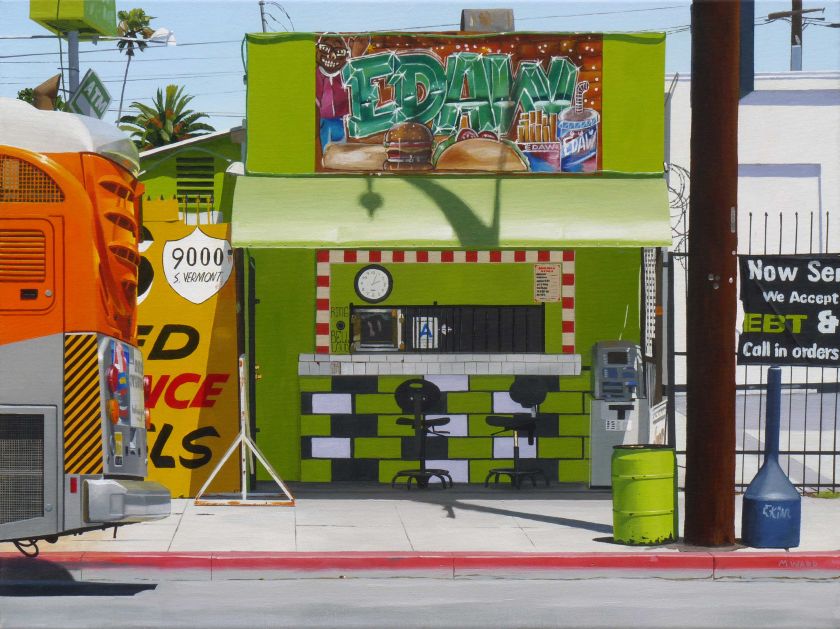 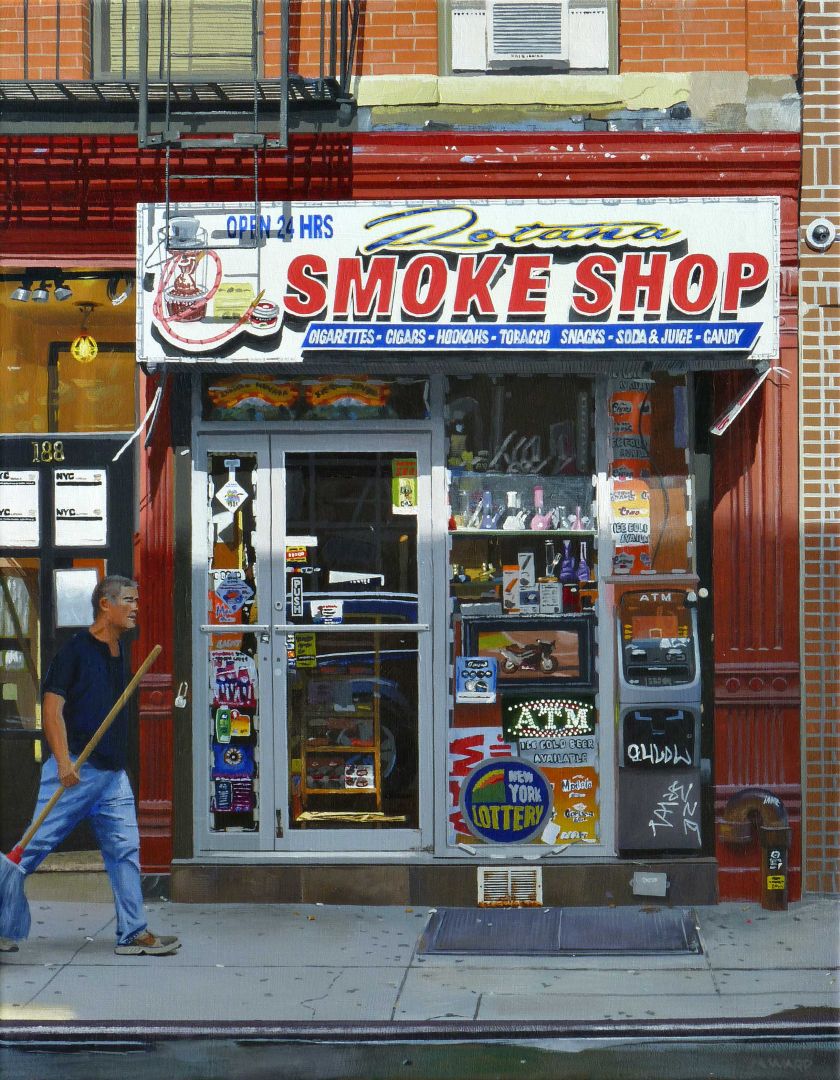 Michael considers these early works to be a success. He even made a sale. However, his artistic aspirations were put on hold, as they often are, when other life events got in the way. It wasn’t until the mid-1990s that he began painting again. “My impetus was to recreate the early painting that I had sold and always regretted doing so. I have been painting steadily ever since.”

In the decades since, Michael has come to see his paintings as “documents of things looked at but not seen, the ordinary environment that we live in but seldom examine closely.” He believes that by practising close observation – which is necessary when translating a source photo onto a canvas – he can begin to uncover the “grace that is hidden in the things around us.”

He adds that his paintings are his “way of bearing witness, and of making people stop what they’re doing and pay attention, to something they may have never seen before, but that makes them feel ‘I know this.'”

Apart from a few exceptions, Michael’s paintings are all based on photographs he has taken during the last 40 years. Perhaps what keeps his art engaging, though, is that it remains grounded and does not get swept away by the easy temptations of nostalgia. “I am, however, ever intrigued at how the past lurks in the corners of the present, waiting to be rediscovered,” he says. 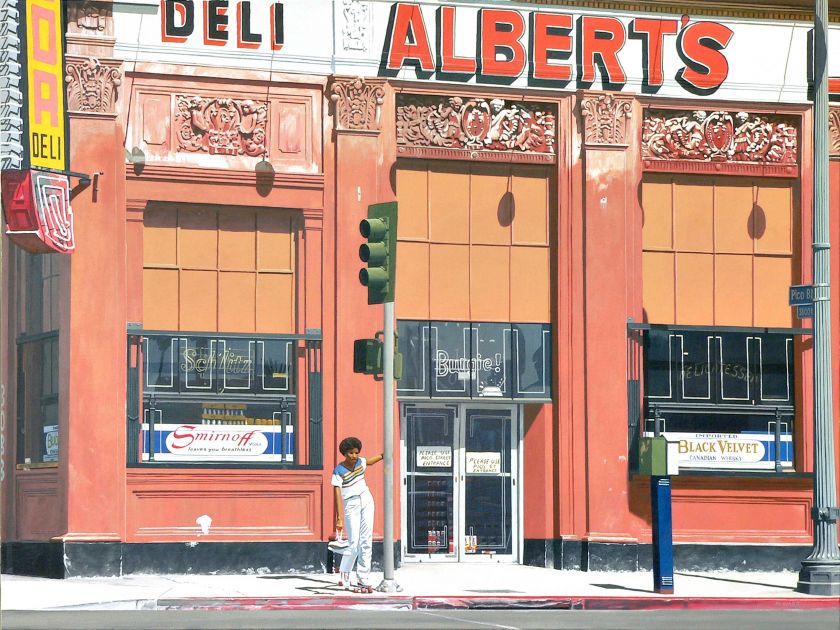 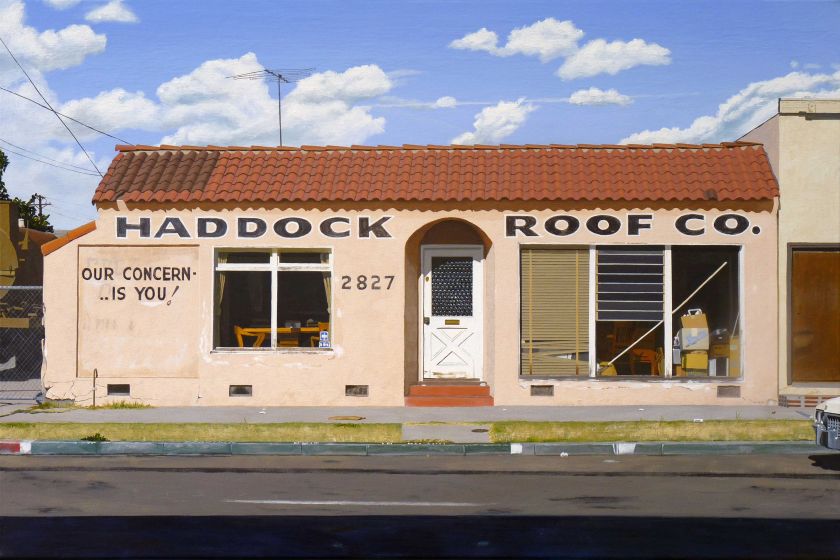 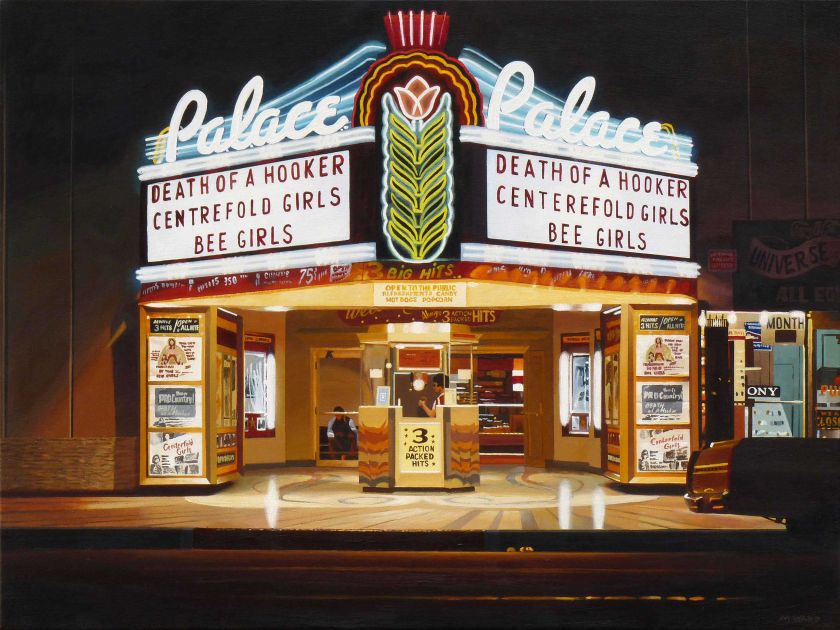 5 Things You Need To Learn As An Architect

Mark Whalen Sculpts the Quirkiness of Life in ‘Lucky Charm’