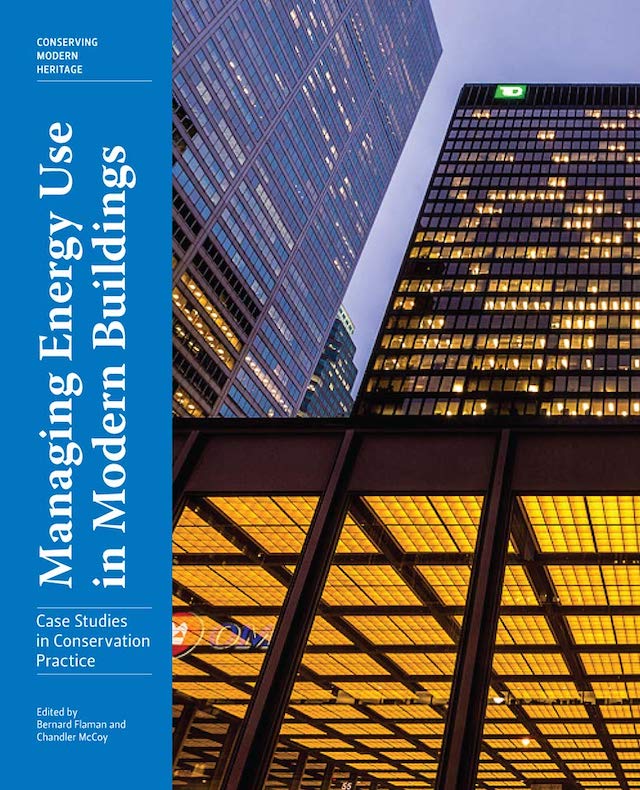 This timely volume brings together case studies that address the urgent need to manage energy use and improve thermal comfort in modern buildings while preserving their historic significance and character.
This collection of ten case studies addresses the issues surrounding the improvement of energy consumption and thermal comfort in modern buildings built between 1928 and 1969 and offers valuable lessons for other structures facing similar issues. These buildings, international in scope and diverse in type, style, and size, range from the Shulman House, a small residence in Los Angeles, to the TD Bank Tower, a skyscraper complex in Toronto, and from the Calouste Gulbenkian Foundation, a cultural venue in Lisbon, to the Van Nelle Factory in Rotterdam, now an office building. Showing ingenuity and sensitivity, the case studies consider improvements to such systems as heating, cooling, lighting, ventilation, and controls. They provide examples that demonstrate best practices in conservation and show ways to reduce carbon footprints, minimize impacts to historic materials and features, and introduce renewable energy sources, in compliance with energy codes and green-building rating systems.
The Conserving Modern Heritage series, launched in 2019, is written by architects, engineers, conservators, scholars, and allied professionals. The books in this series provide well-vetted case studies that address the challenges of conserving twentieth-century heritage.
Bernard Flaman is a conservation architect and project manager with Public Works and Government Services Canada. He is currently the acting subject matter expert on modern heritage. Chandler McCoy is senior project specialist at the Getty Conservation Institute, managing the Conserving Modern Architecture Initiative.
REFERRAL LINKS:

In William Jordy’s lengthy, 65-page essay “What the Building ‘Wants to Be’: Louis I. Kahn’s Richards Medical Building at the University of Pennsylvania,” in American Buildings and Their Architects, Volume 5: The Impact of European Modernism in the Mid-Twentieth Century, the author devotes less than ten pages to the functional aspects of the iconic laboratory building completed in 1961. Most of the essay’s pages are devoted to the building’s form and structure, how it fits into its context, how Kahn’s work relates to other modern masters, how it reflects Kahn’s “wants to be” philosophy, and how it embodies his idea of “served” and “servant” spaces. When I learned about the building in the early 1990s, in an “Environment and Behavior” architecture class, it was the inverse: we spent more time focused on the function of the building, as determined by its users, than the form of the building, as determined by Kahn. Which is to say, we learned about the building’s many problems, all of them appearing to arise from a disconnect between the architect and the end user, one that gave the scientists studios that were too small and inflexible for laboratory purposes.
A half century later, Kahn’s Richards Medical Building got a chance to remedy some of those defects, through a renovation by EYP Architecture and Engineering that would shift its use from a “wet-bench” biomedical research laboratory to a “dry-lab” center for cognitive neuroscience. The peeling away of layers of surfaces and furnishings that were added over the decades to make the building more functional for its occupants would also enable EYP to return the interior to a state in line with its intentions and befitting its iconic status. Furthermore, the timing of the modernization meant it would follow the university’s sustainability standards, which in turn would make the building considerably more energy efficient. Inga Saffron’s 2016 review, coming after the completion of the renovation’s first phase, was titled “Turning Richards Labs into the Building Louis Kahn Wanted It to Be,” indicating that the project was a success.
EYP’s renovation of Richards is one of ten case studies in Managing Energy Use in Modern Buildings, the second book in the Getty’s “Case Studies in Conservation Practice” series; it follows Concrete, edited by Catherine Croft and Susan Macdonald. Architects Matthew S. Chalifoux and David N. Fixler, principal and former architect at EYP, contribute the case study, which gives a brief overview of the historic building and its renovation before going into detail on the numerous challenges encountered on the project. Certainly the shift from “wet” to “dry” laboratories aided them the greatest, since it meant the HVAC system would not need to work as hard to exhaust any hazardous fumes. But most illuminating is how the architects had to balance various functional concerns with the conservation of a notable work of architecture, one that couldn’t dramatically affect its exterior. So in the end EYP eschewed the most obvious means of increasing energy efficiency in buildings with lots of glass — replacing single-pane glass with IGUs — in favor of new laminated glazing that would maintain the steel framing and therefore retain the appearance of the windows; any diminished energy savings would be offset by the more energy-efficient HVAC system put in place.
The case study on Richards in Managing Energy Use in Modern Buildings points to the fact that the conservation of notable modern buildings makes improvements in other areas (function, sustainability, etc.) more difficult than would be the case with modern buildings not considered landmarks. It also points to the fact that there is no single solution when it comes to renovating modern buildings; single-pane glazing cannot be simply swapped for insulated glazing in all mid-century buildings, even though it would save a lot of energy by dramatically reducing the transfer of cold and heat from outside to inside buildings, and vice versa. In the case of Richards, such a change would have required completely new frames, which would have changed the appearance of the building on the exterior but also pushed the renovation project over budget. A compromise was met that “suggests a reduction in energy use of approximately 71%,” per the case study — a successful project, indeed.
SPREADS: 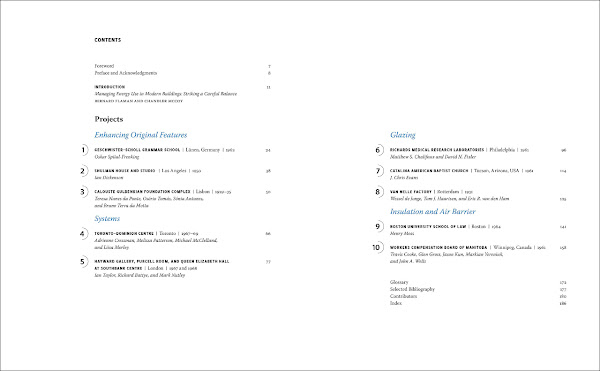 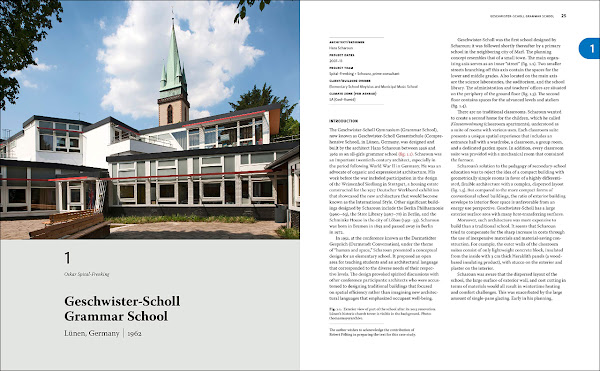 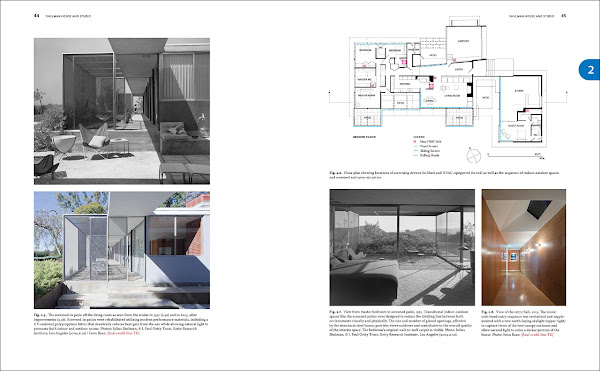 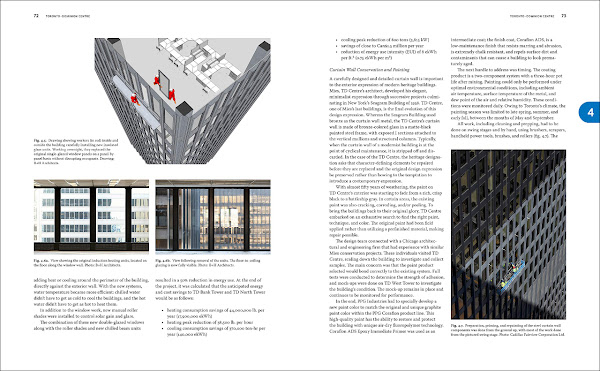