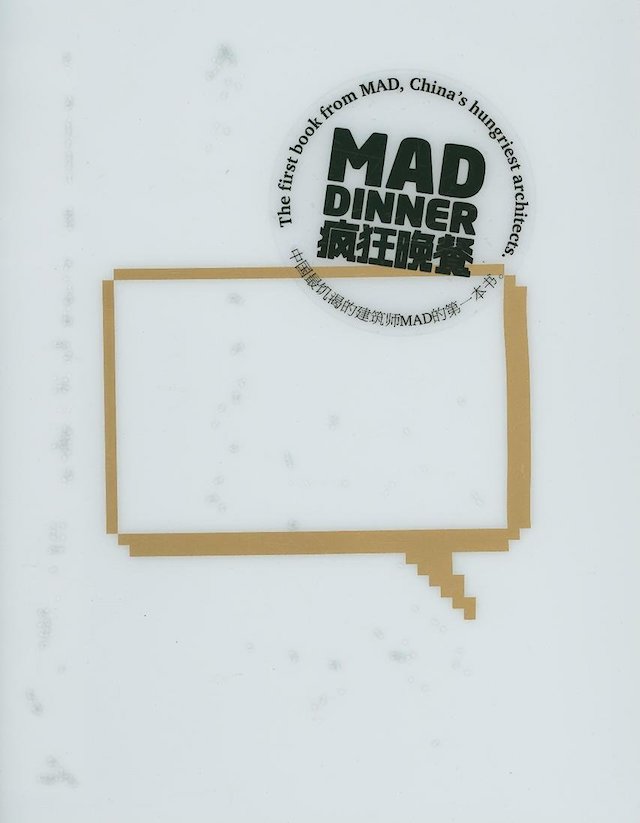 MAD DINNER is the first book by MAD office, Beijing-based architectural office. Organized around the metaphor of dinner table conversation, the book is a collection of ideas and opinions about topics ranging from politics to ecology to fame to the future. The dinner’s “guests” include people from all levels of Chinese society: a government official, hairdresser, migrant laborers, a doctor, a taxi driver, and a developer are all brought together to offer their views in an atmosphere of openness and exchange. MAD’s work is embedded in a series of extended conversations with international advisors, including the Swiss curator Hans Ulrich Obrist, British writer Ian Buruma, filmmakers Zhang Yimou and Jia Zhangke, and the artist Ai Weiwei. The conversations work in tandem with MAD’s proposals to reveal their essential account of the architect’s practice and experience inside of China, the fastest urbanization in world history.
REFERRAL LINKS:

On Tuesday, November 30, Beijing’s MAD Architects released its latest monograph. Titled MAD Rhapsody, the coffee table book presents nearly two-dozen completed and in-progress projects, starting with Absolute Towers, the curvaceous, nearly twin towers built in suburban Toronto in 2012. That project, which MAD won the competition for in 2006, is how many people came to know the firm of Ma Yansong, myself included. More than that, the project brought instant fame to the Chinese architect and his simply yet provocatively named firm, and it most likely led to their first monograph, MAD Dinner, published in 2008. Absolute Towers sits in the middle of the book, presented in a few renderings but also parodied in a section titled “The Five Stages of Fame” (last spread, below). The stages, each accompanied by emoji-like faces, are Interest, Praise, Hysteria, Skepticism, and Scorn. But considering that the project would take another four years to complete, eventually looking much like the early renderings, that scorn finally gave way to praise and other positive attitudes.
“The Five Stages of Fame” is just one indication that MAD Dinner was designed to be an atypical monograph, not surprising for a young firm that most likely wanted to introduce itself to the world through a singular and perhaps unforgettable statement in print. It’s also not surprising that their latest monograph is more conventional, with glossy images, straightforward project presentations, and even a foreword by critic Paul Goldberger, whose has written introductory notes only second to Kenneth Frampton. Unlike the new one, most of the pages in MAD Dinner are given over, not to project presentations, but to conversations with twenty men, three women, and one dead guy; the personalities range from a taxi driver and doctor to famous curators and architects, and even Ludwig Mies van der Rohe (he doesn’t provide answers to Ma’s questions, go figure). This hypothetical dinner, drawn in the first spread, is structured into five conversations that examine such subjects as foreign architects building in China, the creation of landmark buildings in cities, and the impact of development on the environment. The questions are very much of their time, though they are still being dealt with today.
The conversations provide short responses by the doctor, taxi driver, and others non-architects, but Hans Ulrich Obrist, Ai Weiwei, Patrik Schumacher, and other VIPs were interviewed one-on-one and are therefore presented at some length. With the book alternating between the conversations/interviews and the projects, Ma Yansong and the book’s editors must have been trying to literally insert the work of MAD into the important issues of the day. The book’s presentation further gives the book an aughts feel, as it has the almost rubbery flexicover that Actar wrapped many books in put out around that time, such as the Verb “boogazines” and the great series of case studies that included Toyo Ito’s Sendai Mediatheque, OMA’s Seattle Public Library, and FOA’s Yokohama Project. Considerably thicker than them, MAD Dinner served to situate Ma Yansong and his Beijing office alongside those big names, foreshadowing the success that would come with the completion of Absolute Towers and the numerous high-profile projects that have followed since.
SPREADS (via MAD Architects): 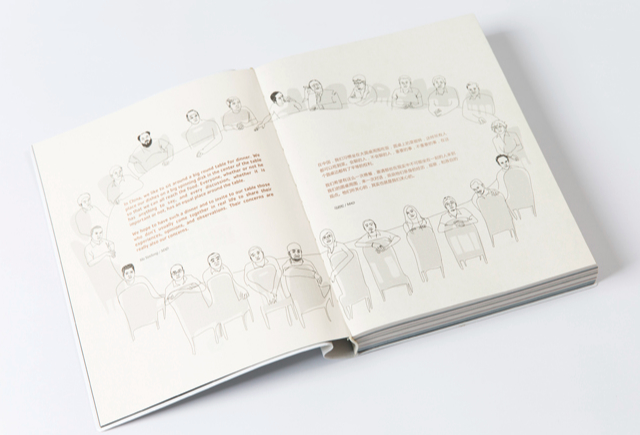 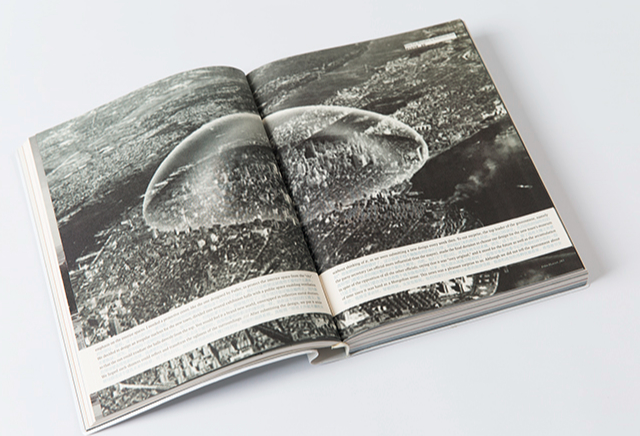 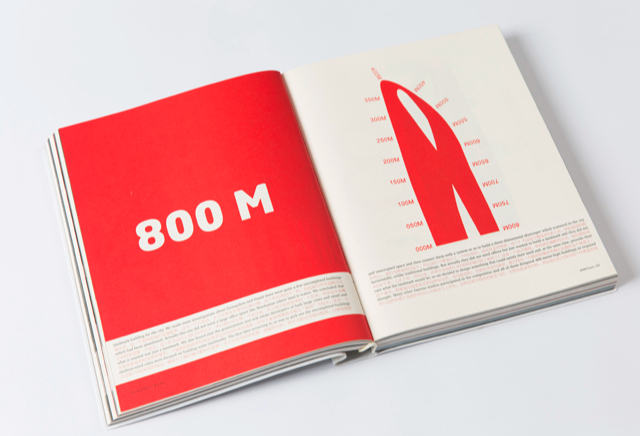 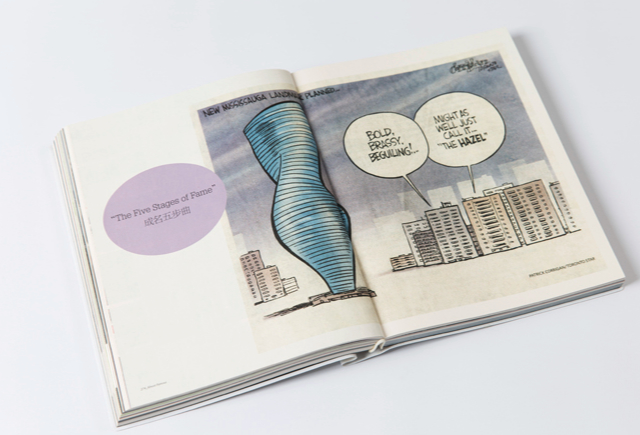