A colourful, maximalist interior awaits in this 16th-century Scottish castle, which has a famous Victorian walled garden and many historic features.

Earlshall Castle was renovated in the 1890s by architect Robert Lorimer and has panelled walls packed with artefacts, paintings and books. Its impressive 50-ft-long gallery has a 19th-century painted ceiling in grey and black tempera depicting the coats of arms of real and imaginary noble families. There is also a carved granite mantelpiece in the great hall and a ‘Dummy Daws’ outbuilding, which houses a billiards room. 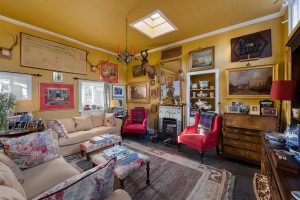 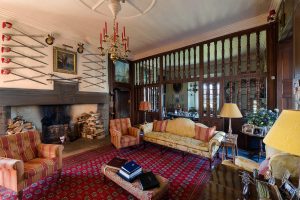 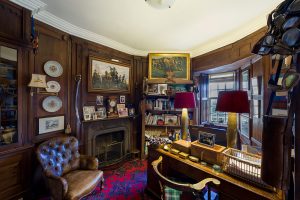 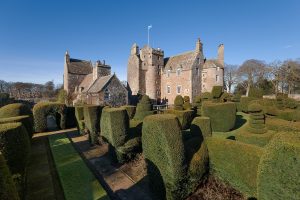 The 53-acre Fife property, in the vicinity of Leuchars, is in good condition thanks in part to former owner Robert Mackenzie who hired newly qualified Lorimer to carry out its renovation, after years of neglect.

Lorimer created its listed walled gardens, which include its 125-year-old topiary lawn, rose terrace and secret garden. Earlshall is considered one of Lorimer’s greatest works, who became renowned for his country house designs.

The 10-bedroom Scottish manse was originally built in the 1540s by Sir William Bruce (a descendant of Robert The Bruce), in stone, with a crenellated tower and curved walls. It hosted Mary Queen of Scots in 1561 and later James VI of Scotland (later James I of England), who both hunted in its grounds.

Earlshall Castle is now on sale with Savills with price on application.

The post Live like a laird at this maximalist baronial castle in Fife appeared first on The Spaces.