The Unité d’Habitation apartment complex – a Brutalist treasure in suburban Marseille – is as beloved today by architecture buffs as Le Corbusier intended when he designed it in the 1950s. As such, its landmark 70th birthday has not gone unnoticed.

In one of the bay-window apartments at the so-called Cité Radieuse, Ygaël Attali, co-founder of Geneva-based Galerie Philia, has orchestrated a tribute to the man she calls ‘one of the most influential historical figures in contemporary design’.

The two-month exhibition celebrates not only the Unesco-listed space girdled in concrete, teak and primary colour but the modernist theories of the Swiss master born Charles-Édouard Jeanneret. Called Héritages, the exhibition is free to enter for visitors to the building. 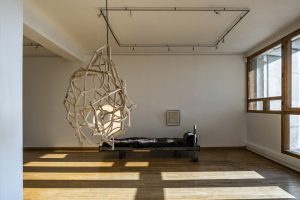 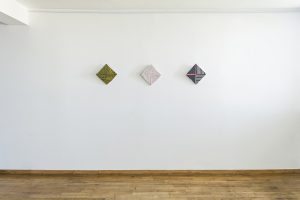 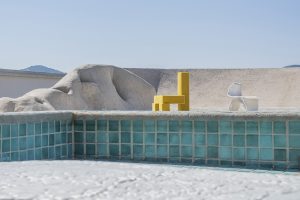 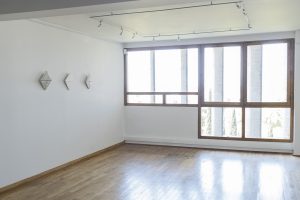 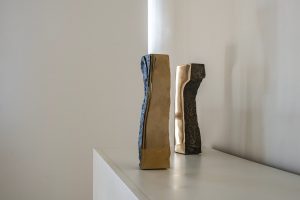 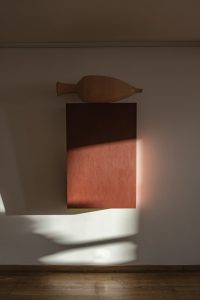 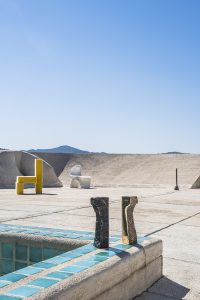 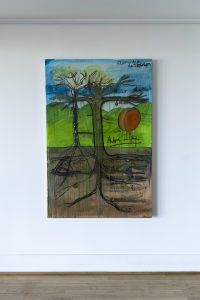 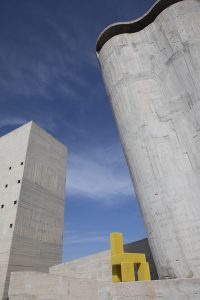 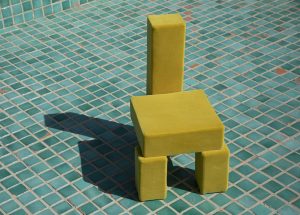 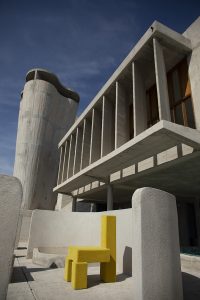 Attali has commissioned eight international designers to create works for two adjacent rooms in the complex and more for the rooftop terrace and outdoor pool. They aim to explore and reimagine Le Corbusier’s concepts of ‘resonances’ and ‘dissonances’: classical yet radical, heroic yet simple, beautiful yet brutal. Seen as a whole, the showcase parses, distills and illustrates the designer’s Modulor theory of proportion and the decades of criticism – both good and bad – that dogged him throughout his career.

‘Either by affiliation or disaffiliation,’ she says, ‘the ensemble in this exhibition questions his work and his legacy, and intends to respond to his theoretical but also polemical genius.’

In the apartment’s first room, designers including Rick Owens, Pietro Franceschini and Arno Declercq display new and timeless furnishings and homewares designed according to the principle of ‘resonance’: clean-lined, mathematical, functional and raw. In the second, relatively ‘dissonant’ works by Roxane Lahidji, Jojo Corväiá, Niclas Wolf and others appear to evade symmetry and easy replication, questioning the ideals of standardisation and regularity. All the designs, though unquestionably ‘modern’ seem to defy a specific era.

To decorate the rooms, editors from the radical Parisian art magazine Eclipse have chosen contemporary artworks with a modernist ethos by Edgar Sarin, Mateo Revillo, Sam Szafran, Fabrice Hyber and Flora Temnouche. The pieces act ‘both as a tribute to and a critical reflection on [Le Corbusier’s] theoretical and artistic ideology,’ according to the editors, who are mostly artists themselves.

His dark materials: Iceland presents dreamscape of magnets and metals

The post Le Corbusier’s Marseille masterpiece turns 70 with an exhibition of reverent design appeared first on The Spaces.