Lensing topics of femininity, largeness, roundness and nakedness, the Brooklyn-based artist raises a few necessary questions about the notion of the body – that of which is transformed into neon hues and buoyant postures from her painterly subjects.

Looking at Elena Redmond ‘s characters, you’d be unsurprised to hear that she’s inspired by pop culture and the “distasteful drama of celebrities.” In some of her imagery, you’ll see neon-tinted girls lighting up a cigarette in front of a purple sky, a character pinching her bum in a mirror, and someone waving segments of watermelon up in the air. Each image is vibrant and eye-catching, bellowing with criticism about the notion of femininity and the body.

Growing up in Pittsburgh, Pennsylvania, Elena “lived all over that area” and found herself fortunate to have enrolled in some of her school’s great art programmes, which encouraged her to pursue the arts further down the line. In 2017, she moved to Providence to attend RISD for her BFA, majoring in printmaking with a focus on drawing. She graduated in June this year and “basically ran” to Brooklyn afterwards, where she currently resides and works with female-founded Tchotchke Gallery, which represents her as an artist. It was during her time in university that she realised her love of popular culture. “My thesis at school revolved around Lisa Simpson and symbols of a similar orbit,” she recalls. “I often turn to comedy and enjoy learning about how comics write because the way they structure a narrative through a joke aligns with how I try to structure the story of a painting. And I like jokes!” 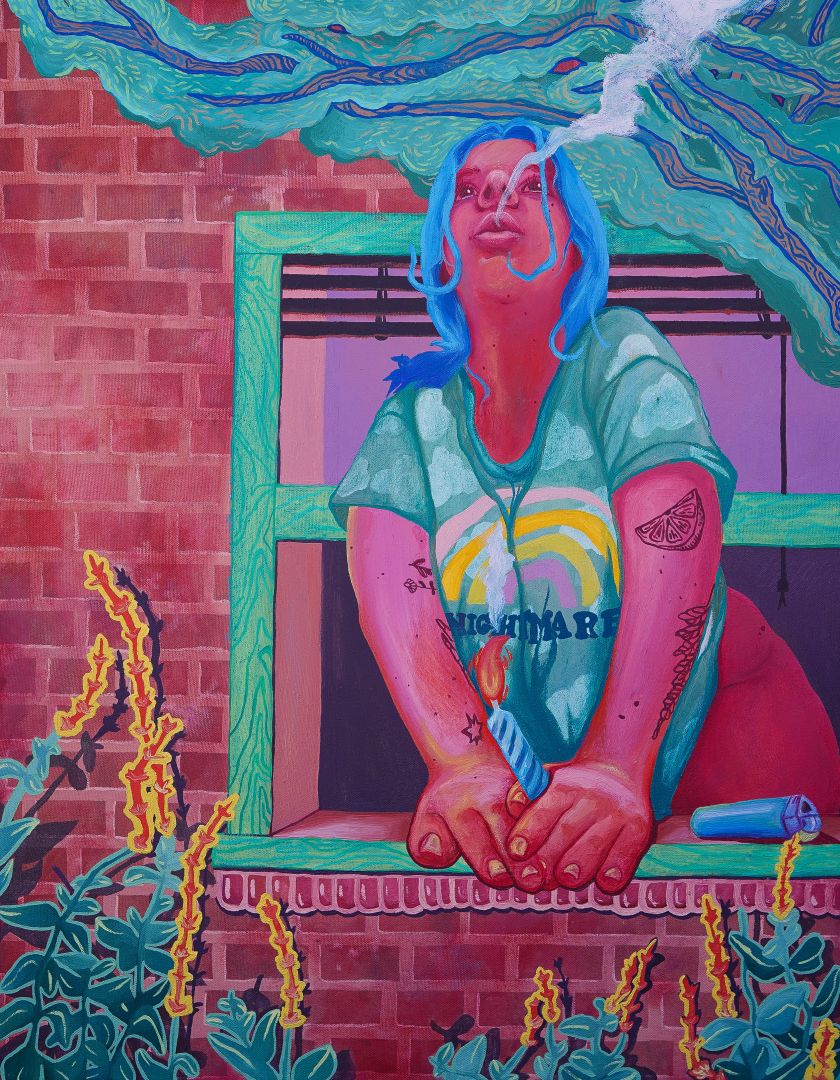 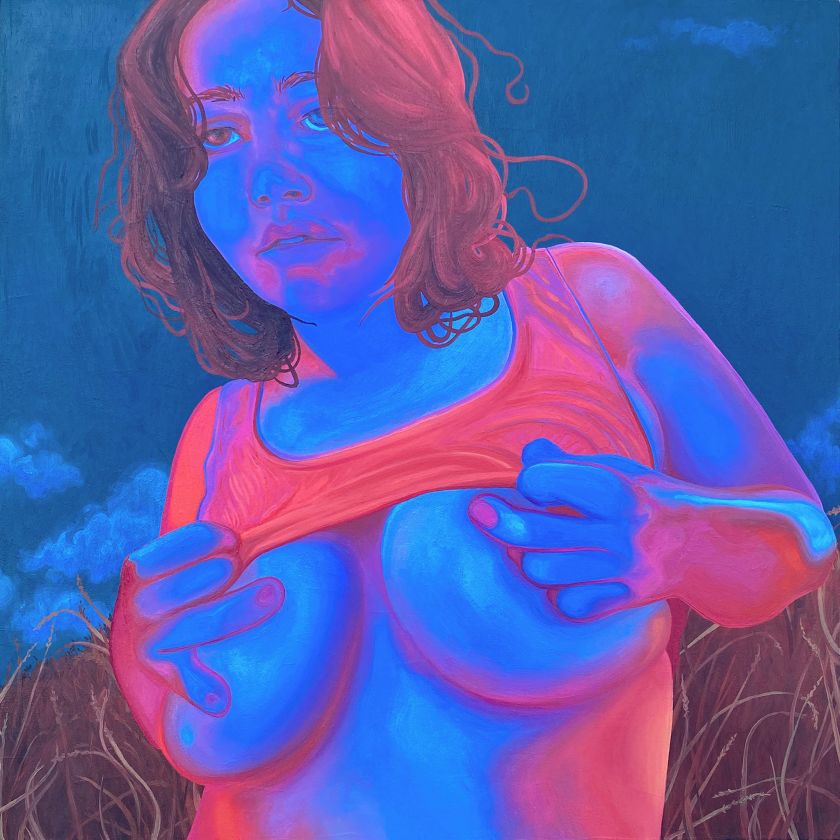 With this in mind, Elena paints saucy and confident scenes of her characters – oftentimes, these pictures will be a self-portrait. This is where her interests lay, and she’s most inspired by the idea of thrashing up the stereotypes of the figurative painting genre. “I am exploring measurements, sizing and expectation, in relation to bodies and nakedness,” she adds. “The paintings act as extensions of myself in most ways, posing in place of my anxieties, jokes, anger and the physical body.” As such, femininity, “largeness”, roundness and nakedness all serve as the undercurrent to her work, in what Elena describes as her characters’ “most crucial power, invading the associations surrounding them.”

Talking us through her favourite paintings, Elena cites Big Fish as one that blossomed from an “absolute lack of desire to go skinny dipping”. A rebellious antic that most will likely try in a lifetime, Elena decided it wasn’t for her and thus created a girl “with a kind of aggressive, questioning glare and stare,” she says. “I wanted her to glow like you couldn’t miss her.” The picture itself depicts the character covering her chest, while the psychedelic palette of pink and blue makes it hard to decipher the finer details of the work. “I like to go for the colours that do not allow for the girl to hide,” she explains. “There’s often this element of me looking questioningly back at myself while I paint, which I think is really prominent in this one.” 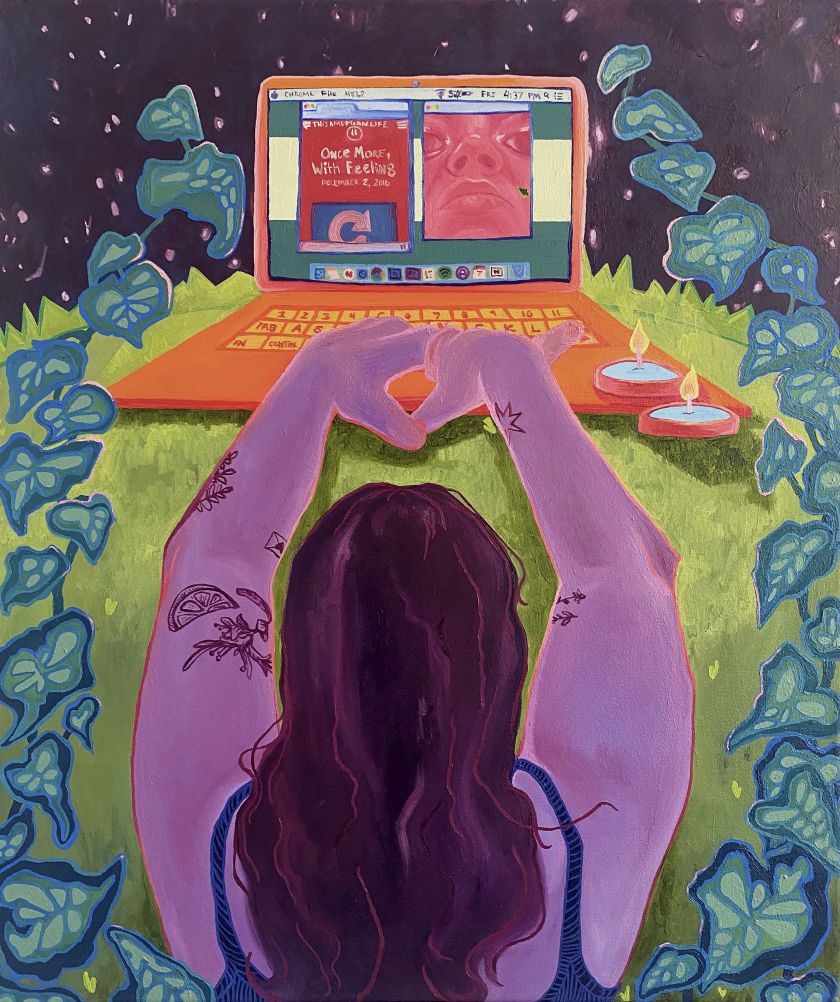 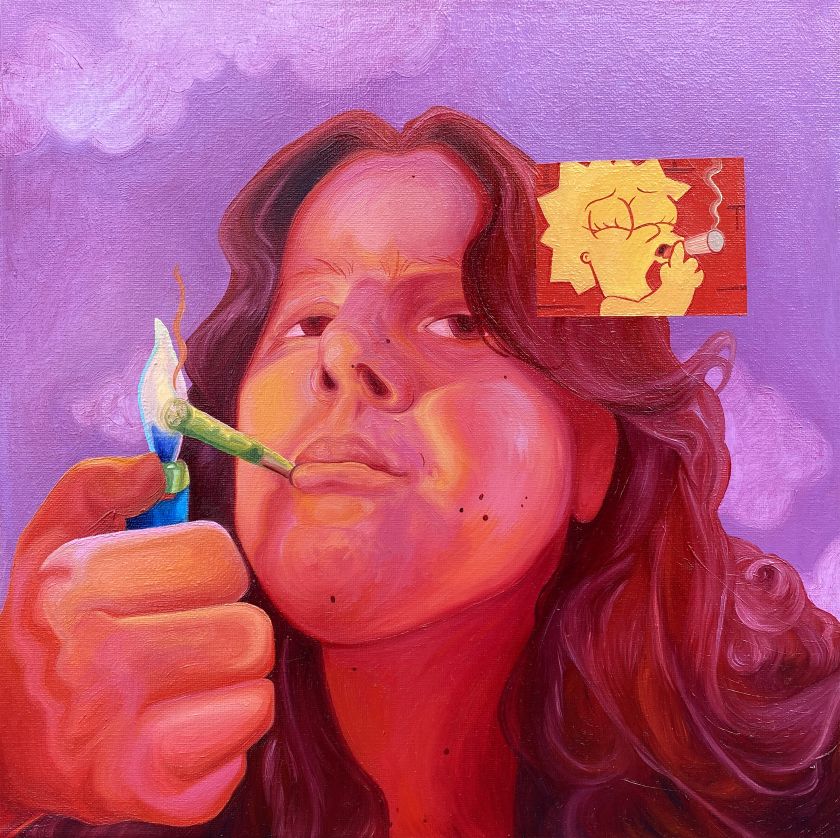 In another piece entitled Blushing because you see both of me, Elena explains how she developed the work from the title – which is perhaps an unusual way of working. “I wanted two of me, one looking at the viewer and one looking at herself. I was thinking about double chins, the phrase ‘two faced’, and that strange feeling of catching a glimpse of yourself in the mirror unexpectedly. A kind of ‘Which side of you am I getting right now?’ type of feeling.”

There are plenty of personal anecdotes and emotions to be uncovered throughout Elena’s paintings, and that’s exactly what we like about them; they’re raw, honest, telling, and expressive. “Each painting certainly has many layers to the little story structure I build for it,” she concludes. “But I’m not attached to others’ getting it’. It’s rewarding to me when a viewer can catch on, although I like hearing other interpretations. I like to catch the viewer in an uncomfortable staring game with the girl in the painting, ‘Who’s going to look away first?'” 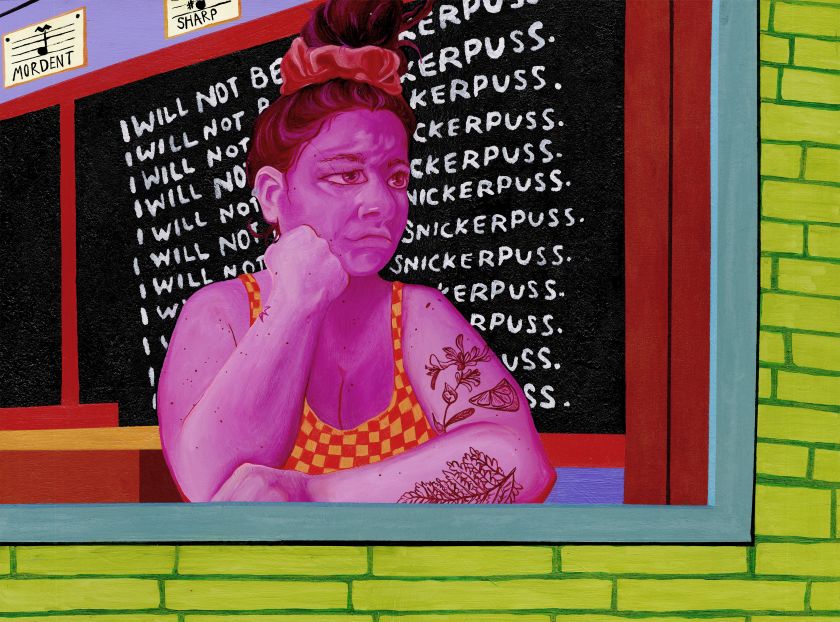 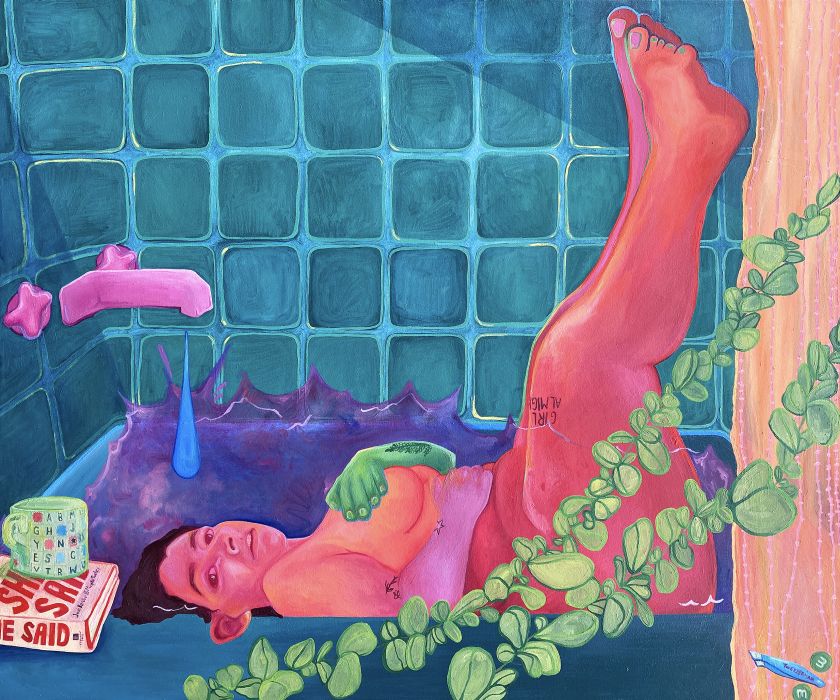 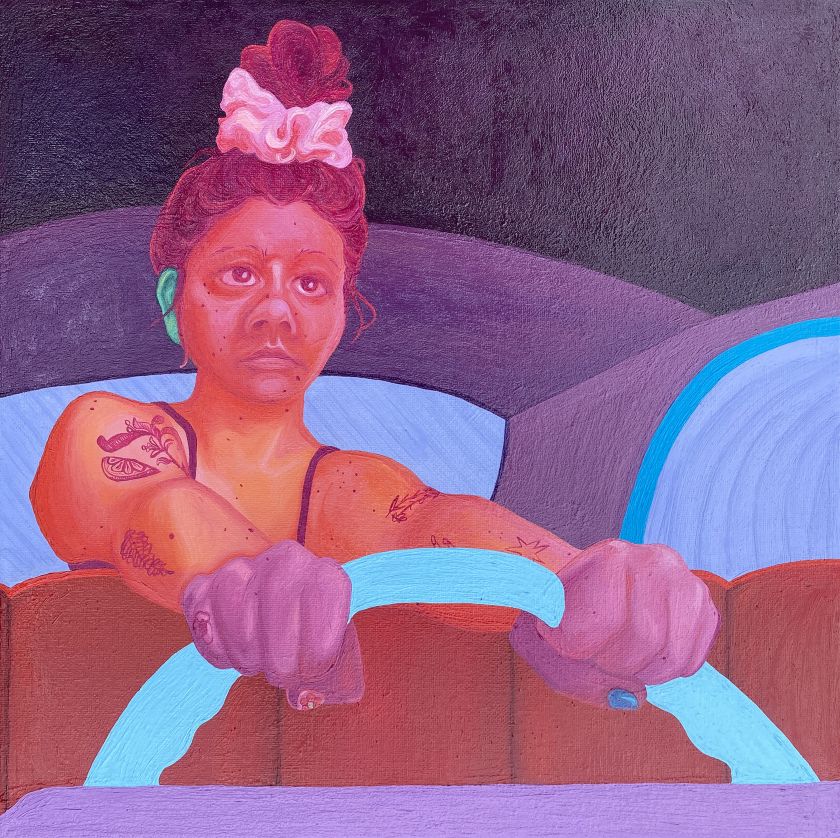