The portfolio of Olson Kundig is vast, varied and captivating. Their completed works read as a long list of distinctive projects that span more than fifteen countries across five continents. Founded by Jim Olson in 1966, the studio has spent over half a century developing and demonstrating its unquestionable talents on the global stage. Today the Seattle-based company has established an outstanding reputation from producing exceptional buildings that house exquisite spaces time and time again.

The firm began its life exploring the relationship between dwelling and landscape — a provenance that remains at the heart of the company’s ethos. Olson started the firm based on the essential idea that buildings can serve as a bridge between nature, culture, histories, and people and that inspiring surroundings positively affect people’s lives.

Initially centered on residential design, this early philosophy gave rise to three decades of remarkable dwellings under Olson and a further three of creative expansion and exploration with the appointment of Tom Kundig as his co-owner in 1996. This tenacity for growth has continued unwaveringly as the collective evolved to include Kirsten Ring Murray, Alan Maskin, Kevin M. Kudo-King and Hemanshu Parwani. Each owner brings their individual expertise to foster a practice that thrives on collaboration and connectivity.

At Architizer, we have admired and celebrated the work of Olson Kundig for many years, honoring them with their first A+Award for Shinsegae International — a dynamic office building complete with a kinetic façade — in 2016. As we approach the Main Entry Deadline for the 10th Annual A+Awards, we spoke with Tom Kundig on the development of Olson Kundig over the years, discussing how their inclusion and subsequent wins at the A+Award have impacted the direction of the practice, and what he believes the future holds for Olson Kundig. Speaking on their initial win at the A+Awards, Tom said, “Since Jim Olson founded the firm in the 1960s, Olson Kundig has been widely acclaimed for our residential work. These award wins helped to spotlight the non-residential side of our practice and perhaps allowed us to shake up preconceived ideas about our work.”

Tom noted that one thing people may not know about the project is that “the façade is intended to move like fabric does – changing positions and proportions, which is especially important at the city level of visual engagement with the building. The client understood that the base of the building had to be interesting not only to people passing in their cars or on the street, but also to the people inside.”

If we put innovation and remarkable design aside — not for long, mind you — we can see the core philosophy of Olson Kundig at the forefront of this winning project. The ambition to connect a building to its surroundings, to bring context to its existence and its purpose, whether in a rural landscape or an urban metropolis, is paramount to the narrative of the building’s Olson Kundig design. The impeccable attention to detail that was initially honed through decades of residential design translates to commercial design in a way rarely seen in such large-scale projects.

The completion of Shinsegae International marked a distinct shift in the development of the practice: “At that time, the firm was starting to get some attention for our work as thought leaders and non-residential designers,” Tom reflects. “We wanted to continue telling those stories and bring some attention to our commercial and workplace portfolio, as well as our international presence, and the A+Awards seemed like a great platform for that.” Despite their huge success on the global and commercial platform, the studio continued and still continues to design some of the world’s finest private homes and residential properties. The practice advocates for the careful consideration of the environment — attuning to local materials with a deep respect for culture. These principles continue to apply to each new undertaking while their synergy with craftspeople, artists, and other outside experts emboldens their creative force.

“At the same time, residential design principles remain at the heart of my work. Everything I do is a shelter – whether it’s a winery, an office building, an apartment building or a single-family home. The residential arena helps you understand what “shelter” really means at its root: making a place for human beings to be human.”

Demonstrating their design versatility, the firm’s two other A+Awards were both awarded for wineries. The Charles Smith Wines Jet City (also in 2016) and the Martin’s Lane Winery in 2018. Each project captures its function exceptionally well, reflecting the refined industrial aesthetic that is woven throughout the practice’s portfolio while flawlessly expressing its practicality as production space.

As is the norm for Olson Kundig, each is uniquely tailored to its location and the heritage of the land it sits upon. Charles Smith includes a subtle nod within its interior styling to the aviation fields that surround it, while Martin’s Lane is designed with the delicate Pinot Noir Grape and the sloping gradient of the landscape as its fundamental rationale. 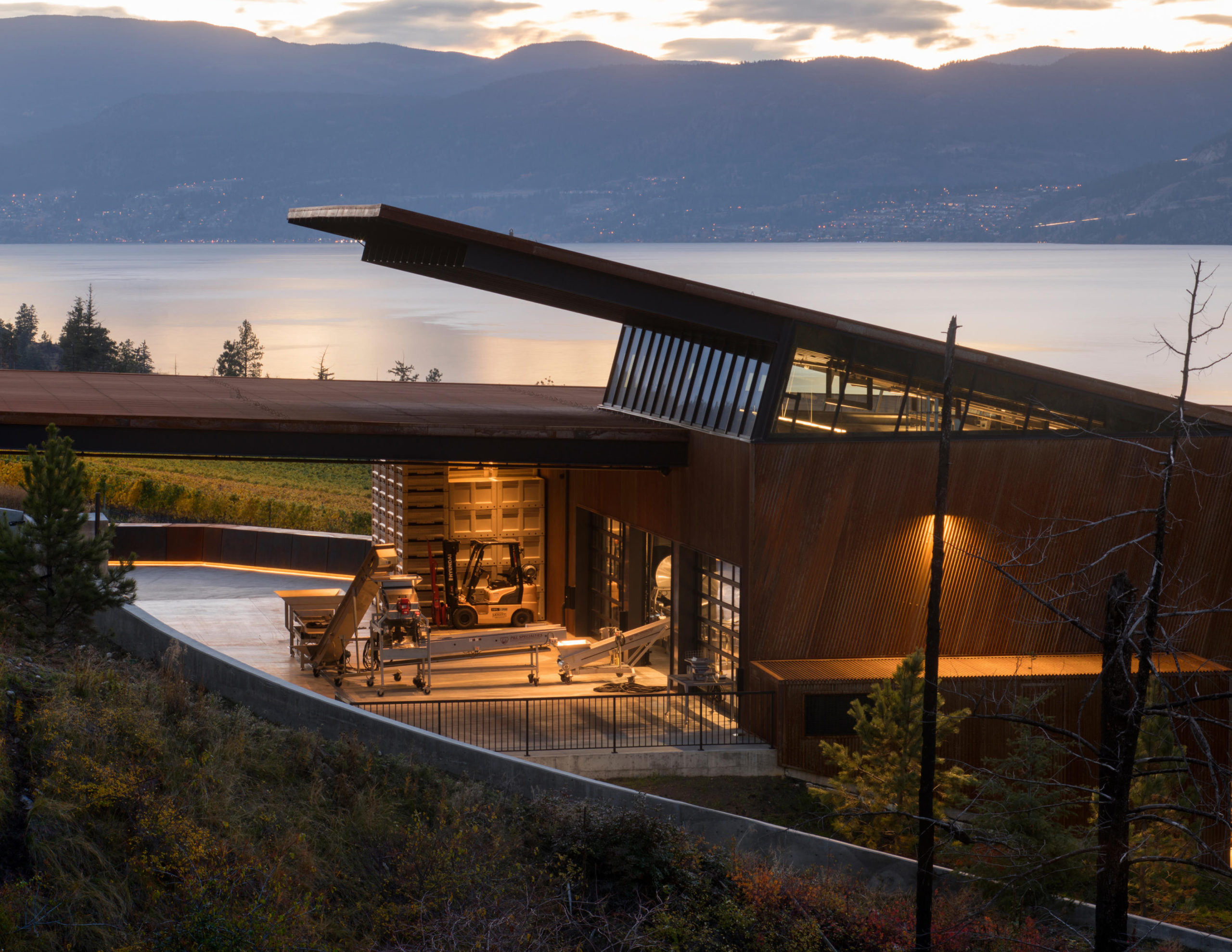 As Olson Kundig continues to thrive and grow, it is encouraging to see a business whose grounding remains stable, humble and deservedly admired. Speaking on the future of the practice, Tom said, “As a collective firm, Olson Kundig is incredibly lucky to work with interesting, creative clients on amazing projects all around the world. I hope we continue being challenged with new opportunities to push ourselves to the next level.”

With a strong focus on community outreach, creative exchange, building performance and sustainability and collaborative development, the future of Olson Kundig looks to be fascinating, inspiring and groundbreaking.

The post How Olson Kundig Challenges Preconceived Notions of Their Architectural Practice appeared first on Journal.