As an artist, filmmaker, and co-founder of the legendary Studio Ghibli, Hayao Miyazaki has been enthralling audiences for decades with his compelling creative vision. Now his work takes centre stage at the Academy Museum with a comprehensive retrospective that features original storyboards, character designs and animation cels by the man himself.

Named Hayao Miyazaki, the exhibition is the first time a North American museum has paid tribute to his work. Curated by the museum’s Exhibitions Curator Jessica Niebel and Assistant Curator Curator J. Raúl Guzmán, the retrospective runs until 5 June 2022 and boasts over 400 items, including many images that have not been on display before.

Launched to mark the grand opening of the Academy Museum itself earlier this year, the Hayao Miyazaki retrospective is an immersive experience that will delight fans of his films. Welcoming visitors in via the magical tree tunnel that featured in My Neighbour Totoro, the exhibition thematically guides you through the 11 movies he created with Studio Ghibli, including Princess Mononoke, Spirited Away and Nausicaä of the Valley of the Wind. 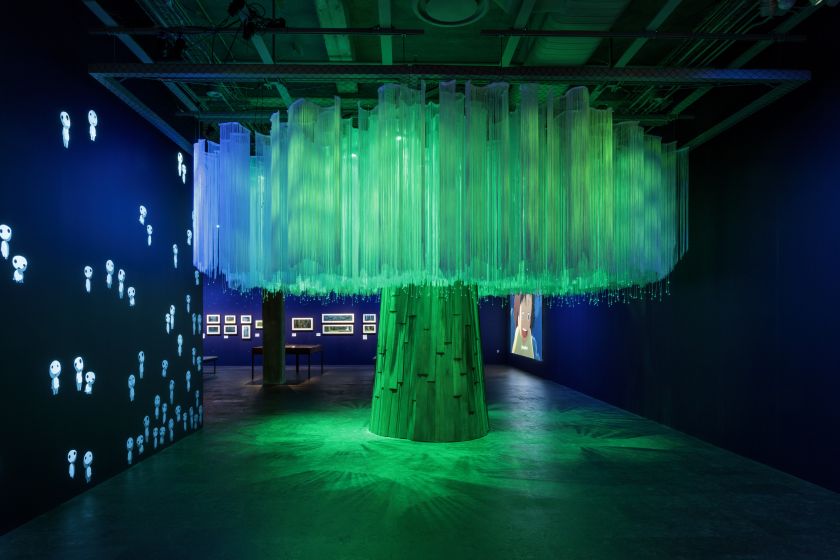 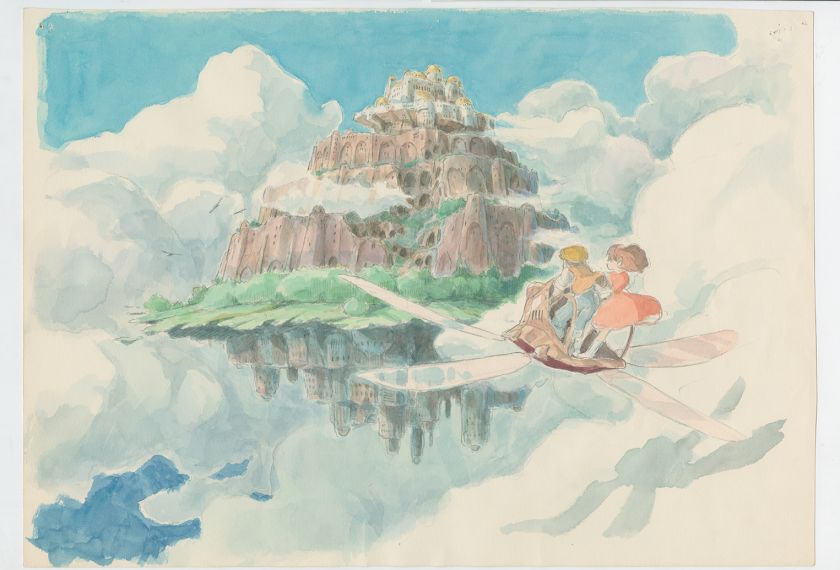 With so much of the art on display making its first appearance outside of Japan, it’s unsurprising to learn that the exhibition took years of planning and cooperation between the Academy Museum and Studio Ghibli. “When we first approached Studio Ghibli, it was not clear whether or not they would be willing to collaborate with us,” Jessica tells Creative Boom. “This is perfectly understandable when you think about it. They didn’t know us, our museum didn’t exist yet, and they are very protective of Miyazaki-san’s work – rightfully so.”

This makes even more sense when you consider that Studio Ghibli has never let another institution curate an exhibition about their work, let alone Hayao Miyazaki’s. And considering how precious his drawings are, asking to take so many of them outside of Japan for such a long time was a big ask. “It took some trust-building and a leap of faith on both sides, but once they had made their minds up, our partners at Studio Ghibli became invaluable supporters,” explains Jessica.

“It has been incredibly rewarding to work with them over the years, we have learned so much from them, and they have informed our thinking in so many ways. We were able to visit Studio Ghibli and the Ghibli Museum, Mitaka, on several occasions, interview some of Miyazaki-san’s key staff and speak to the master himself. We are deeply grateful for this collaboration and the friendship we have formed and are very proud of the exhibition, catalogue, and film screenings that can now be enjoyed by the public.” 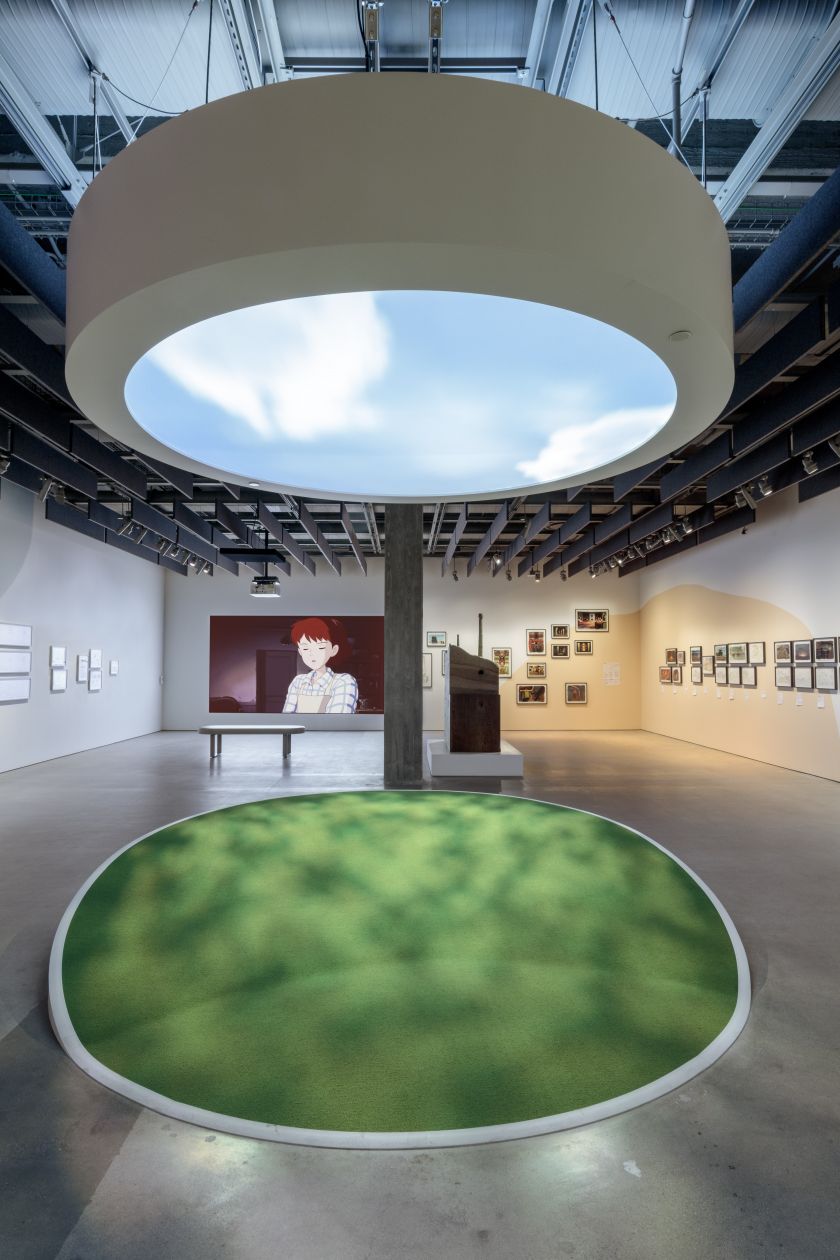 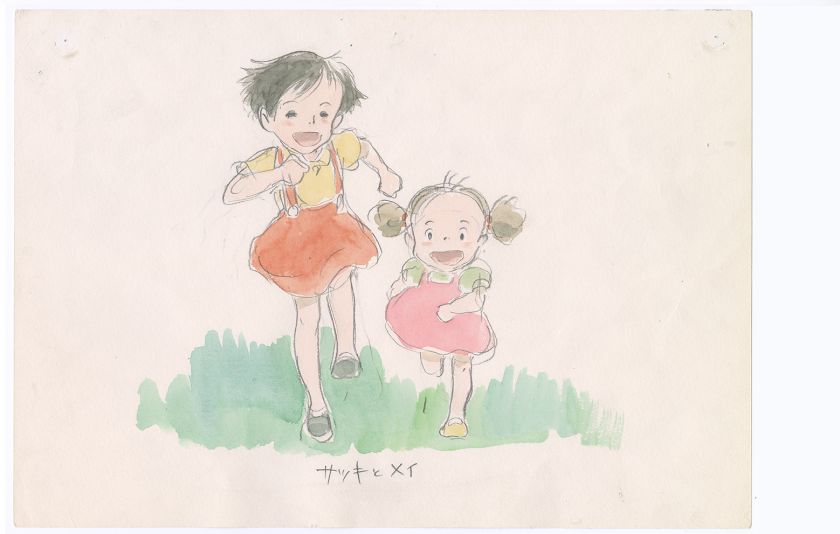 Collaborating with the Academy Museum’s production, media and graphics teams, Raúl adds that everyone worked in synch to execute the vision of an “experiential exhibition journey.” This includes a recreation of the red tunnel seen in Spirited Away and a hypnotic fibre-optic installation of the camphor tree from My Neighbour Totoro. “We worked closely with Studio Ghibli during our research trips as we decided on the works to include in the exhibition, and we learned about how their films were made,” he reveals. “And our collections, registration, conservation, and prep teams ensured that the objects to be displayed arrived and were installed safely. It has taken many people to help create the exhibition from that concept we created years ago, and it is so rewarding to finally see visitors experience the exhibition.”

Speaking of this collaborative vision, Jessica is keen to highlight that Studio Ghibli made an effort to understand the Academy Museum’s intent and vision on a very deep level by selecting the best materials for each section of the retrospective. “When we first saw the original drawings and paintings at their archive, we were blown away,” she exclaims. “The craftsmanship, details, and colours are truly exceptional!

“Over 400 works can be admired in the exhibition today, some of which have never been on display before. Having said that, none of these works has been shown in the Americas before, and I hope that visitors to the exhibition will have the same experience we had when we first saw them.” 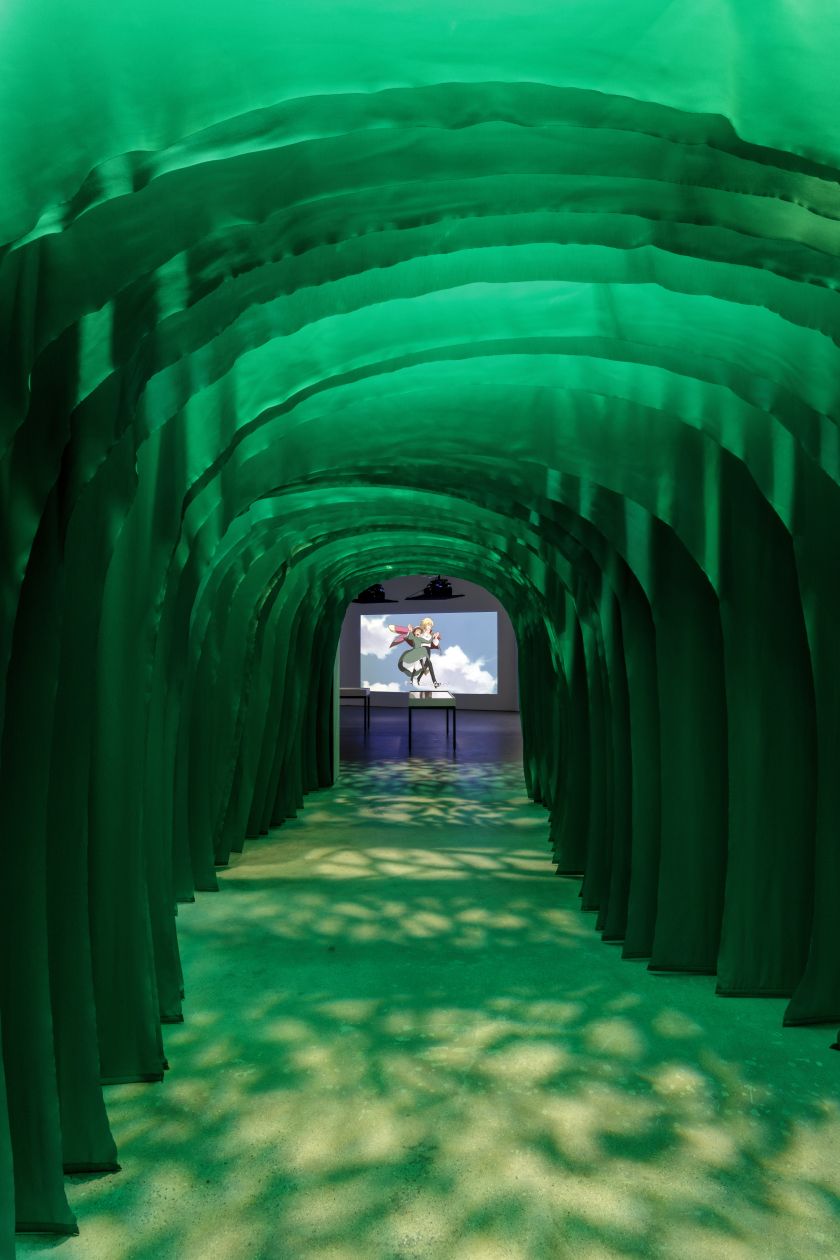 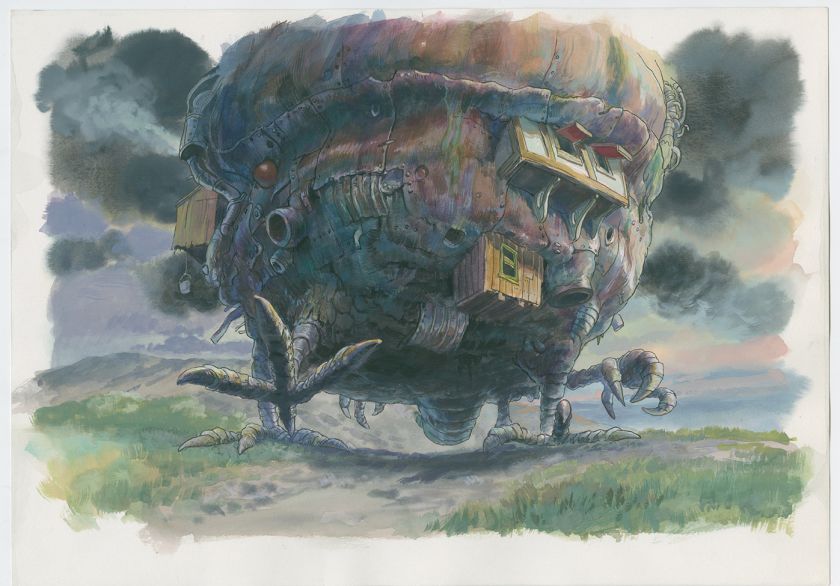 Picking highlights from this treasure trove of artwork is difficult, but Raúl singles out the Creating Worlds gallery as one of his favourite sections of the exhibition. In it, we see production stills rendered in pastel, chalk, pencil and crayon from the underwater worlds of Ponyo, the film which is Miyazaki’s take on the story of the Little Mermaid. “The section distils the film’s impeccable colour design in setting the film’s tone.”

Also of note is the second section in the exhibition which focuses on the vermilion Bath House, where 10-year-old Chihiro enters the magical world of Spirited Away. As well as the labyrinthian bathhouse she must find her way through for the Spirits, we also see “backgrounds that depict the boiler room where Chihiro first meets the 6-armed Kamaji, and the atrium, hallways, and the quarters of the sorceress Yubaba.”

Fans of Hayao Miyazaki will know that he has a fiercely strong work ethic for creating what he calls “the ultimate entertaining picture”. And to live up to his creative vision, Jessica underlines that the first and most important inspiration for the exhibition was his movies. “We watched them, soaked them up, and then worked on a first conceptional walkthrough. We wanted to create an exhibition that is experiential, that is both entertaining and meaningful, and that visitors can relate to. 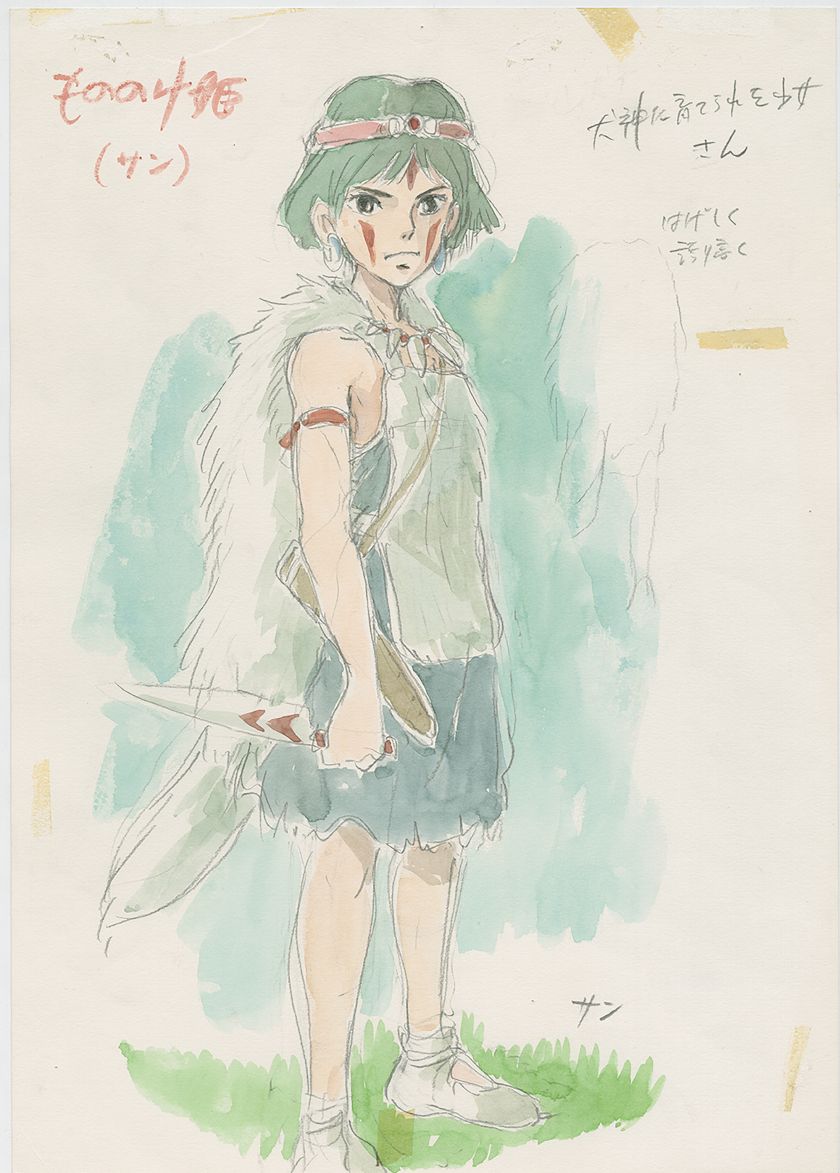 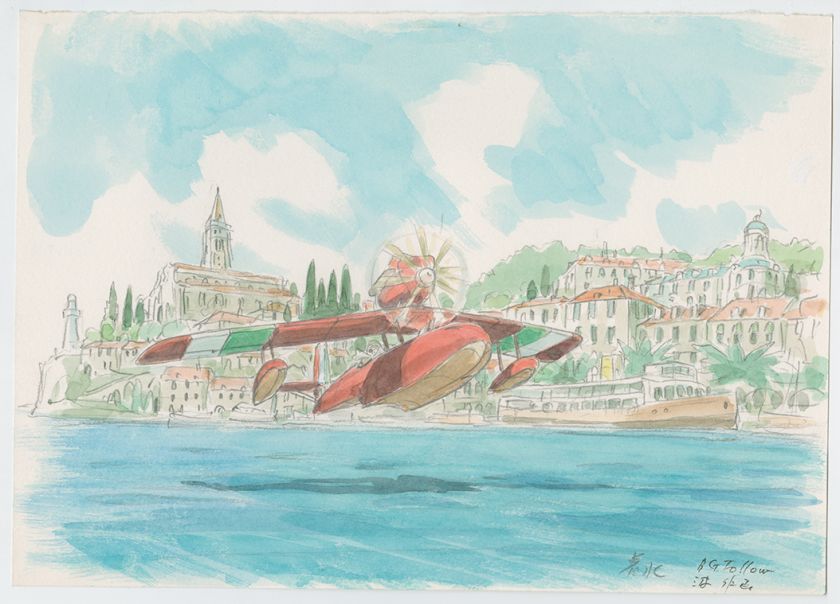 “Some areas like Mei’s Tree Tunnel or Chihiro’s Portal were inspired by specific sequences from his films (in this case My Neighbor Totoro and Spirited Away), other galleries were influenced by settings such as the Magical Forest (inspired by Princess Mononoke), or recurring themes in his films such as the Nature & Nostalgia and Industry & Technology sections with its focus on Aviation.

“Visitors can also take a break in Sky View where they can lay down and look up to see the clouds passing by or admire our Mother Tree that sits so prominently at the entrance of the Magical Forest. They can meet Miyazaki’s protagonists and explore themes such as war and pollution through large-scale projections of film clips throughout the exhibition. I hope we have included something appealing for everyone.”

Talking to the Studio Ghibli staff added another layer to the exhibition as the retrospective could also act as a way to introduce Hayao Miyazaki as a thinker and filmmaker. “We added quotes and described his process more while keeping the original concept intact,” adds Jessica. 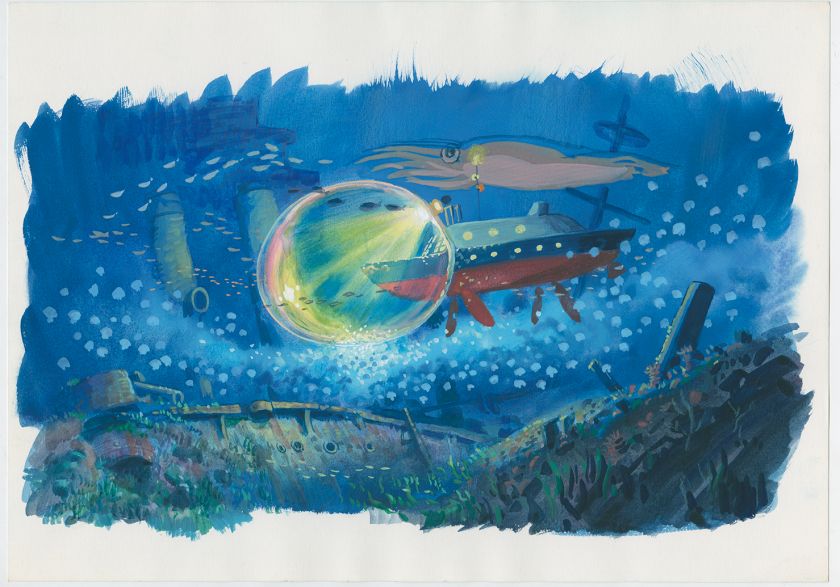 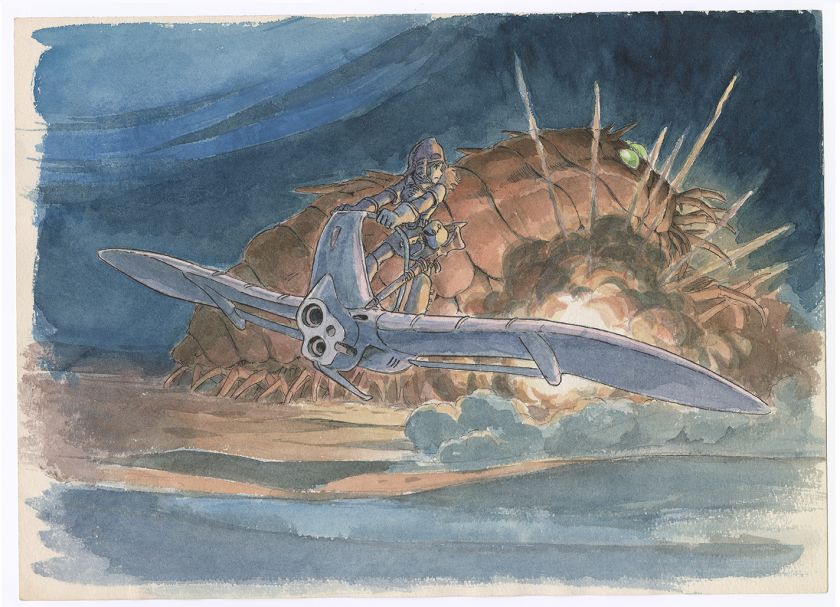 And if you’re not able to get to the retrospective in person, the accompanying Hayao Miyazaki Catalog is packed with artwork from the exhibition. Providing an overview of his career and feature films, it contains production image boards, animation cels, character designs and much more. “Miyazaki’s longtime producer Toshio Suzuki has crafted a poetic meditation on Miyazaki’s visual memory,” adds Raúl. “There are also contributions by Pixar’s Pete Docter and journalist and curator Daniel Kothenschulte. Jessica has foregrounded many of the key themes in Miyazaki’s oeuvre in her essays, and a filmography traces Miyazaki’s career starting as an in-between animator in the 1960s to his body of work at Ghibli.”

Speaking of Hayao Miyazaki’s enduring appeal, Jessica credits his ability to explore human nature on a very deep level. “He asks how we want to live, how we want to interact with each other and with the world we live in,” she explains. “At the same time, his films are so beautiful and entertaining. They are a joy to watch.

“Most importantly though, I think his films give viewers some comfort and relief from the problems of everyday life and a sense of hope that life is worth living no matter how hard things can get.” 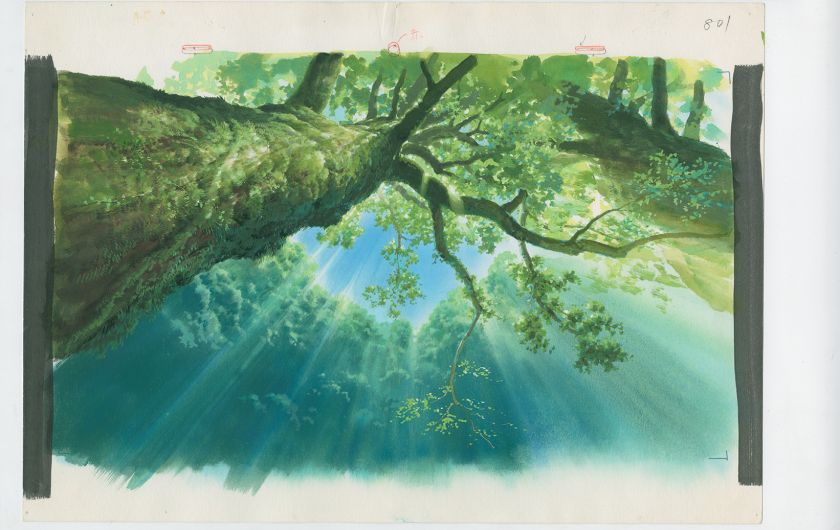 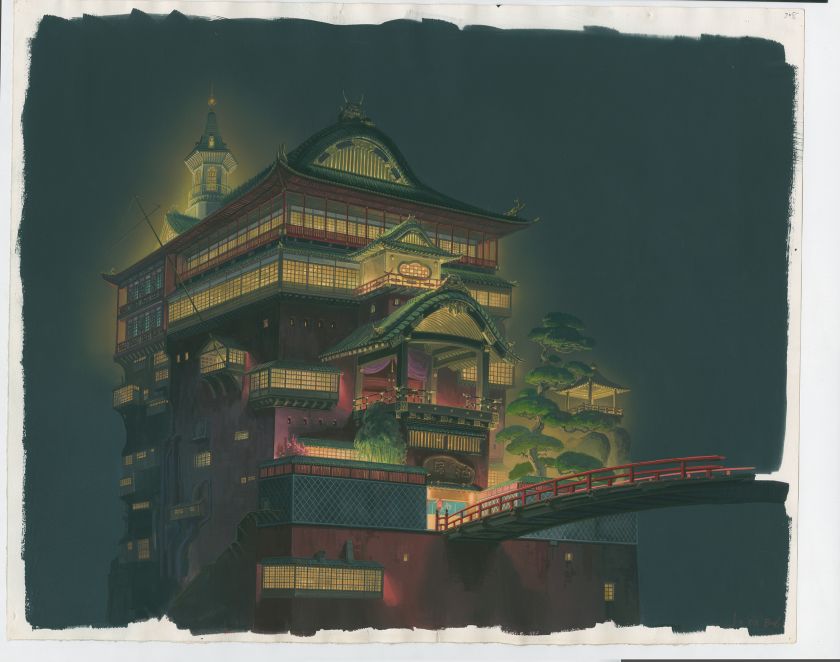 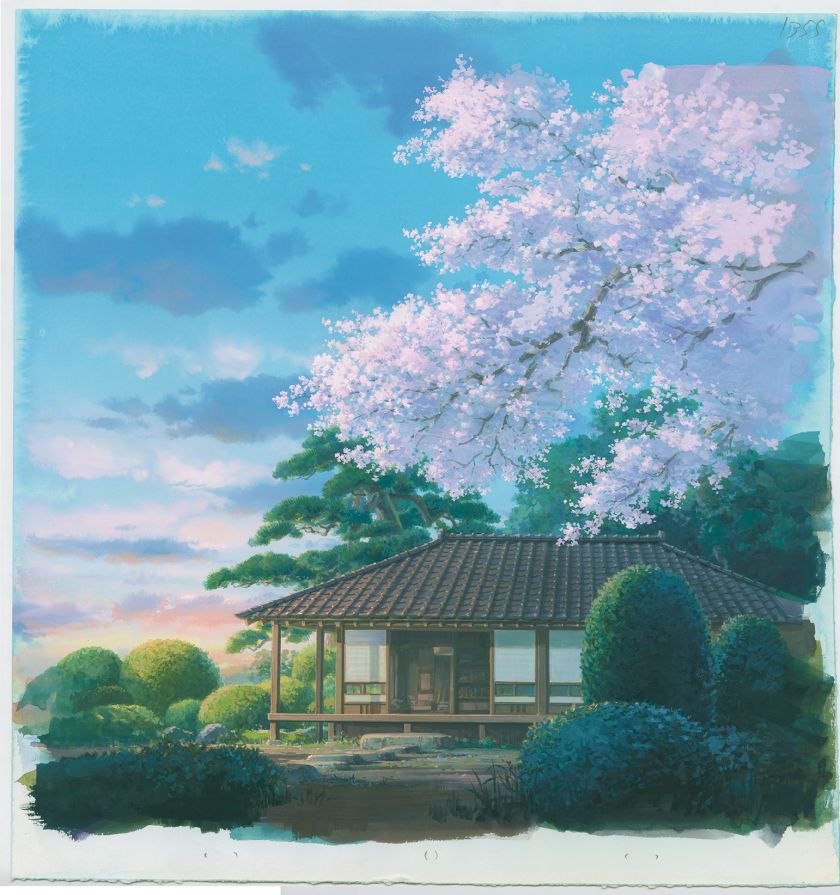