Imagine a world where men suddenly disappeared. That’s the situation that unfolds in HOOPS, an award-winning graphic novel from the mind of Spanish artist Genie Espinosa which brings a fresh and hilarious approach to diversity.

Centred around a trio of pot-smoking teenagers called Kubo, Gor and Pippa, HOOPS sees the three friends skip school one day only to find themselves trapped across two parallel universes. Have they fallen into a peaceful world free from men by chance, and how will they be able to return? Shot through with wit, Japanese comics influences and Genie’s uniquely brilliant art style, HOOPS is a millennial feminist fantasy powered by high-voltage girl power.

Having worked for years on zines and short comics for different publications, creating a bigger project like HOOPS has been a long-held ambition for Genie. Drawing on influences close to her, such as sci-fi and her favourite music and movies, HOOPS allows her to talk about topics close to her heart, namely friendship, love, and being brave even while you’re feeling self-conscious. 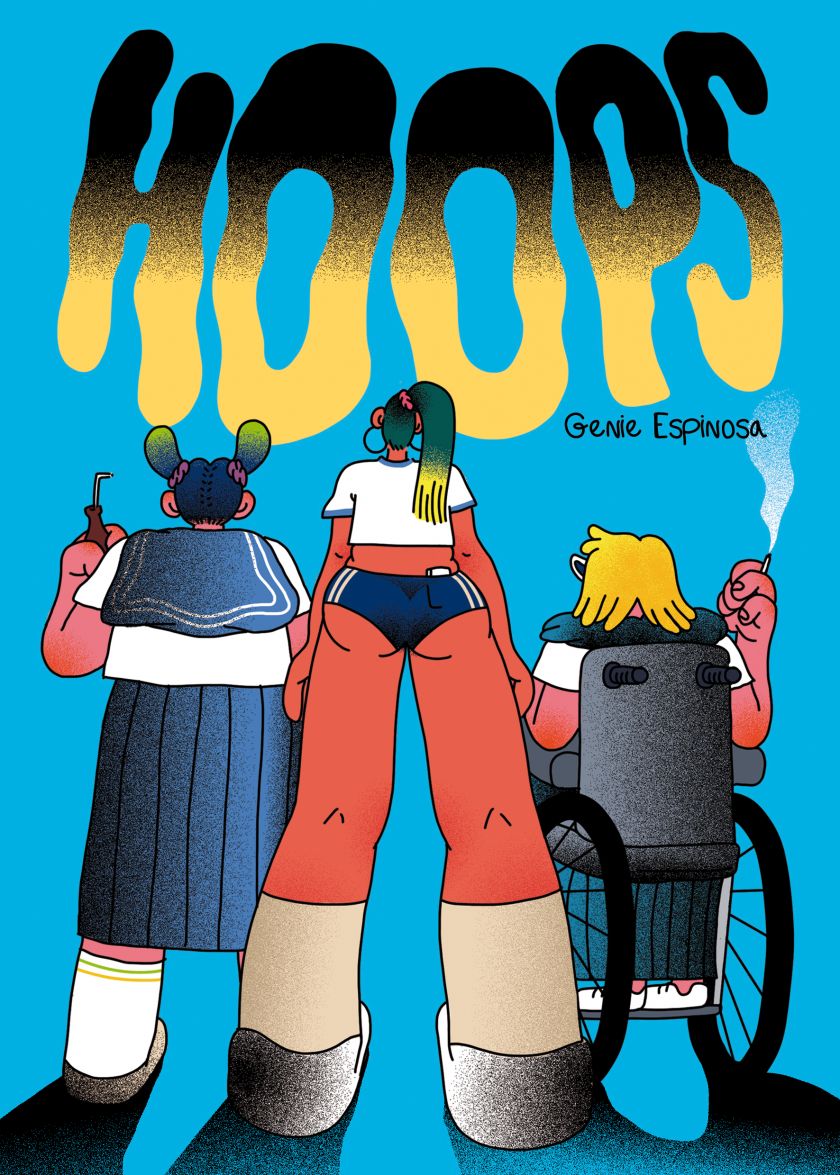 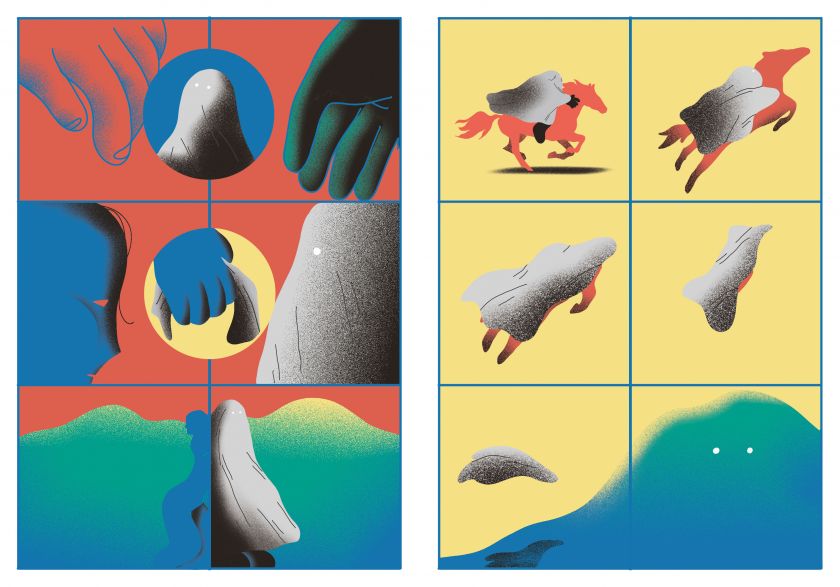 “I think embracing what you don’t like about yourself will make you stronger, and hiding it will make you weaker,” Genie tells Creative Boom. “I am a huge advocate for everything non-normative and inclusive. That’s where love comes from (for one’s self and others). HOOPS took something like three years from the moment the idea started germinating in my brain to the moment I had it printed in my hands. Crazy!”

The pandemic obviously impacted HOOPS journey to print, but Genie reveals that the first lockdown was useful in a way because it gave her space to focus on the project. “Many projects and clients went on pause, so I had a lot of time for myself, so I jumped into finishing this graphic novel. It was crazy being able to work every day on this, drawing 8-12 pages, so rewarding!

Having constantly felt out of place as a kid due to her height, Genie has taken it up herself as an illustrator to emphasise non-normative characters and to create a safe space via her work where everyone is welcome to enjoy it in comfort. “It’s very important to me to portray a non-perfect reality because life is not perfect, and that’s the beauty of it.” 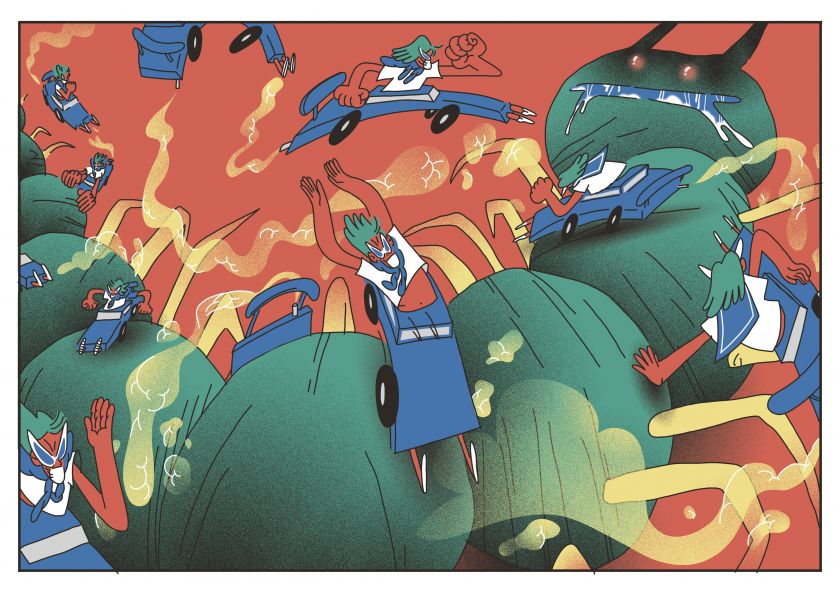 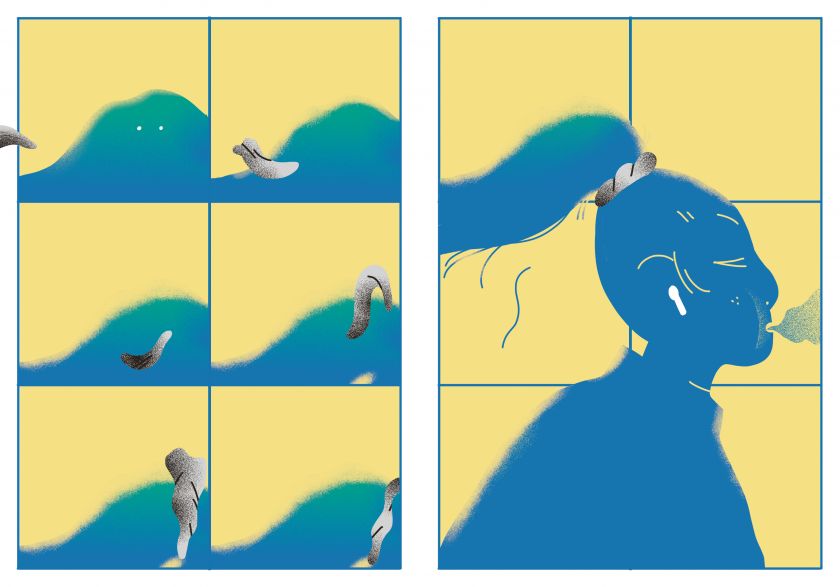 She adds: “Perfection doesn’t exist, and standards change all the time. They’re a way to make us feel permanently unhappy, so we keep consuming things that we think will make us fit into a ‘perfect’ ideal that doesn’t exist. I also included a character in a wheelchair that is very close to my reality as my brother has brain palsy, and I’ve had one (or several) wheelchairs in my home all my life. Again is just one way of portraying the real world for me.”

With one foot in an inclusive reality and another in a male-free utopia, HOOPS proudly wears its feminist ideals on its sleeve. Charlotte Perkins Gilman’s 1915 novel Herland is among the graphic novel’s many influences. However, Genie gives its ideas a humorous spin to create the uniquely funny idea of a “feminist dystopia”.

She says: “I just thought, what if my trio of heroines are in a situation where they’ve grown used to sharing space with men, but after their disappearance, they just don’t really care about them anymore? I thought that would give them a lot of personality and would portray their ‘oh well, what’s for lunch?’ way of living their life.” 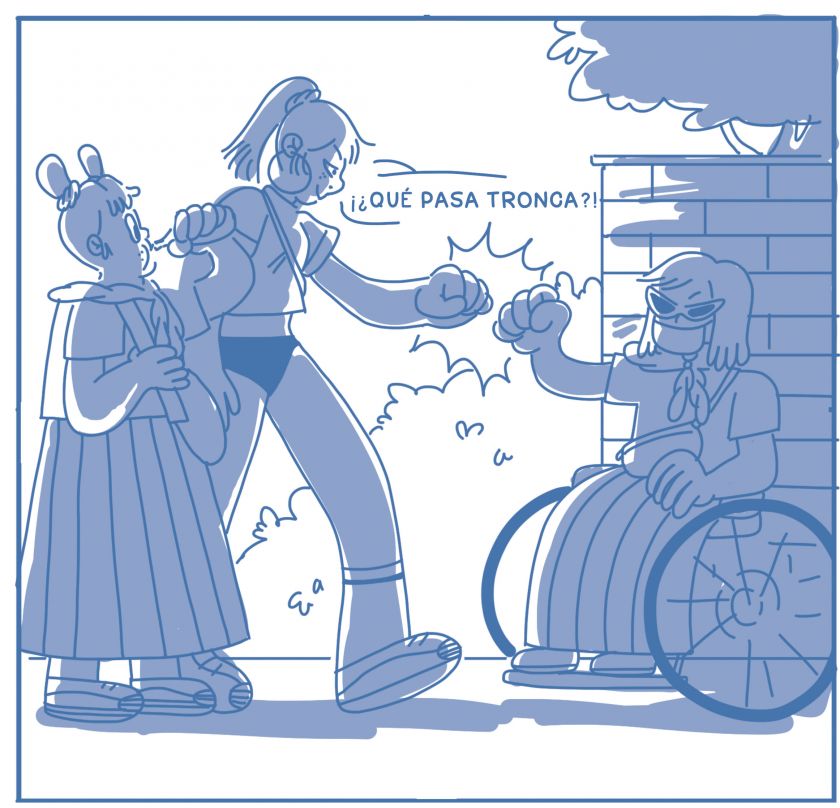 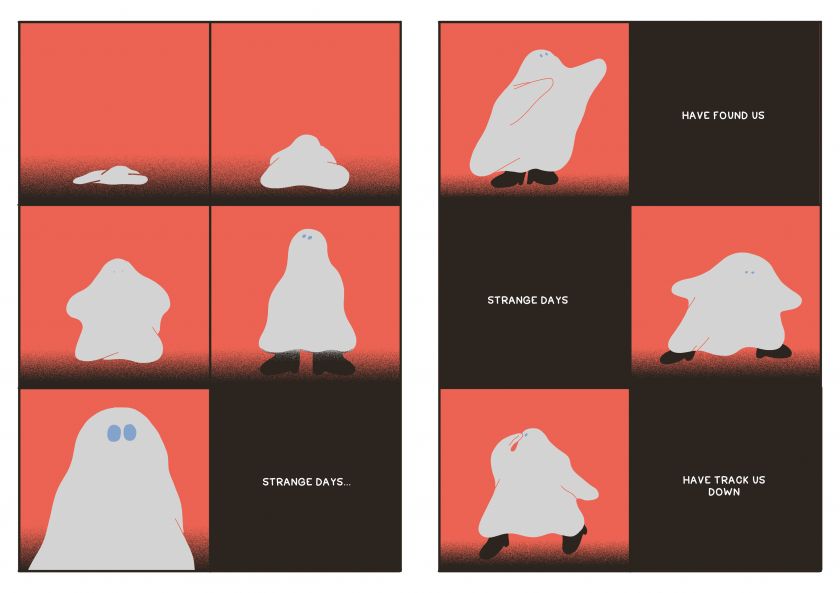 HOOPS recently scooped the 2021 Critical Eye of Comic Award and is winning over readers and critics alike. When asked what she hopes readers will get out of it, Genie says: “Oh! That’s a very hard question. I love the three main characters. I wish I had them by my side when I was in high school. I love that they love each other and support themselves no matter what, and they really each other to succeed.

“I love that HOOPS talks about teamwork, respect, true friendship and self-esteem. I hope the reader can connect with them and feel like a part of their gang and that they’ve got their backs covered by these three girls. I would like them to feel safe, worthy and included.”

HOOPS is available to order now from Genie’s online shop.