Colombian artist Douglas Cantor has warped the iconography of his homeland in ‘Always Late to the Party’, his second solo exhibition at Guts Gallery. Via a new series of large scale paintings and an installation, he explores his life as an immigrant in the UK and how the move has come to reshape him.

“I don’t create work about being an immigrant. I create work because I’m an immigrant,” says Douglas of his latest series of towering paintings that take elements of Colombian life and filter them into distorted reproductions. It’s a powerful statement but one that bolsters the name of the exhibition and its underlying theme of being out of place. 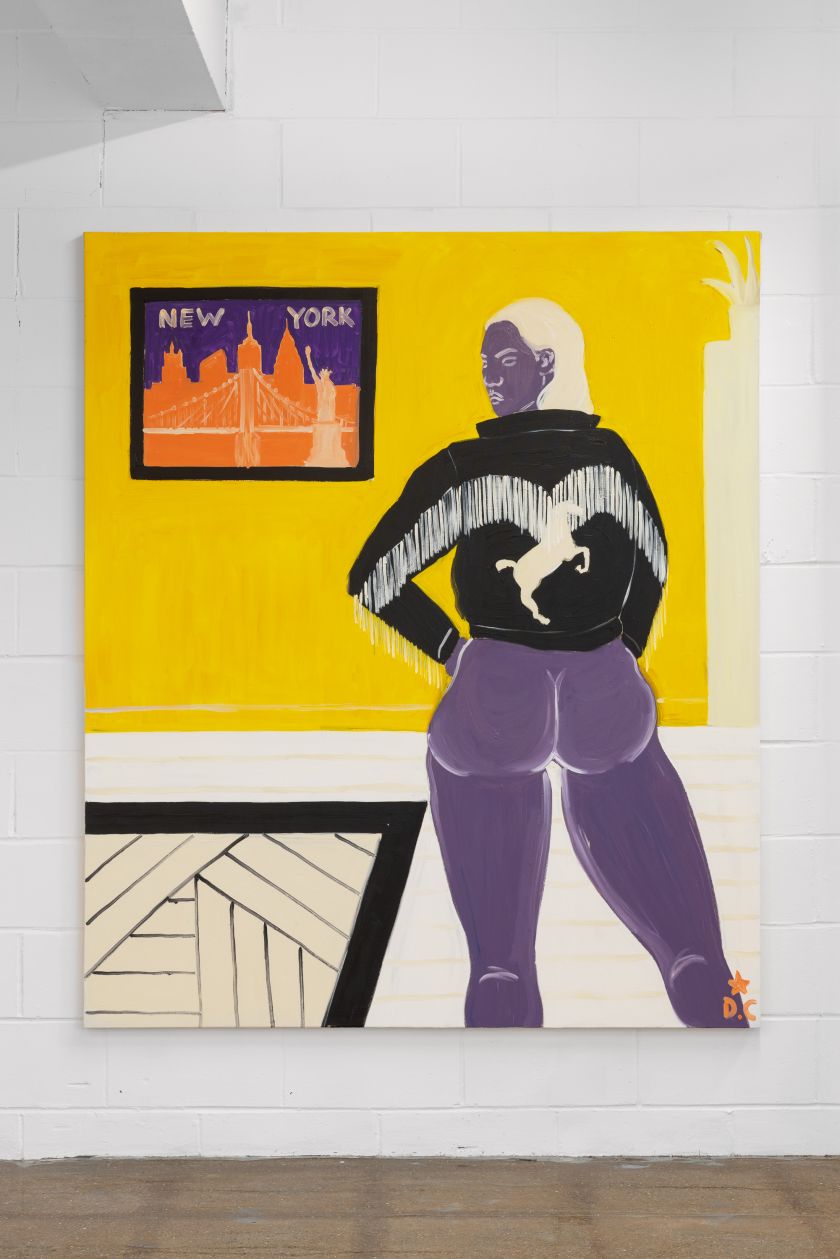 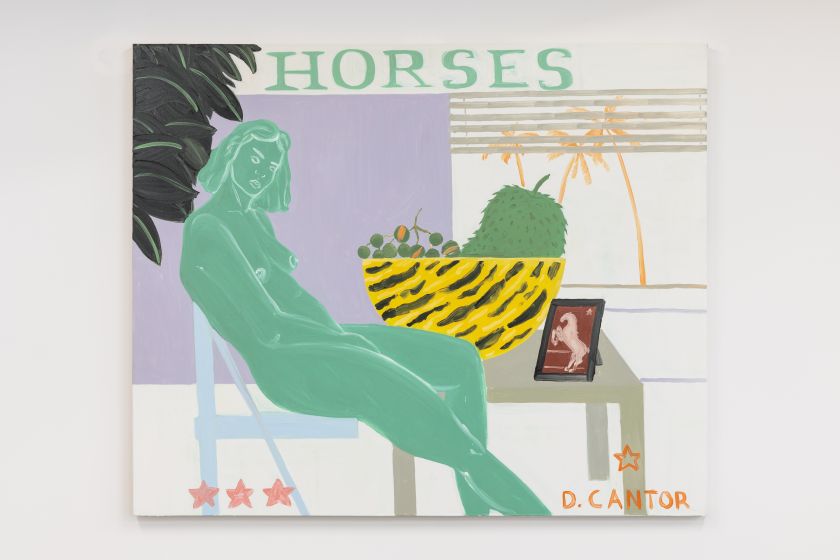 These symbols of Douglas’ former life include orange netted bags swollen with fruit and vegetables from the market and white roses that decorate churches and houses in remembrance of Saint Peter. At the heart of the exhibition, though, is Douglas’ motorbike, which is loaded with connotations both on Colombia and the walls of Guts Gallery.

In his homeland, Douglas’ motorbike would not be seen as a rebellious status symbol or an indicator of wealth and prestige. Instead, it would be used purely as a way to get around and stockpile groceries. The motorbike is a modern-day workhouse. With these animals having a long history in Colombia that goes all the way back to Spanish conquerors in the 1400s, the humble motorbike is bestowed a heightened sense of importance.

The exhibition’s title piece runs with this idea as it depicts Douglas sitting proudly on his motorbike. The metaphorical party reflects his experience of living in the UK as an immigrant, while the motorbike is a symbolic through-line that brings together his stories and Colombian roots.

Despite being called ‘Always Late to the Party’, Douglas does not consider himself unfortunate. “It’s not that I’m not lucky. In fact, I’m the luckiest guy I know. It’s just that the introductions had been made, and the cocktails had been drunk by the time I arrived,” he explains.

“Now everyone is outside having their fags and looking for the next place to go, while I’ve just gotten past the bouncer, and I’m now trying to work out where to order a whisky. Since I came to this town, I’ve always been late to the party.” 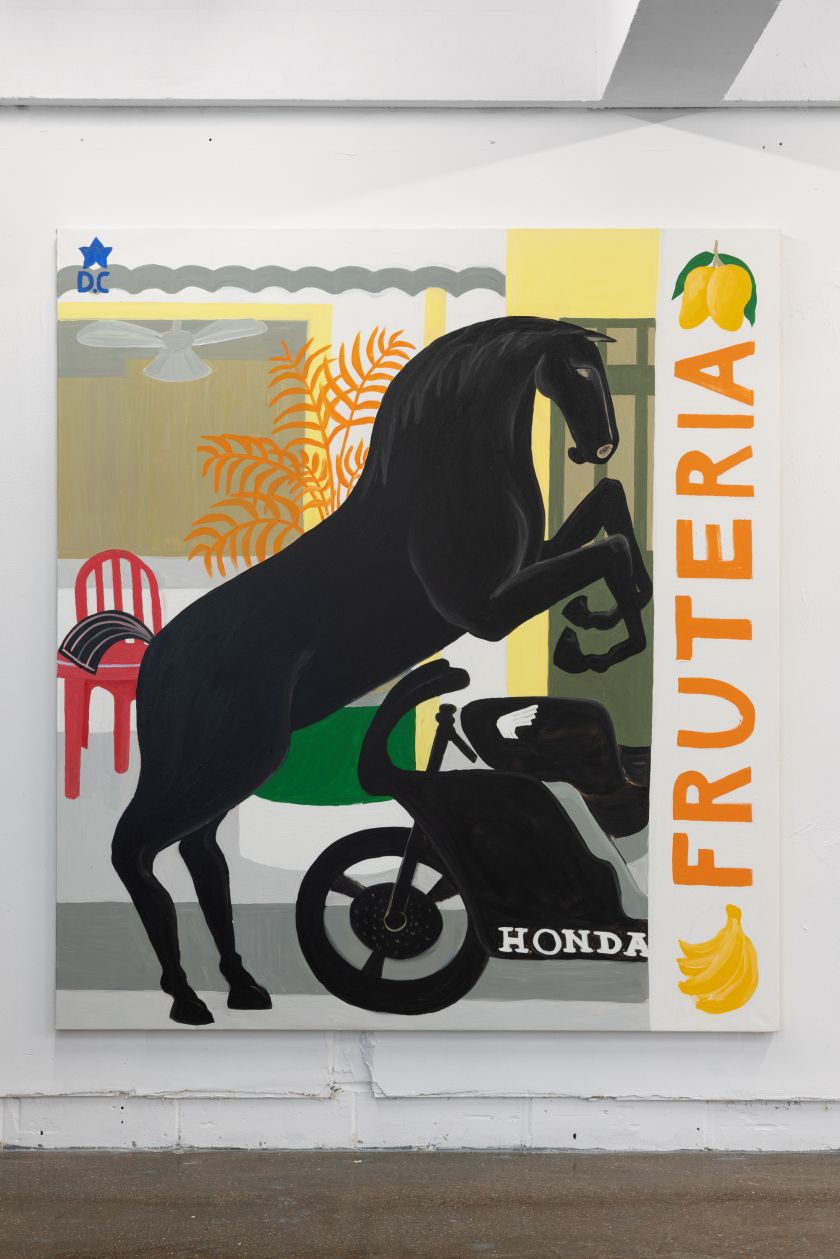 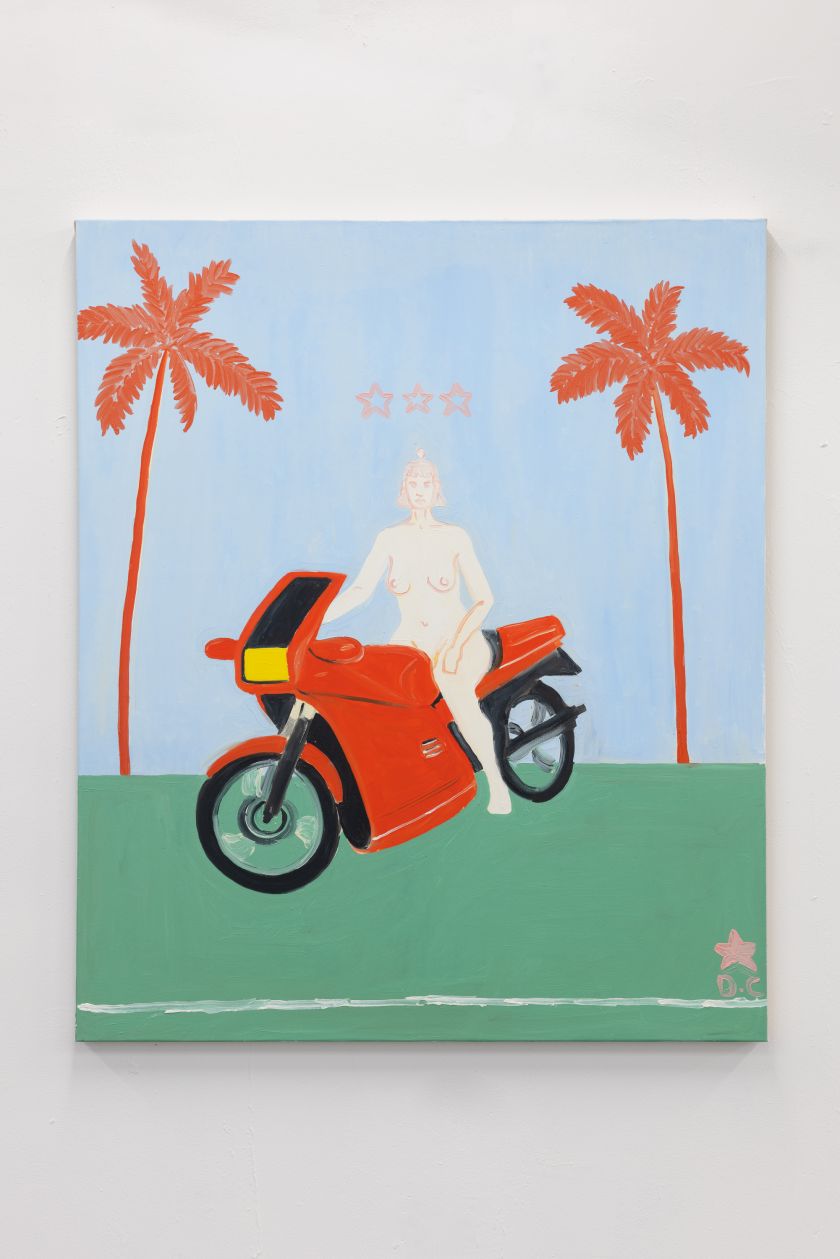 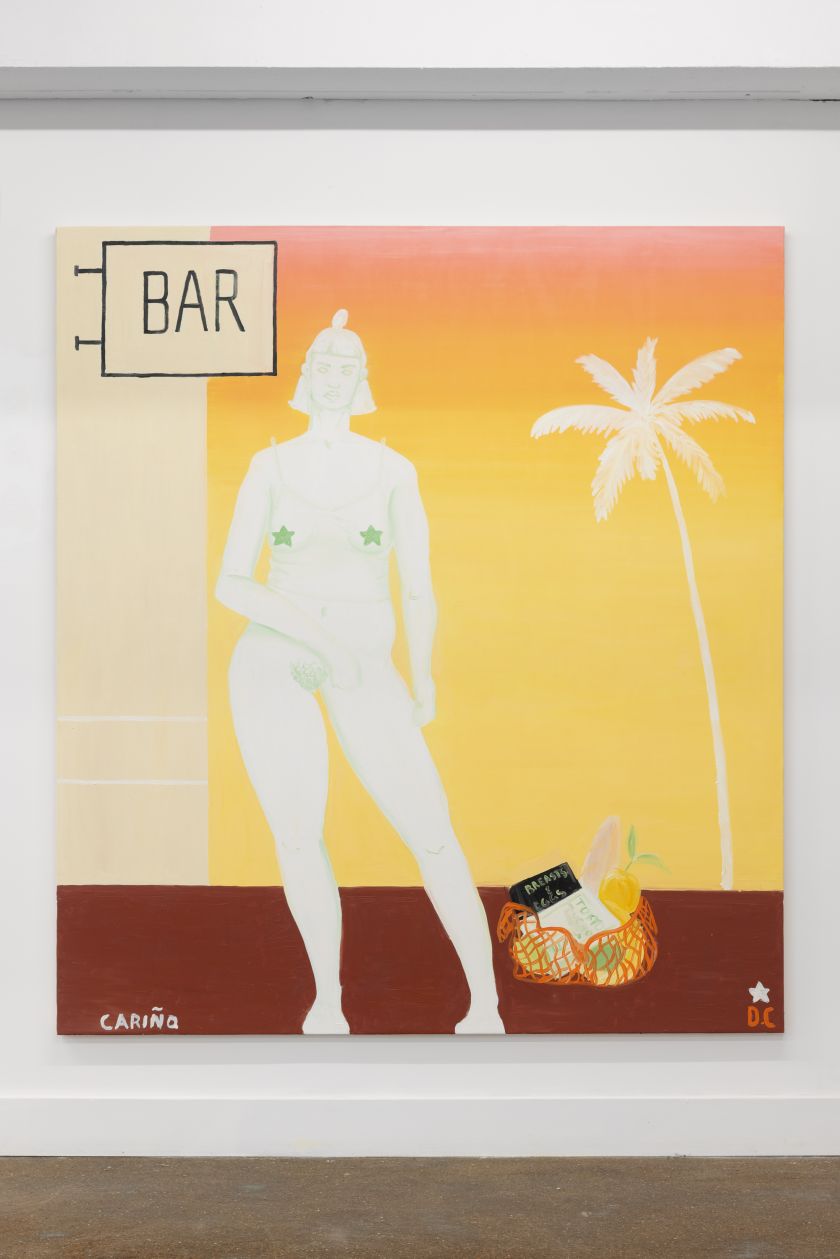 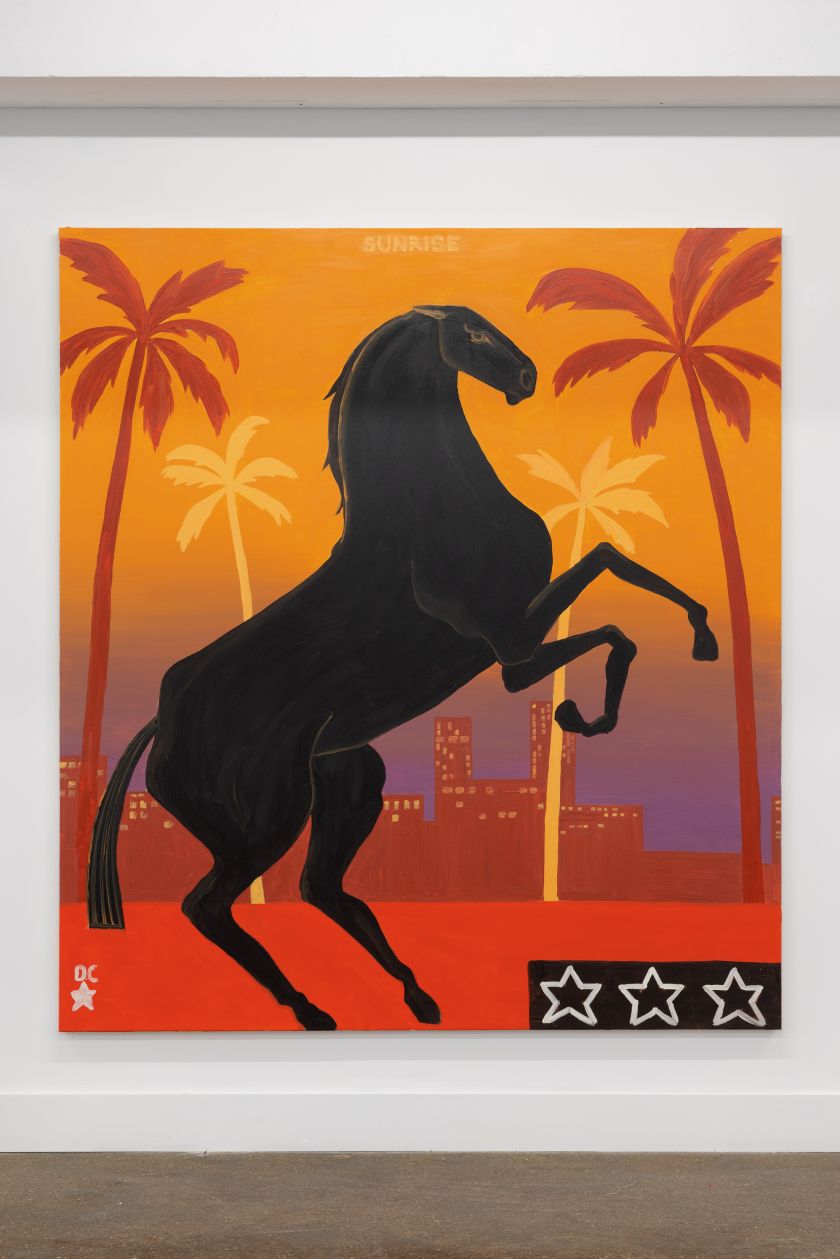 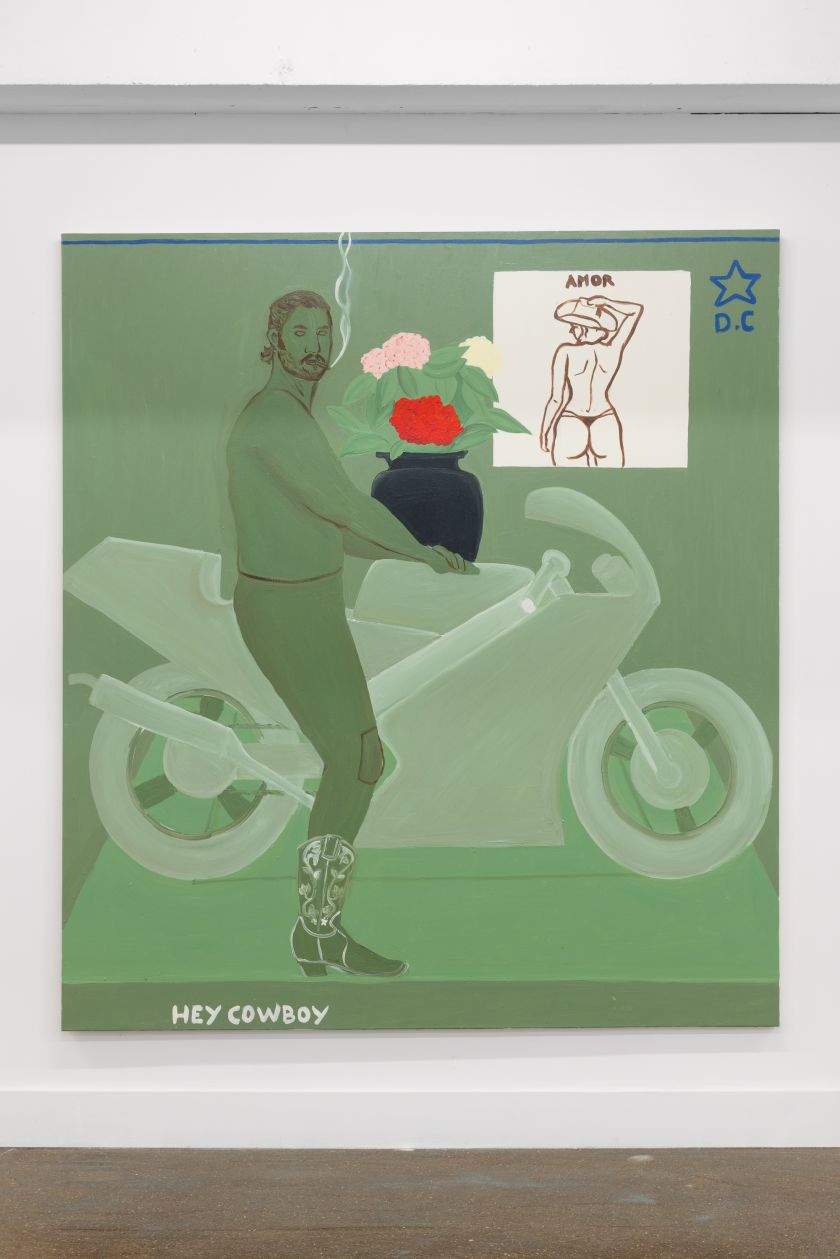 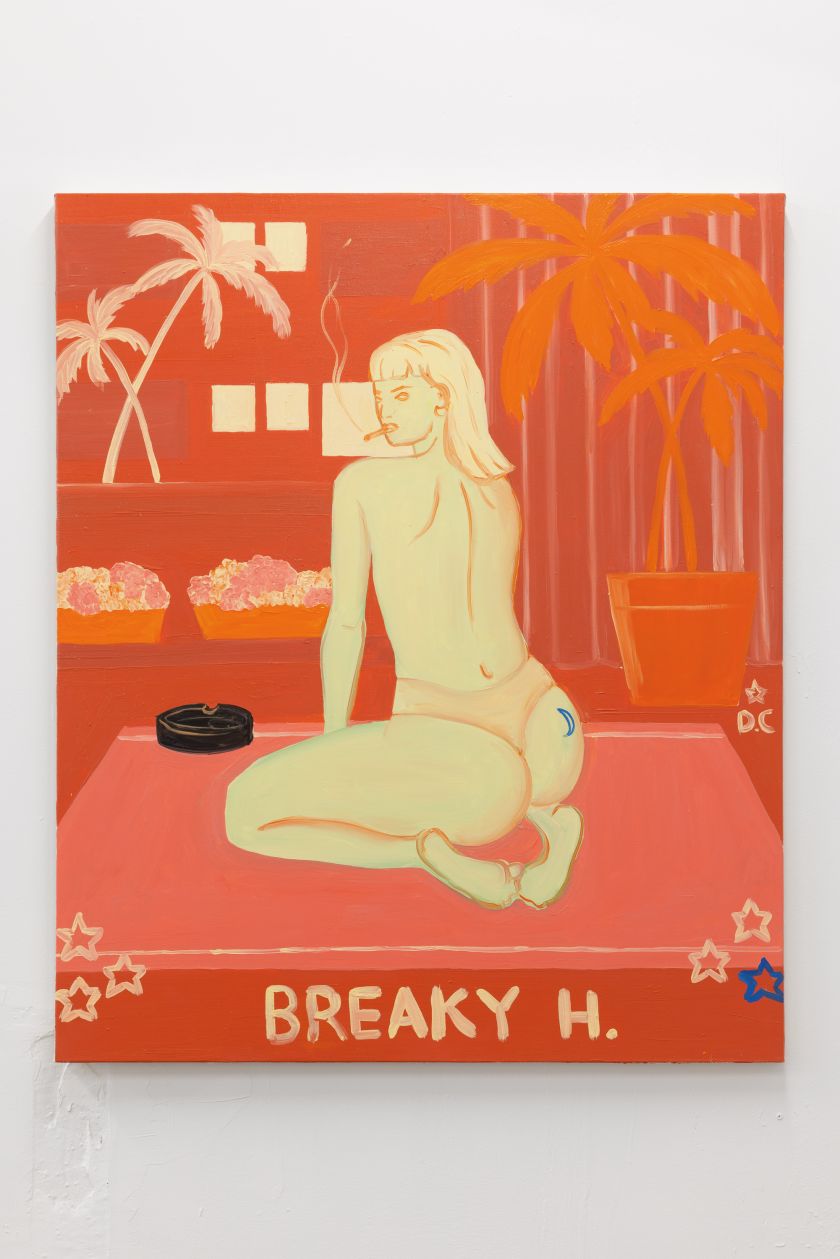