The 11 winning design projects for Dezeen Awards 2021 have been revealed. Winners include a puffed-up glass coffee table, a plump duvet-like lounge chair and a pendant light that mimics the sky.

Other winners unveiled in the Dezeen Awards 2021 design show, which was hosted by LionHeart and Nelly Ben Hayoun, include a collection of hardware turned homeware, a sheltering armchair and a compact wireless breast pump.

A bicycle parking garage in The Hague by Silo was named the overall design project of the year.

There were 1,394 entries for the design categories at this year’s Dezeen Awards, which is sponsored by Dodds & Shute, Longboard Products, Knauf, Kingspan, Kvadrat, Tom Dixon and Norse Projects. Of these, 59 were shortlisted by our jury of 25 leading figures from the world of design.

The winners of the architecture categories were announced on 22 November and the interiors winners were named yesterday on 23 November. The sustainability and media winners will be revealed tomorrow on 25 November, and the studio winners will be unveiled on Friday 26 November.

To find out about Dezeen Awards 2021, subscribe to our newsletter.

See the winning design projects on the Dezeen Awards website or read on below: 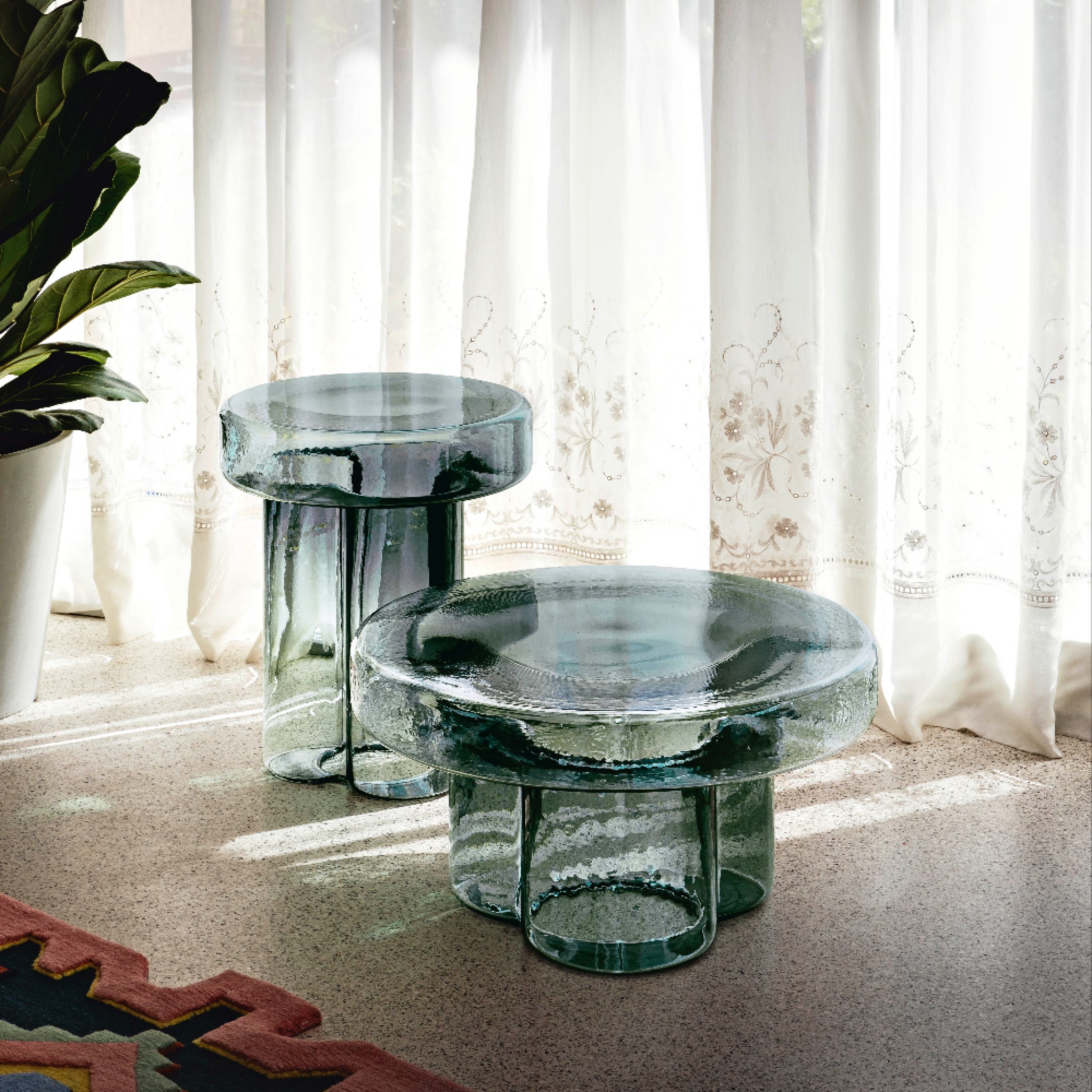 Furniture design of the year:
Soda by Yiannis Ghikas for Miniforms

The Soda coffee table is made from hand-blown Murano glass and is available in rich golden amber and a shimmering petrol blue.

Each glass table uses a single 20-kilogram piece of glass. Air is puffed through the glass, which is then hammered by hand to create a prism-like effect as light travels through its surfaces.

“This is a great example of simplicity in design,” the jury said. “The material has a poetic quality, and out of all the pieces we’ve seen, this is the most innovative and surprising.” Faye Toogood‘s Puffy Lounge Chair has detachable quilt-like cushions and a separable construction that was designed to extend the chair’s lifespan and make it easy to refurbish and reupholster.

Zippers inside of the cushions can be used to take out the duvet-like stuffing. The upholstery is available in a cotton-linen blend or chrome-free leather.

“The way the upholstery is separated from the frame is interesting. The way it’s built is sustainable too, as it can be easily taken apart and repaired,” commented the judges. 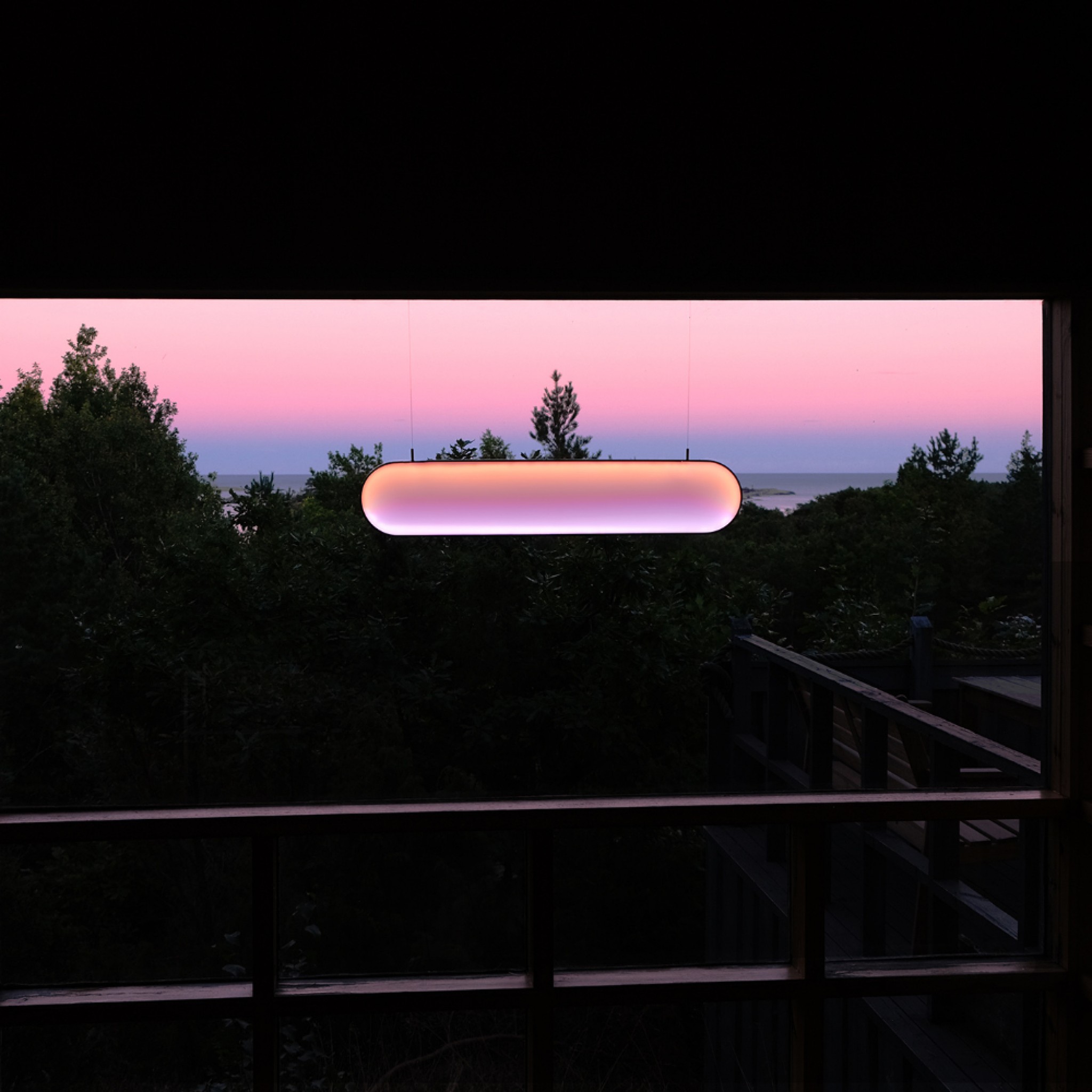 Sunne is a solar lamp that generates its own energy. The light is fitted with photovoltaic cells and an integrated battery.

Sunne’s three light settings mimic the colours of the sky throughout the day, and the light turns itself automatically on at dusk.

“In order to stop relying on fossil fuels, this kind of design we need,” the jury said, adding: “It’s functional and unplugged, so it works everywhere – this is the future.” 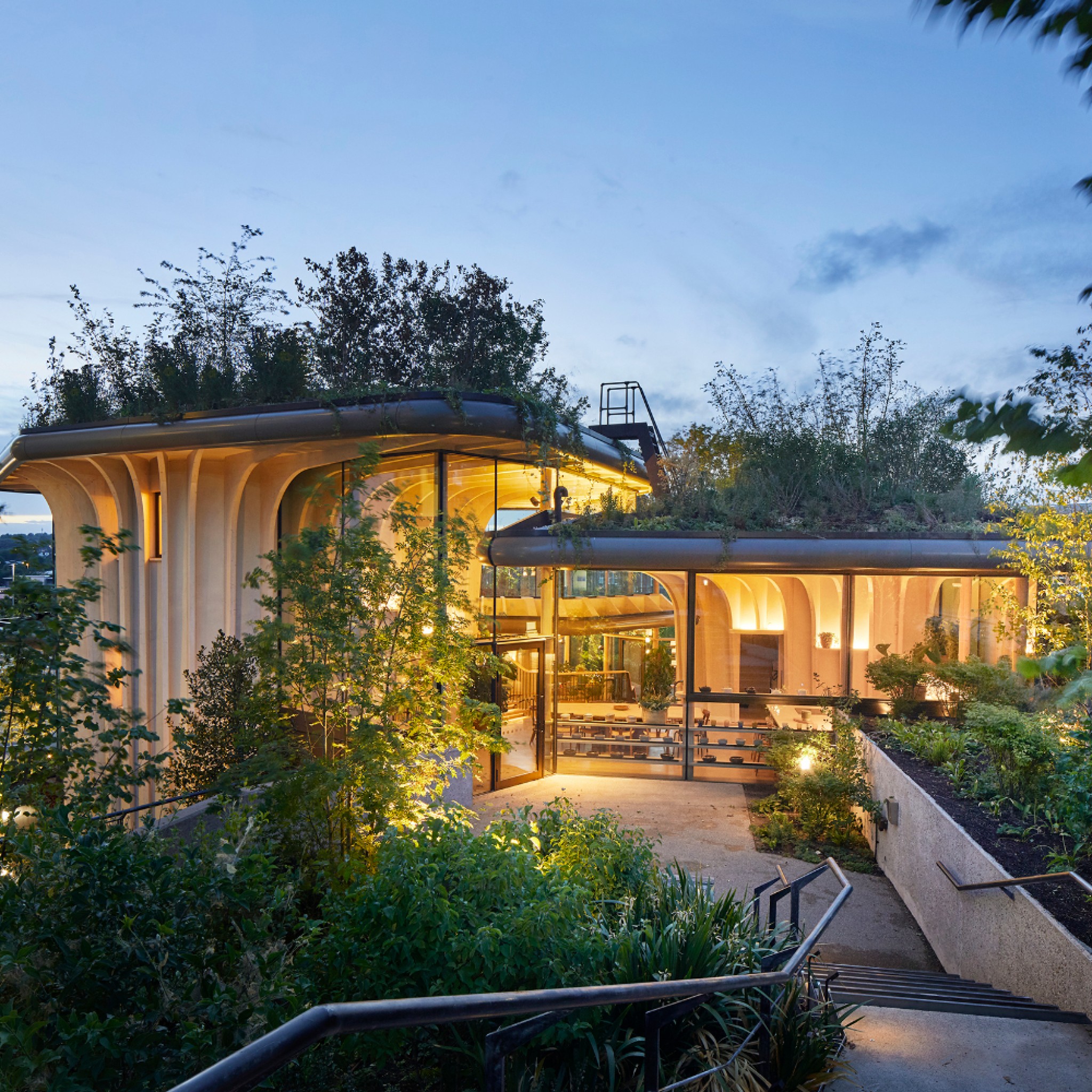 The landscape lighting is purposely arbitrary and garden-scale, to appear as unstructured as the planting that surrounds it. A few ambient glowing bollards are placed in key locations to give visual depth and help understand the irregular and steep surroundings.

“This project is beautifully done and well-considered for the respective spaces,” the jury said. “There is a play between the architecture, nature and lighting.“ 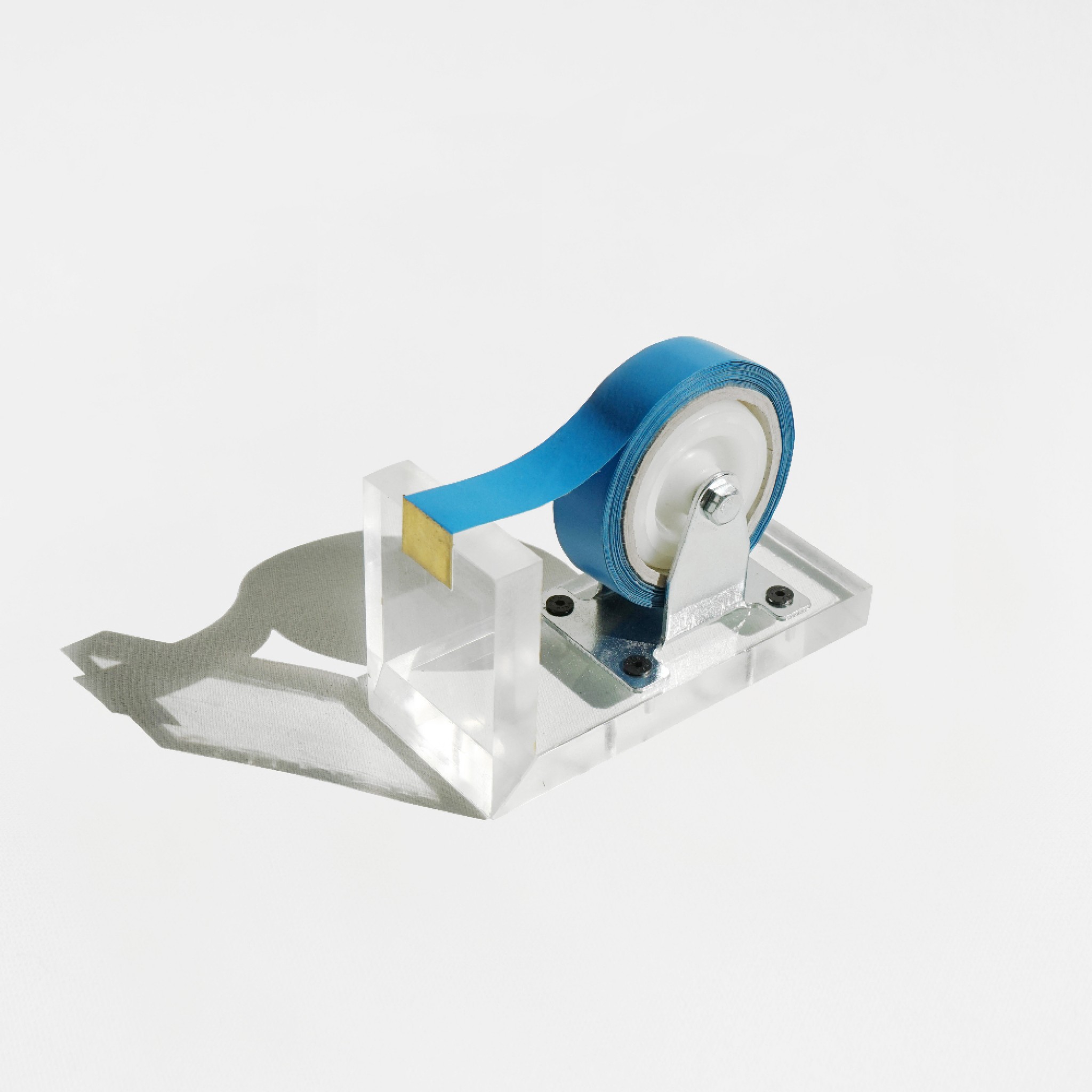 Homeware design of the year:
The Misused by Studio Liang-Jung Chen

The Misused elevates ubiquitous hardware to quality homeware. The outcome is a collection of practical and thought-provoking homeware products that can be made by anyone.

The collection aims to function as a participatory design platform that invites people to upcycle and reuse everyday household items.

“This project is executed in a fun, playful way,” the judges found. “It engages and builds a platform for people getting involved in the community.” 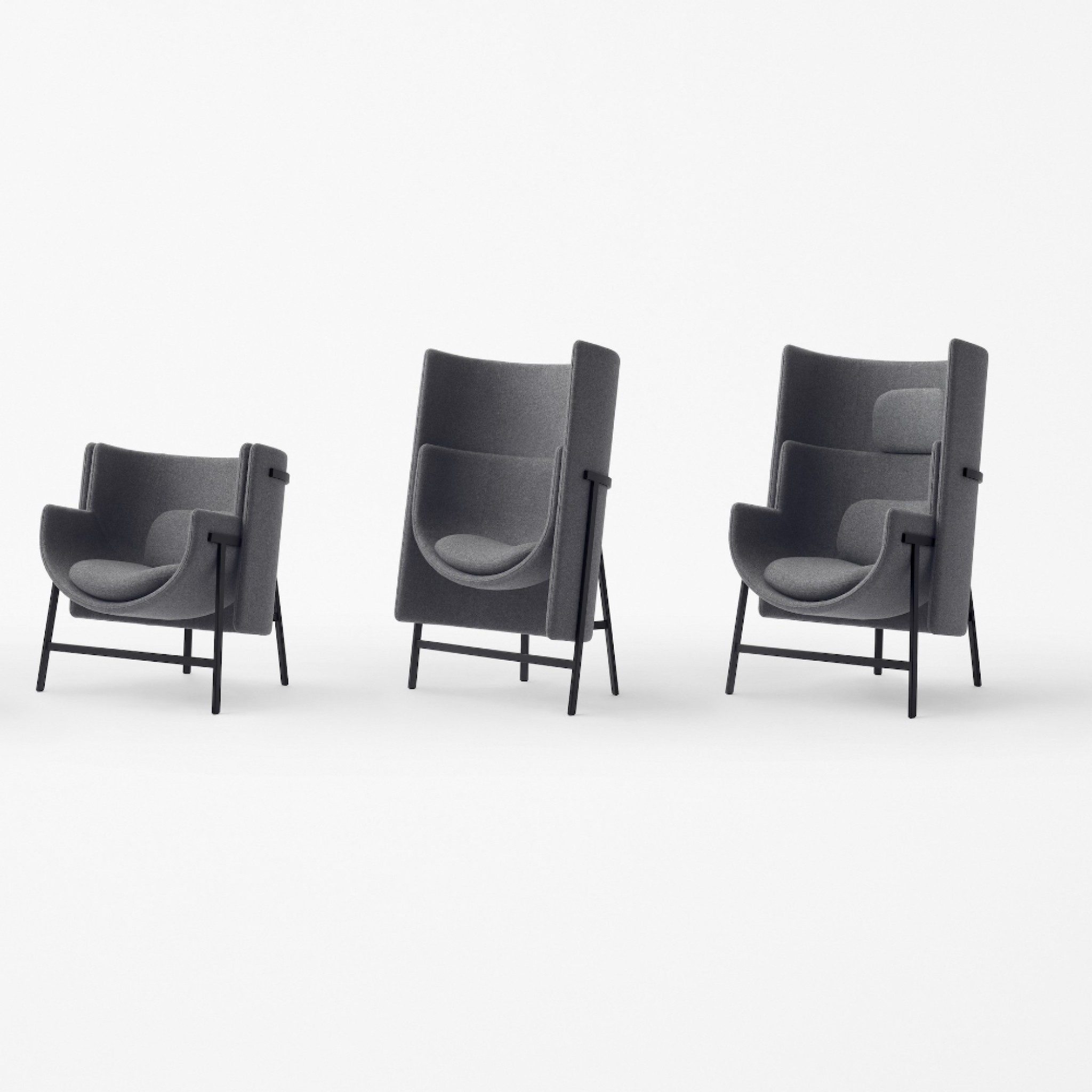 Workplace design of the year:
Kite by Stellar Works

Designed by Nendo, Kite is a compact armchair covered in speckled grey upholstery and designed for use in commercial and hospitality spaces.

The backrest has two different heights and the seat has two depth options, allowing users to tailor the chair according to the size of the space and degree of privacy desired.

“This project is considerate towards a culture that sits for long periods of time,” said the master jury. “The curve of this chair protects your own space, and by positioning multiple chairs you can create a miniature architecture within the room.” Wearable design of the year:
Elvie Curve by Elvie

It can be pressed gently against the breast to create a natural vacuum and comes complete with a valve to control the suction level and allow for easy removal.

“A design that not only considers the physical comfort of the user but empowers and gives independence,” the master jury said. 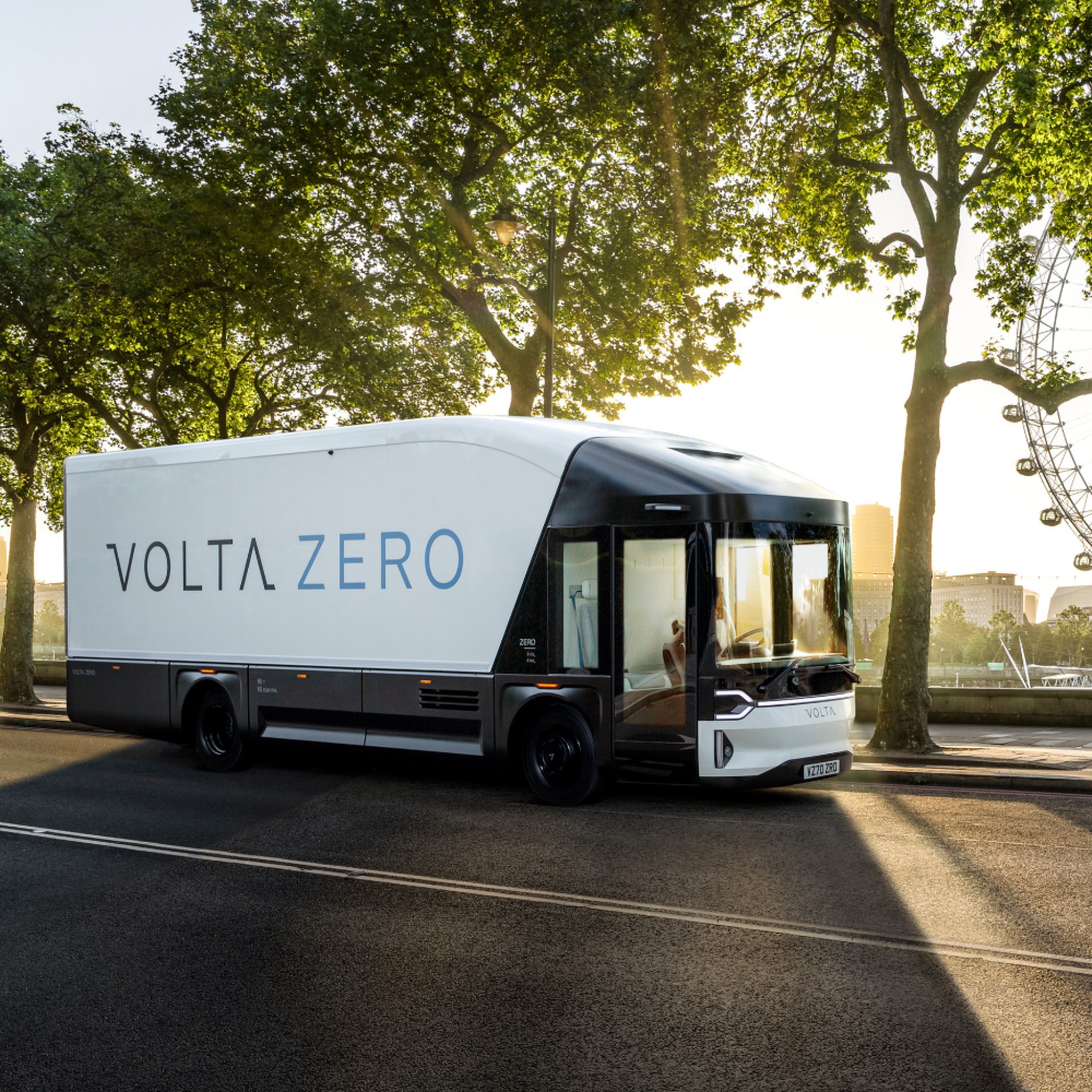 Product Design of the year:
Volta Zero by Astheimer

The Volta Zero vehicle is an electric 16-tonne truck with a “glasshouse-style” cabin and body panels made from natural flax fibre infused with a biodegradable resin.

Its aerodynamic silhouette combined with clean, sculptural surfaces and precise details helps to emphasise the truck’s futuristic design and technology.

“This project is a good shift in thinking.” said the jury. “It’s shown within the context of London where vans and cars are increasingly problematic, and it has such potential for application in cities.” Graphic design of the year:
Bicycle parking garage The Hague by Silo

This bicycle parking garage in The Hague was designed to integrate lighting and experiential graphic design.

Visual interventions were used to make the facility appears more spacious, support intuitive orientation and make it easier to find your way back to your bike.

Dutch studio Silo referenced both historic buildings and works by contemporary studios and architects when designing the space.

“This project resolves current problems whilst inspiring new ways of thinking,” the master jury said. “The graphics become part of the architecture, using the familiar language of transportation in a new way.” Exhibition design of the year:
V&A Fashioned From Nature at the Design Society by Studio 10

Studio 10’s exhibition design for an installation at the Victoria and Albert Museum in Shenzhen uses lightweight and translucent materials to minimise distractions and emphasise the collection display.

The first section of the exhibition, which details the relationship between fashion and nature since the sixteenth century, was designed to reference classical gardens.

The second section, Fashioned from Nature in China: Then and Now, examines a similar theme but with a focus on China, and has a more contemporary spatial approach.

“A use of space design that gives the spotlight to the exhibits yet acts as an impressive design by itself, considering the theme of the exhibition in a unique way without overpowering,” the judges said. 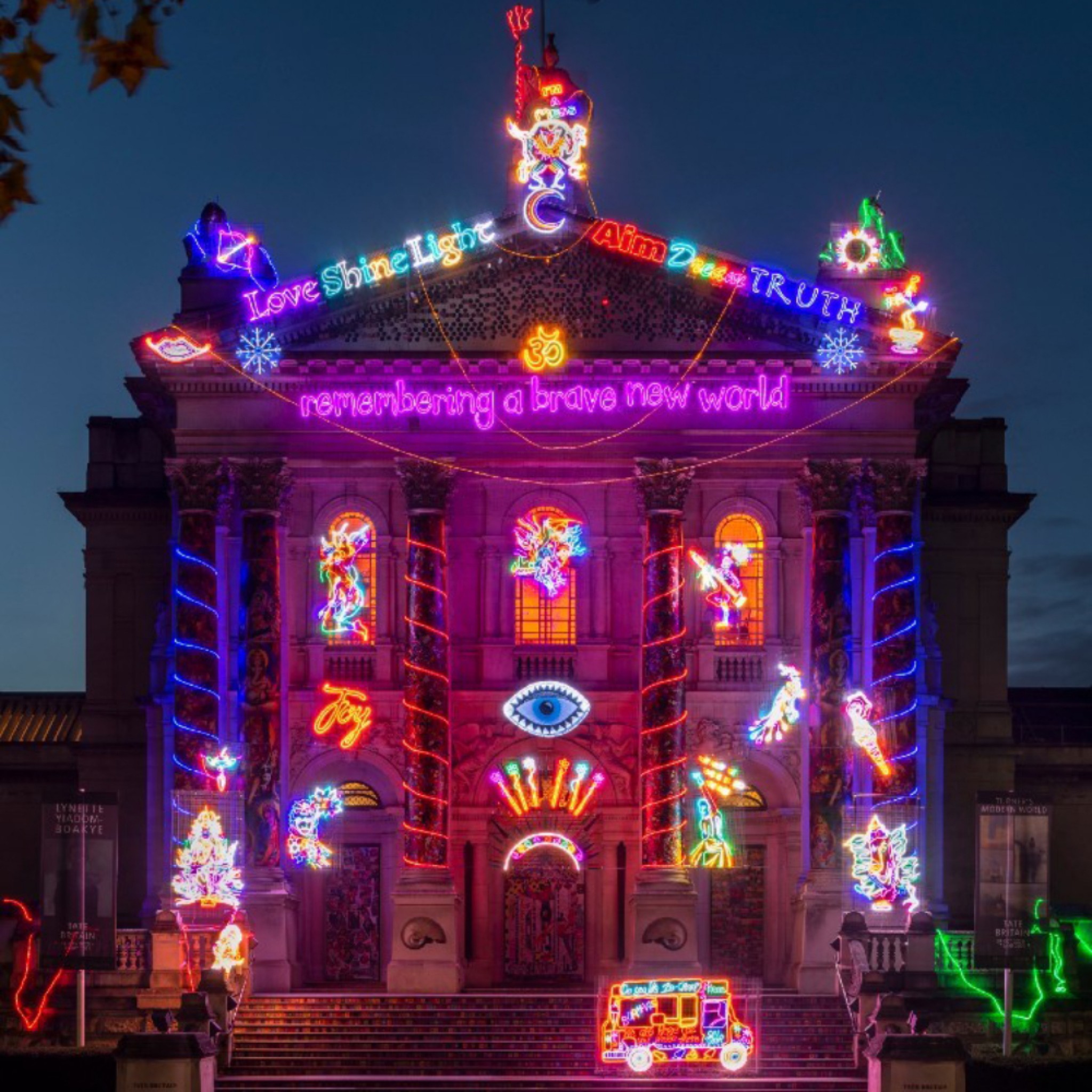 The artist used multicoloured neon lights to superimpose Bollywood posters and fluorescent effigies of Hindu deities on the facade of the London museum.

The design was unveiled to coincide with Diwali, an Indian festival that celebrates light’s victory over darkness.

The judges said: “We are swayed by the pure joy of this project. We need this joy in these difficult times.”