New York design studio Zero is getting into the weed business by partnering with Dosist and Sunday Goods founders to launch a “brand-centred” cannabis company called Studio. It marks the first step into creating their own series of cannabis brands after years of helping build them for clients.

With plans to expand to other markets across the United States, Studio initially launched in Arizona. The state is poised to be one of America’s most attractive legal cannabis markets, with a projected $2.6B in cannabis revenue by 2025. Seeing this opportunity, Matt Seashols of Dosist, Randy Smith of Sunday Goods and the Zero team decided to combine their experience in retail, content, design, strategy and building trendsetting brands to create something of their own.

“We admired Matt and Randy’s previous brands, both of which paved the way for the next generation of brands in the space,” says Zero Creative Director Mark Goldwell. “They were eager to launch something different in the cannabis space and, like us, were extremely open to ideas about the best way to get it done. It was an environment of sharing and imagination that just felt right. Particularly for a project where we have an equity stake, it just made sense to be involved with Studio for the long haul.” 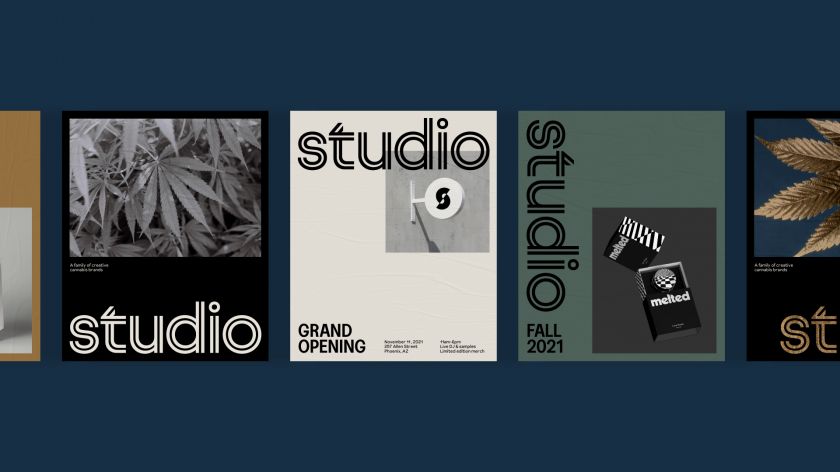 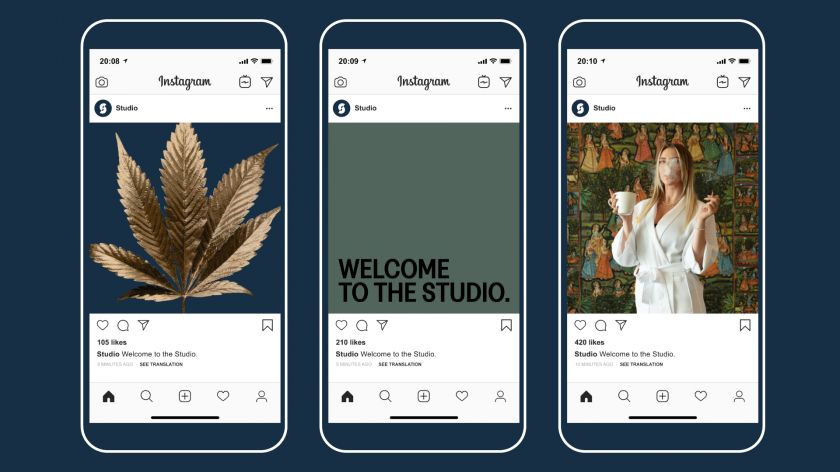 As part of its launch, Studio has released a series of products designed to appeal to consumers over the lifetime arc of their cannabis use, including Melted, Plant Based, Human Resources, Tell Your Friends, and Session. By researching “typical use” cases, experiences and needs driving cannabis consumers, Zero developed customer personas as the creative and philosophical anchors of the brands and used those to create the products and designs and messaging.

The overarching Studio identity by Zero has rich navy and sage tones with bronze and gold metallic foil accents. Paired with a modern, pin-striped logo, it evokes a classic Motown feel and acts as a distinct but not overwhelming canvas for the other Studio brands. As a ‘Cannabis Collective’, the company’s goal is to rapidly produce targeted brands to “meet the market where it’s at, instead of serving the same derivative tropes that generally offer little-to-no emotional appeal,” according to the founders.

“Emotionally speaking, successful cannabis brands not only need to create brands that folks co-sign and actively align with their lifestyles but consider and meet them where they are at in terms of experience,” explains Goldwell. “There’s a lot of people who have tried cannabis and had a terrible experience. Empowering them through education in a non-encyclopedic or condescending way about dosage, form factor, onset, and desired effects is wildly important.”

The first new brand released under the Studio umbrella is Melted, something described for the “regular user”. Melted’s voice is bold, monochromatic, and expressive, with a singular use of black and white for all branded materials and a range of surreal visuals, including warped, striped and checkered patterns. 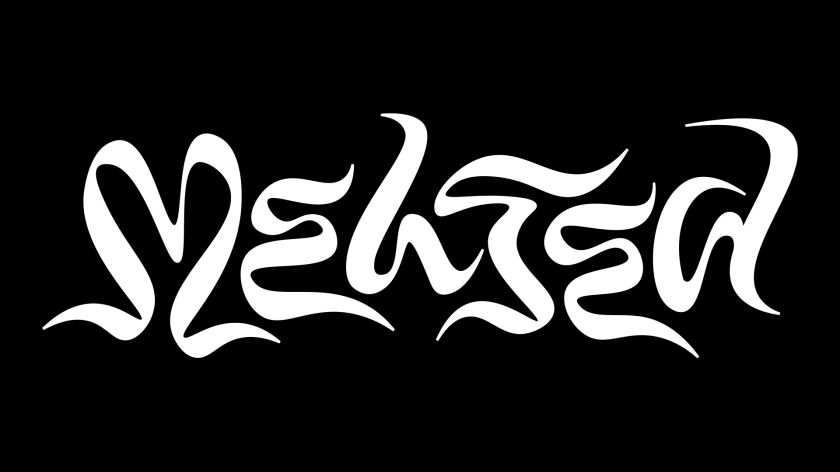 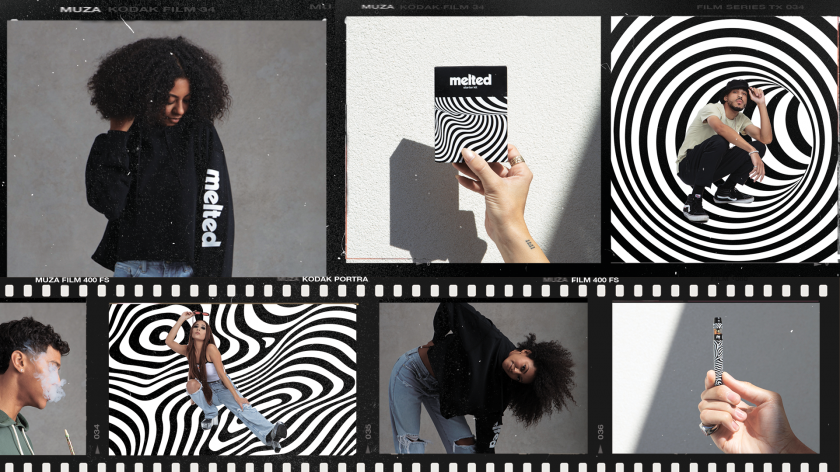 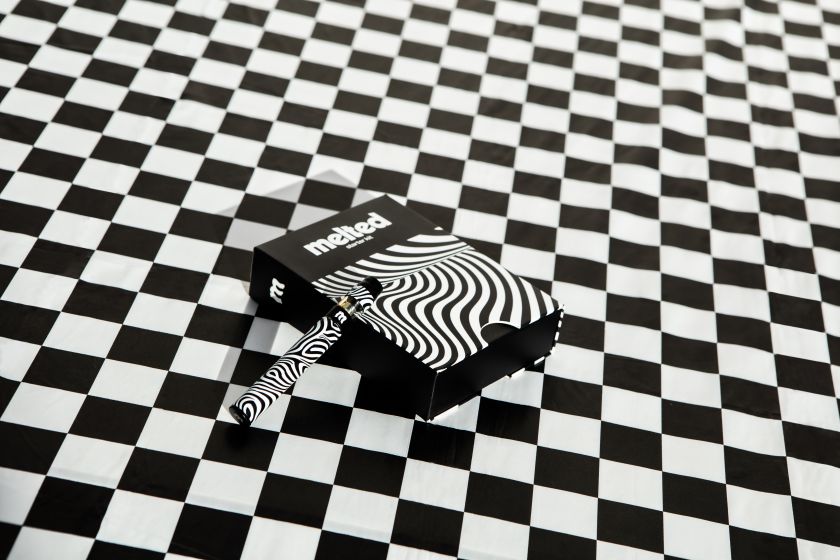 Melted will launch with two core product lines: Melted – a standard premium line, and Tiger Style – a highly potent premium brand. While the Melted line meets the market with best-in-class products at an affordable price, the Tiger Style brand hits new heights of potency through product innovation. It features a dipped pre-roll that’s infused with Rosin and rolled in “sauce and diamonds”.

In future, we can expect four other products with all branding and marketing handled by Zero. “For so long, cannabis has been trivialised in the media and by the government even though the healing properties of the plant are so vast and powerful,” says Mark Goldwell. “From self-exploration to pain and anxiety reduction, there are just so many possibilities. That’s why Studio is the next logical project for us as an agency. Our hope is by working with Matt and Randy to build brands that give people the best products for their lifestyles. We can play a role in making everyone’s lives better through the power of cannabis.” 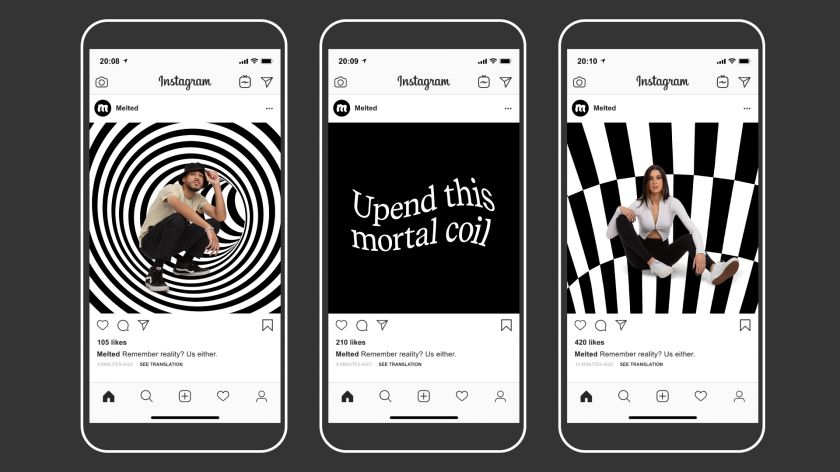