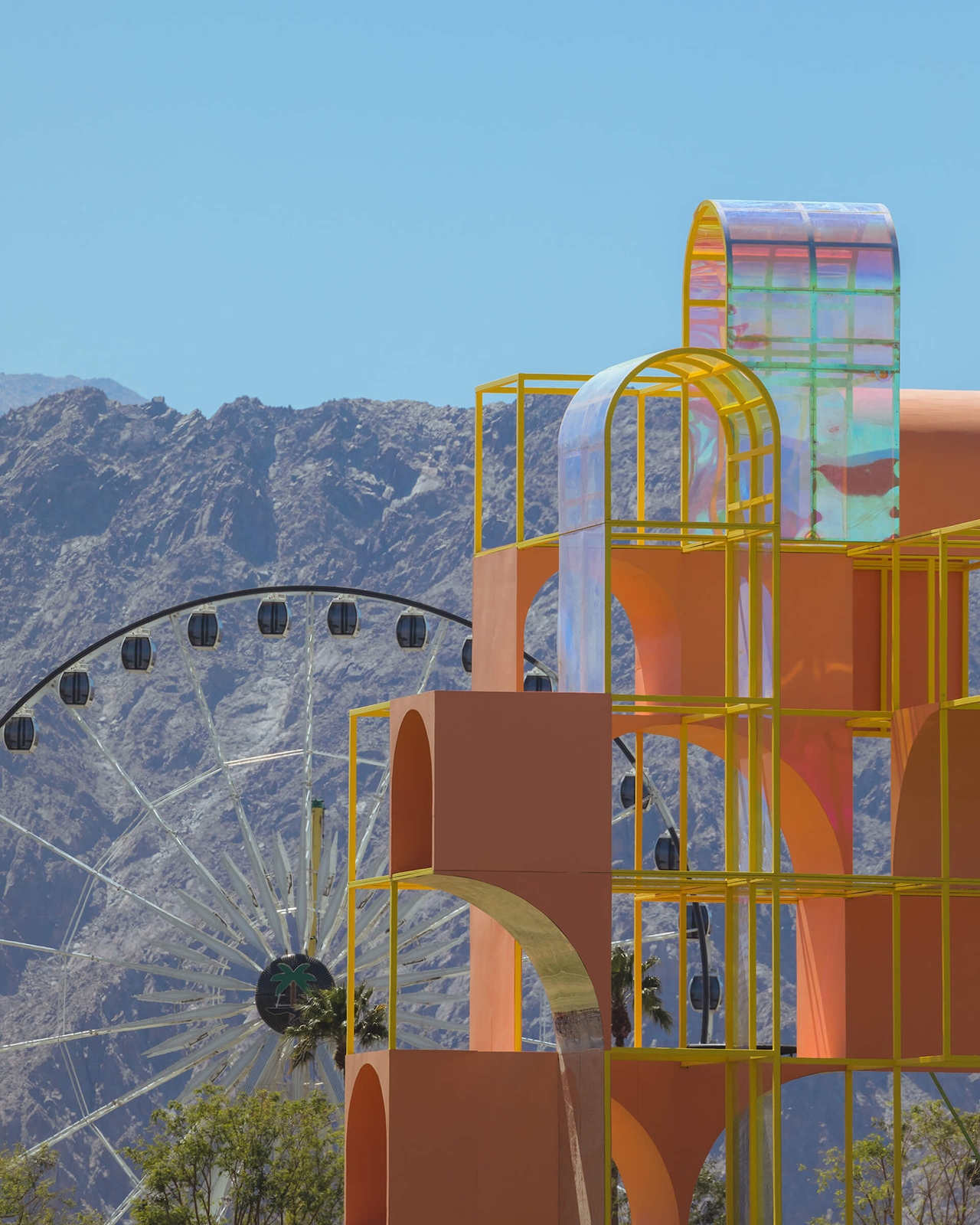 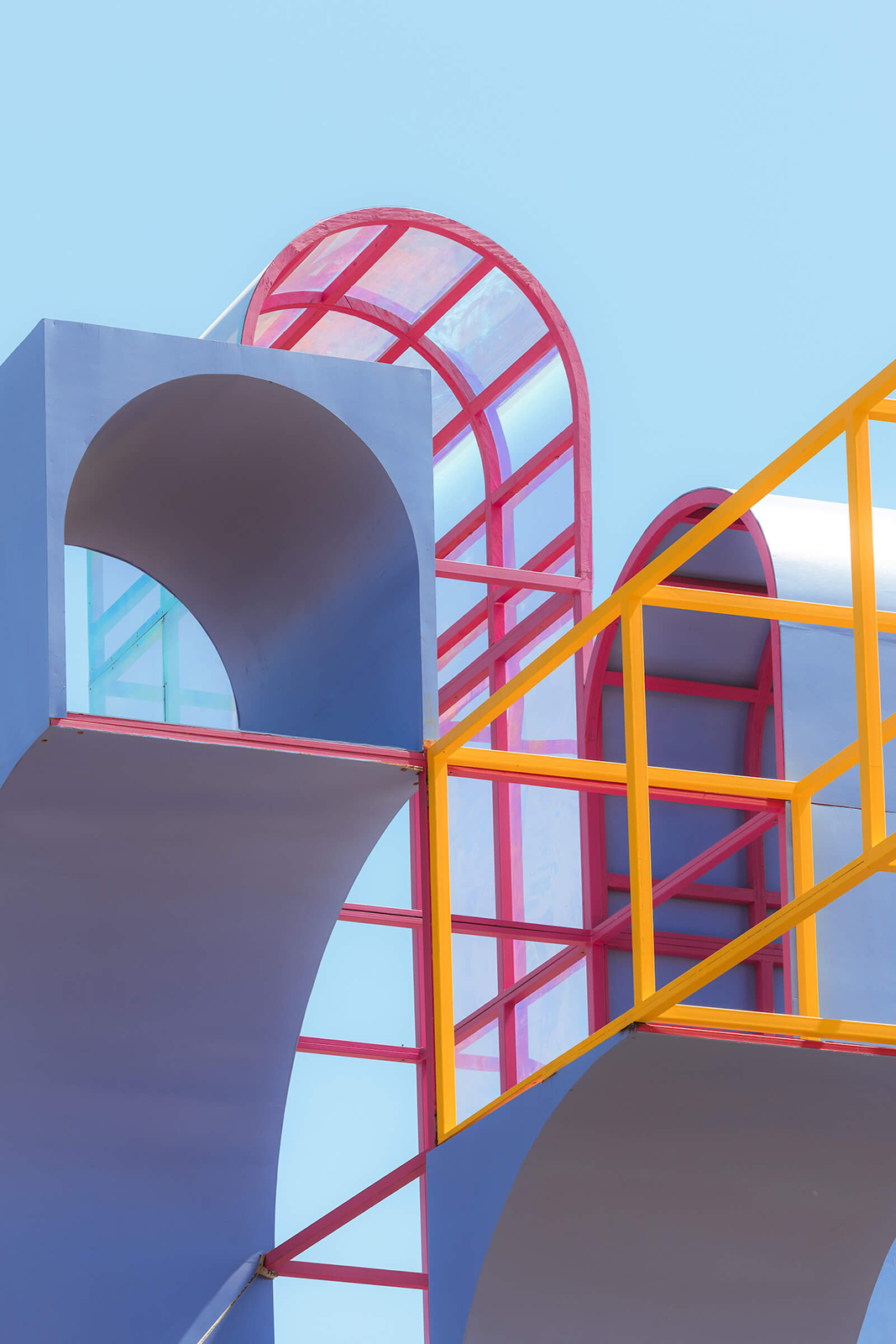 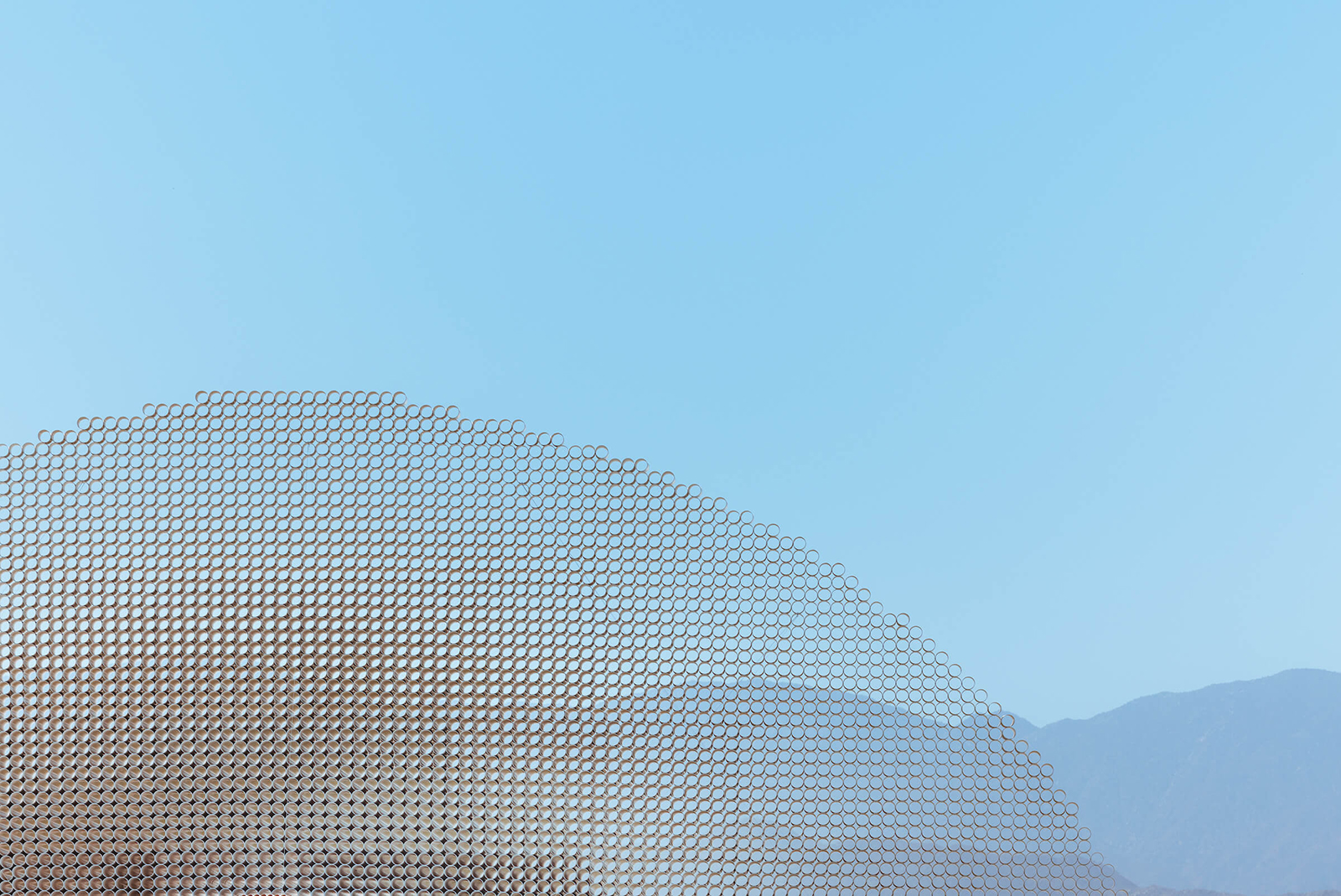 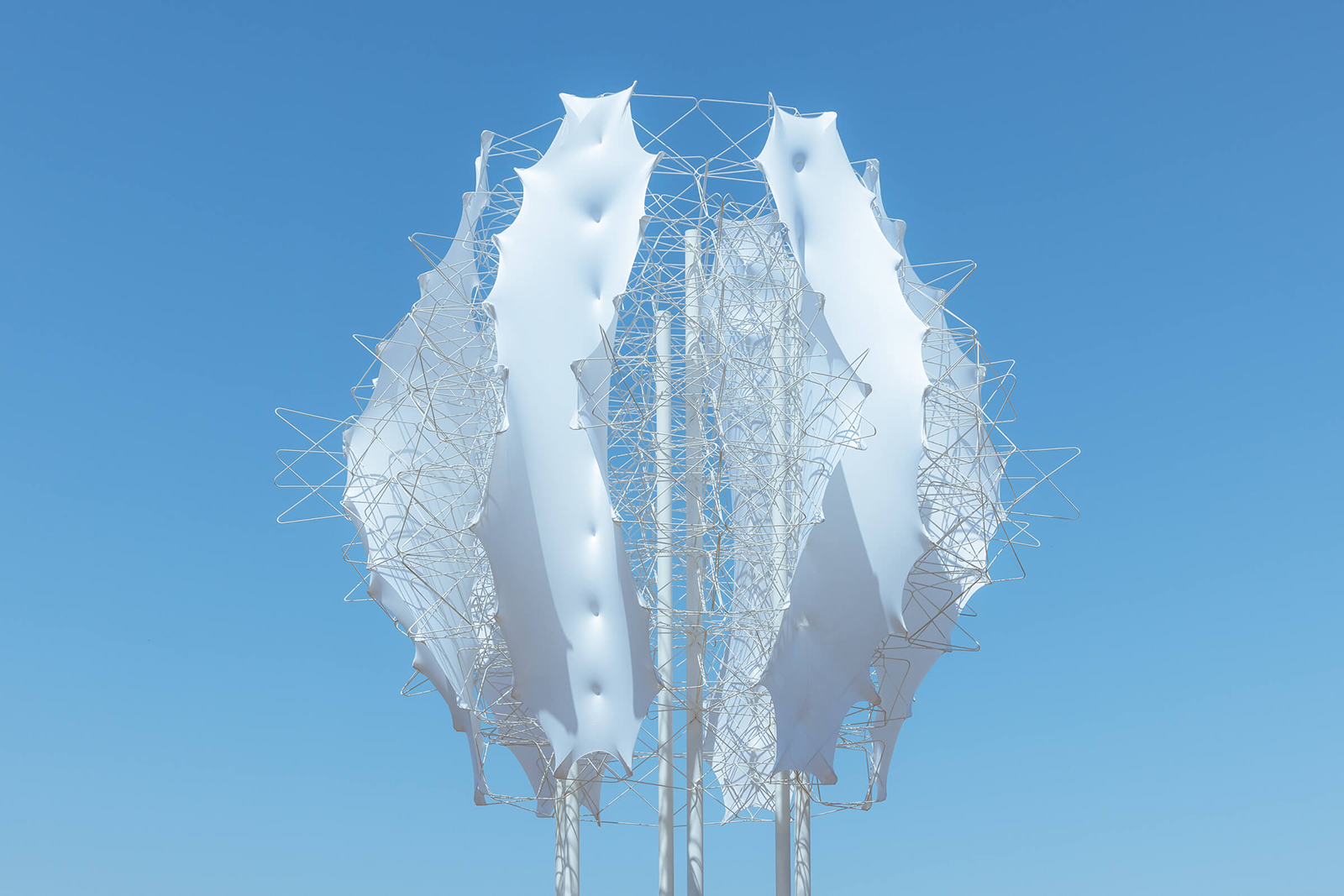 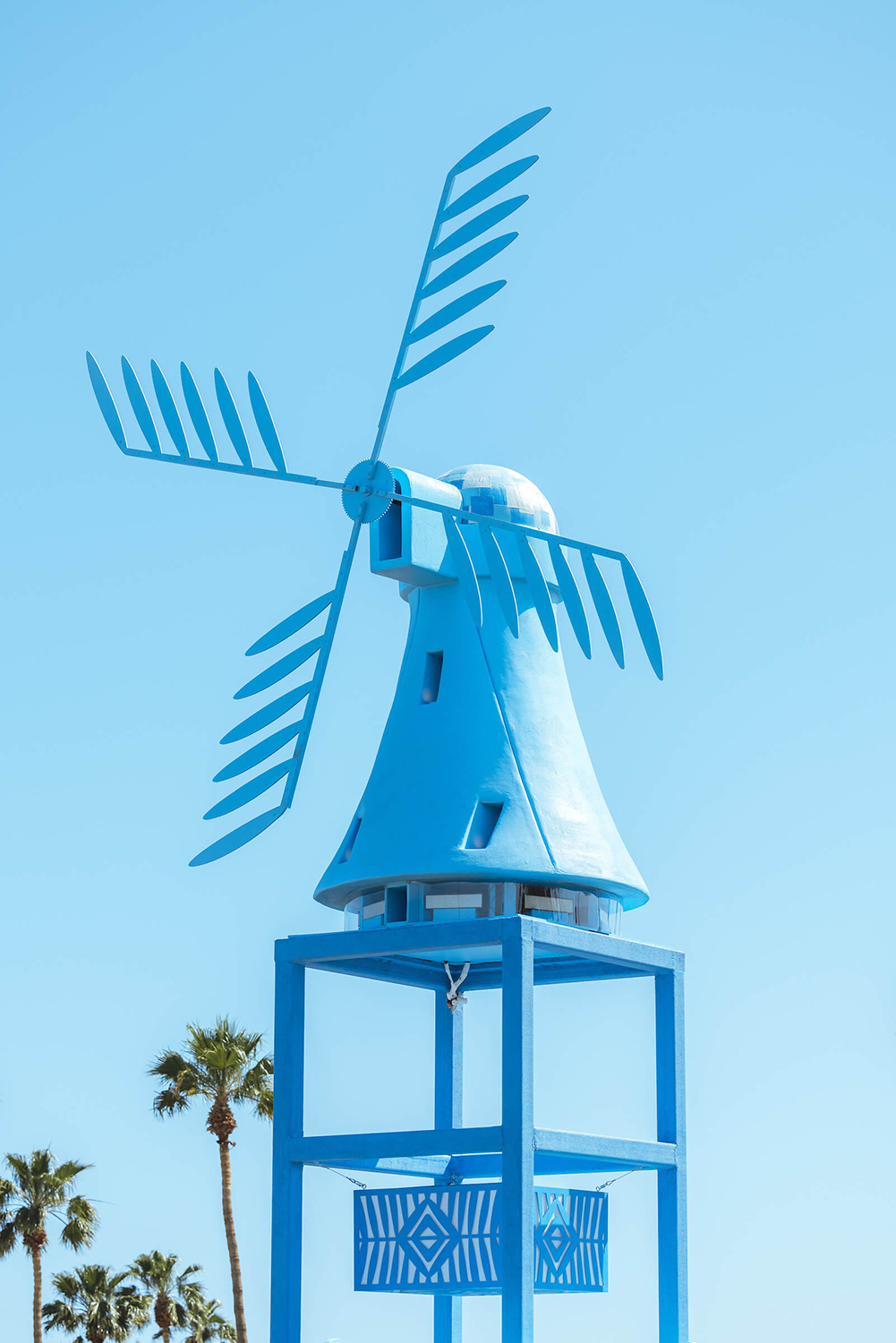 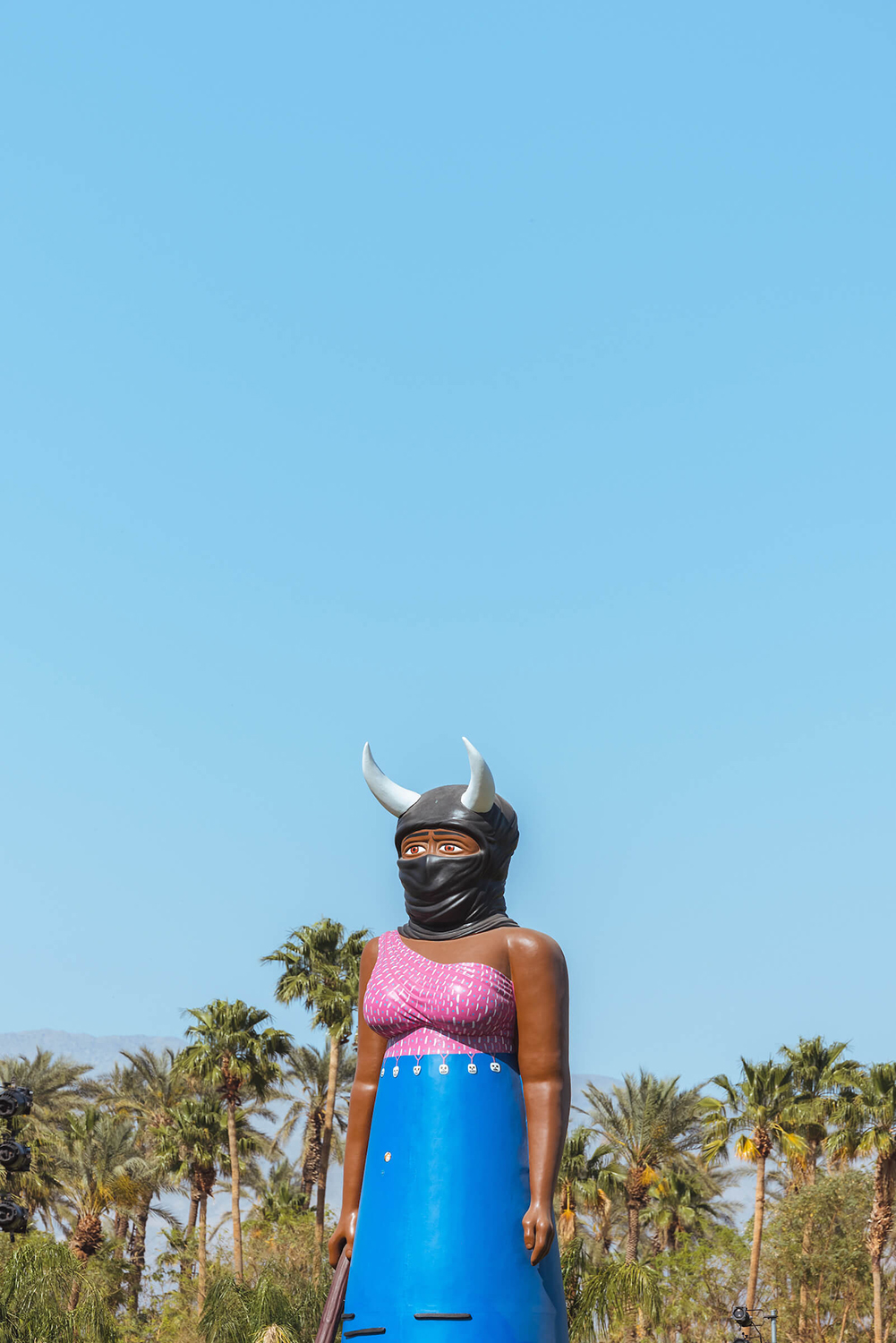 Music festival Coachella is back after a two-year break, and it’s marking the occasion with an artwork lineup that includes a colossal postmodern playground and a pair of floral pooches.

There are 11 installations in total, created by a set of international artists, designers and architects, including Kiki van Eijk and Martin Huberman. Some have shown work at the festival before (i.e. Robert Bose, who’s back with his crowd-pleaser Balloon Chain installation), while others are newcomers to the event.

This year’s artworks pavilions are whimsical in tone, particularly Architensions’ Playground – which is a response to the suburban sprawl of Coachella Valley. Its 60-foot towers are wrapped in dichroic film and mirrored panels, while a ‘public square’ invites people to sit beneath its gridded structure.

Romanian architect Oana Stănescu has created a pair of oversized dogs made from steel frames that are filled with plants and flowers. In contrast, Argentinian architect Martin Huberman has turned 300 reproductions of the iconic Butterfly chair into a cocoon-like pavilion.

LosDos’s La Guardiana watches over all, clad in a horned headdress and a skirt patterned with iconography representing people travelling by train and boat to the Mexico-United States border wall.

While the festival itself is brief, many of these pieces will find permanent homes after Coachella wraps: Francis Keré’s baobab-inspired shelters from the 2019 event are now located in the East Valley of Coachella.

Future Shock: new show at 180 The Strand explores the conflux of the digital and physical worlds

The post Coachella is back with a monumental new art programme appeared first on The Spaces.