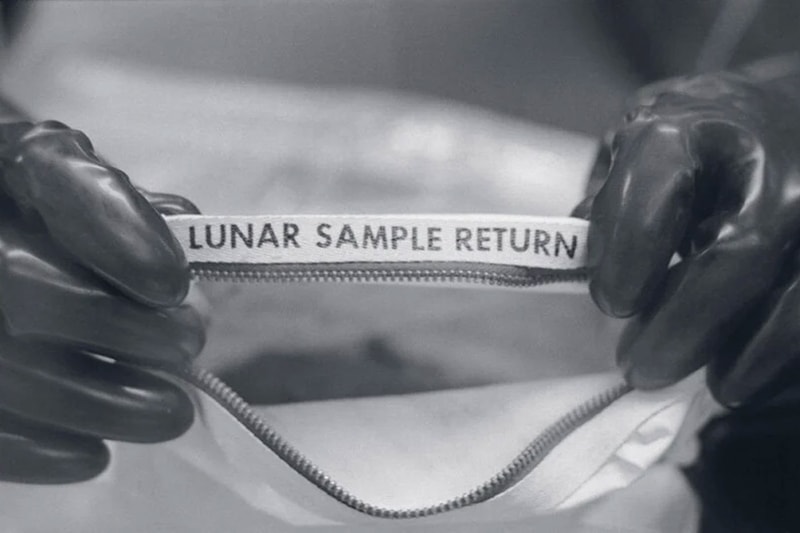 On July 20, 1969, Neil Armstrong descended the stairs of the Apollo 11 lunar module to become the first human to set foot on the surface of the moon to which he uttered the famous quote, “One small step for man. One giant leap for mankind.”

More than five decades later, Bonhams is now auctioning one of the lunar samples taken by Armstrong. “The sale of this specimen marks the first time a part of the Apollo 11 contingency sample, which has been tested and verified, can be (legally) sold at auction,” Bonhams said in a press release. The sample box contains five scanning electron microscope aluminum stubs, each topped with 10mm-carbon tape containing moon dust taken from the Apollo 11 mission.

It’s reported that the bag was lost by NASA, before appearing in the personal collection of a past curator, who later faced charges for selling museum property. The bag and its contents were confiscated and changed hands multiple times before being verified for the present auction.

Other lots in the auction include photographs captured during the Apollo 11 mission, fragments and labels taken from the first artificial Earth satellite Sputnik 1, and a “giant-sized” map of the Moon signed by 15 Apollo mission Astronauts including Neil Armstrong, Buzz Aldrin, Michael Collins, and Richard Nixon.

Elsewhere, Jeff Koons will launch his sculptures to the surface of the moon.

When Is Mold Remediation Required? Here’s A Guide from Professional

Kollectiff is Taking on the Metaverse One Metahelmet At a Time