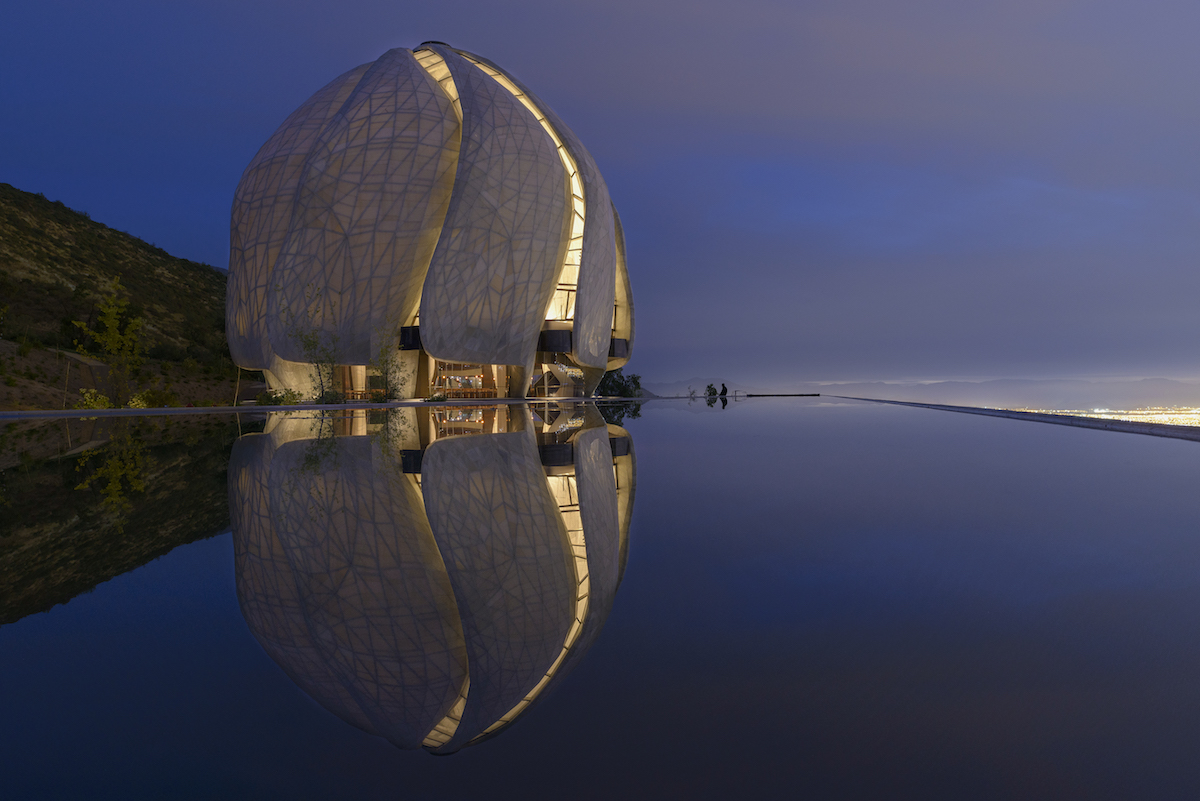 Hariri Pontarini Architects has won a prestigious international award for the Bahá’í Temple of South America. The American Institute of Architects (AIA) bestowed the project with its highest tribute – the Honor Award for International Architecture – at the AIA International Region Design Awards.

This AIA program celebrates the importance of architecture and the role of architects to design for people and planet, towards a future of health, inclusivity and stewardship.

“The International Award from the AIA is indeed a privilege for which I am grateful and I share the distinction with many collaborators in our pursuit to create a unique and timeless structure with universal appeal,” said Siamak Hariri, founding partner of Hariri Pontarini Architects.

Perched above Santiago, Chile with the Andes Mountains as backdrop, this captivating temple is composed of nine gracefully torqued wings that are bound to a central oculus, creating a space that is both monumental and intimate. With an interior of translucent Portuguese marble and an exterior of cast-glass panels, the building is a beacon of embodied light that transforms the space throughout the day and casts an outward glow at night.

Since opening in the fall of 2016, close to two million people have visited the temple, which now holds an important place within the Chilean social landscape and is recognized as a landmark destination. “Drawing people from all walks of life, the temple’s impact has extended further than we could have imagined,” said Hariri.

“Bahá’í Houses of Worship are places of prayer and meditation open to all, and the Temple of South America in Chile is a luminous embodiment of Bahá’u’lláh’s description of a Bahá’í Temple as a “dawning place of the mention of God,” Karen McKye, Secretary-General, National Spiritual Assembly of the Bahá’ís of Canada.

The Bahá’í Temple of South America is the recipient of the Governor General’s Medal for Architecture (2019), the Royal Architectural Institute of Canada (RAIC) International Prize (2019), and the American Architecture Prize Architectural Design (2017), among other recognition.