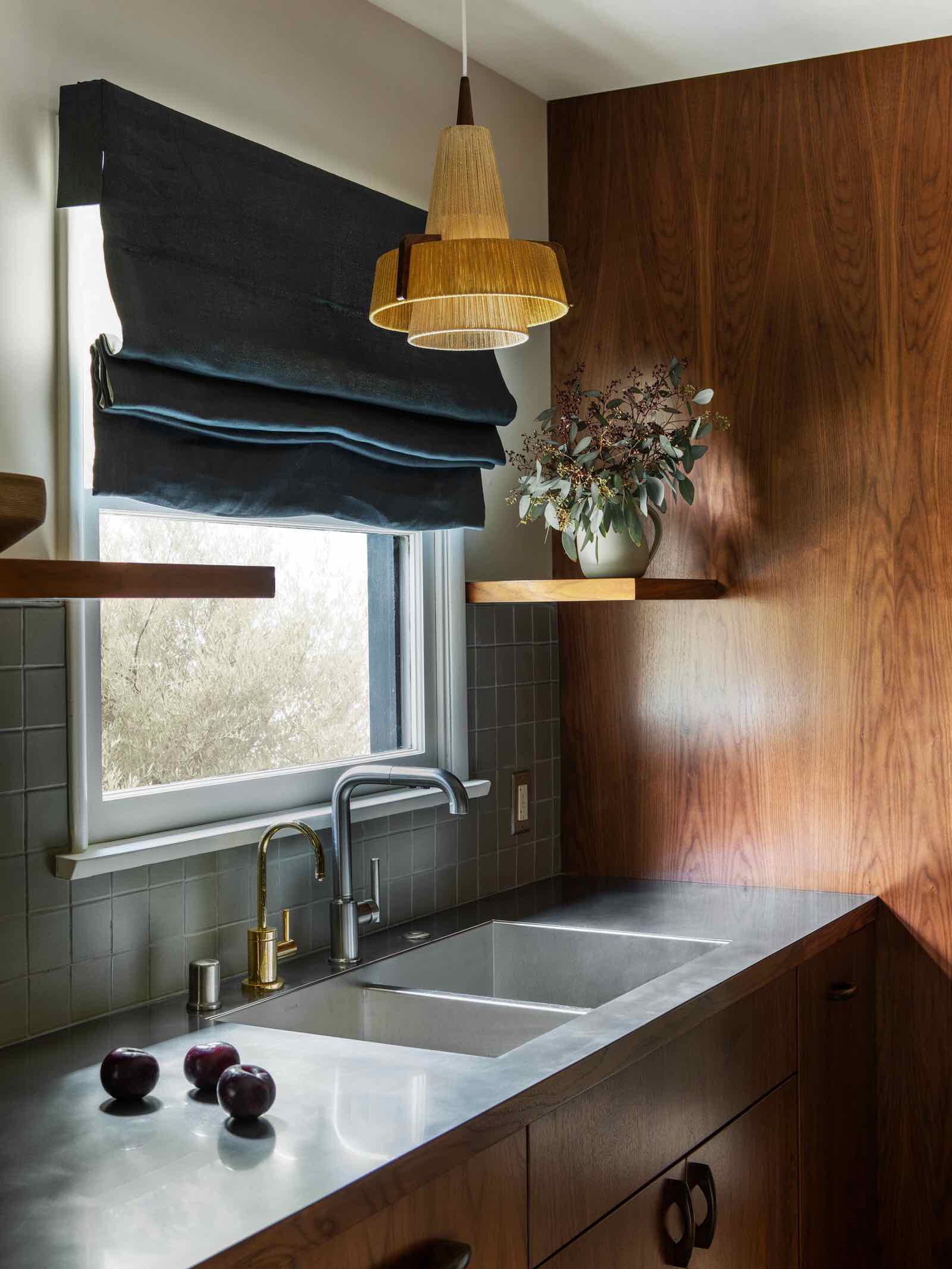 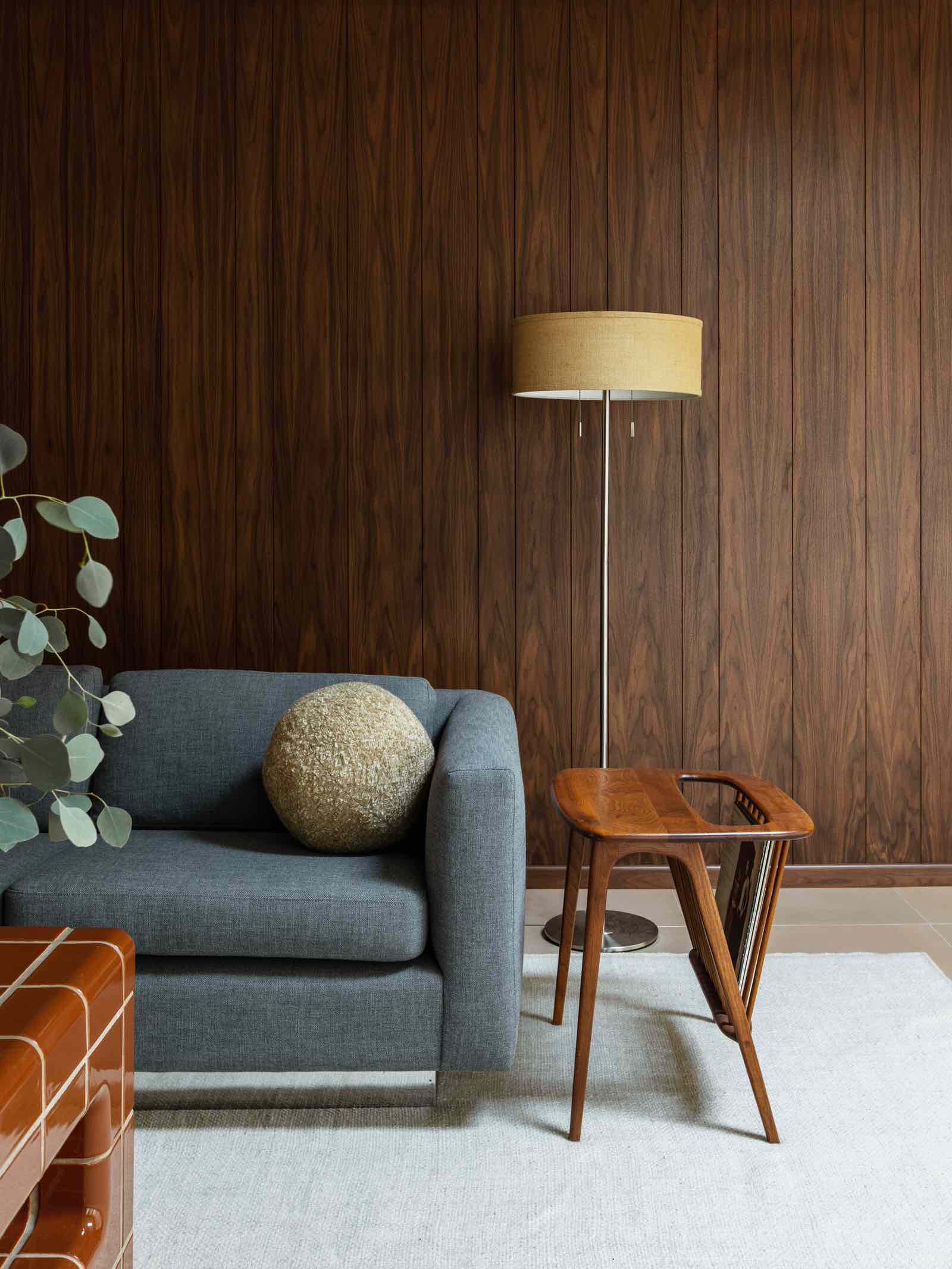 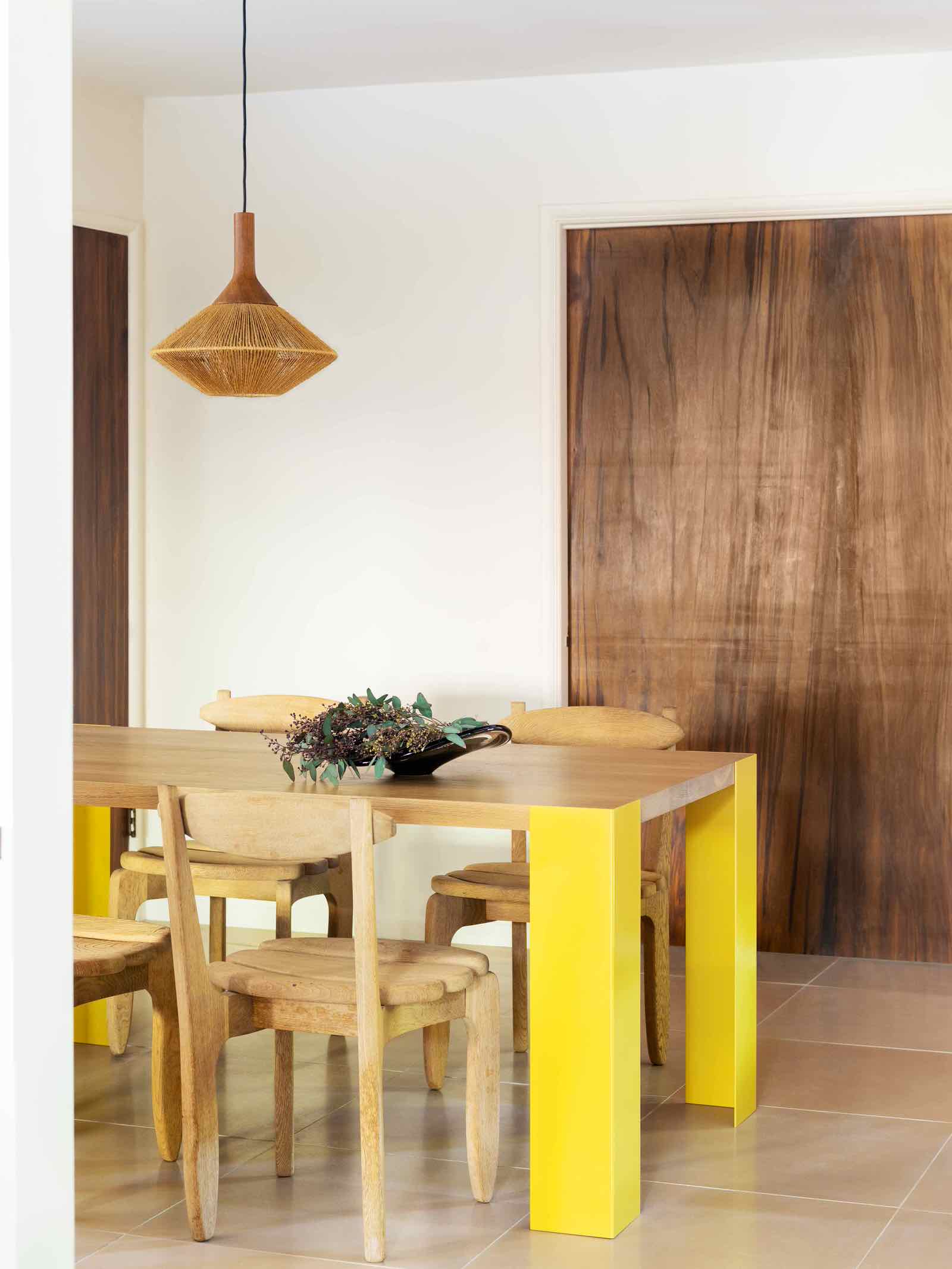 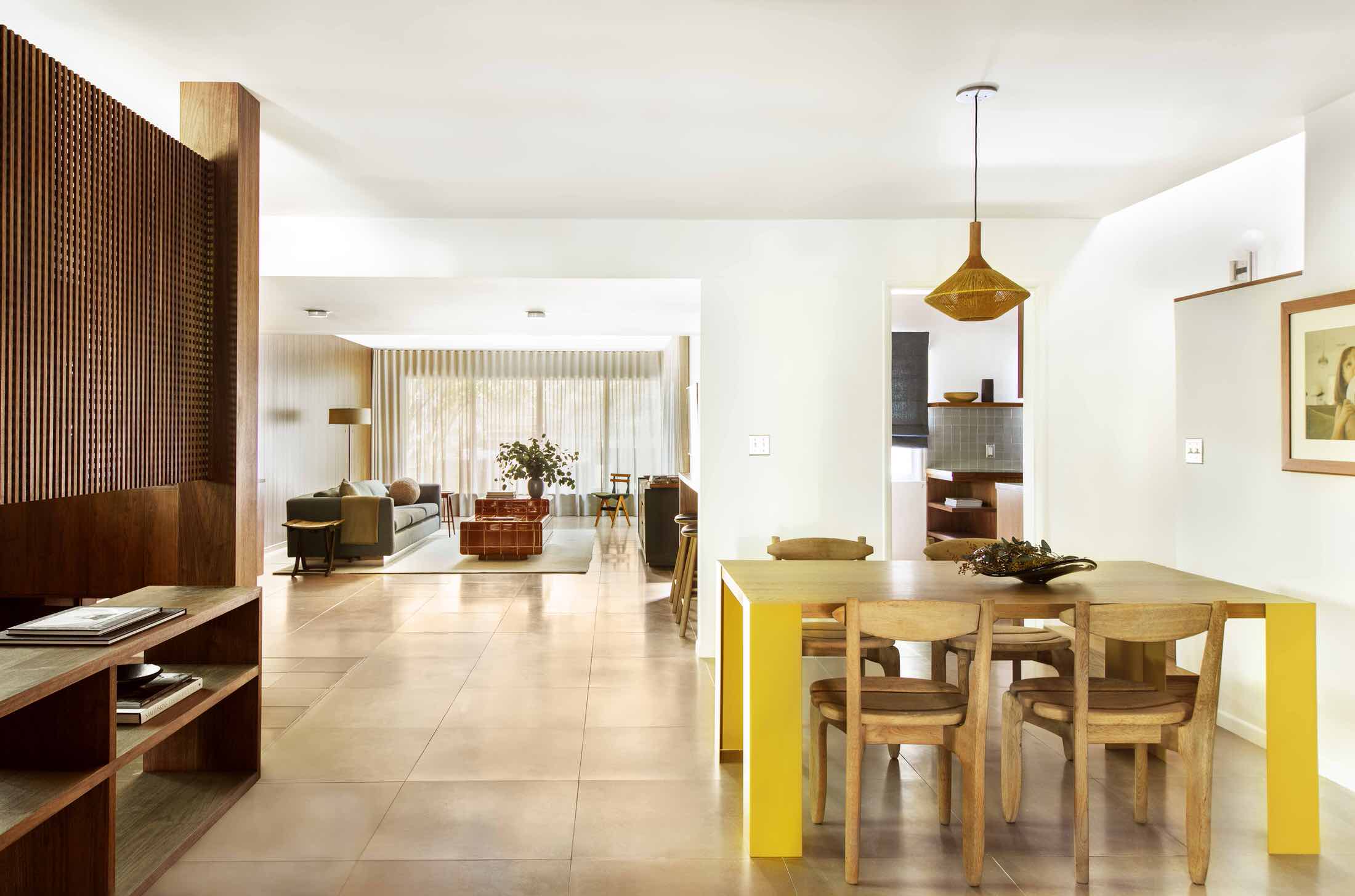 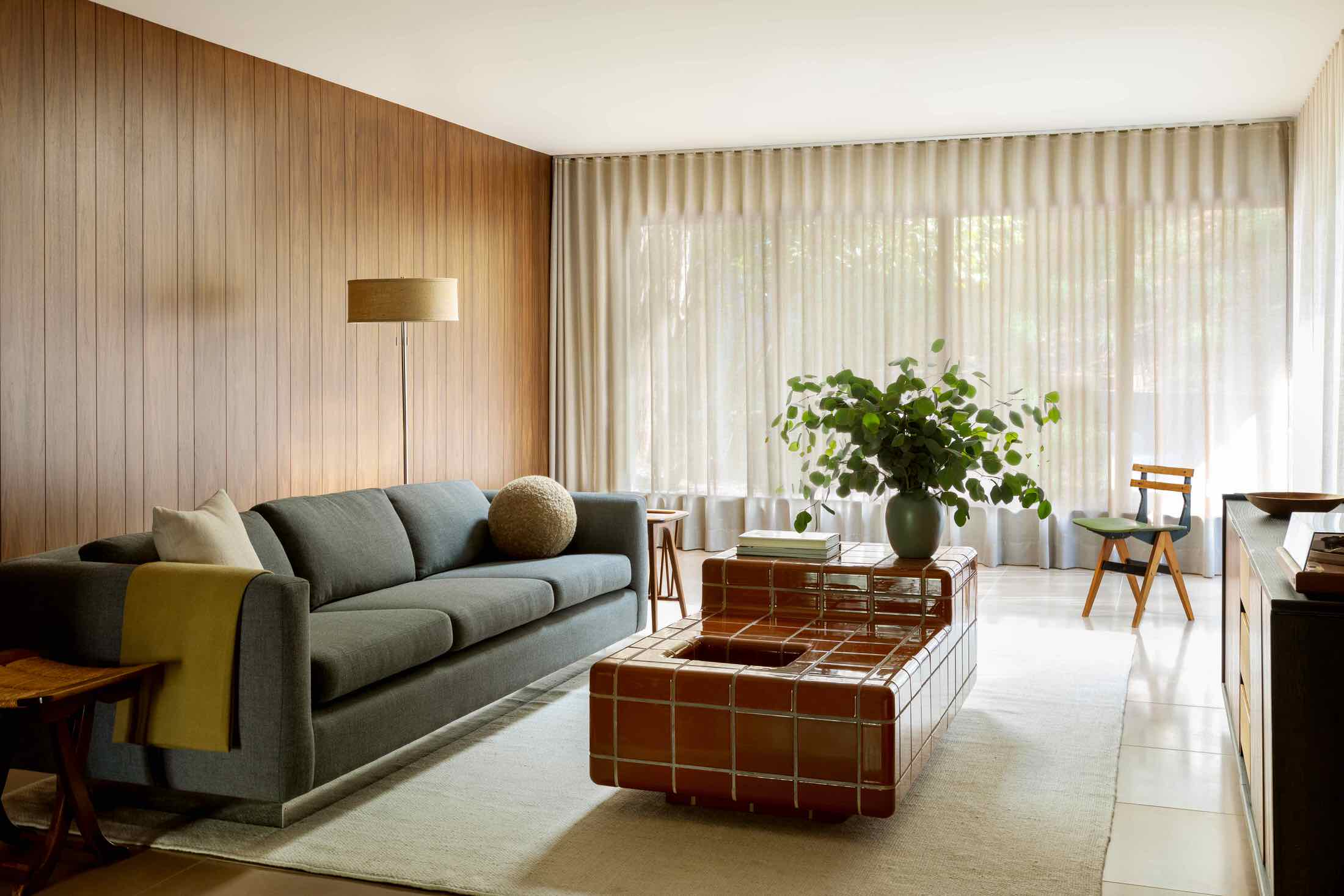 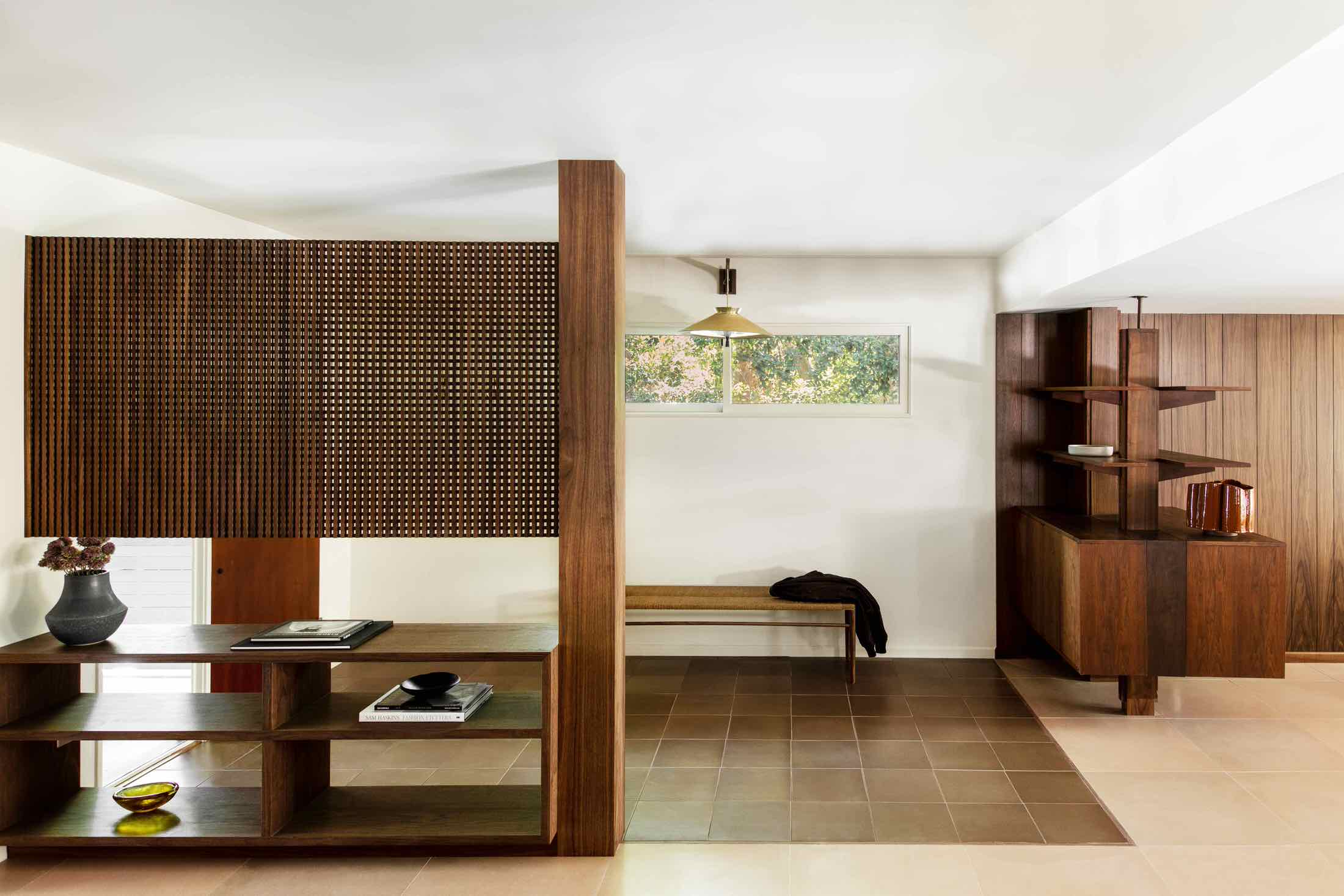 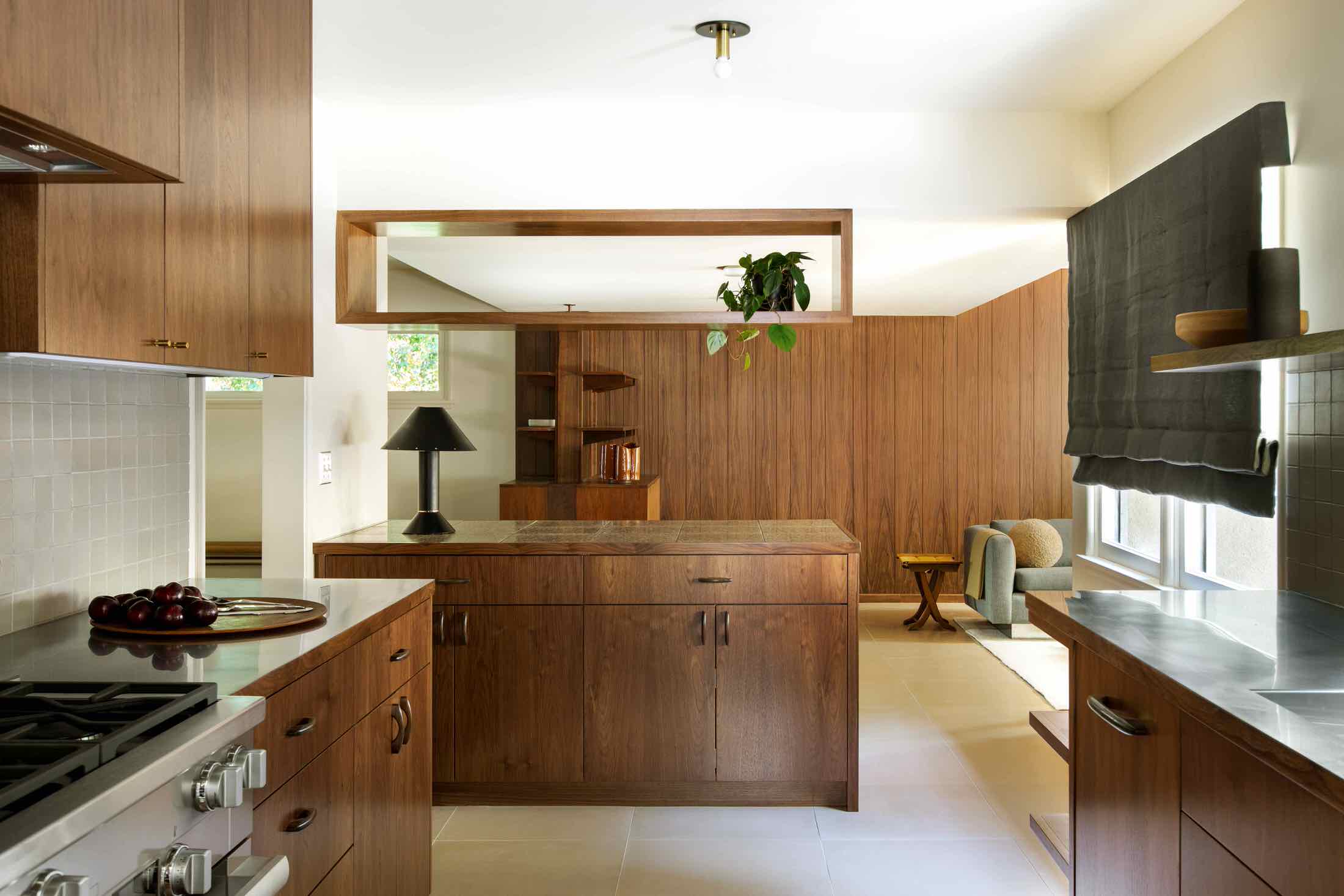 When Arctic Monkeys drummer Matt Helders purchased this 1950s house in Los Angeles, it was nothing like the home he had dreamed up in his head. The mid-century architectural hallmarks were charming. The natural light, not so much. And so, to help achieve his vision—and some extra sunlight—Matt roped in Los Angeles-based interior designer Corinne Mathern (who subcontracted the project to Landmark Building), known for her balanced, collected aesthetic.

For a property that would swing between studio and home, it had to be low-maintenance, light-filled and dappled with colour. And so it is. “He was focused on retaining the house’s original character, while adding elements inspired by the films of Jacques Tati and Michelangelo Antonioni, the light in William Eggleston’s photography, as well as Jean Prouve’s furniture,” Corinne recalls. Combined with her own influences—the architecture of Corbusier, Schindler, Neutra and Lautner, the shapes and colours of Jean Prouve and Joan Miro, and palettes from Galerie 54—the home was reincarnated as an airy, luminous haven.

Walnut wood floats over the home like a weightless cloud, discrete but distinctive. For the entrance, Corinne worked with Los Angeles-based design-build firm PSS Design Cult to come up with a bespoke, modernist-inspired walnut screen to separate the foyer from the rest of the house. A woven rush bench by Mel Smilow was added in as a cosy perch. 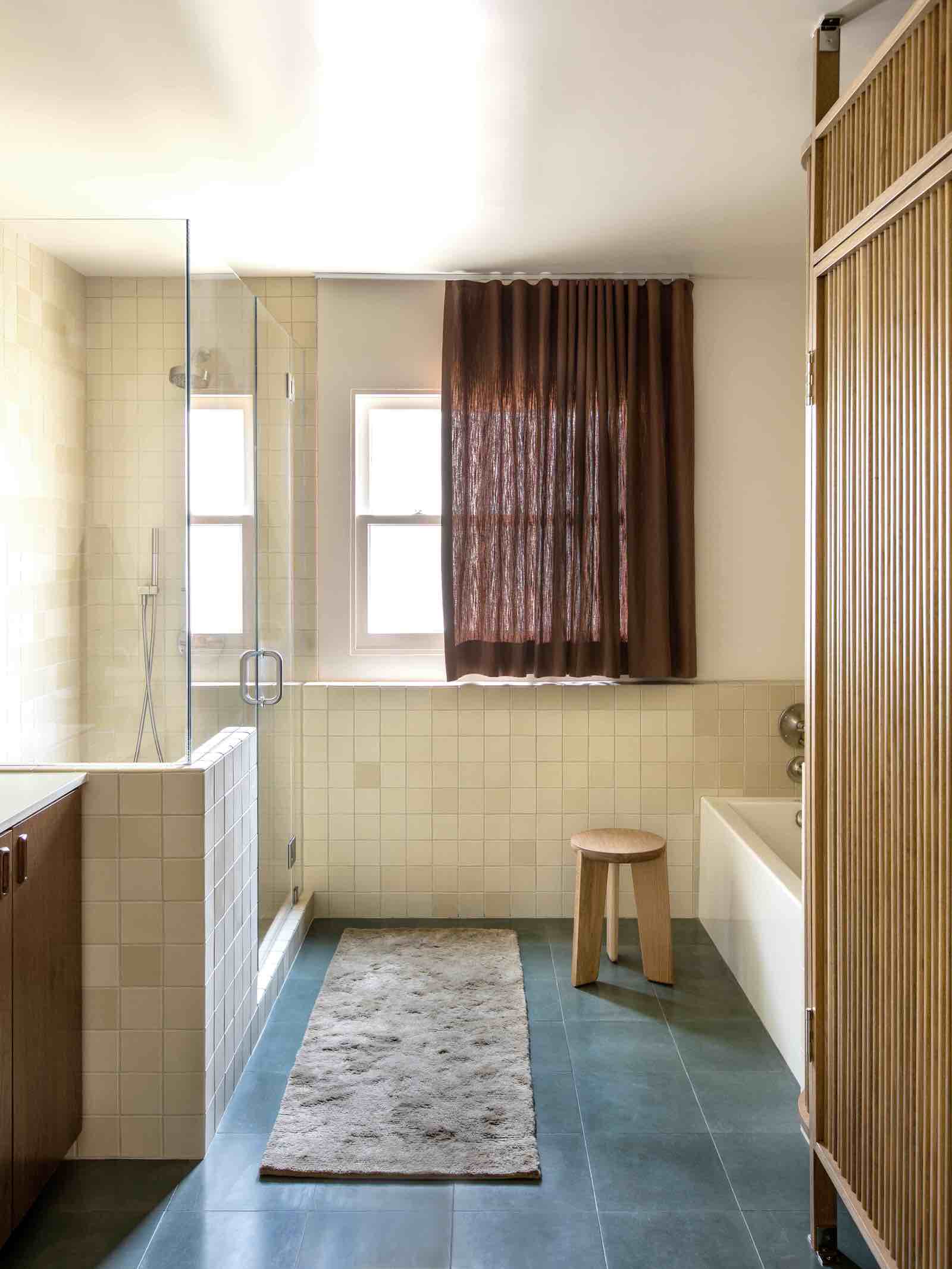 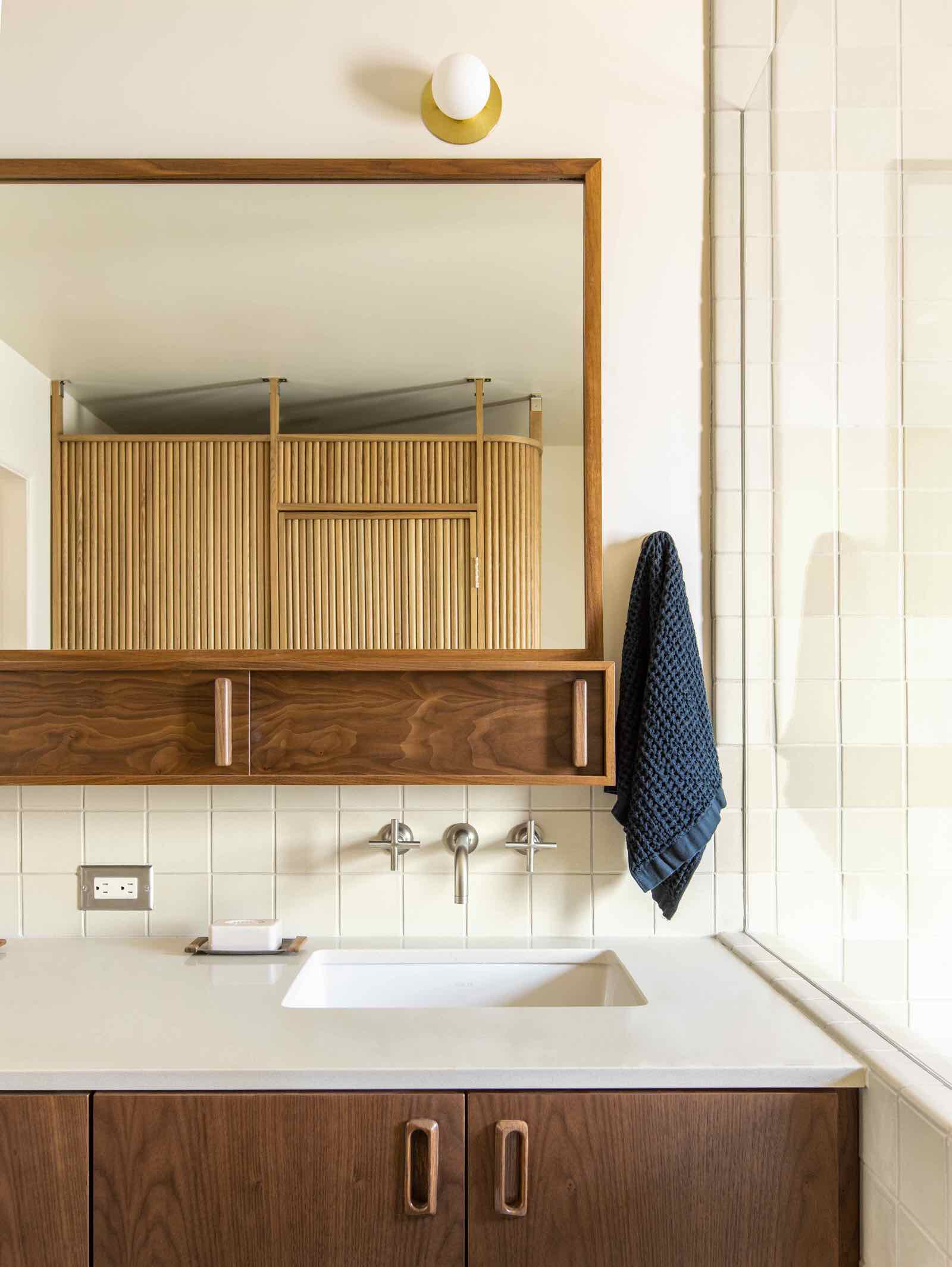 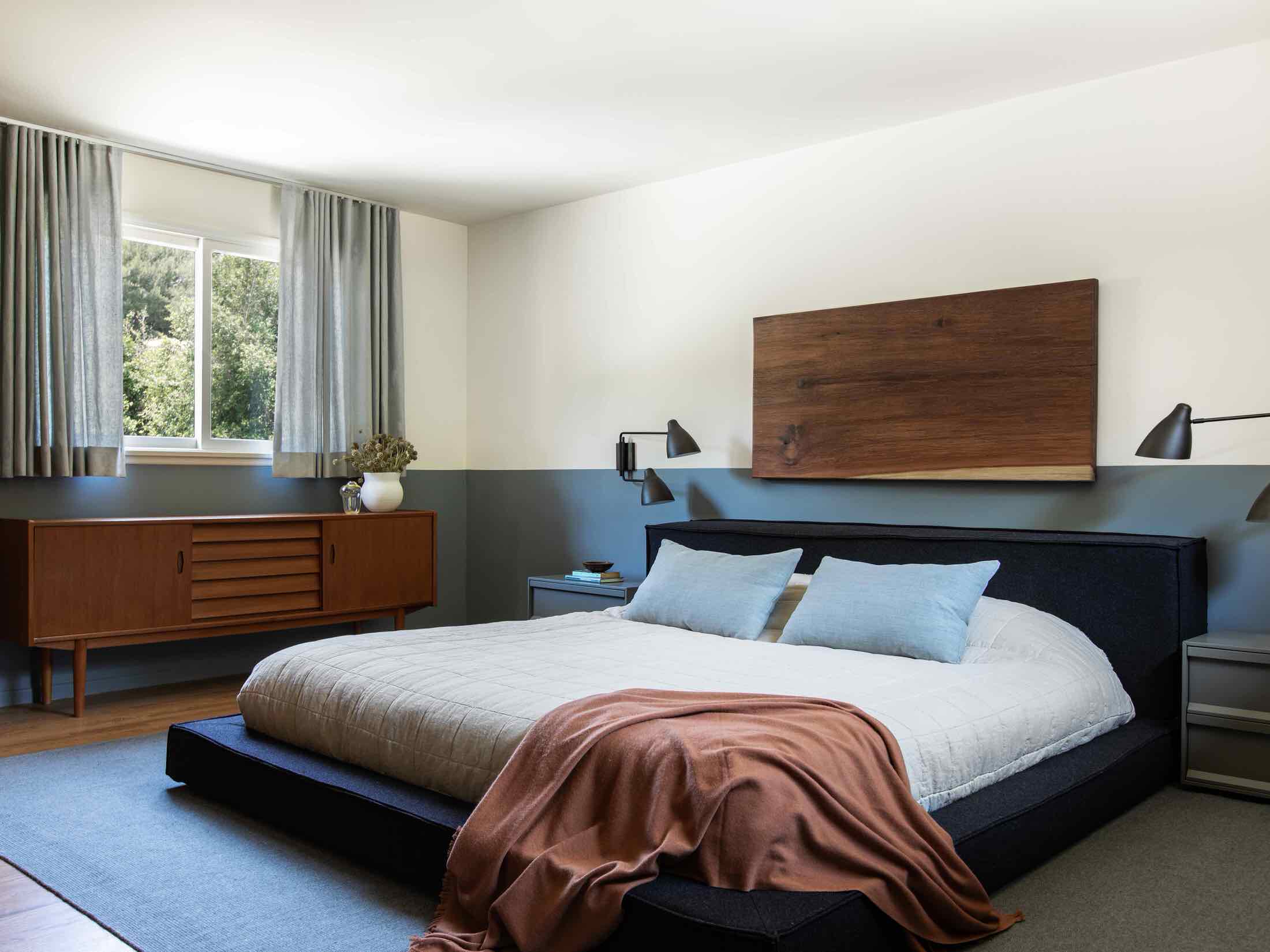 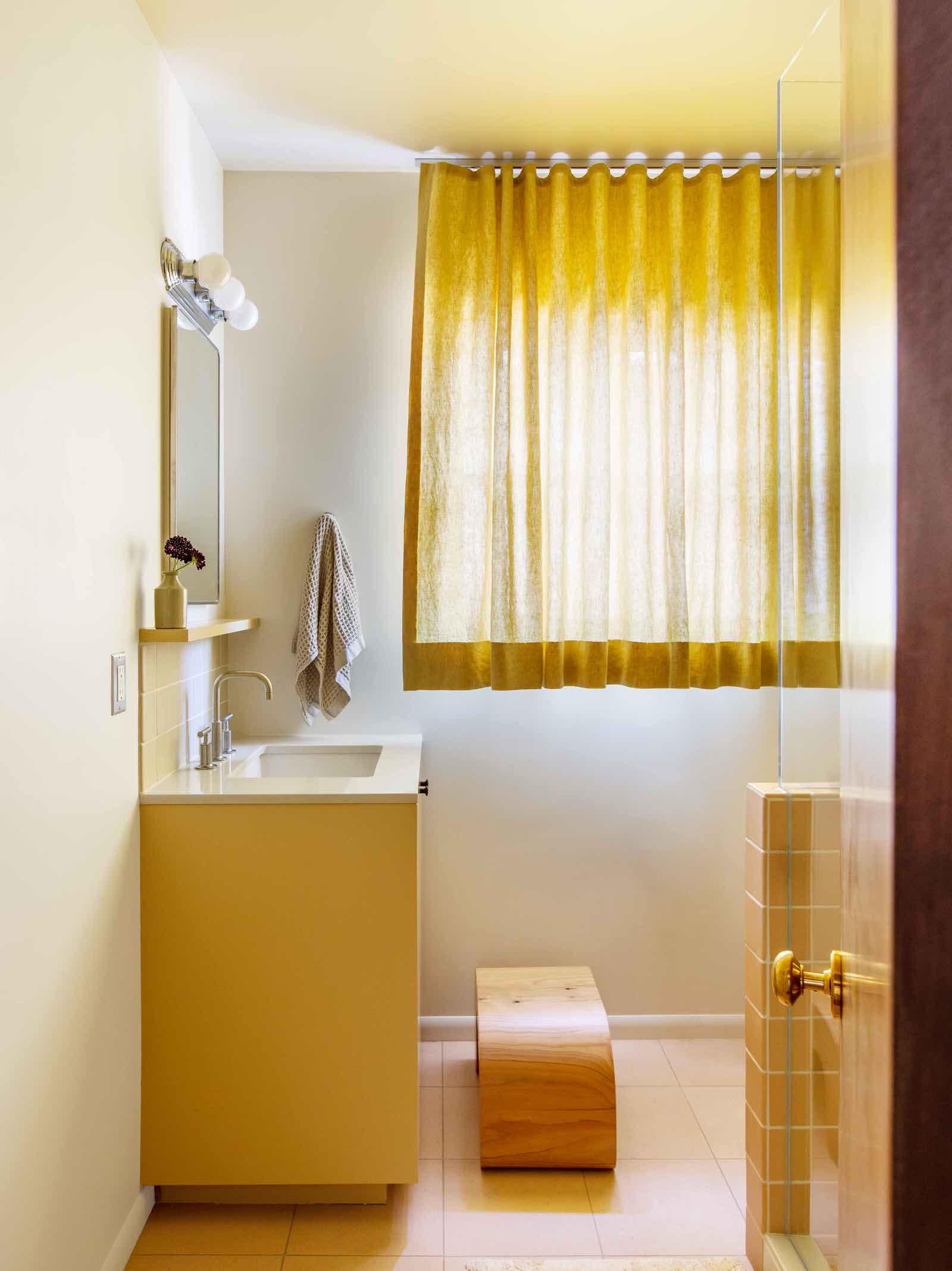 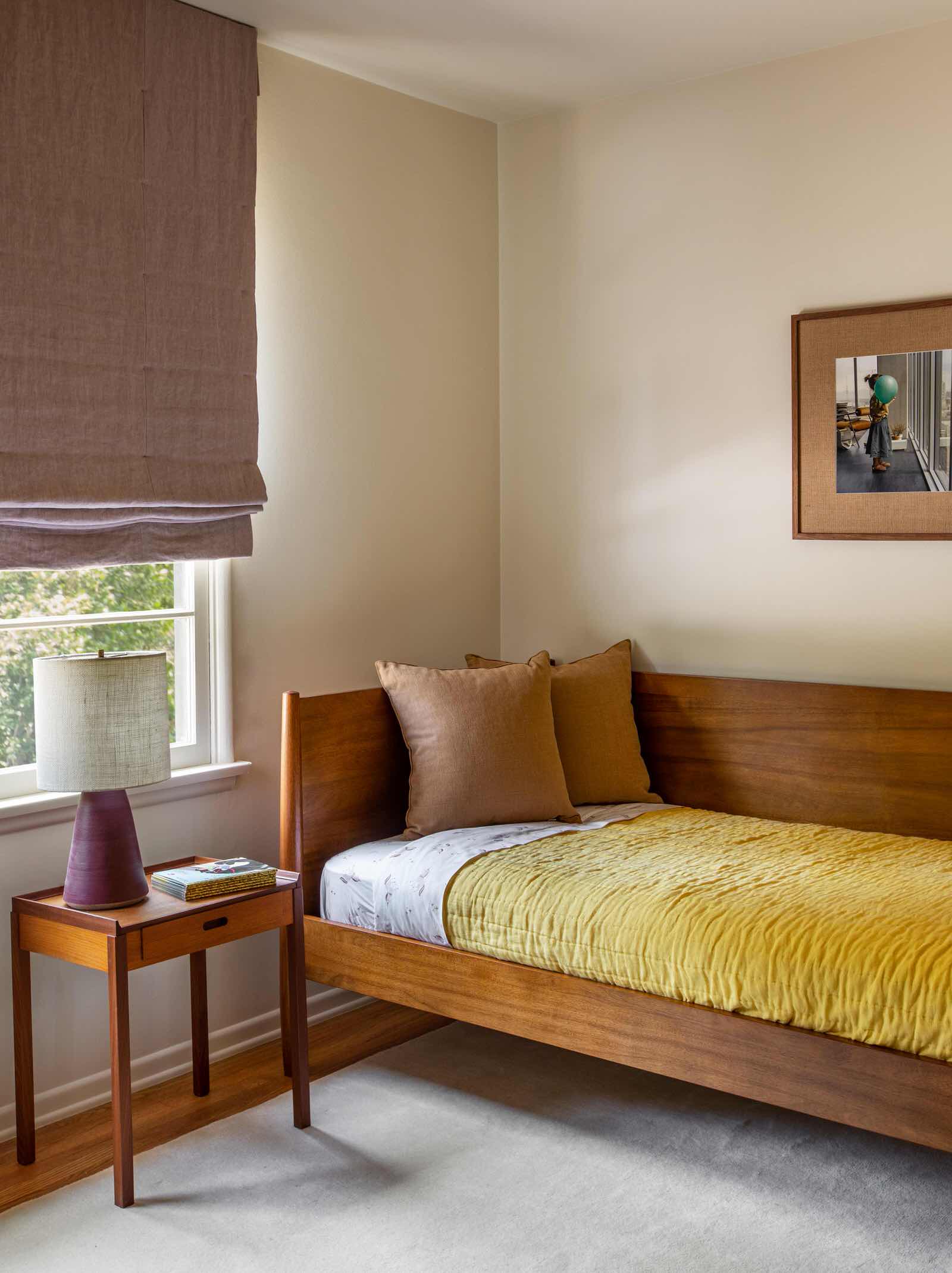 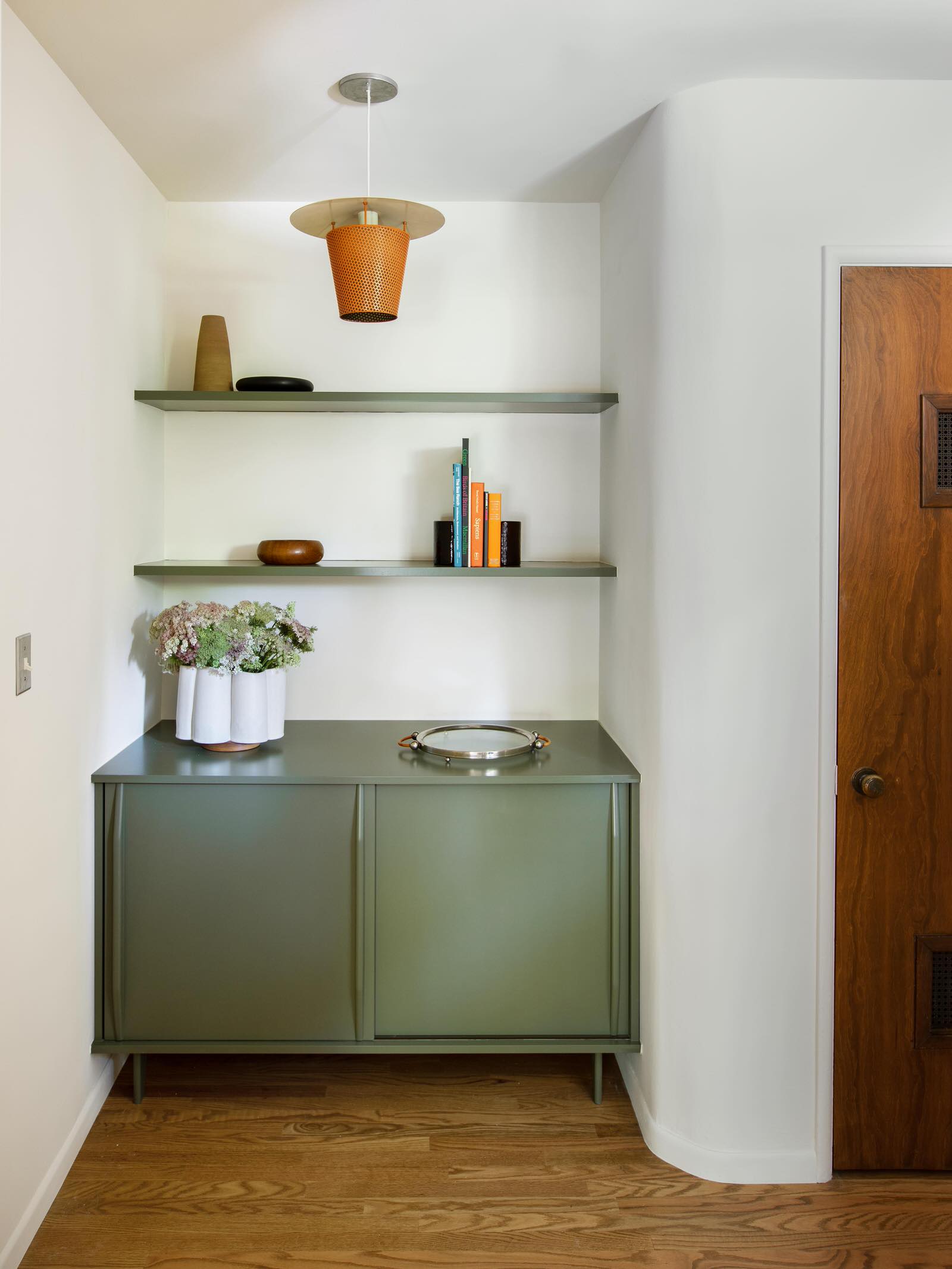 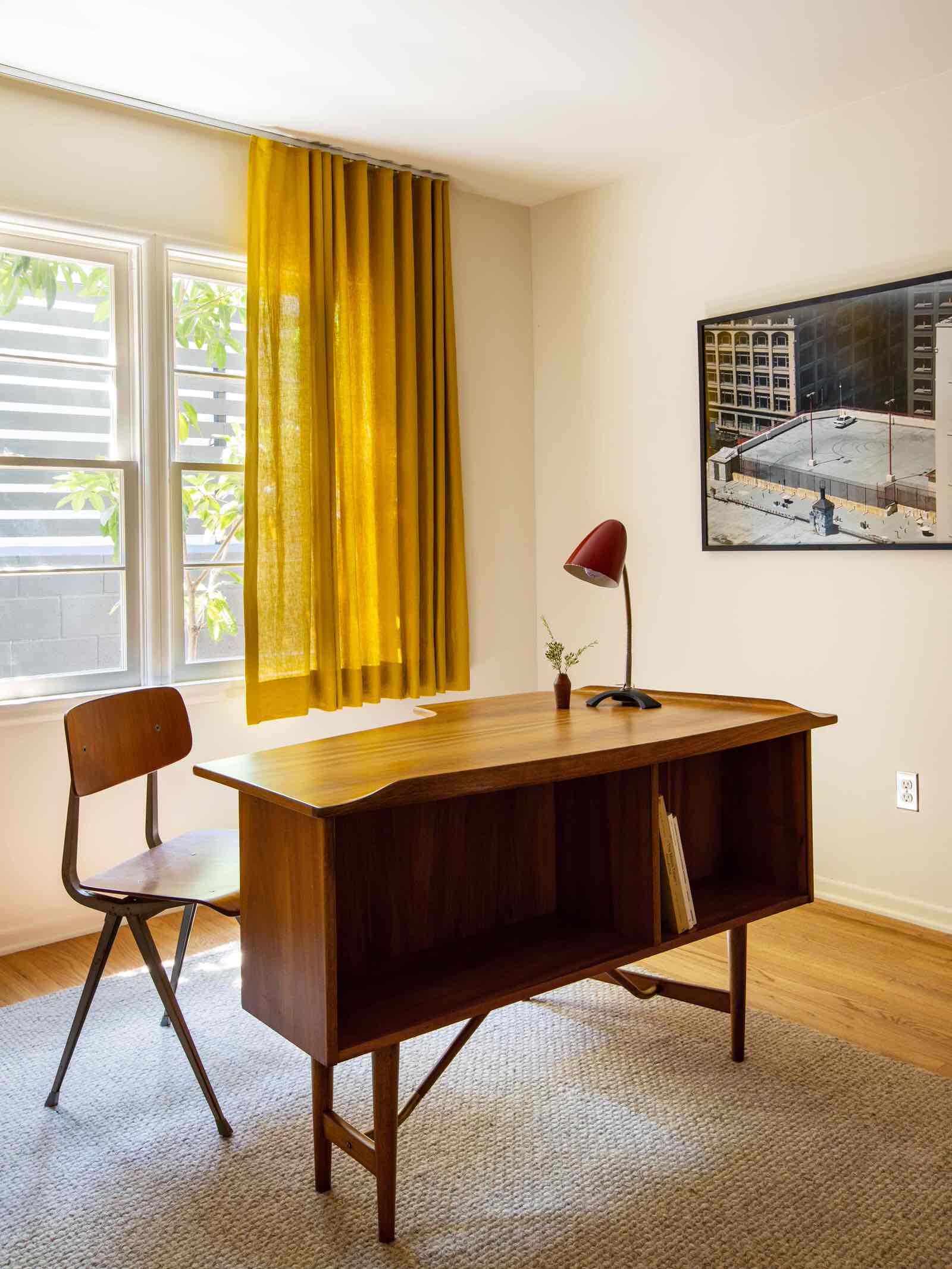 She then extended the look to the kitchen, with custom steel countertops by PSS Design Cult and vintage cabinets from Liz’s Antique Hardware. Along with mood lighting by Atelier de Troup, drapery from Pierre Frey, terrazzo peninsula and ceramic tiles respectively sourced from Cle Tiles and Heath Ceramic Tiles, and stools by Summer Studio, she dressed the kitchen in a warm, homely look to match the meals made inside.

The home brims with statement-making elements. Like the tailor-made coffee table in the living room, ingeniously composed of D-Tiles, a chair from Counter Space, and the refurbished chrome and linen sofa from Midcentury LA. There are softer elements too, such as the dreamy drapery wall by Designs of the Time. It’s no wonder then that the house has been dubbed a ‘1950s time capsule’. “I balanced chrome metals and honed concrete with custom walnut panelling for warmth. The colours have a chalky filter to them, so they look like they could have belonged to the house in 1952,” says Corinne.

Across the home, vintage and voguish flourishes deliver an eclectic visual cocktail. The yellow-powder-coated, metal-and-fumed-oak dining table, created in partnership with PSS Design Cult, doffs its hat to a Jean Prouvé design, while raw oak chairs by Robert Guillerme and Jacques Chambron, from Objet Vagabond, France, cut a down-to-earth presence. The home office is no less, with a Friso Kramer chair and a Peter Løvig desk taking you back to the ’60s. And then, there’s the bar, which channels a ’70s vibe, thanks to Bruno Rey stools, handpicked by Corinne from a local gallery. 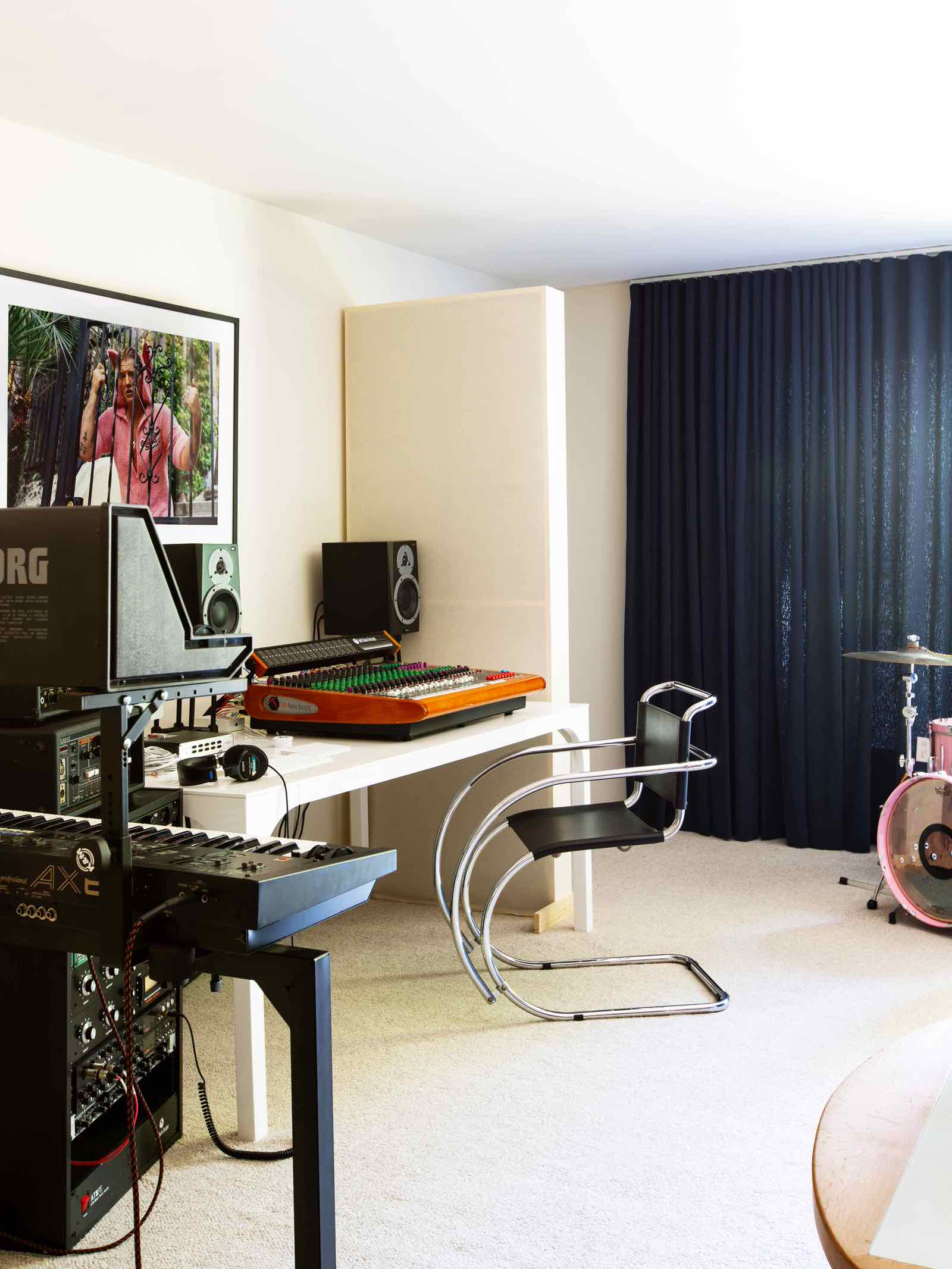 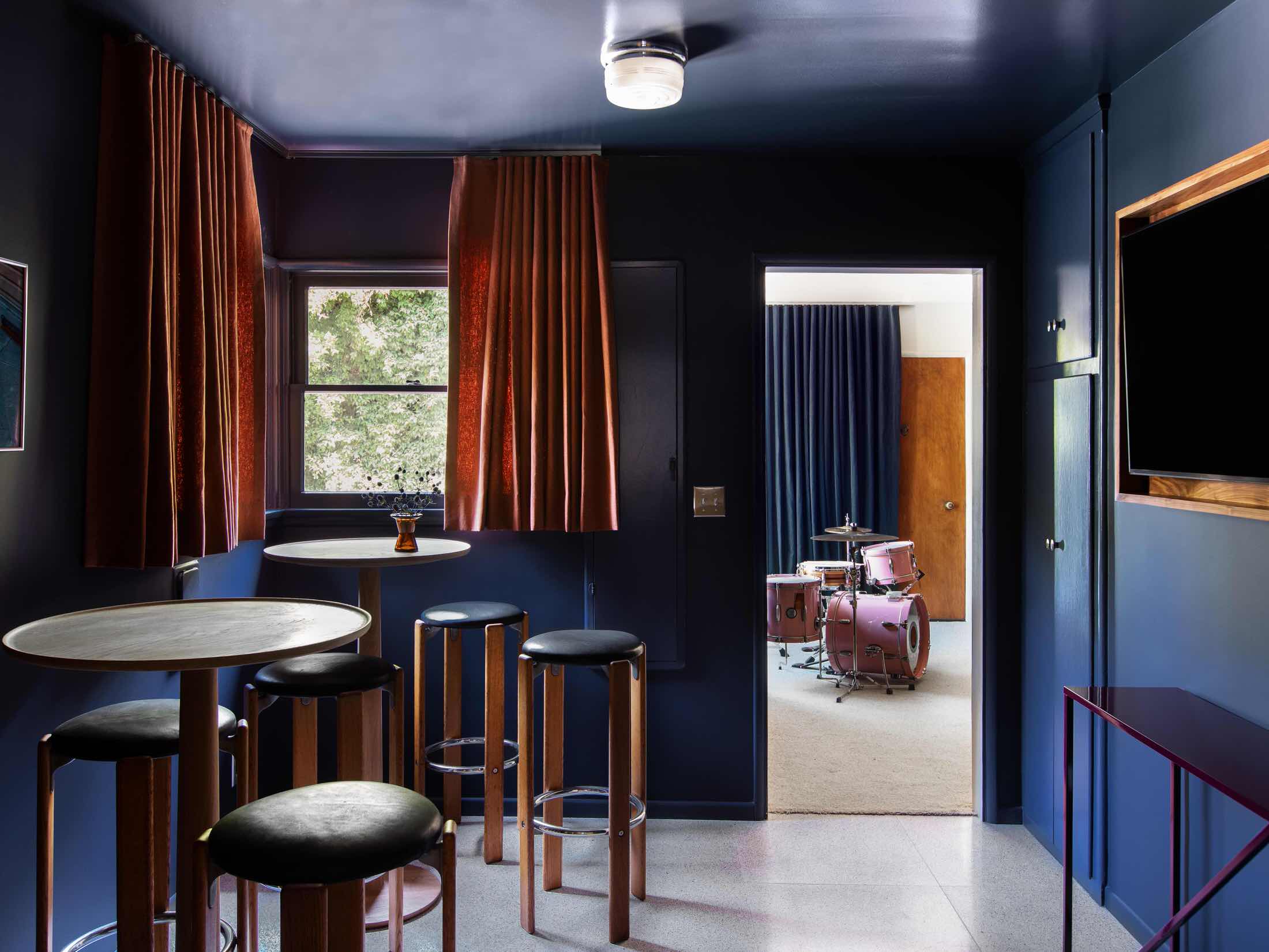 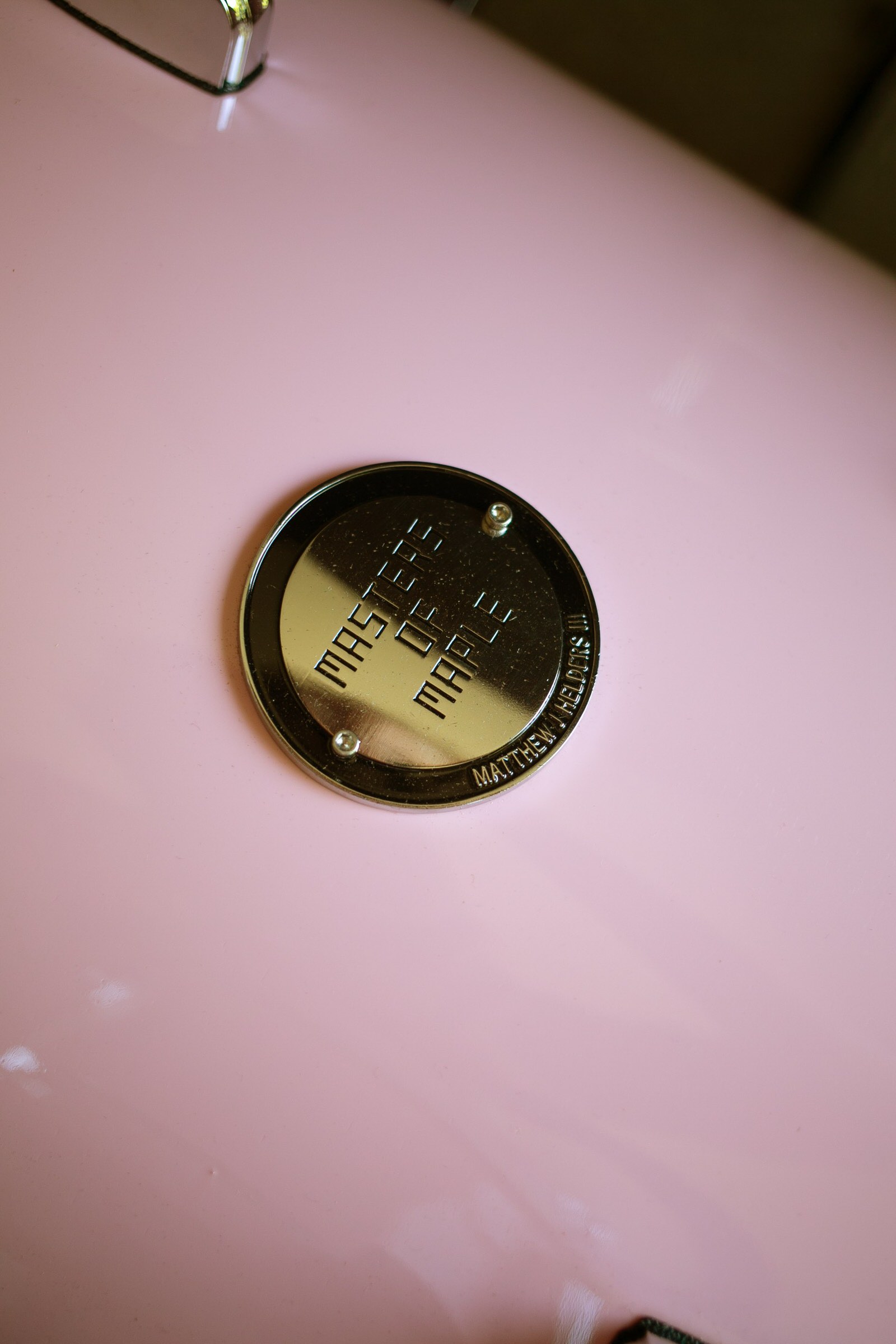 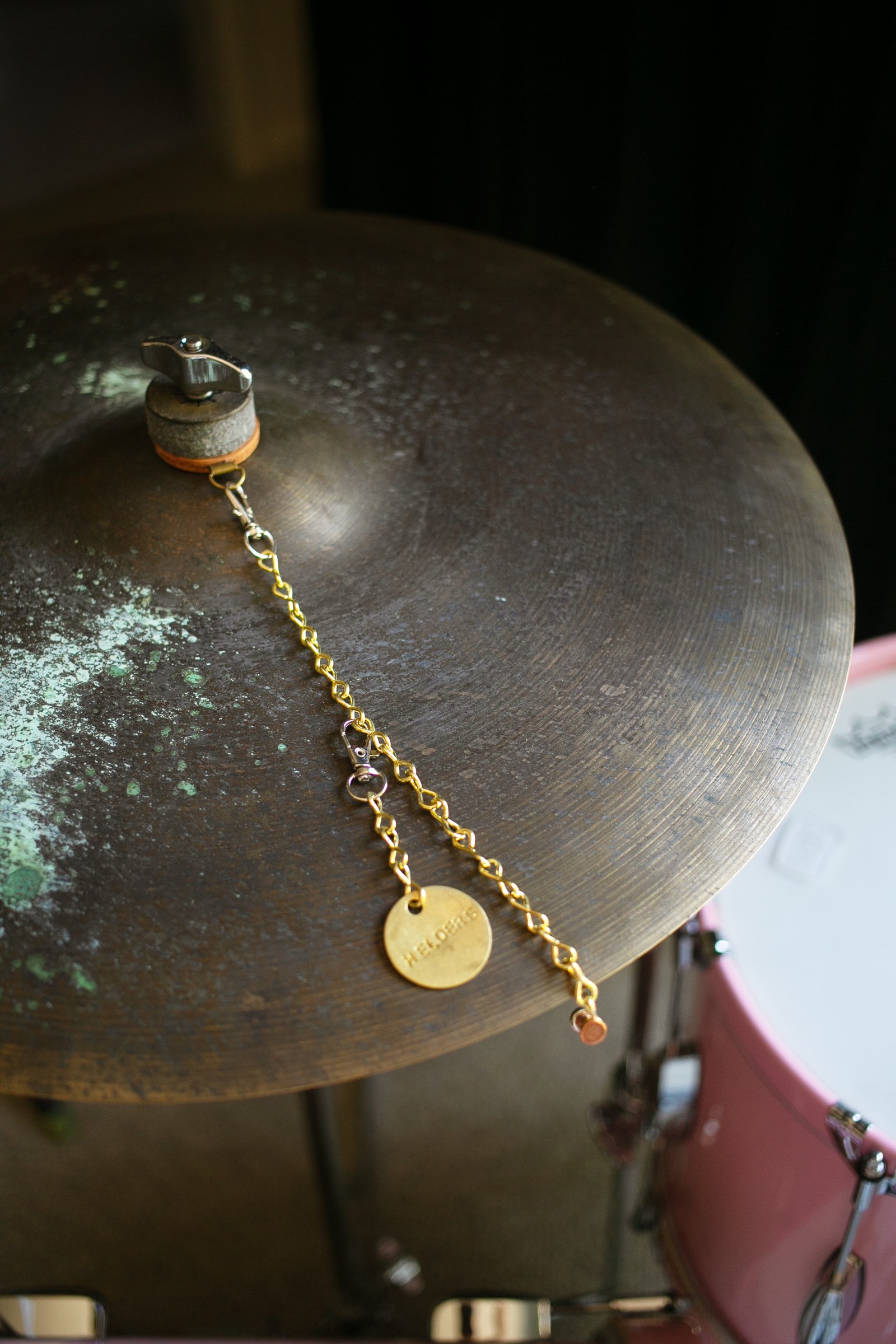 In the master bedroom, a custom walnut wall accent by local woodworker Christopher Norman adds a patina to the contemporary cobalt-and-white shell, while the floor gains a tactile quality, with a blue rug from Empire Rugs. The kids’ bedroom mirrors the knocked-back vibe, with a side table from Amsterdam Modern nodding to the wooden wraparound headboard.

If there were ever an ultimate summer comfort station, it would be the bathrooms in this house. Vintage fixtures from Liz’s Antique Hardware, a stool from Summer Studio, and ocean-inspired tiles by Heath Ceramics in the master bathroom are the perfect cure for the LA sun. The lighting here is not to be forgotten, with characterful sconces from Triple Seven Home channelling a retro feel. “We collaborated with PSS Design to fabricate a tambour oak screen as a partition for the toilet,” says Corinne. The kids’ bathroom favours sunshine shades, with a custom stool by Christopher Norman and chic vintage lighting taking centre stage.

In the bar, Bruno Rey stools from Morentz Gallery, reupholstered in black leather, are the yin to the yang of the white oak bar tables from Summer Studio, while burnt orange linen curtains by Designs of the Time serve as a warm antidote to the cool palette. But the real star of the show here (literally and figuratively) is Matt’s custom drum set by Masters of Maple, which grabs the spotlight, shining just as brightly offstage.